"Play your favourite sports in a science fiction world"

Thanks to the overwhelming challenges of piecing together loads of character control programming, textures and 3D models, my tasks can sometimes feel tough; but the journey is what I enjoy and it keeps me motivated; above all, your comments are an important factor because it helps me see a broader view of how my game can entertain you. 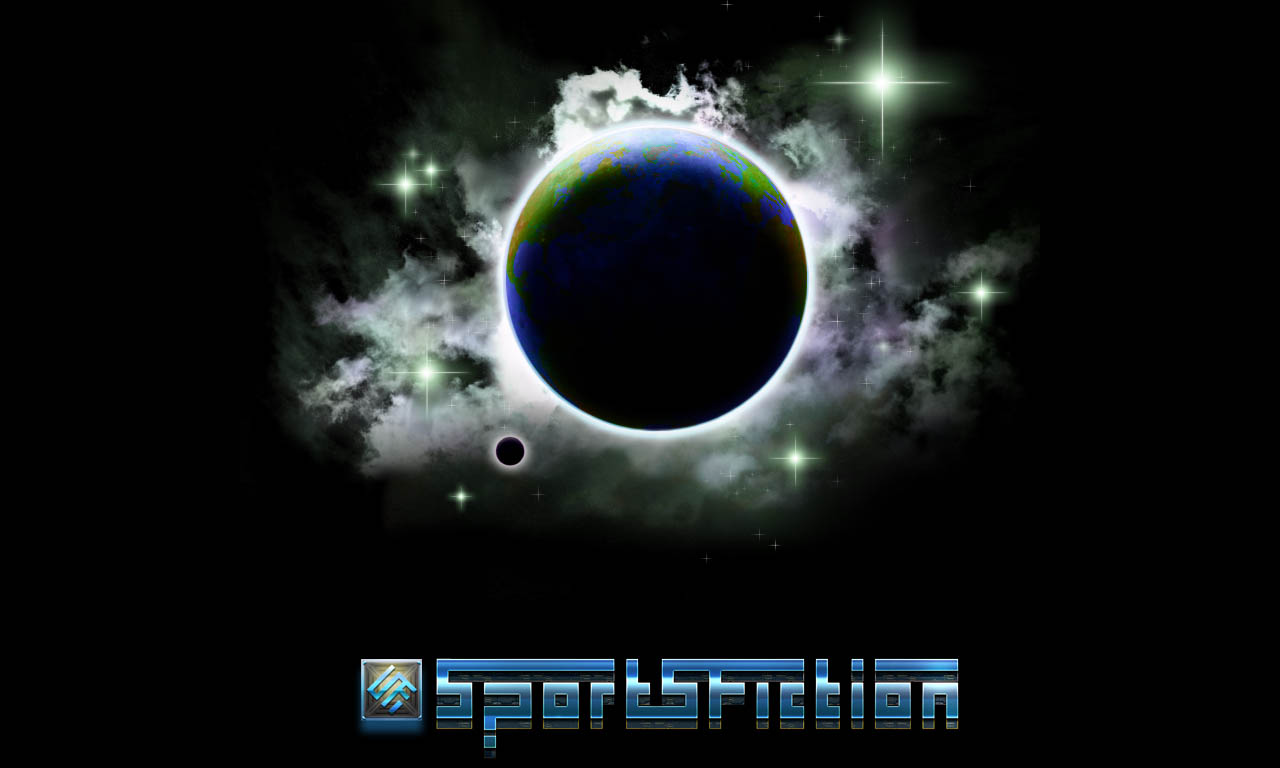 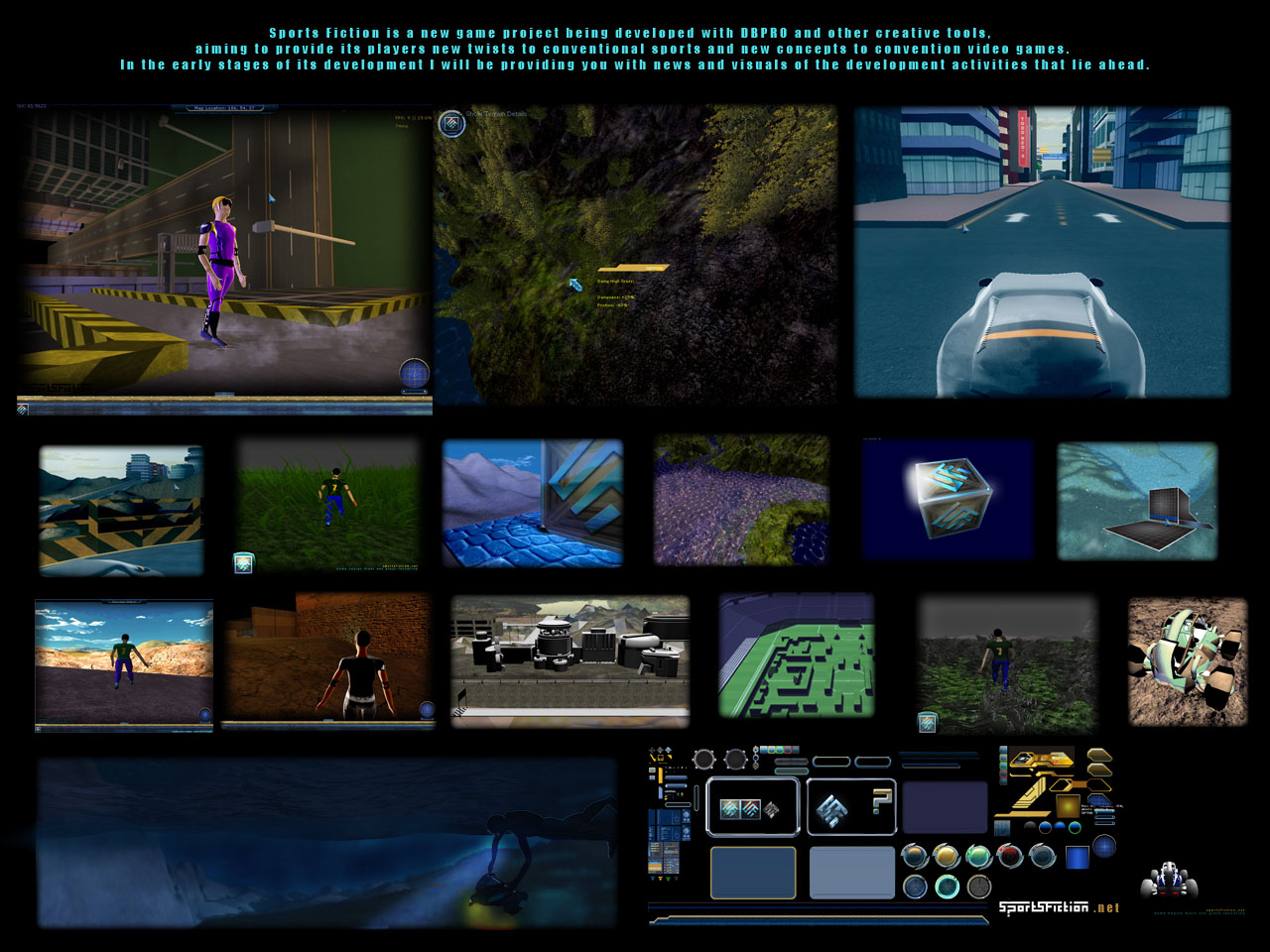 Thanks for voting and helping Sports Fiction on it's quest to become the 2022 Indie of the Year. You are now in with a chance to score some free games. Help this game secure more votes by embedding the widget (or link) we have included below on your favorite sites. 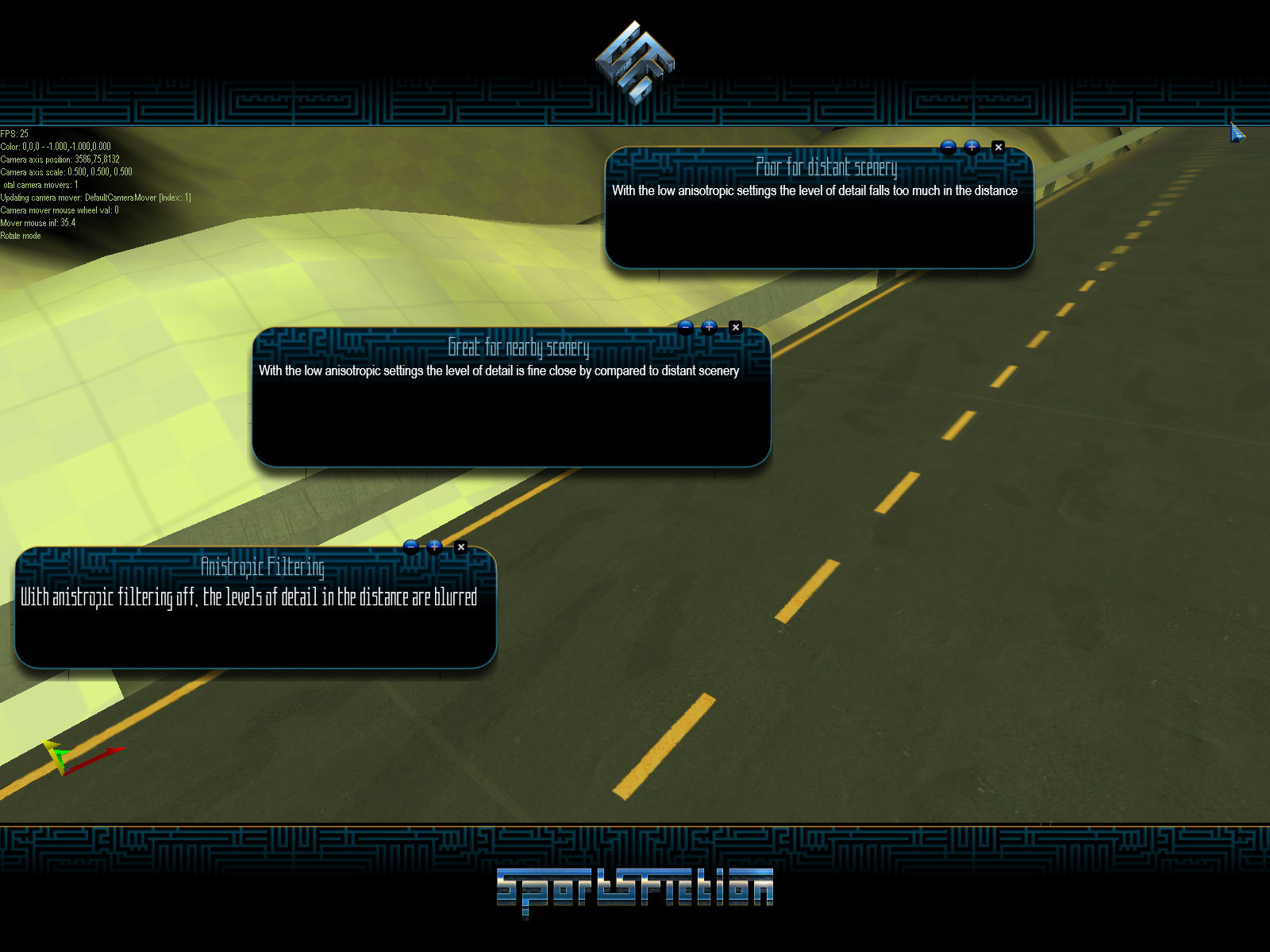 A node system was added to the engine, this is for programming high level functions, events and gaming logic. The nodes are defined in the X-Producer, and then loaded into Sports Fiction defining the sports, campaigns, rules and other aspects of the game's logic. Nodes work like actions which send data through connectors to other nodes, which use the data to produce a desired result. These nodes like most of the entities are XML based.

A rendering system was added to my direct X viewport for the game, and its editor (the X-Producer). This system uses an HLSL shader to apply effects and adjustments for the game view, breaking down the rendering into a series of render layers blended together to produce a final result. I will be refining this system in the near future.

One of the rendering techniques I have explored in recent months is grass shading. There are a number of shader programs under development used for rendering grass at variable distances; which will be crucial for when the time comes to transition from global view, to third-person character view.

More information about the rendering is available at the development blog

The editor being developed for the Sports Fiction project has been called the X-Producer. It contains an array of 26 modules used for producing content for the game and for your own software projects. 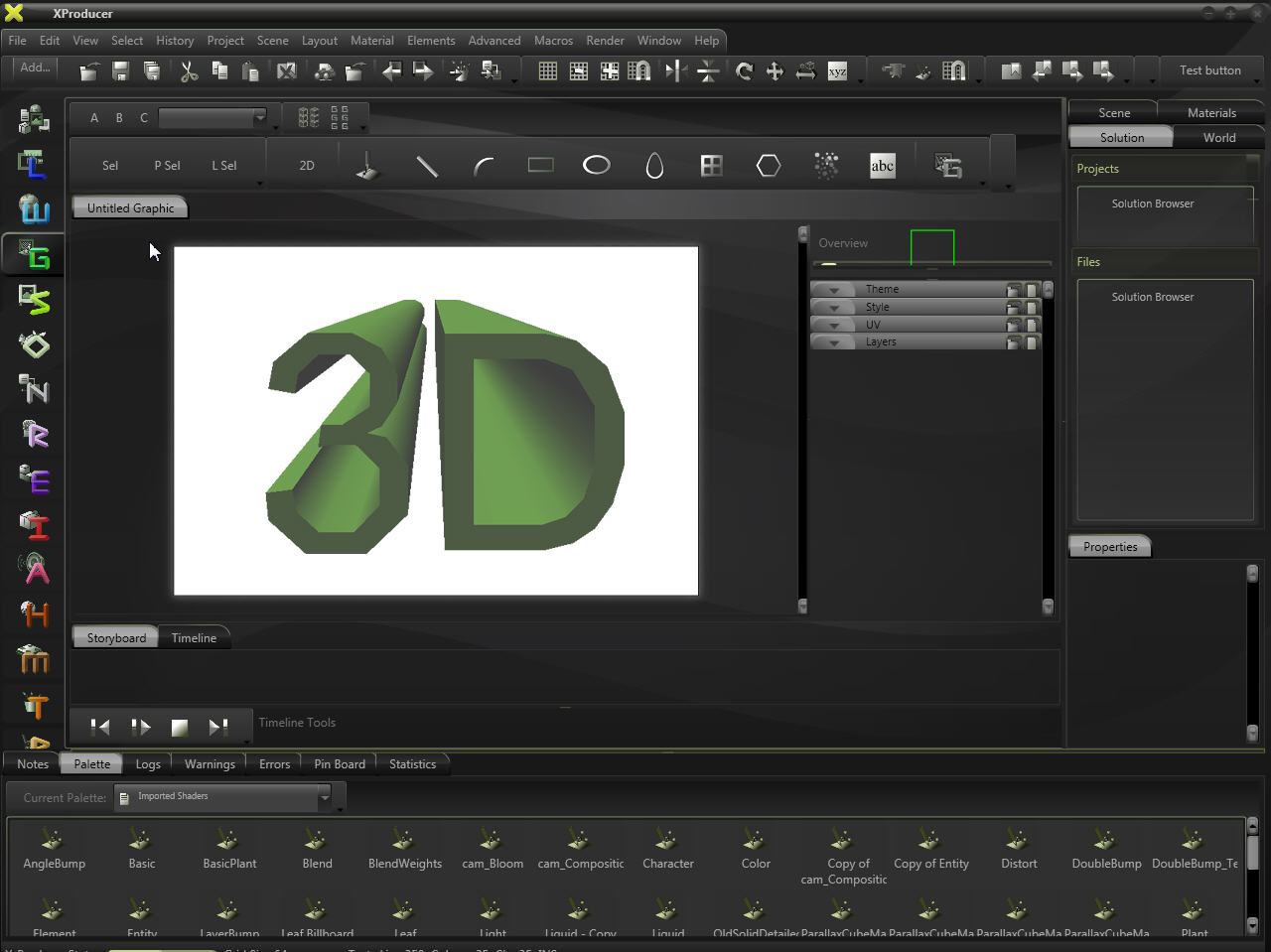 The purpose of the X-Producer

The X-Producer will be the SDK for Sports Fiction modding, a 3D world creator and an IDE for various programming languages used to create my software. It is an editor based on abstraction. You create out of previous creations, and you can create tools which generate such creations for you. A creation can mean anything, for this reason term X is used to represent anything you can think of creating in the production tool.

You can use the X-Producer for whatever you want for your own video game or multimedia creations.

Some of the interesting modules being worked on

One of the 26 editor modules in the X-Producer includes the material editor. I needed to work on my textures and shaders pretty early on. It currently listens to changes made on the material shaders and updates the scene for you, so that you do not need to reload shaders and apply them again to each of the objects in the scenes one by one. 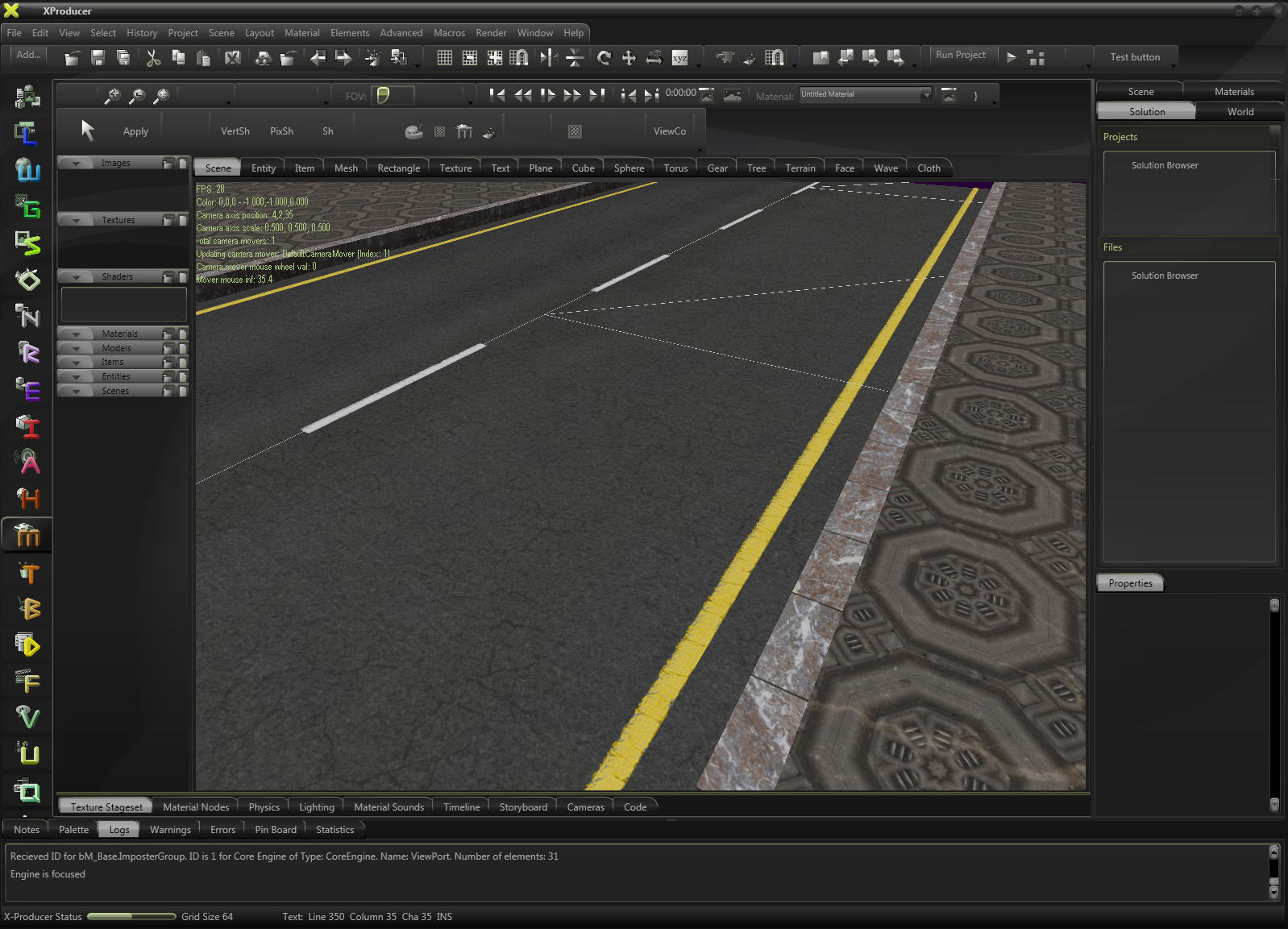 The theme editor is being constructed to create styling and rendering settings for 2D and 3D content which makes use of the given theme.

A prototype of the theme editor's platform level theme designer has been demonstrated in a video for you. The end product will prove useful for 2D video games.

One last example for today's update will be the film editor. This tool will produce animations using a number of interpolation functions and timelines based on the dotNET framework's animation system. Together with direct X the tool will eventually be capable of animating the cut scenes for the Sports Fiction game, and any scenes you intend to build for yours.

The other modules We will have the other modules introduced as time passes, but for those who do not wish to wait, you can check them out in the multipaged development blog.

Here are screenshots of the latest graphics programming and modelling.

On Friday 12th April, I will be stepping out of my secret laboratory to talk a little bit more about what's been happening in the development of sporting...

Thanks to the overwhelming challenges of piecing together sheet loads of character control functions; it has taken a while but finally I am able to load...

Regular expressions can search and manipulate text in a string variable, document or file. Unlike common search and replace functions found in word processors...

Thanks for that. More information added as time goes by. At present such details are being reviewed.

This game seems intriguing... I think we could use more information about what the gameplay will actually be like. What exactly players will do, where they will do it, if the game will be open-world, etc. Perhaps a short article or video?