Defend your kingdom as a powerful god.

Spellgod Island is a fast 2D arcade game set in a surrealistic universe created by it's protagonist. The gameplay is based on making quick and smart choices among a huge variety of spells which, when combined with your accuracy and skill, help you defend your land.

A god called Wangarr was isolated from all that exists for reasons he cannot remember. In his banishment he creates his own universe filled with mystery and wonder. But ruling of his own kingdom gets endangered as he encounters a mysterious force that poisons the land and drives creatures mad. Along with his faithful sidekick Bawul, he embarks on a journey to free his creation from the intrusion. 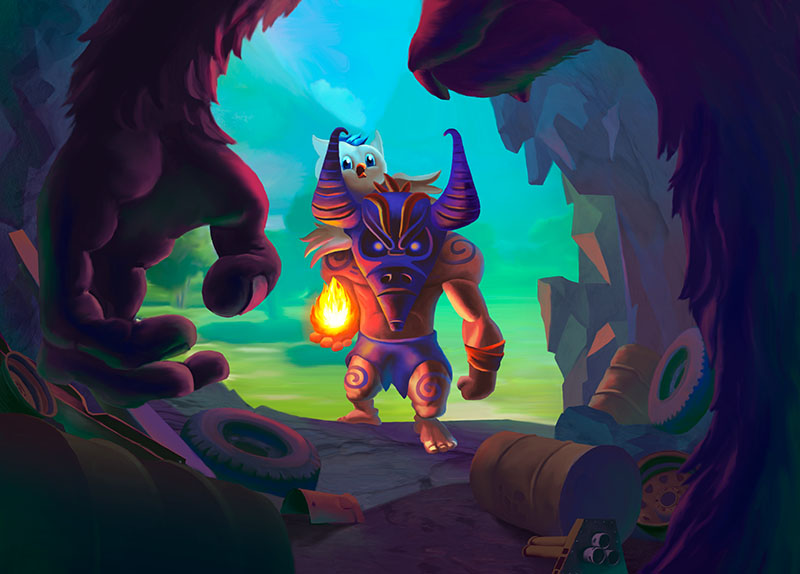 On the main gameplay screen, the player’s avatar is positioned on top, with enemies approaching from below through various labyrinths of levels. The goal is to pick up runes (most of which are single-shot only) of spells with different effects to use them as effectively as possible against enemies with varying characteristics and behaviors. 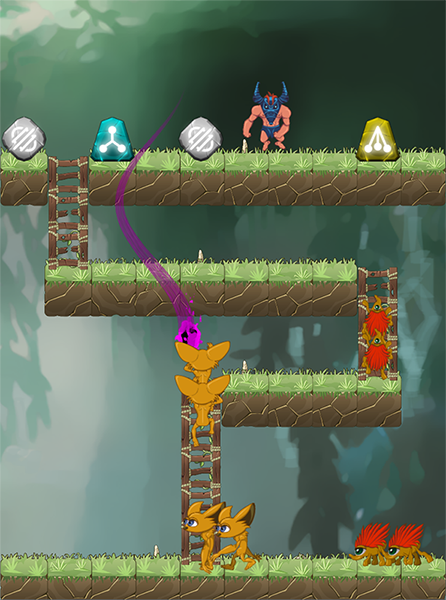 The game includes a multiplayer component which lets you design your own levels for other players to beat. Creating a hard enough level helps you advance through story mode as does raiding other players' levels.

The game will include up to 140 types of spells, each with unique effects! To craft them, you will have to find recipes and resources. This can be done anywhere in the game - in story mode, multiplayer component, even for simply logging in to the game. The more spells you collect the more powerful you become!

To promote Spellgod Island and grow its popularity (top games), use the embed code provided on your homepage, blog, forums and elsewhere you desire. Or try our widget.

Pac-Man 256 is the maze that never ends. But the Glitch is coming for you… - Challenge your friends with local co-op multiplayer mode, up to 4 players...

Developed in America and first released in 1981, Ms. PAC-MAN finally comes to Steam! Move Ms. PAC-MAN up, down, left, and right to eat all the Pac-Dots...

SUPERHOT MEETS HOTLINE MIAMI! ÜberHot is a low resolution Top-Down Shooter where time moves only when you move. This game features intense action of...

Are you looking for some arcade fun? Cublast HD is the platformer that will challenge your agility and puzzle solving skills! Use physics, gravity and...

XCVB is an arcade puzzle game with a steep learning curve and an interesting mechanic. Players must maneuver their way through levels using the controls...