So yeah it's been awhile since I made a real text based update. But here we go. I've making a lot of progress with the game. Such as making new levels, making more concepts, cutscene scripts, new codes, new ideas, etc. I don't really have anything really cool or special to show ATM. I just want to keep working on some things just to make sure it's truly good to be shown.

So just know this game is still alive and for your enjoyment. Here is a draft of the main menu and concept art of Spearvin using one of the many weapons you will get throughout the game.

Yes the long waited update for SATM is here. First have decided to not reboot the game but start out with

Going back (after our short hiatus)

So me and Sam are gonna start working on the game again.

Hello people so I have some new stuff to talk about the game. First off I added some new things and ideas for the game. I have made a new health bar for...

Hi everybody. Today I have a new update first off I have finished the first boss and started working on the second world which is desert themed

Early Demo of Spearvin and the Minhatchers it has 3 levels.

Contains 1 level with a few updates and added content 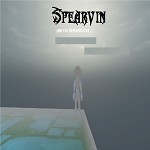 Tags
Embed Buttons
Link to Spearvin and the Minhatchers by selecting a button and using the embed code provided more...

Forward to the Sky Platformer