"Sogni" is a Linear-storytelling game, a sort of interactive movie but I can not define that as I'm not able to reproduce the mechanical properties of games such as "Heavy Rain" or "Beyond: Two Souls".
The subtitle is "The beginning" because this game is only the first part of a larger story that I created. I worked on this game alone and I certainly did my best.
As already mentioned, the basic idea is to create a sort of "Interactive Movie" therefore everything will be based on simple interactions with the world around us, choices in the dialogue (to be polite or rude), some Quick Time Event .
The game is in Italian and English languages but without dubbing because I don't want that a bad dubbing ruins the game.
Sorry for my english and have a good dream!


Beta
version of the game in english language. Tell me what you think about
it! When you will play it be a part of the game, try to feel the emotions
of the character, be a part of the dark... It is 50 minutes long so
there isn't a save system and you have to play it in one time only.
Principally there is only 1 problem: The
illumination of the doors so probably you will see some doors different
from others, I don't know how but I'm trying to solve this.
I recommend use headphones.
-Use WASD to move
-Press ESC to exit from the game
-If a console box will open during the game, just press TAB button

Sogni is coming back and it's also on Patreon!

Three years... I have released Sogni: L'Inizio 3 years ago and the last update has been made 2 years ago, then no more news, no more updates... nothing. But today, after all these years, I made a decision: Start over the development of Sogni using the Unreal Engine 4 adding a new gameplay, a better directing, a longer and deeper story and all the things that can make this game greater! 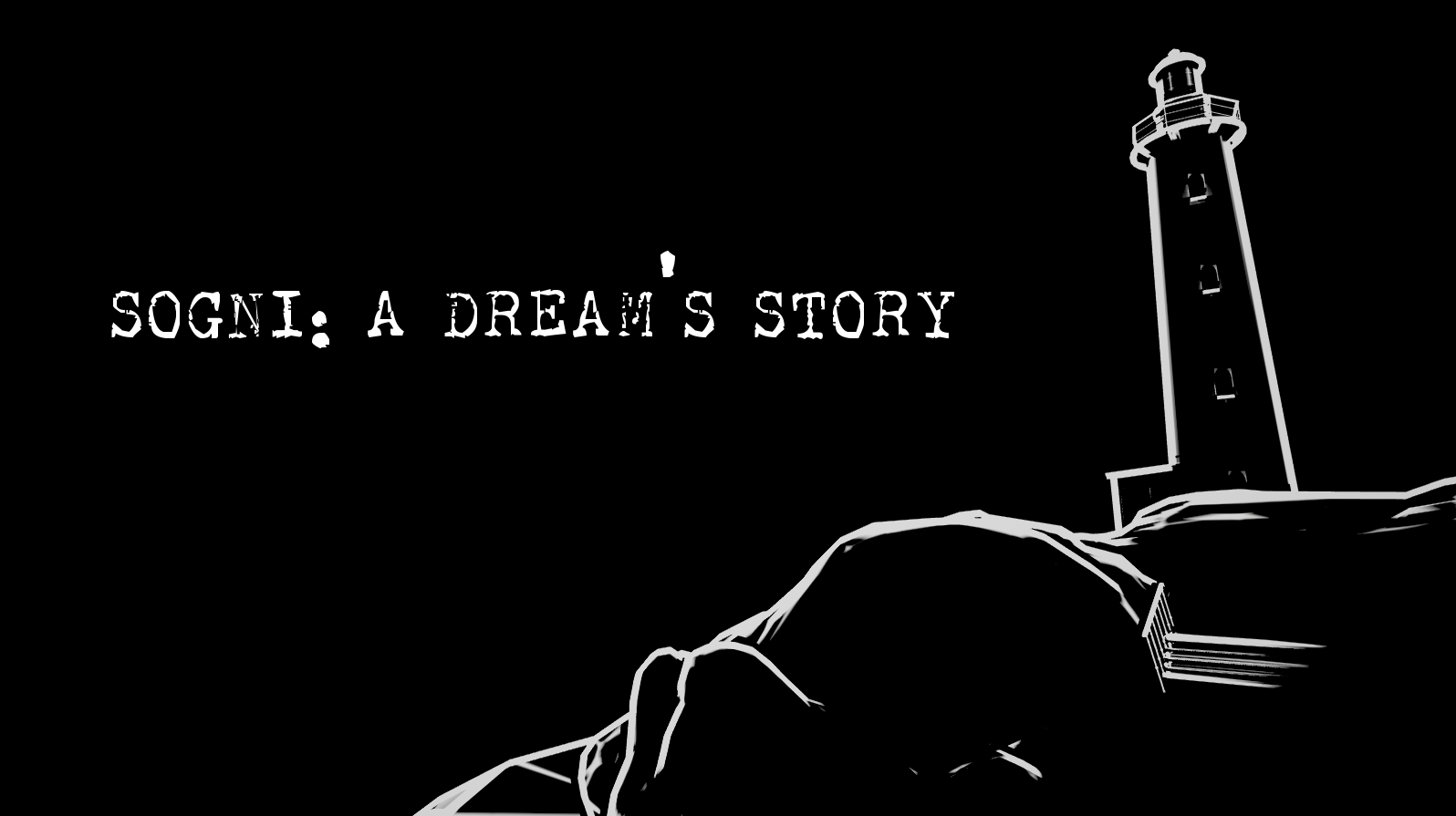 Yes, Sogni is coming back! And you can also help me by supporting me on Patreon, maybe you could also be a part of the game! The name I have chosen so far is "Sogni: A Dream's Story" and it will be a totally different game compared to Sogni: L'Inizio. Why? Well I will try to briefly list the features of this new game:

For the moment, the development process is in its early stages, I am prototyping the new mechanics, adding a good Dialogue System, an Inventory System, etc. but for the moment the game is just an "Embryo".

There are a lot of things that will be changed in this game and I really look forward to tell you more about "Sogni: A Dream's Story". I will create a new Game Page as soon as I get new materials to show but I wanted to let you know about this decision so I hope that both who played Sogni and who did not will appreciate this new project. As I already said, if you want, you can support me on Patreon and you will allow me to create the game you were searching for!

See you soon! Have a good dream!

Sogni: L'Inizio has been updated to V 1.03 for the english versione and to V 1.02 for the italian version. This will probably be the last update for the...

The beta of the game has been updated to V1.02 for the English version and to V1.01 for the Italian version.

Finally my first game is ready and it's released, download it!

The game is almost ready!

The develompent of the game is almost done so be prepared for the release!

Beta of the english version of Sogni: L'inizio is here! Tell me what you think about it and please give a vote! -V1.03- Introduction is now faster; added...

The game over-all is pretty awesome. I am currently enjoying the story you were trying to tell here and i cant wait for more from you. The art style is awesome and the audio is spot on.

A Couple of things i would say negatively about the game, is about the pace of the narrative, like your subtitles, take to long to proceed through. "Ready?" <- this took 20 seconds to go away, i read it in 1.

Other than that the game is flat out amazing and deserves more attention, hopefully things will continue to go well through my playthrough, and you have a great night.

Thank you very much, I'm just watching the video :)
You're right about the problem that you mentioned, I will deserve more attention!
When you will complete the game please give a vote :D

This looks like a cool game. Ill defenitely make a video about this game.
I got a question though.

Mediafire has A LOT of popups and because of that I really dislike the site.

Since I can not find the sit key anymore.

By uploading the downloads to indieb your game will also be visible under the 'Downloads' section of Indiedb itself, this way more people see your game.

To err the human Visual Novel