When a strange signal is detected in deep space the Federation orders Smith and Winston to go and investigate. What they find, after a brief nap, is a shattered ring world, aliens and an evil overlord called the VOID.

After crashing in to the ring world, due to a slight navigation error involving hitting an asteroid, you guide Smith and Winston through this strange new world.

Shippy, your ship, is there to help or maybe she's there to kill you? Who knows? Either way, if you're going to get home for another nap you'll need to collect power cubes to repair Shippy! 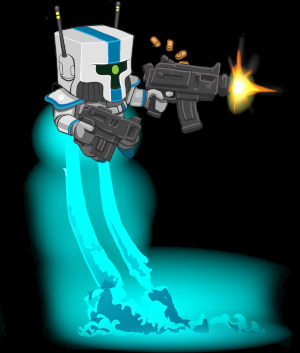 Armed with a standard issue jet pack for dashing and short flights, a mining laser for, well mining, and a peashooter for self defence you must explore and destroy.

Loot the enemy bases, pick up any extra weapons you find, uncover the mystery of the strange signal and eventually fight evil itself in the form of the VOID!

OUT NOW! Smith and Winston Released 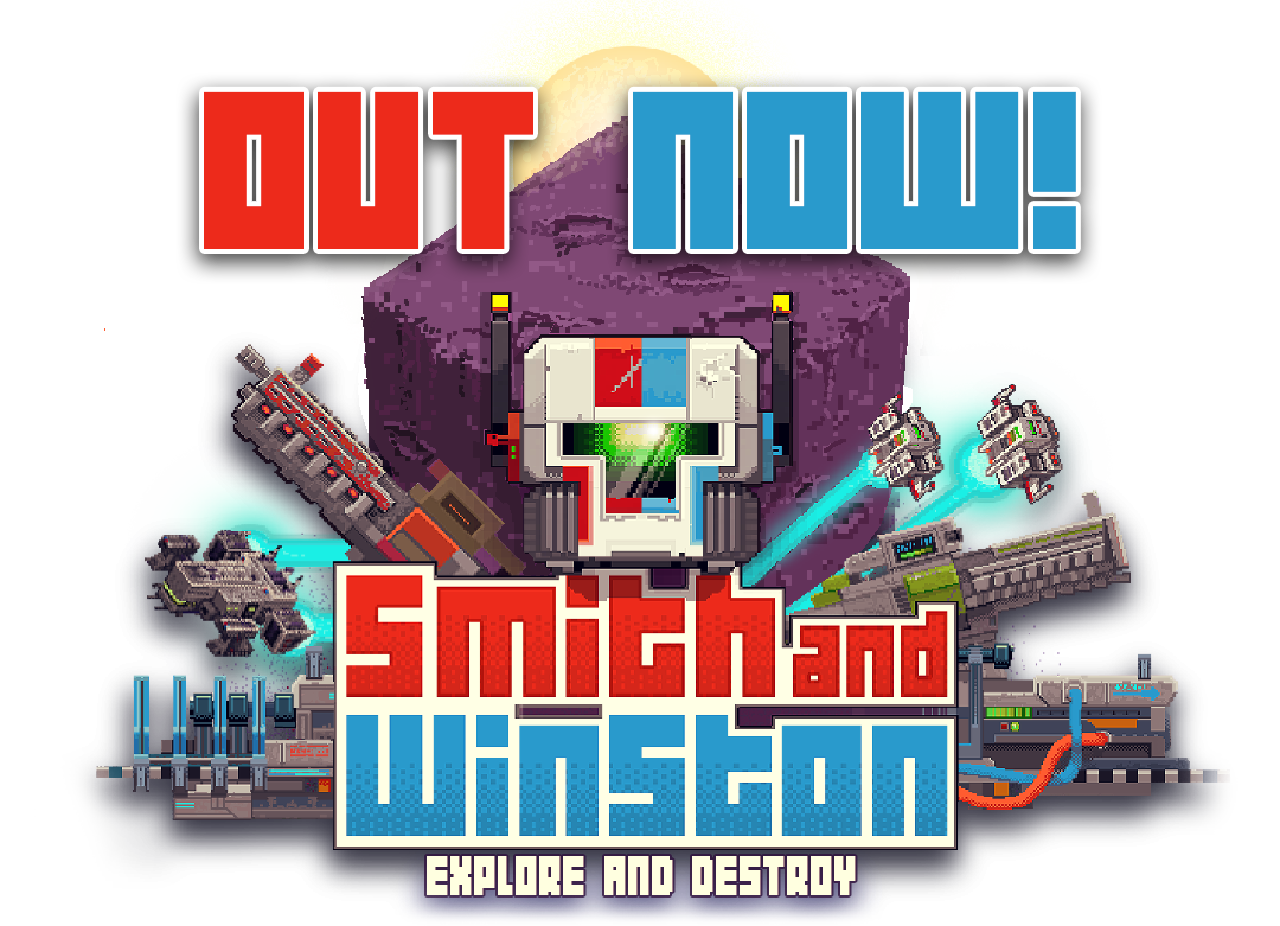 Smith and Winston. Out now on Steam or Itch.io!

Take on the roll of Smith or Winston in a fun twin stick action adventure set in a shattered voxel ring world. Accompanied by a sarcastic spaceship AI known as Shippy, play single player or gang up for two player couch coop.

When a strange signal is detected in deep space the Federation orders you to go and investigate. Along the way discover the ruins of an ancient race, kill and loot the alien invaders and uncover the dastardly plot of an enigmatic evil known only as the…..VOID!

Use your trusty jet pack to boost between islands finding new parts of the map while utilizing the ancient teleport system to unlock new areas. Pick up an arsenal of weapons and use them to defeat the minions of the VOID. Shoot, blast and explode through the map in a world where virtually everything can be destroyed.

Check all this all out in our new trailer below.

Cooperate with your Buddies.

Smith and Winston has a classic split screen two player local co-op mode. It also features an innovative buddy mode where you can play with your children or “friends that suck”! In buddy mode player two can’t be shot give hem a chance to join in the adventure without fear.

All this is available on Steam to purchase, or if itch.io is more your thing you can get it here on Itch.io too.

Smith and Winston has a release date for the full and finished game. It's all done and dusted and we're preparing to release on the 27th August. And to...

Another Update: The Chopper BOSS!

Some info on our latest update, #4 to be exact. With a myriad of bug fixes and a new boss!

Smith and Winston is a twin-stick explora-shooter with limitless destruction, hand-crafted, high definition voxel levels and the philosophy that “if...

Smith and Winston is now in Early Access Win/Linux/Mac

Looks pretty awesome. In what language are you developing this?

We're using C++ for the engine, lua for the scripting, python for the utilities and English for the chatting :)

There is some more info on our engine here if you're interested: Executionunit.com

Haha. Your article motivated me even more to make my own engine. I recently started dabbling with opengl. I'm using opengl with glut. How much different would it be to use bgfx for rendering? I'm a newbie in graphics programming.
Btw, your editor looks awesome.

BGFX isn't easy for a beginner IMHO. It's a great API but it's quite advanced and pretty low level. I'd stick with OpenGL/GLUT and when you've learned some more and are starting a new project dabble with BGFX.

Glad my blog helped to motivate you :) Keep working and you'll get there, we all start at the beginning :)

Thanks. I wouldn't mind an article about creating an editor if you get time :)

now, that is a mammoth endevour. Would be fun to write :)

looks good
i hope my patato pc run it

Cheers for the comment, and thanks for adding us to your favourites :)