Incarnate a hero and progress in a fantastic adventure full of numerous quests. Explore a fantasy world and discover an innovative magic environment. Get ready to face countless terrifying creatures and formidable bosses that inhabit the lands of the Nelwë kingdom. Develop more than 130 spells and skills and surround yourself with the best companions to become the hero who will combat the coming of the Order of Nothingness.

J. Rousseau, Project Manager for Silverfall speaks about the future of CRPG-s

Extract from the RPG Vault's RPG Roundtable series of interviews #7, published on July 10, 2007 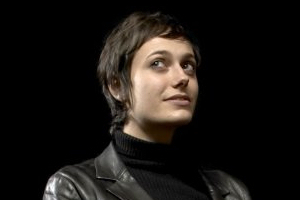 The RPG genre includes quite different type of games - from Diablo to Final Fantasy, not even mentioning others - so talking generally about them seems rather perilous, their mechanics being so dissimilar even if they have common points. However, beyond these differences, regarding what RPGs offer or should offer in terms of fun, I know, as a player myself, what I like and why. I also have my favorites, even some very old games I regularly take out of the cupboard because their gameplay is so excellent. Some of the oldest mechanics are the ones I like the most, and I still can have fun for hours with classic RPGs.

Far from remaining with arms crossed in front of the RPG genre as it exists now, I think we all have the mission to find ways to modernize it without disavowing it completely


But as a developer, I have a different point of view; it seems impossible to me to be satisfied by the gameplay and by the fun provided by many current games of any kind because working on video games as a designer should mean having the desire to do better, to go farther, to bring something new, to question what's usual. When I look at games nowadays, even and maybe especially mine, I cannot stop myself from wanting more or regretting some of their systematic elements.For example, I hate the idea of the pig keeper who must forthwith leave to save the world because of a possible demon invasion linked to a legendary prophecy in which he is, obviously, the main actor. In some RPGs, particularly hack'n'slash, this kind of scenario is almost compulsory. I've had to follow this hackneyed - and we must admit idiotic - framework myself because "It's what players expect, and anyway, nobody cares about the scenario in this type of game." Or so some publishers say, even if, of course, billions of other possibilities as heroic as saving the world are imaginable... and without mentioning that after the third add-on, we wonder what could possibly cause another apocalypse. But we must admit that ambient conformism is undoubtedly the first enemy of the designer. It is almost impossible to find a publisher for a game that's a little non-standard, or for a new mixture. And even if you do find one, in the end, your game may well be brought back to something more conventional. However, can we tolerate letting RPGs drown in the fantasy cliché, with its old, even decaying mechanisms and endless remakes? It is obvious that the answer is no, but I think that wanting to make a clean sweep of everything and to create everything from scratch again wouldn't be a good idea either. Some mechanisms are the essence of RPGs; for example, growing in experience is part of it, and an element from which many players take great pleasure. Dozens of experience gain systems already exist, and there will probably be dozens more we have yet to imagine. The point is finding better ones, not dismissing the concept of experience. Far from remaining with arms crossed in front of the RPG genre as it exists now, I think we all have the mission to find ways to modernize it without disavowing it completely, and to find the right balance between the changes we want to make and the conformism expected from or imposed upon this kind of product.

Links to the 1-6 "Making of Silverfall" videos in HQ, but only in French language.

To win, the player must take sides between the two great powers that share the world today: nature and technology. Throughout his adventure and during...

Elys who is a supposedly German competitor has brought us to the German Silverfall forums this perfect little gem for letting us to be able to mod Silverfall...

Elys who is a supposedly German competitor has brought us to the German Silverfall forums this perfect little gem for letting us to be able to mod Silverfall...

Alpha version is available. Please try it and enjoy. It works with every save game and every character!

The patch features new improvements for multiplayer, interface and gameplay, and contains all previous corrections.

Atari has released Patch 1.16 for Silverfall.

Are there a PSP version for this game? It would be awesome if it's out..

It's a really nice ARPG. Too bad it didn't get attention.

Please only vote if you play the 1.17 Patch with no editor installed!
That's the way the game is meant to be played!
Thank you,
Ed

The Wolf Among Us Adventure