A hand-drawn nerdventure made with love and free-range pixels.

Sustainability in times of magic? Yes, indeed, even fairytale kingdoms have their fair amount of problems and they are totally up to date. Fire-breathing dragons? Cannibalistic witches? Sooooo pre-millennial.

This story starts, as so many good stories do, in a basement. Down there you will meet your fellow pen & paper RPG enthusiasts and join them for an epic game of “Dice & Doom”:

Your quest: To save the once picturesque kingdom of Mirrormore from an ominous evil.

Immersed in the game within the game, you and Trudie set out on a fantastic road trip through a kingdom in demise. Along the way you'll meet curious NPCs like a guerilla unicorn, an artistic giant or a woodcutter drag queen. On your search for the source of all evil, you'll encounter puzzles, fight pollution, deforestation and, ultimately, The Boss. And, of course, skill your character. 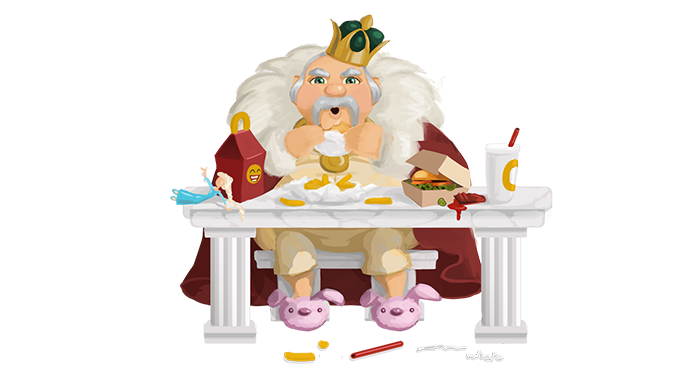 During your quest, Trudie, the vegan carnivorous plant, is not only a great crafting aid, she's also part of an integrated help system providing you with hints if you need them. The GM and even the taciturn Henry aren’t far away from the action either.

Make a sandwich, grab your towel and save Mirrormore – 21st century style!

To promote Siebenstreich's Nerdventure and grow its popularity (top games), use the embed code provided on your homepage, blog, forums and elsewhere you desire. Or try our widget.

Do you have an insatiable hunger for sheep? Well I have good news for you! You might actually be a dragon! Don’t worry too much if you don’t feel...

What will you leave behind? Spiritfarer is a cozy management game about dying. You play Stella, ferrymaster to the deceased, a Spiritfarer. Build a boat...

In this interactive picture book, hand-drawn illustrations and animations with a high level of detail create an enchanted world with custom composed music...

Digimon World Lost Soul Was Made In RPG Maker MV, And Battle System Are Gonna Be Similar To Dawn/Dusk/DS/LE.

Released by Ubisoft in 2005, this game allows the player to play as both man and Kong as they traverse through the mysterious Skull Island, recreating...

Mario is invited to Peach's castle, but when he arrives Peach is nowhere to be seen. He soon learns from Toad that Bowser has once again kidnapped her...