SHIRO is a puzzle game set in early Japan, transforming your smart device into a lacquer box full of stories and enigmas: You reconcile past and present with empress Gemmei, travel through dark forests to invite spirits to the shrine of old Yoshida, and climb Mount Inari in southern Kyoto with an outcast fox. Puzzle by puzzle, word by word you will dive deeper into language, culture and contemplation. 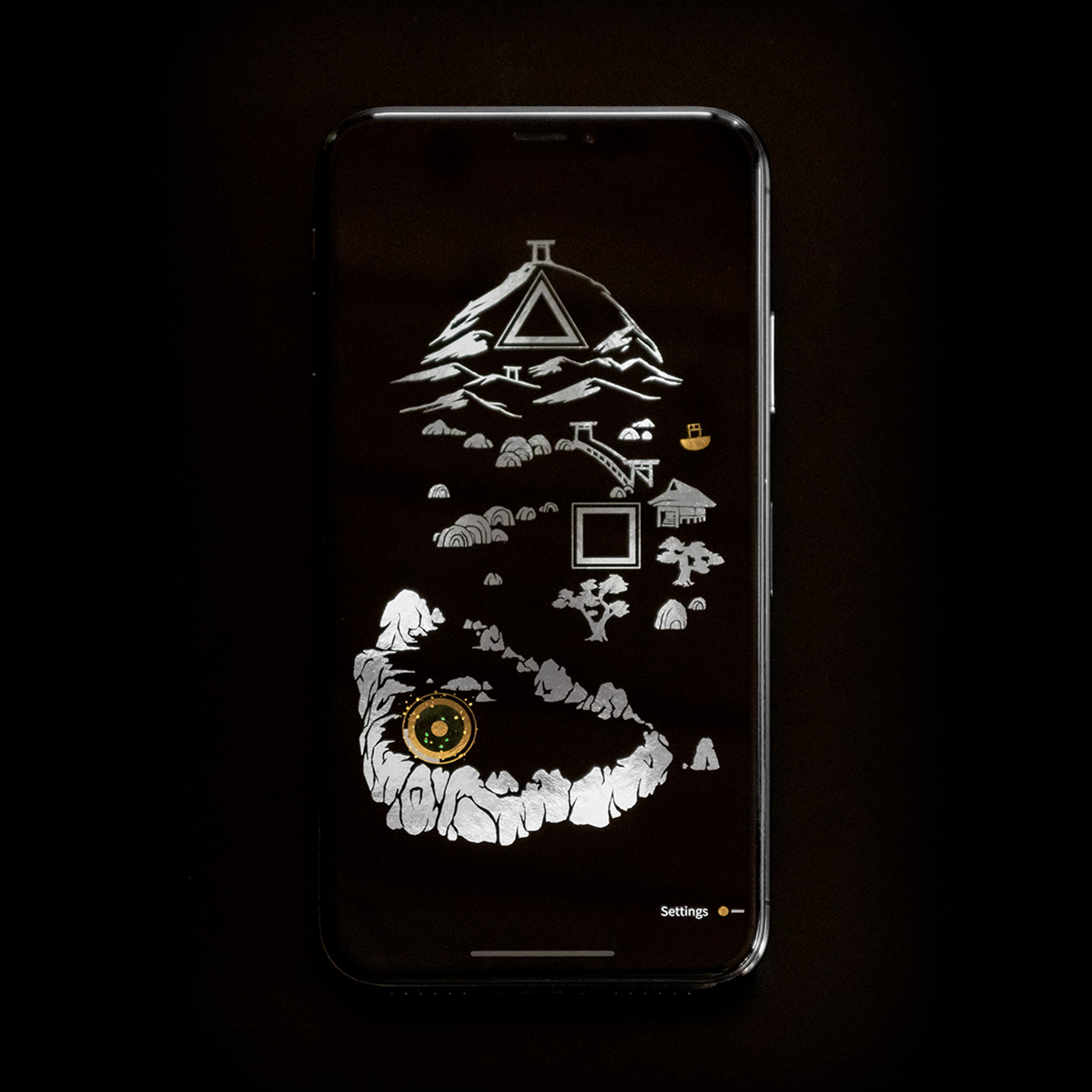 This year, we are among the 21 Stuganeers who have been chosen to live and work together in the Swedish woods. Stugan is a 7 week program for game developers in which every participant works on their game. To apply (and if you are an indie, you definitely should), you send in a 90 second long video with your game idea and the goal you want to reach during your stay. For SHI•RO, our goal is to work on MIDORI and AKA, SHI•RO’s second and third part.

The Stuganeers live in cabins with comfy beds and saunas, but share a big house with a dining area, a kicker (which, as we learned, is (unreasonably) called Fußball table in English), a big terrasse, and a large working area consisting of smaller rooms. Located near a lake and a forest, we hike, run, swim – and lie in the hammock during breaks. It is very easy to dive into concentrated, productive work when everyone is so motivated, talented and nice! We also have mentors visiting us and their feedback – as much as the feedback of the other Stuganeers – help us to improve our game SHI•RO. 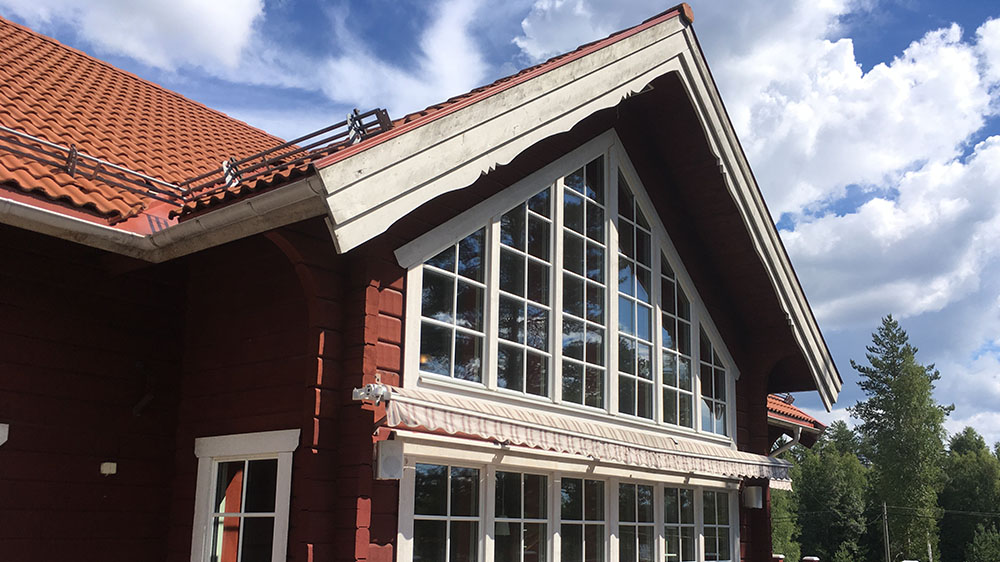 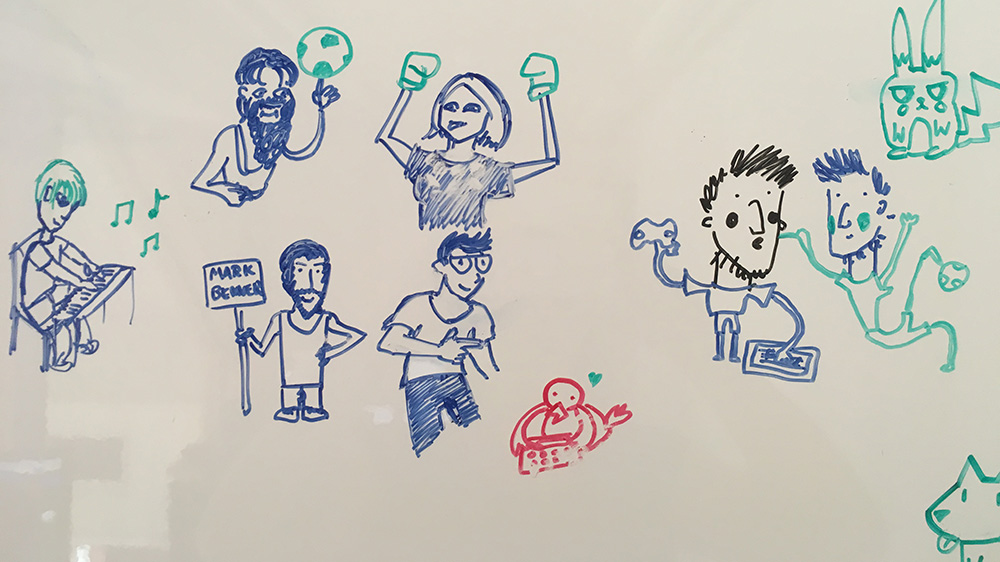 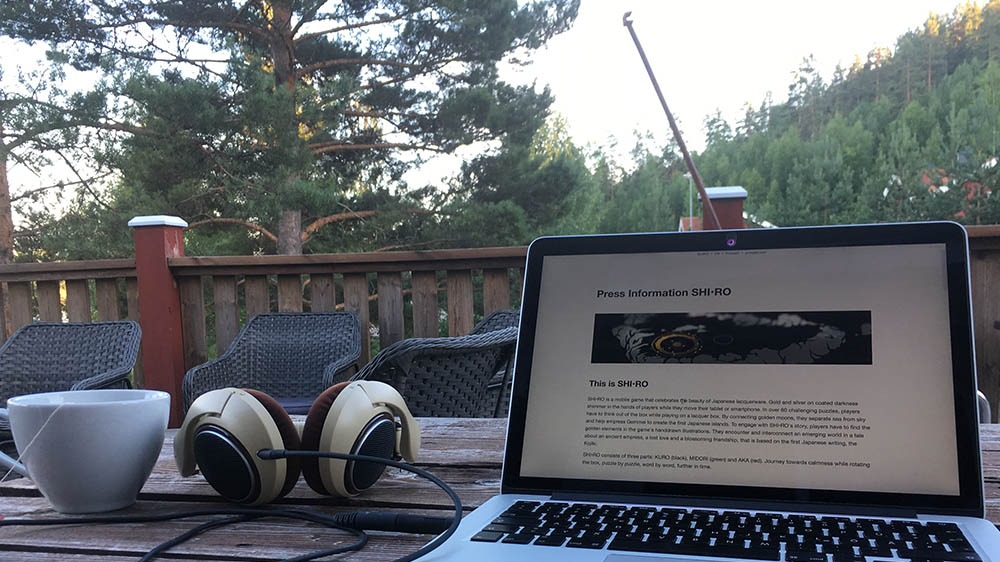 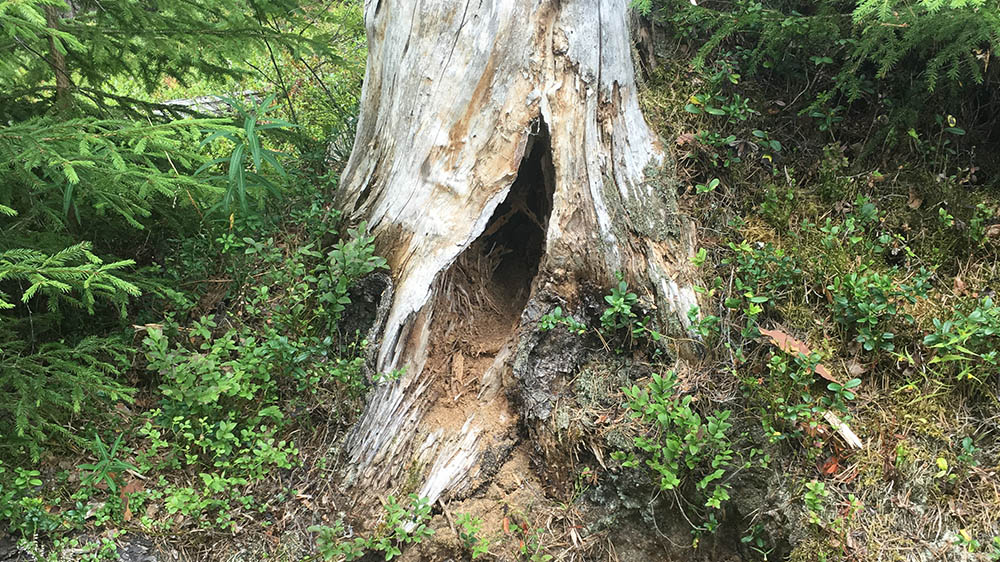 During the first few days, we connected a few loose strings in SHI•RO’s code and rebuilt SHI•RO’s website play-shiro.com. The page is now mobile friendly, which makes a lot of sense for a mobile game. Design-wise and language-wise, the feedback of the other Stuganeers helped a lot and we hope that the new website communicates the core concepts behind the game. 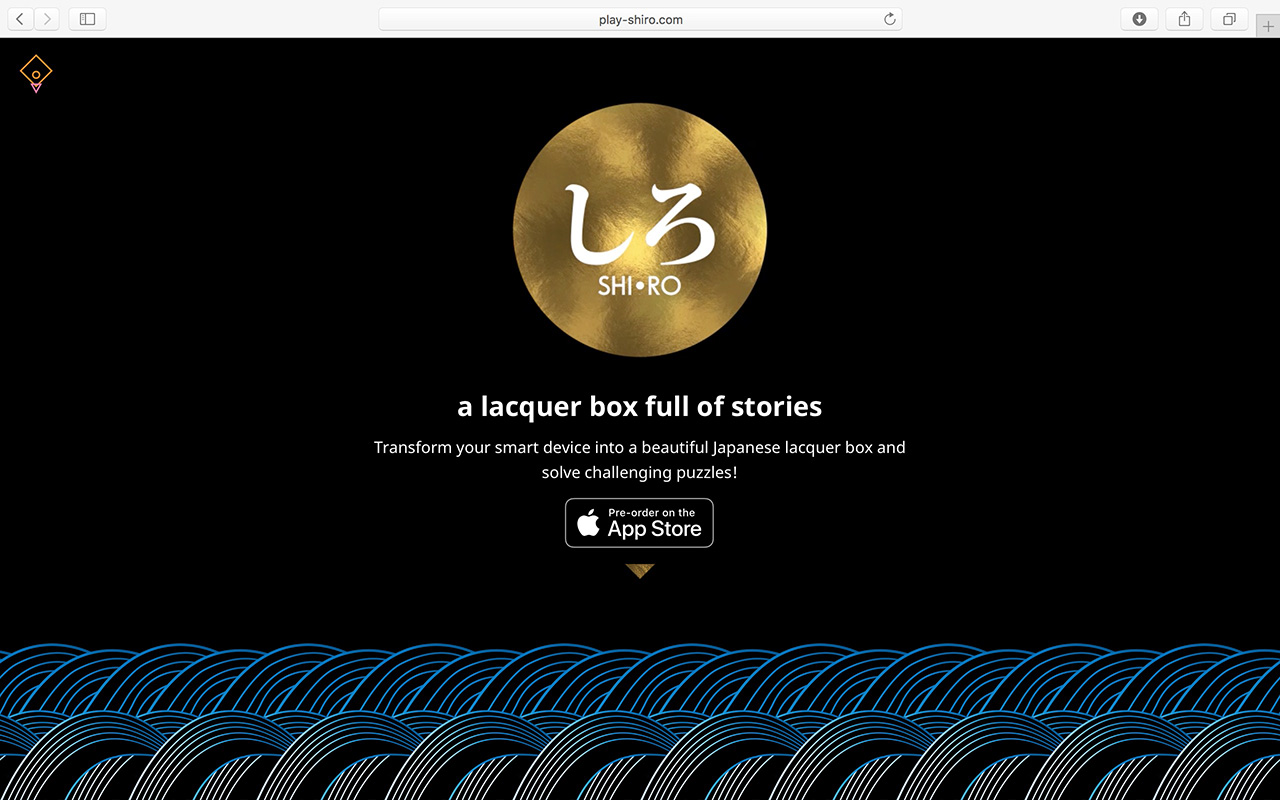 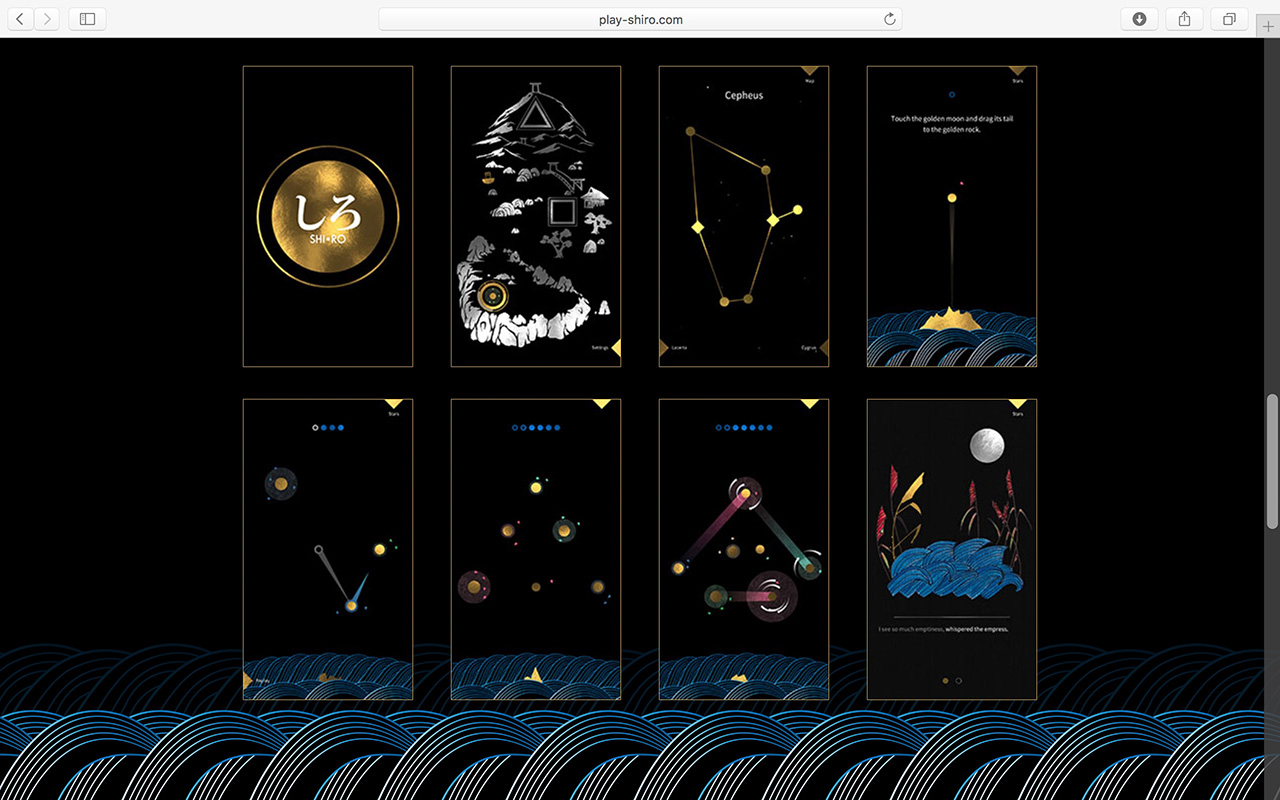 Those of you who have followed SHI•RO’s development already know that we have reworked and improved the UI again and again. Until a few days ago, we used golden triangles to indicate the directions in which users could swipe. We now use a more subtle and clear indicator. The new design is better at communicating that a swipe, and not a touch, is required. It also looks better on the iPhone X. 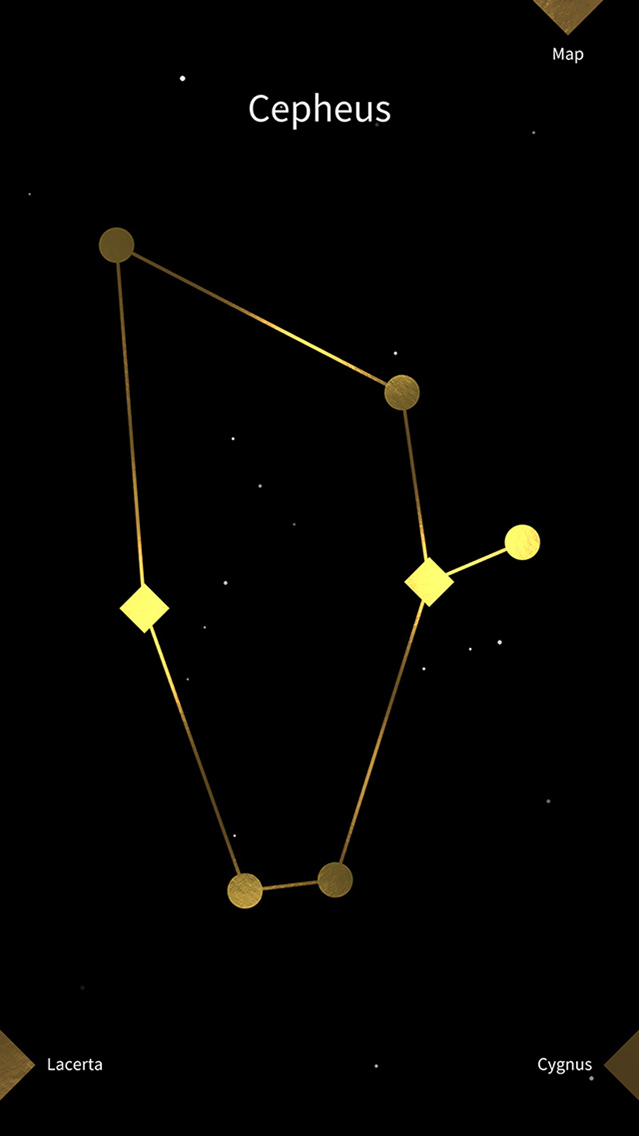 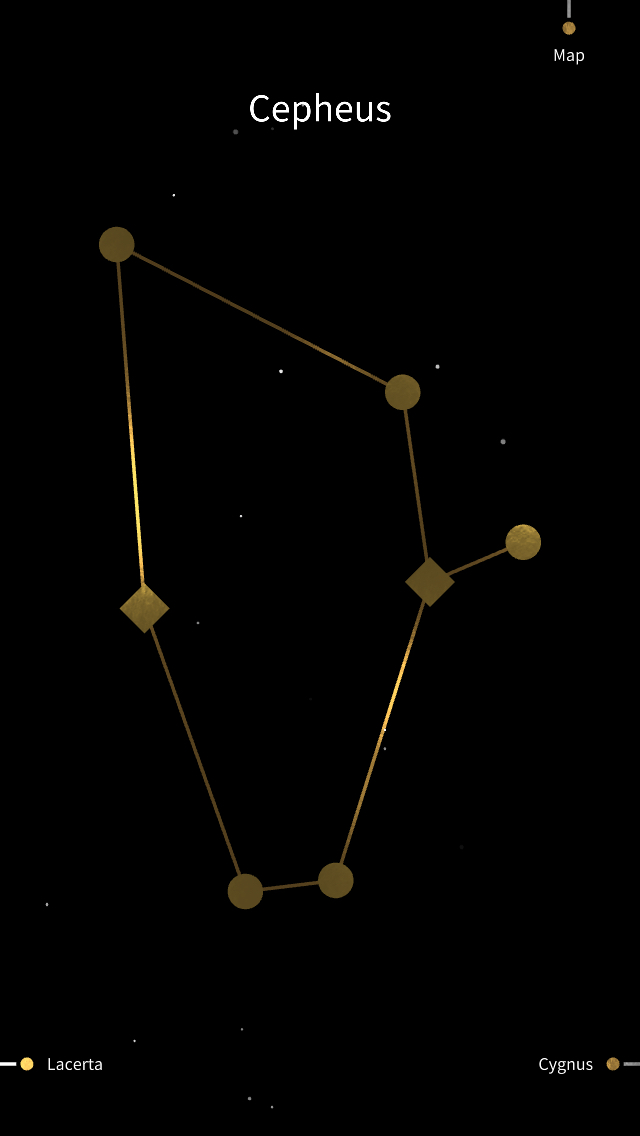 Regarding the App Store we played around with a bunch of different icon designs and received a heap of helpful feedback on Twitter and on Stugan’s internal Slack Channel. 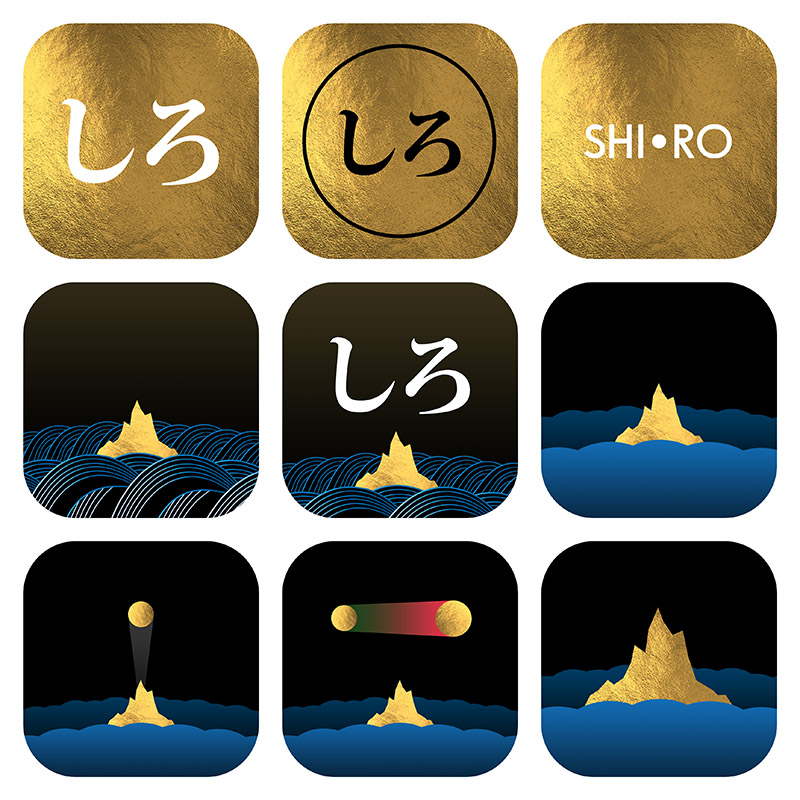 In MIDORI, players will join the journey of priest Yoshida, who travels through Japan to invite all the gods to a Kyoto that lies in ruins. Because of the destructive Ōnin War, the people have lost all their hope.

We have finished the first draft of the story for MIDORI and are looking forward to creating more illustrations.

AKA – Climbing a mountain ⛩

AKA tells the story of a fox who meets old Yoshida at the bottom of Mount Inari. Yoshida is too old to climb the steep mountain, but since he wishes to ask the gods of Inari to visit his shrine, he urges the fox to help him. The fox however is not one of Inari’s messengers, since he has trouble concentrating. But with a trick that he learns from his new friend, he starts his adventure. 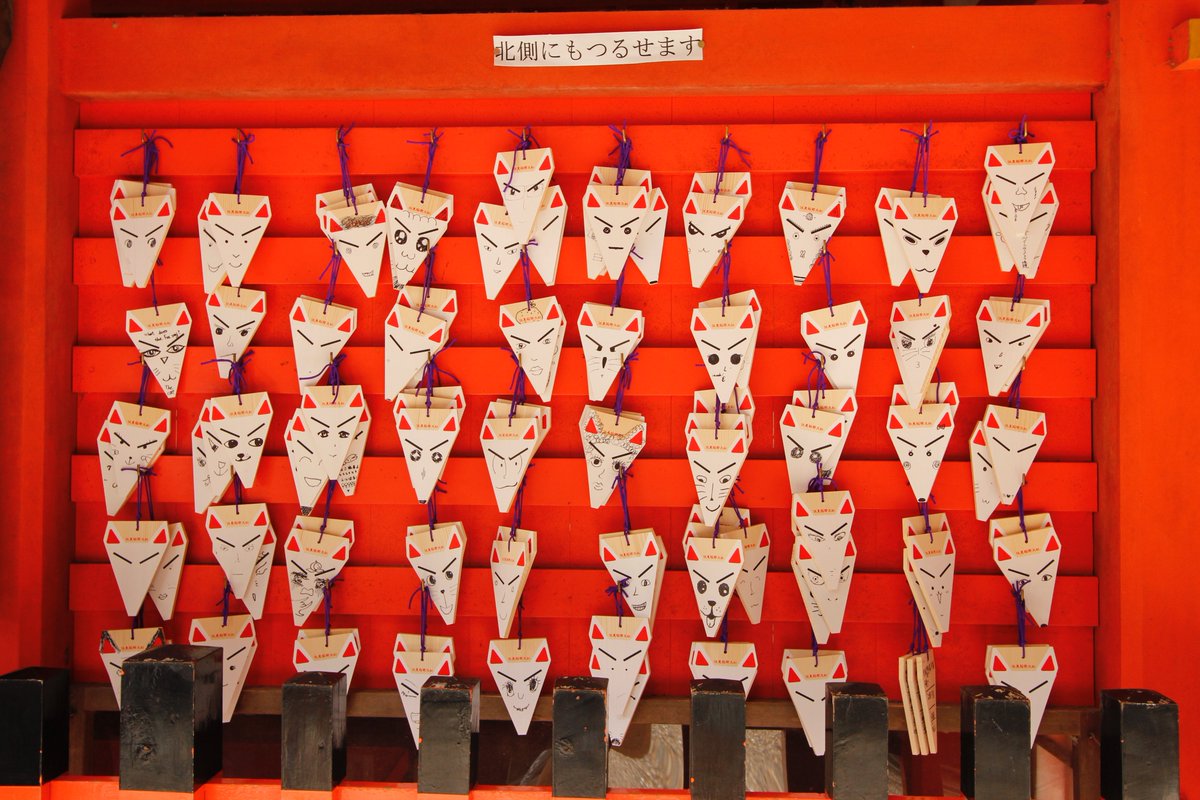 We are super happy and grateful to be here and we’re getting a bunch of work done. We post regularly on our SHI•RO Twitter account, and we do have a newsletter at the bottom of play-shiro.com, so please say Hi.

A new devlog for SHIRO, a mobile game that celebrates the beauty of Japanese lacquerware, is out! We discuss the material resemblance of lacquerware and...

Some thoughts on our workflow and the progress we made regarding UI, Design, Story and Sound of our puzzlegame SHIRO.