Two small (texture replacement and/or with small gameplay tweaks) mods for Shadowgrounds are now supported on Desura. In fact, these two are the only released ones - although both installments of Shadowgrounds have an extensive modding support, there's very little modding activity from the community itself, and more SG levels than mods saw daylight.

Shadowgrounds is easily moddable, all you need is to copy appropriate game files to your own directory in "Mods" folder and start changing textures, scripts, etc. There's also one hidden flaw - there are no model exporters/importers released.

On the other hand, source code of Shadowgrounds and its sequel executables are available. Perhaps there's still much room to mod independent games such as SG. 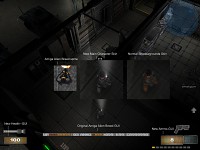 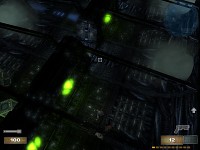 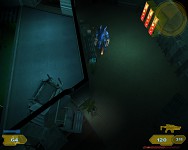 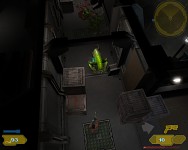 Desura supports mods for other indie games - if you find anything made for indies, you can add it to ModDB/IndieDB and/or drop a line.

The Humble Indie Bundle is back. You can get five games without DRM, four of them for Linux and Mac and you can pay what you want. The Games are Trine...

A 3rd person action game, reminiscent of the Breed series, Shadowgrounds and its sequel are now on Desura!

A mod for Shadowgrounds by Dex. The special version that also contains Alien/Alien Breed style textures for alien environments.

A mod for Shadowgrounds by Dex. The standard version.

The first release of a very small mod tweaking some of Shadowgrounds game mechanics (for example, pistol/rifle/shotgun clip sizes, cost of upgrades, etc...

The latest patch is a unified 1.05 patch that removes copy protection from all versions, fixes minor technical and gameplay issues and has some features...

With the Level Editor, modders are able to create totally new missions, even story-based campaigns and distribute them to other gamers, who can easily...

The patch features some minor fixes within the game and some additional features. The patch also prepares the game to support the upcoming downloadable...

I grabbed the demo for this and survivor off LGP before buying here. In both cases I get "Cannot open shared library /usr/lib/alsa-lib/libasound_module_pcm_pulse.so". Ive removed vorbis in its lib, made sure everything is installed etc. If the demos worked I'd likely buy both games.

Latest systems have libGLEW.so.1.7. Any plans to rebuild the package to include the required libraries like the others in lib32?

I bought the version from LGP. The game has several nasty bugs, with crashes already reported to LGP and never fixed. Is this version a "polished" version ? I was unable to finish the last level due to the crash I encounter just before fighting the final boss

Yes, this version is considerably better than the LGP one.

and install the missing 32bit-Libraries on a 64bit system.

They claim to have fixed up a "lib" issue in the latest update.

Any idea when the update will be posted?