2D Fantasy Adventure Old School Style. Try it you know you want to!

The latest demo is now available!

So many story elements have been added! If you haven't played Shadow of Arawyn before you don't want to miss this one. If you have then be sure to check out this version. Its way better than all the previous versions. 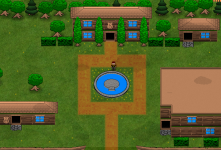 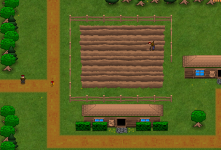 Lots of new things have been happening with S.O.A. First off the new versions will be available for download every second Sunday of each month (so I'm not posting a new version every time i redo the trees). Second you can now receive rewards for contributing.

Which can be viewed here:
Shadowofarawyn.com

Third Updates are as follows:
- Improved player hit animation
- The .exe has its own icon and title
- new beginning sequence
- village and villagers(still need more villagers though)
- new areas available to explore
- and loads of other minor bug fixes and graphical improvements

Now that this update has released I will be focusing on finishing the dungeons for the Warrior and the Archer and hopefully be able to start on the Mage's dungeon which will be a pretty cool treat. 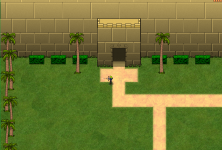 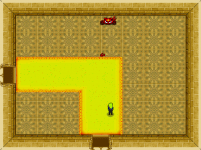 So much improved goodness. This is the best version yet. Try it today!

Newest version now available. Come take on the first miniboss. Be sure to avoid the traps along the way.

This is the latest and greatest. There was a whole lot of story information added.

Latest Version. Leaner and faster, Many improved graphics, and more content to boot! Try it you know you want to. :) Oh and if you see anything you would...

Looks great. :) The graphical style seems quite unique. I like those cloud shadows. Judging from the video I'm not too convinced of the gameplay yet (specifically the combat system), but I'll have to play it by myself, I guess. I know, that's what I said two months ago and so far I haven't, but it's on my list! :D

Yeah the video isn't quite an accurate representation. Its my second attempt at making one that doesn't lag so much but alas it does. The game how ever doesn't. The combat is not so choppy in the game. The collision on the other hand is still being fine tuned which in turn will make the combat even better. I would like to hear some feedback though once you play it.

So, I finally played it. Got to the wolf boss guy in the dungeon and died pretty quickly. I don't know how much content there is after that part, but until then it's a very nice start, the intro is pretty cool (although you might want to use another font, and possibly reduce the amount of text a bit) and I like the soundtrack, especially in the dungeon. Visuals are nice, you've chosen an appealing color scheme and the sprites and animations look good - I was quite surprised by all the individually animated NPCs doing everyday things.
The only thing I'm not too convinced of yet is still the gameplay. Mainly the fact that the boss is the first enemy that you actually have to fight, until then you could easily just run past all the monsters. Making it so that the doors won't open before all enemies in a room are defeated might be an option here, just to make sure the player gets used to the fight system early on. Also, letting the player start all over after being killed by the boss is a bit harsh. Respawning him in the boss room with full health for both would certainly be better. ;-)

Hi its Misterlukeherb off Twitter I am tracking now :D

You are awesome my friend!

Ok well the new version is out just waiting Approval

ok the boss is taking longer than expected I will release something tomorrow night regardless if the boss is completely playable yet.

Should have a new version soon. I've been on vacation got some more rooms done and plan on having the first mini boss done before the end of the week. Hope to have it ready after that.