Rogue Heroes is a 4 player action rpg with roguelike elements, combining procedural dungeons and an expansive overworld full of secrets. Take down the various dungeons, build up your village, or just fish, farm and swim around Tasos.

Rogue Heroes features classic top down sword slashing combat with a large set of tools, spells, and weapons at your disposal. Fight through 5+ dungeons each with their own style, room layouts and unique dangers.

Dungeons are procedurally generated to connect hand made rooms and mix up the layout so no two runs are the same. Keys, puzzles, and traps are mixed up, even within the rooms things won't always play out the same way. Combining randomization with hand placements gives replayability without the fallbacks of uninteresting design that can come from full random generation.

Play in solo or in coop with up to 4 players through the entire campaign beginning to end. Build up your village into a bustling community, take down the dungeons that threaten the outer areas and collect tools to open up your world. Max out your Hero and take them into the infinite dungeon to see how they stack up against a never ending onsluaght of enemies, traps, and puzzles.

Fish, Fight, Farm, Build, Explore there's many things to do in Rogue Heroes all with their own progression that feeds into other activities and pursuits.

We've been using the Tiled map editor, which we used for our last game (Magnetta) as well. For anyone who hasn't tried this out its a really reasonablly priced software that makes map editing in a tile based game much easier. For our cancelled project Arizona we made our own tile map editor and it was much harder to use and added another set of development work in adding features and improving usability.

Our map sections in the overworld are each their own tiled map file including the Village map which is by far the most dense. Before being able to customize the village the map had objects where each building should be and if it was built it spawned the object and also placed the accompanying objects that surround it. With adding the ability to place shops and houses anywhere though we needed to come up with a different solution. 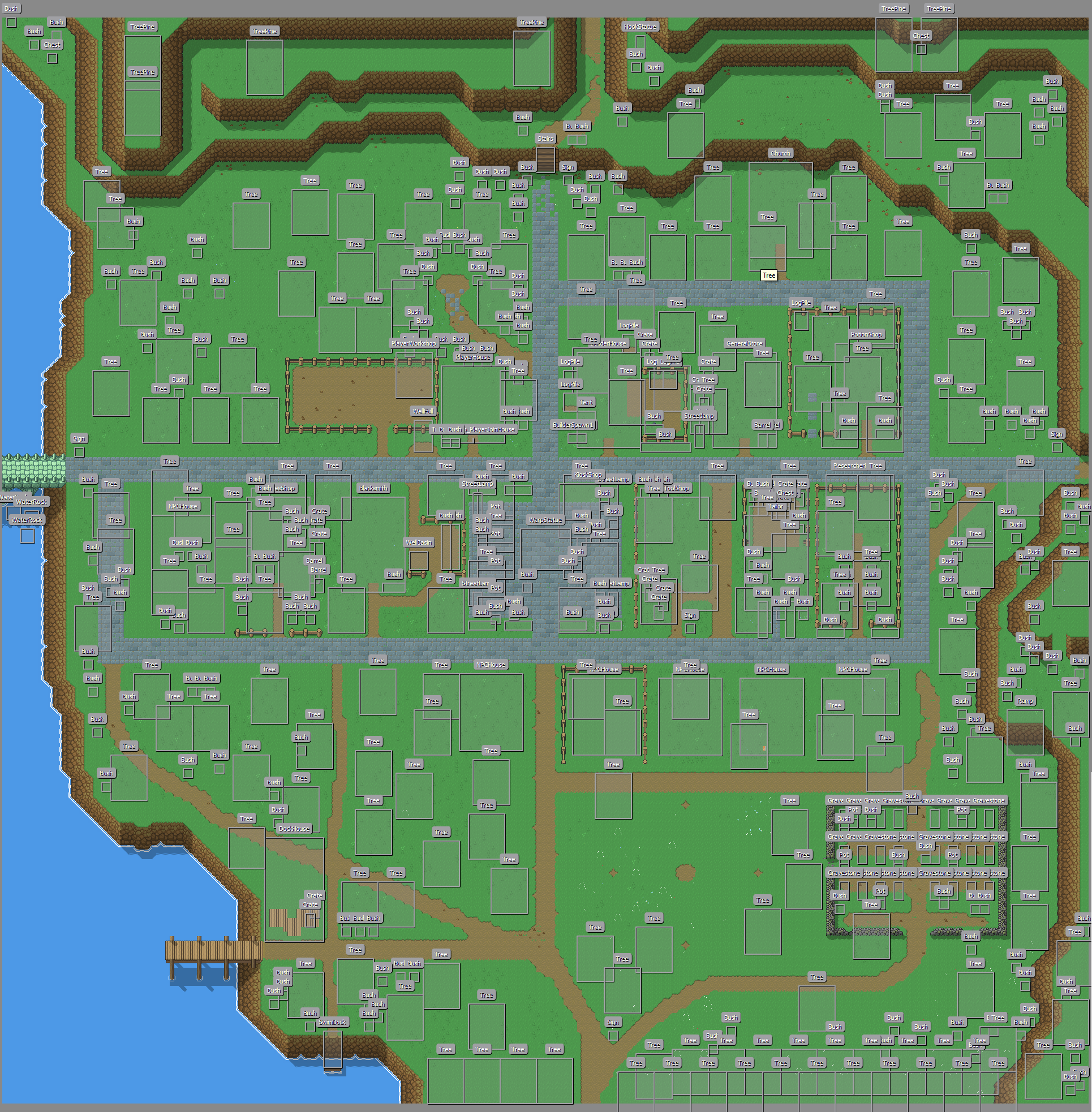 We ended up making what we call the Lot system where there are Lot regions in the main Village map each with a unique index in the that can have something placed on them. We then made separate Tiled map files for each building type that contained the building, accompany objects, and collision laid out in a default Lot sized map. When a lot was marked as built on we grabbed the correct Tiled map data for the building type that was placed there and spawned the building object, added its collision to the main collision layer, and spawned the accompanying objects. In order to not have a bunch of empty area where the lots would be we placed trees, rocks, and other objects in the lots and marked them to be removed when that lot index had been built up. 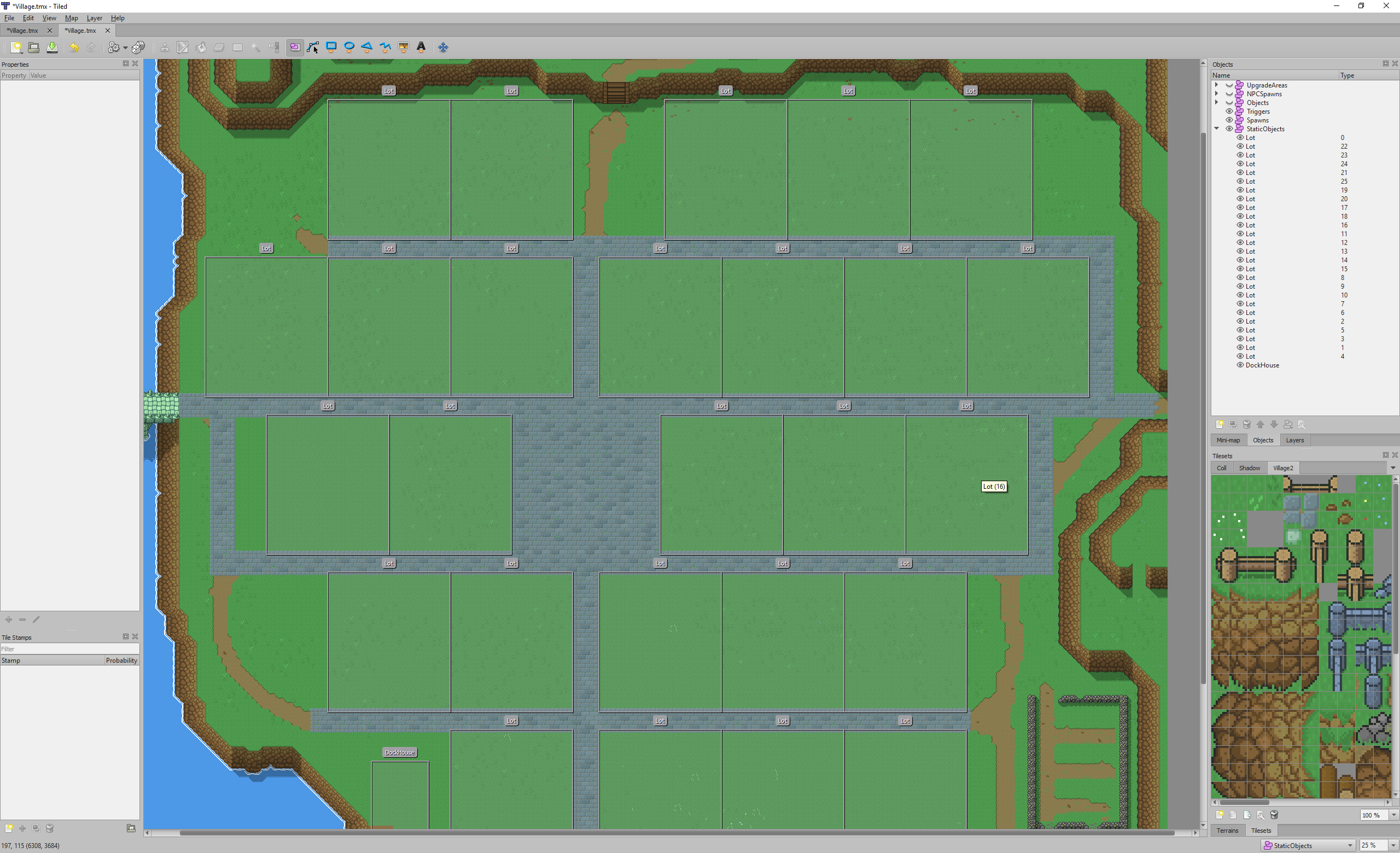 Sample of a building lot that gets its objects and tiles loaded into one of the Lot slots. 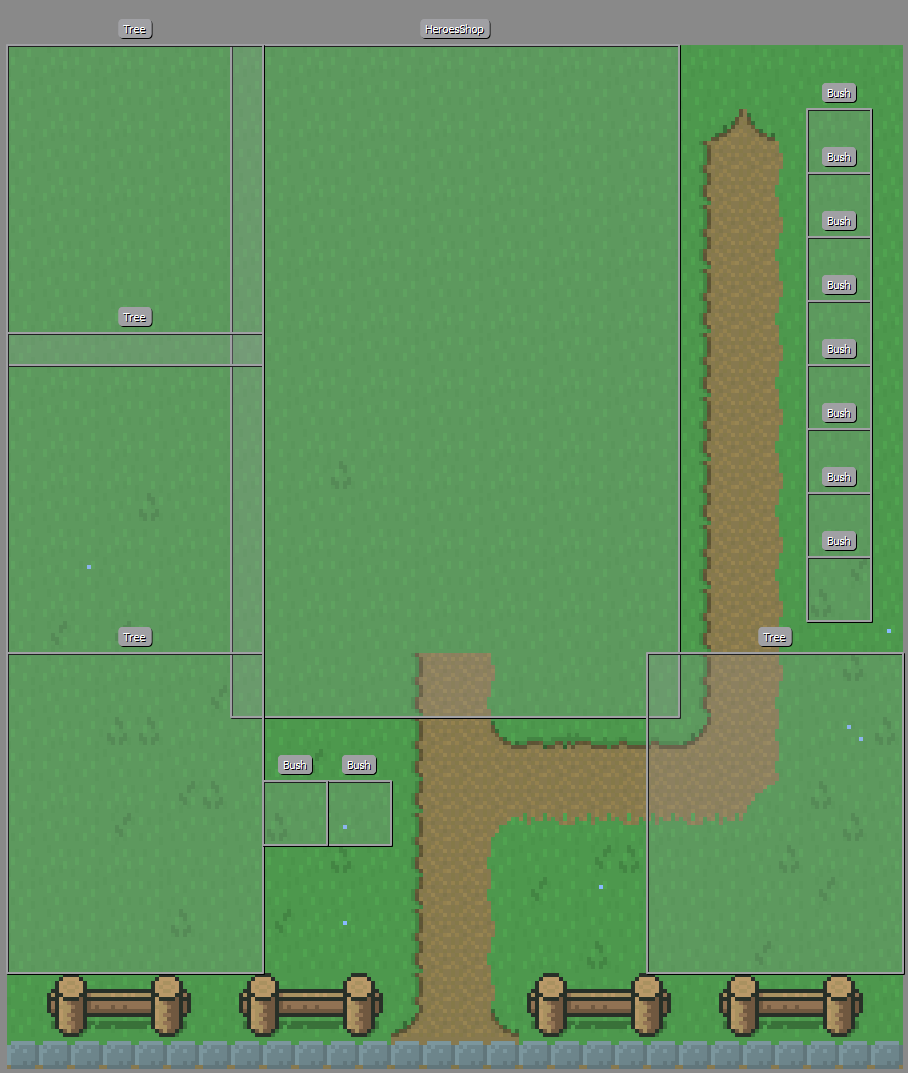 A Link to the past Player model added. As always firstly backup! Simply Delete the Hero Folder from the game located at: C:\SteamLibrary\steamapps\common\Rogue...