Do you want to play Sandsiah's closed demo and help playtest it? Join our Discord!

Everyone's feedback helps a lot and is very much appreciated!

Sandsiah is a single player journey to reclaim the ravaged Golden City and purge the Djinn infestation. The game will be contained within this massive city and will explore many different environments: palaces, temples, factories, prison, mines and more. The setting is a world where steampunk tech shares the spotlight with magic, placed in a slightly Arabian inspired culture. Your character, the Fallen King, is a revenge bound, mechanical handed cripple, ice and fire spell slinger.

There will be 10 large levels with many places to explore. Exploration will be essential to find the tools to upgrade your character. To battle you will have 6 different weapons with unlockable alt fire as well as many melee weapons and spells. Even your health items can be used to hurt your enemies. If you explore you will also find magical relics which add different gameplay mechanics. All weapons will have some type of environmental effect that will aid you on your journey. Spells will summon razor chains to harm you enemies, call forth blood tornados and even conjure man-eating ravens.

Sandsiah does not hold your hand. There will be no map or objective markers. The in-world UI will be as minimal as possible. Enemies will be placed in devilish ways. You can miss items and be forced forward. All that matters is to push forward.

Check the article below for more info!

I am glad you are interested in Sandsiah! My name is Alex and I am the solo dev working on it (using UE4).

Sandsiah is a single player game inspired by old fantasy FPSs like Heretic and Hexen. The game happens in a world where steampunk and magic mix with a slight visual influence of Arabic themes. 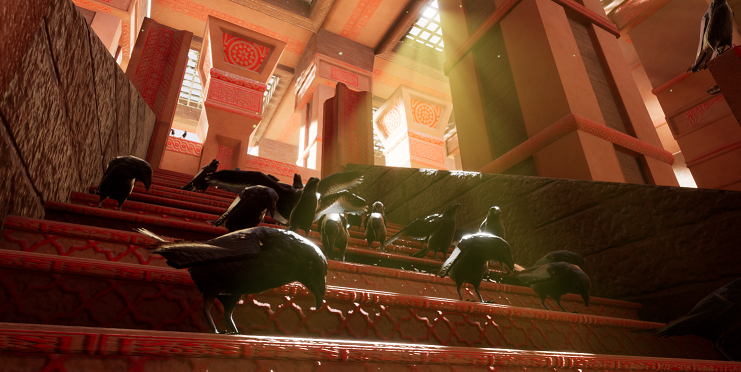 I consider it a retro/boomer shooter and even though it doesn't use visuals that remind you that much of the original references, it does have the mechanics of older FPSs: no auto healing, no reloading, no cover system. One important design decision is also no maps (mini or full) or things pointing where to go. I'd rather you look at the game than at a map!

The game is planned to have 10 levels all over the mythical Golden City, where the main character, The Fallen King, once ruled before being banished from the planet by evil Djinn invaders. The game starts 10 years after this banishing, just as he returns to the city with a score to settle. The game will have levels in environments like palaces, temples, mines, factories, a prison and a mage academy. I expect it to last about 5 hours but there is an upgrade system, 3 difficulty levels and hard to find secrets which probably will make you want to have a second go (and hopefully a third!). 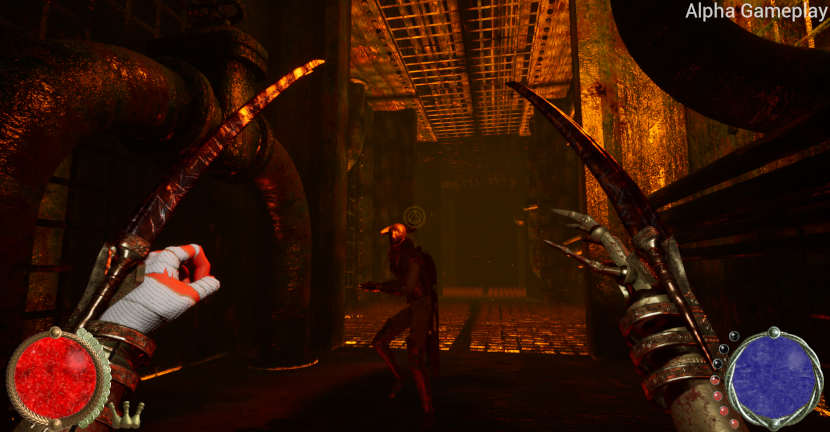 The types of enemies you will face are flame-sword wielding soldiers, gas bomb troopers, arch-mages, metal automatons, zombie thralls, grotesque flesh abominations and more. I think some of the enemies are really unusual and I hope you have fun figuring it out how to beat them. The same goes for bosses, there are no bosses which are just re-skins of common enemies with extra HP, they all will have unique designs and levels and I hope the fights with them are memorable and tense for you! 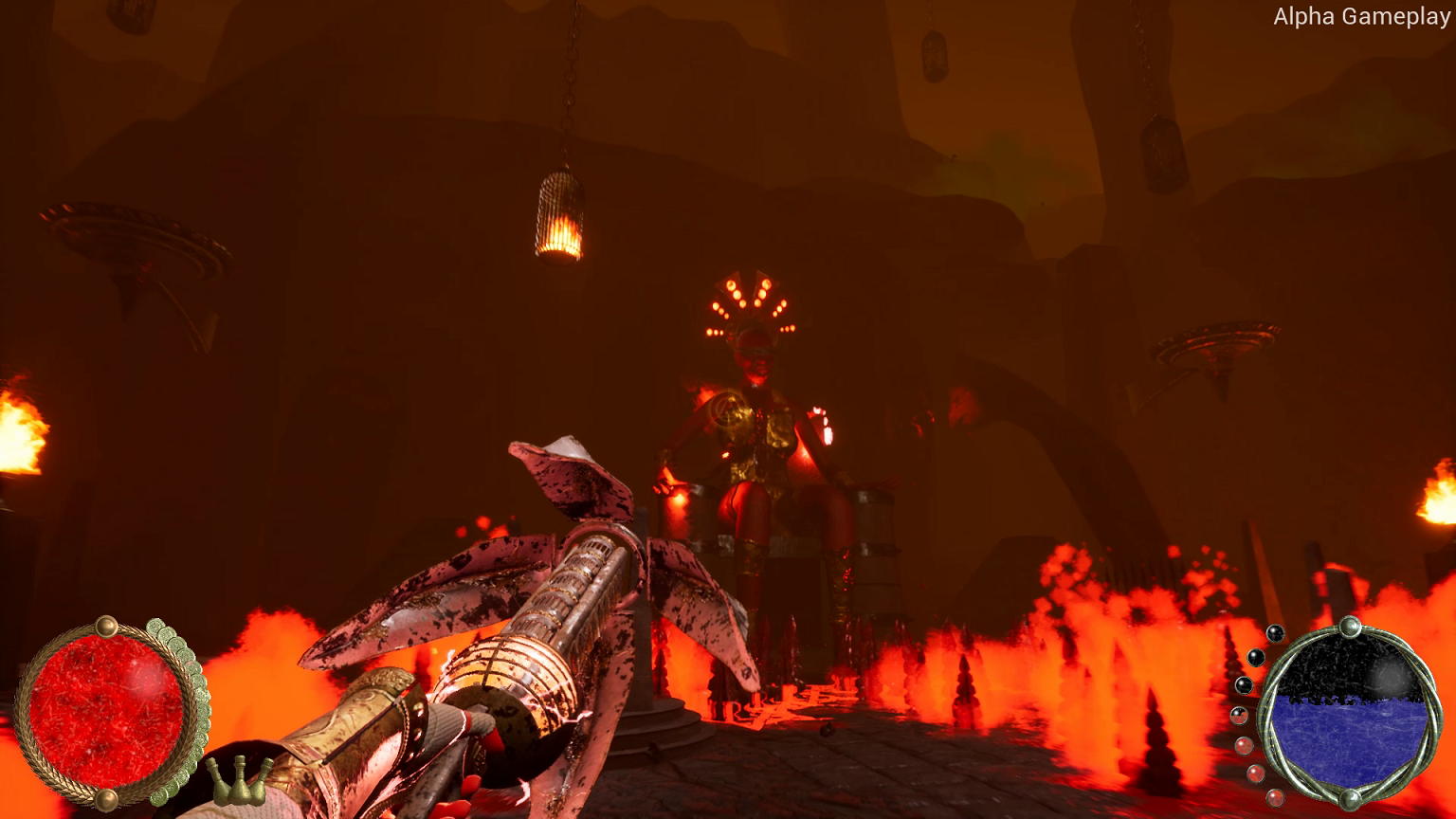 Of course all FPSs need great weapons and I trying to design them to be high fantasy instruments that fit well into the world. They will all be based on elements of fire, ice or electricity and have different effects on enemies. Fiery explosions might explode or burn the enemies to ashes, frost weapons can turn them into icy statues while electricity can shock and stun your foes. Additionally, the weapons elemental effects can be use to interact with the world, like plugging leaks by freezing the gas coming out of it, for example. Weapons have a main fire mode and a unlockable alt-fire and include: a freezing shotgun, a firestaff, a shock bolt "machine gun", an ice throwing sword, a blast mining tool and a powerful staff of lightning. 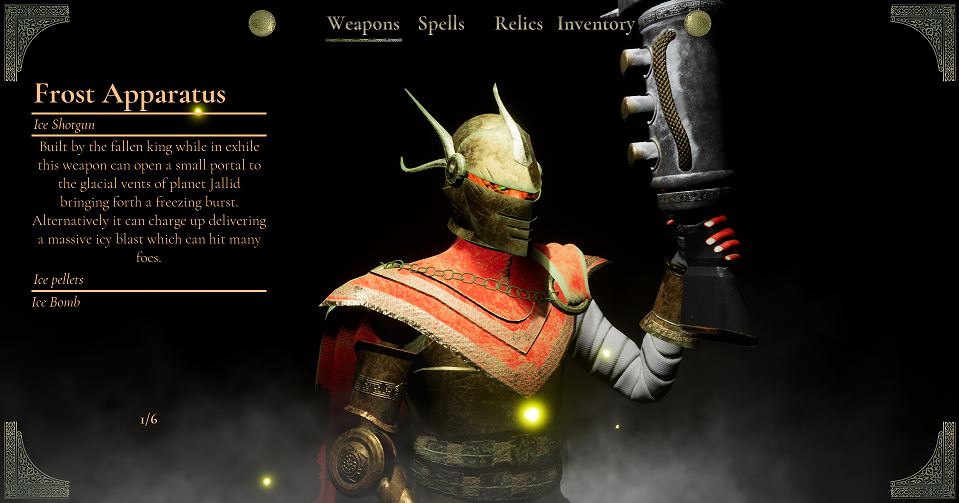 In addition to magic weapons you will have melee and thrown weapons, those are less powerful but can get you out of trouble if you run out of mana. I really hope you enjoy using the Desert Star or the Iron Cactus! 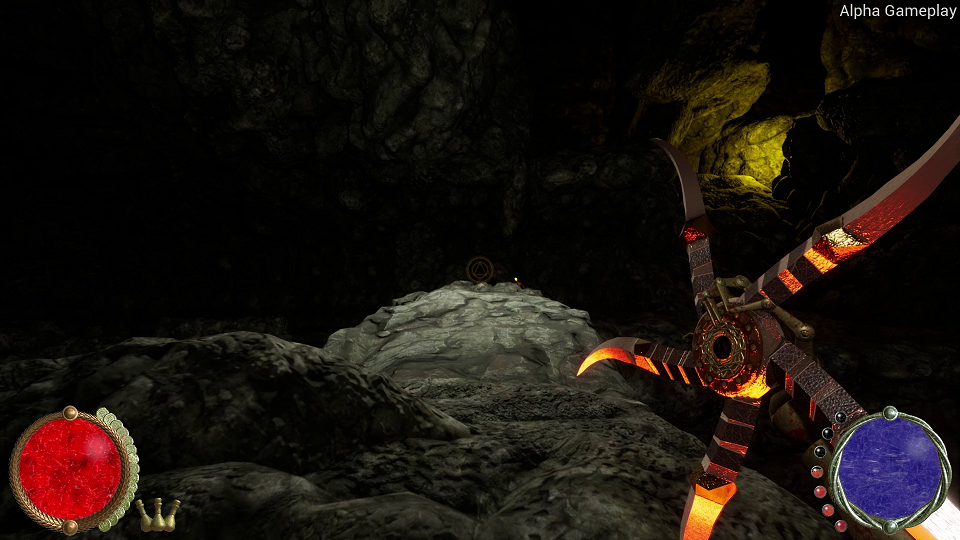 Finally, the uber weapons of the game are the Dark Tome spells, those use a different type of energy you can only get in certain conditions but are super powerful. Amongst the spells are the ability to bind enemies in razor sharp chains, summon man-eating flocks of ravens or even call forth a huge tornado. This spells can be used to get you out of hard spots or just to crush hordes of foes! 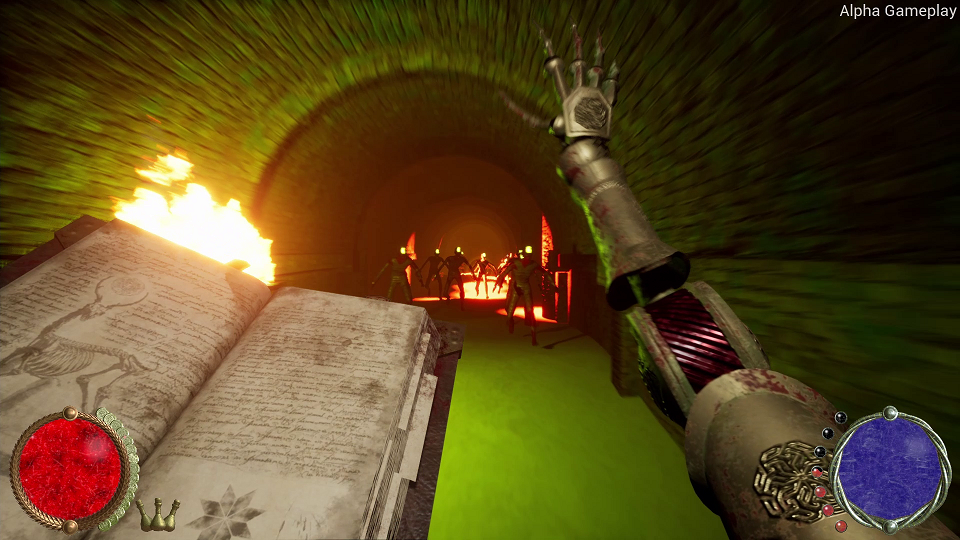 Thanks for reading this. It is my first attempt at making a game and I am super excited to share this with you soon.

More info on the game:

Youtube Channel (a full trailer there after 14th, August/21)

It will be available on Steam on the near future or you can check it out on Itch.io.

Not yet. Join our Discord server to get early demo access Discord.gg

At this moment I can guarantee you it will run on a GTX 1050Ti with 8Gb. With lower graphical settings probably less than that. 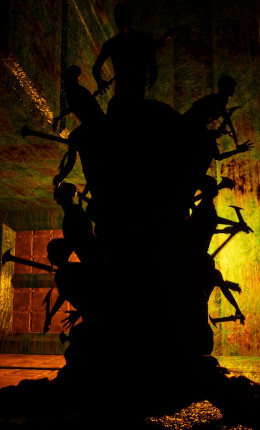 Latest build of The Age of Hell demo. Take up thy hammer Crusader, and lay waste to the hordes of Hell