Destroy all ALIENS in AR! COWS are 'udderly' fed up being abducted and now the aliens have taken the princess! Strap an EXPLOSIVE ROCKET to your cow and take out those abducting little aliens in this destructive augmented reality game! - 80 levels of AUGMENTED REALITY to destroy - 8 Unlockable ROCKETS to demolish the alien islands - Launch 5 battle hardened COWS to rescue princess clover - 3D Mode for when AR is not practical and you still want to play - Take down UFOs and alien hordes. How To Play - Destroy all aliens and UFOs - Take down the alien defences with your rocket cows - Walk around the scene in AR mode and find those aliens - Simple controls - Drag, aim and release - Drag upgraded rockets onto your cow for more destruction Coming Soon - Help us choose! - Choose your favourite team with more unlockable characters? - Build your own levels? - Online multiplayer? Send us a message: facebook.com/Entity3Limited

The first augmented reality game from Entity3 is coming to iOS on 25th January!

The cows are ‘udderly’ fed up being abducted by little green (sometimes purple) aliens and now they have taken the Princess. Time for some payback with the Rocket Cows! Strap an explosive rocket to a cow and see how much destruction can be made over 80 challenging levels. The goal is to eliminate all aliens by launching the unique team of battle hardened rocket cows at the alien strongholds. Power-up the team with 8 unlock-able rockets to strike a massive blow that can really pack a punch! 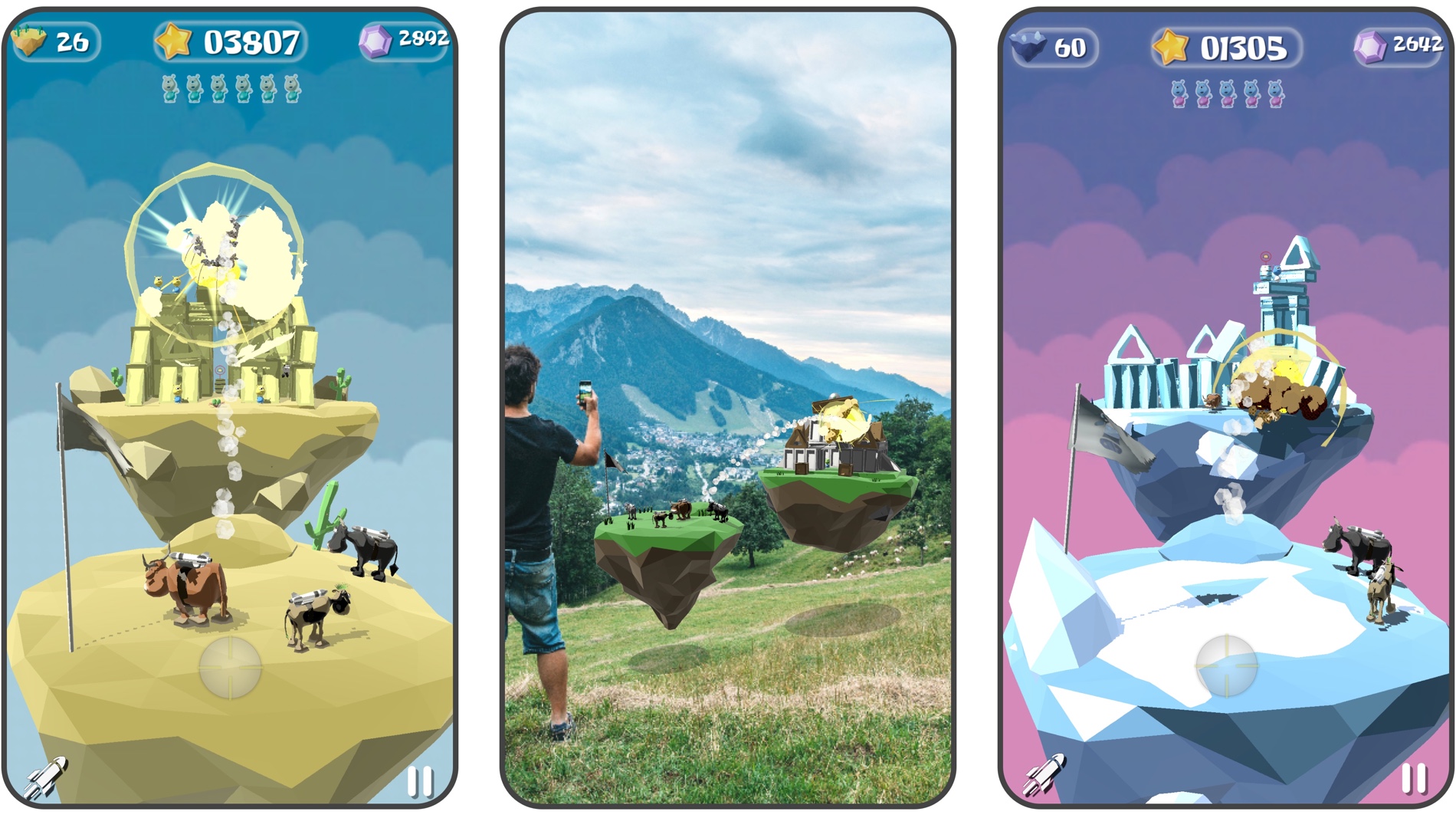 Rocket Cows was designed primarily for augmented reality which utilises the ability to move around the game scene as it appears in your room or any outside area. With an added bonus feature of a standard 3D mode for when your perhaps on the train or just can’t get off the sofa!

Destroy all Aliens! in augmented reality.

On The Bogger Family