Starting with the most basic of tools, collect resources to survive in the wildness. Evolve your world to create one of the biggest cities of all time or a gigantic castle, or simply let your imagination run riot! If being creative is all too much, just connect with your friends and get them to help.

First of all, we're extremely sorry for the lack of updates here! We have been busy updating the game in the past, which turned out to be very time consuming... nevertheless, today we want to give you an overview of what happened in the past.

Rising World was undergoing a lot of changes the last years. We added several new features, added a better Steam integration, reworked most models and textures and also improved a lot of other stuff. The game is still in Early Access, but the main reason is that there are so many features planned for the game. 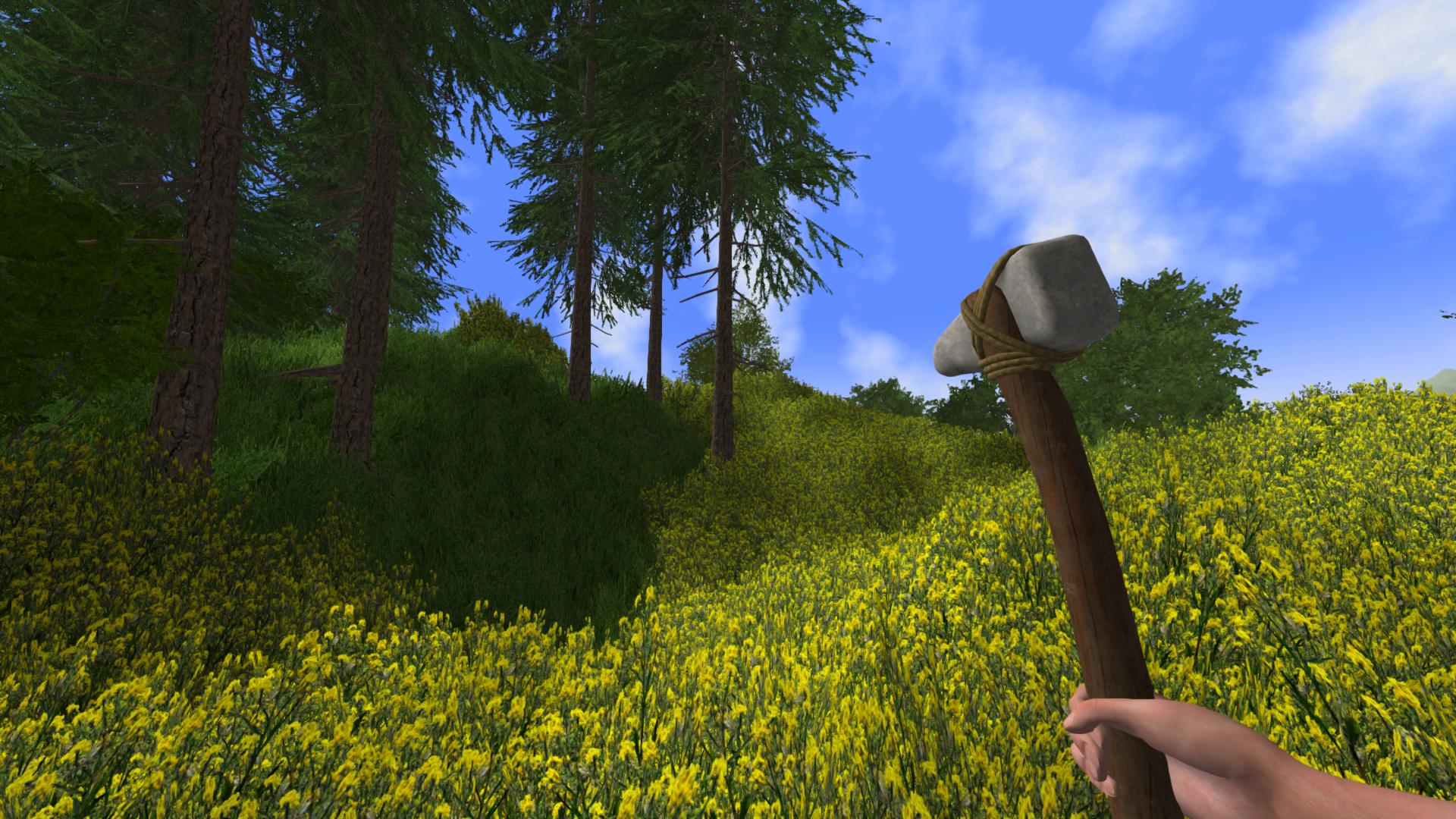 After we sorted out some technical issues after the initial Steam release in December 2014, we focused on adding new content and features. We added farming, more animals (including some predators), biomes, water, dungeons, weather effects, weapons, fishing, mounts, boats, a powerful modding API and much more. 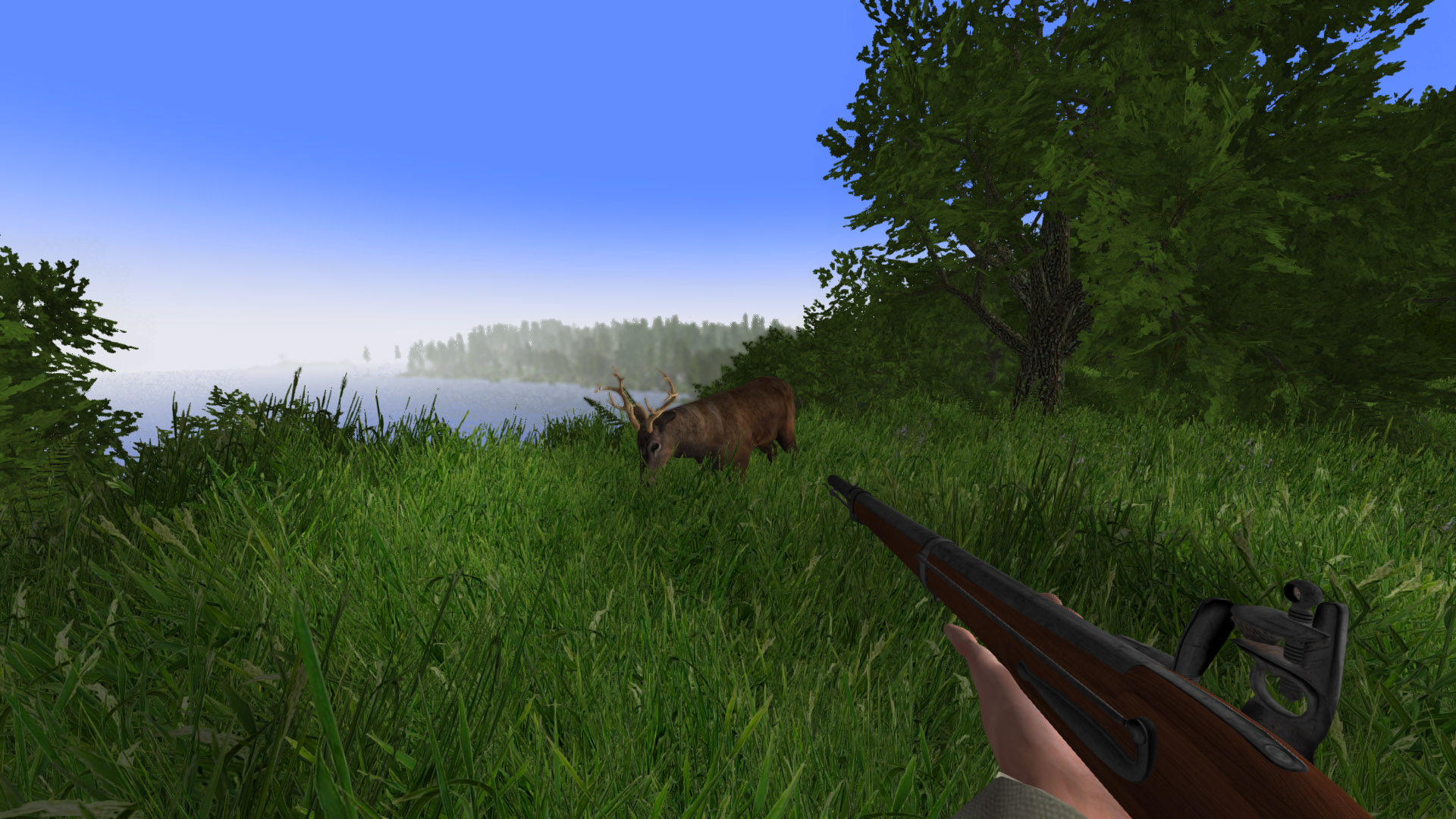 We earned enough money to hire a freelancer 3d artist who created new item models, new player models (including a female character), clothes and new animations. While there is still some work to do in this area, the game feels much more polished now. 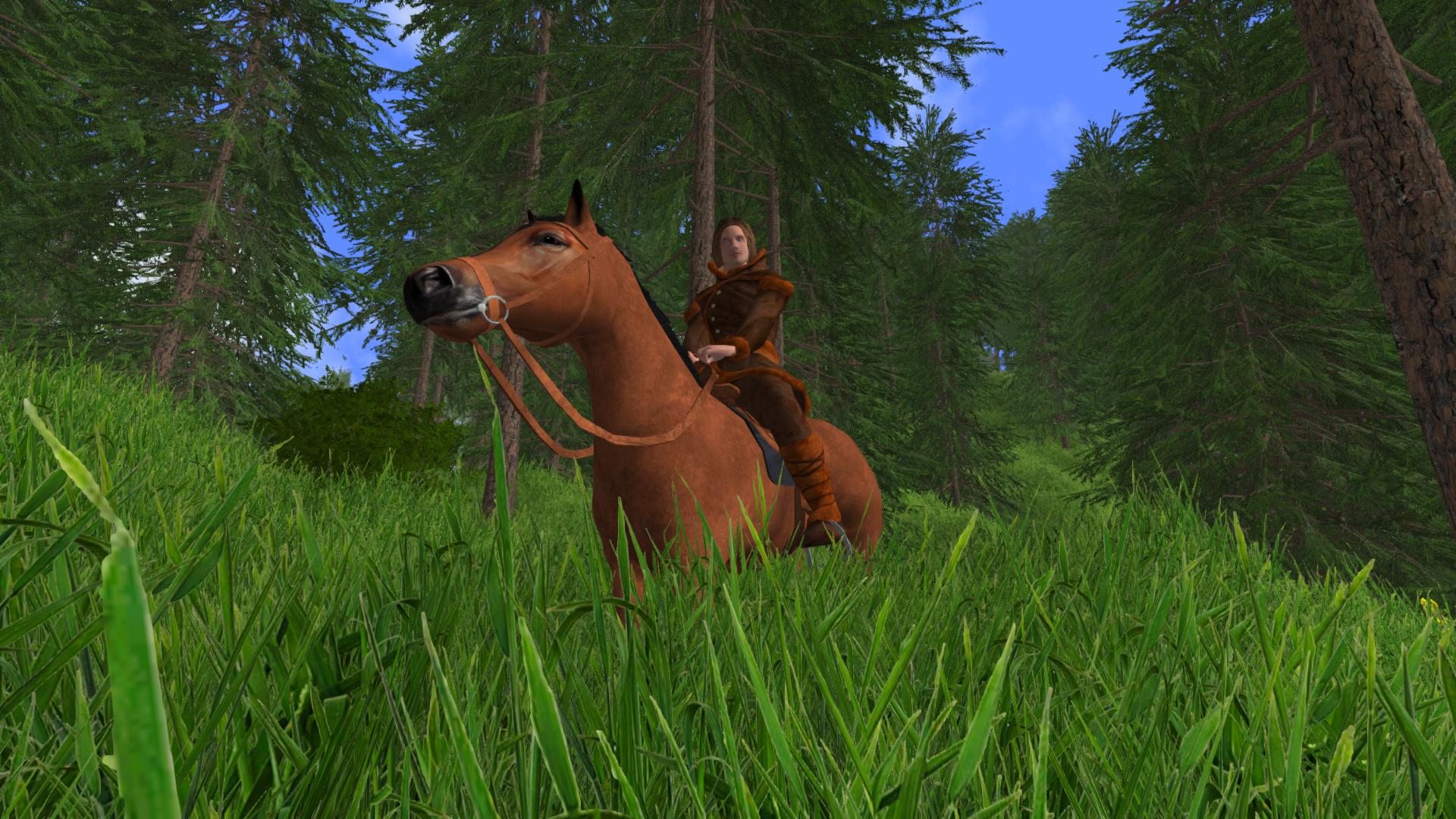 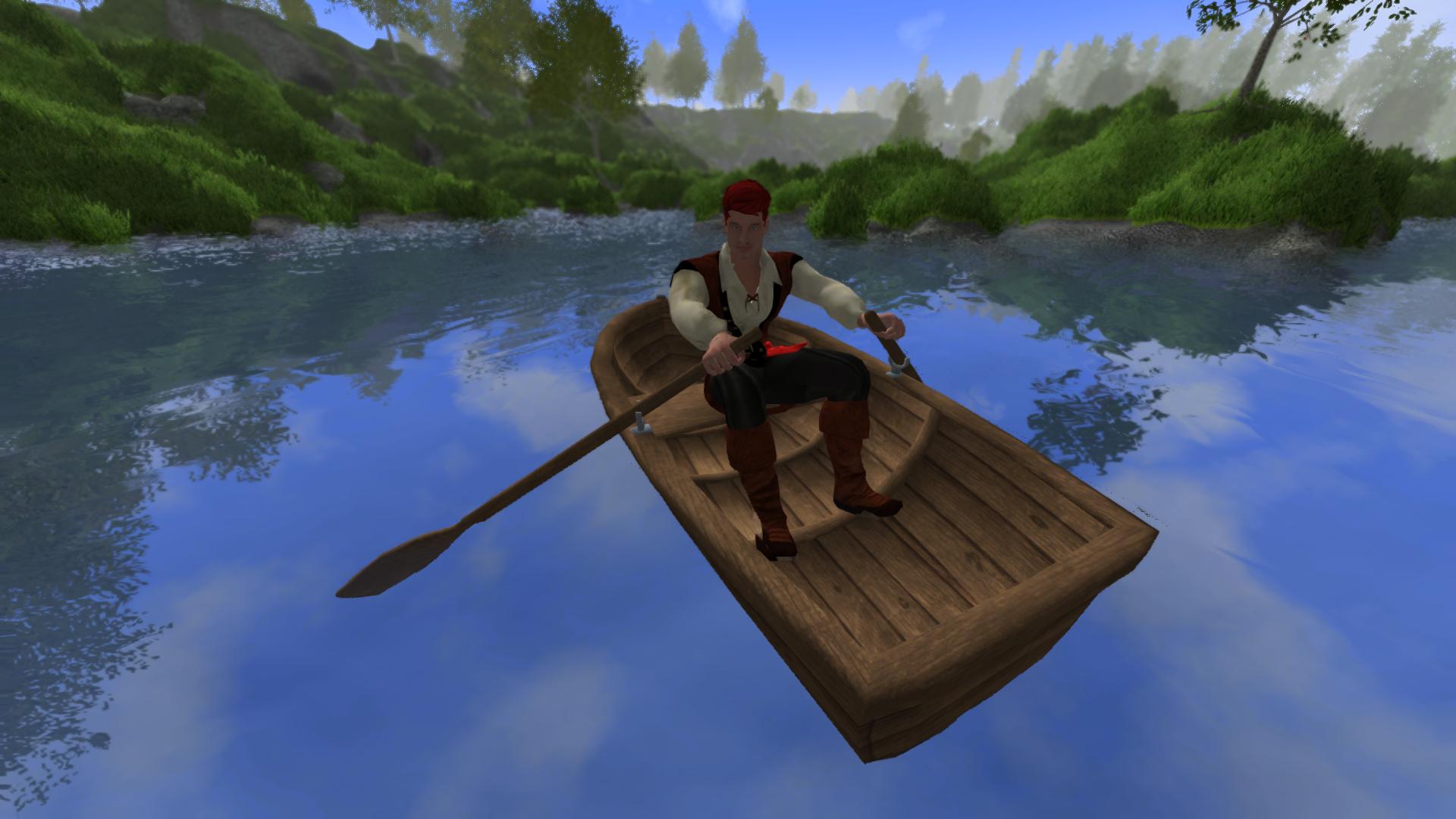 When it comes to the technical part of the game, we wrote new shaders and post-processing effects and updated some textures in order to improve the overall visual quality of the game. Apart from that, we reworked the networking (it's using netty as core library now), included FMOD as sound engine and implemented support for Steam P2P (allowing you to play with friends without having to forward your ports). 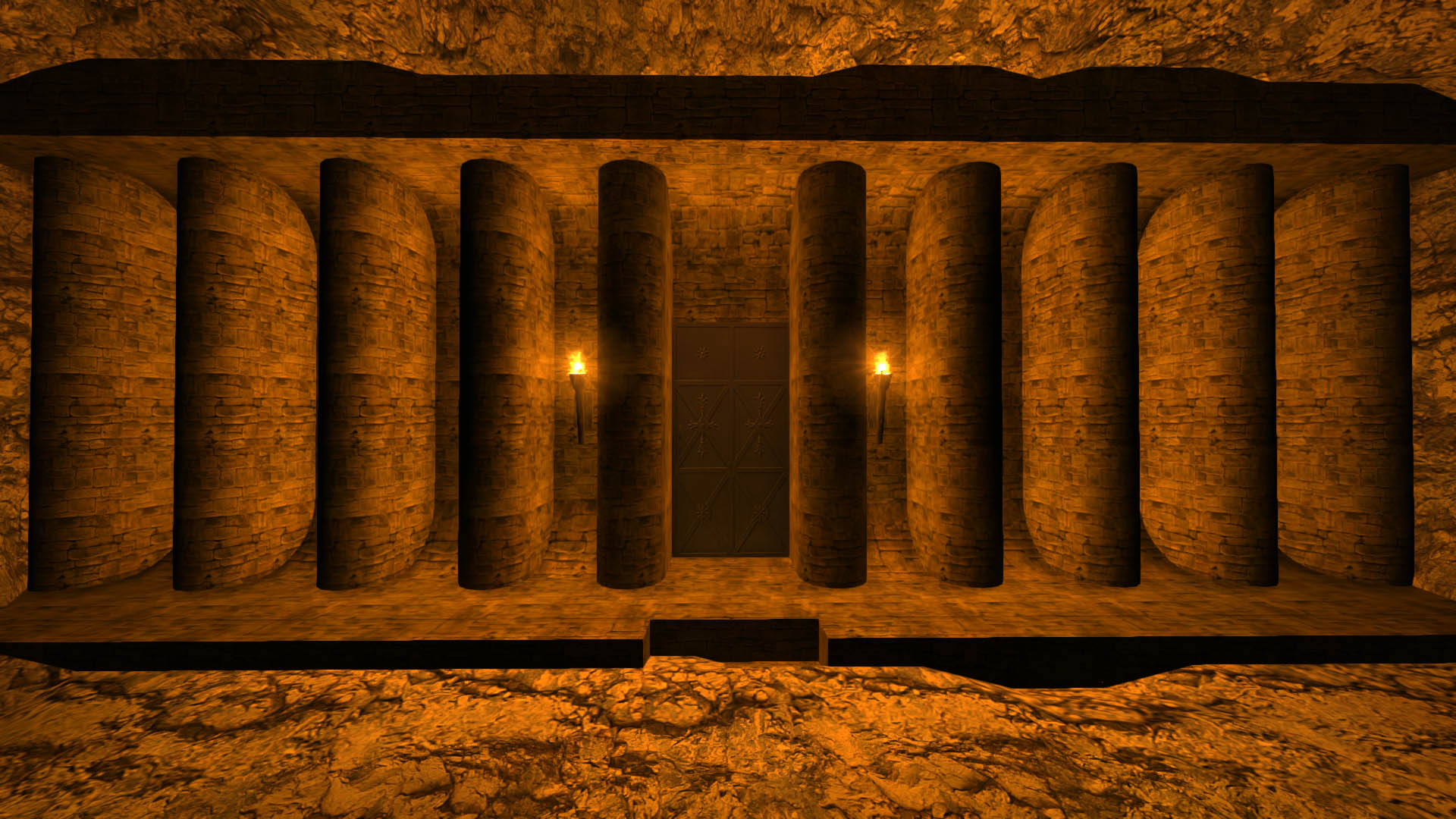 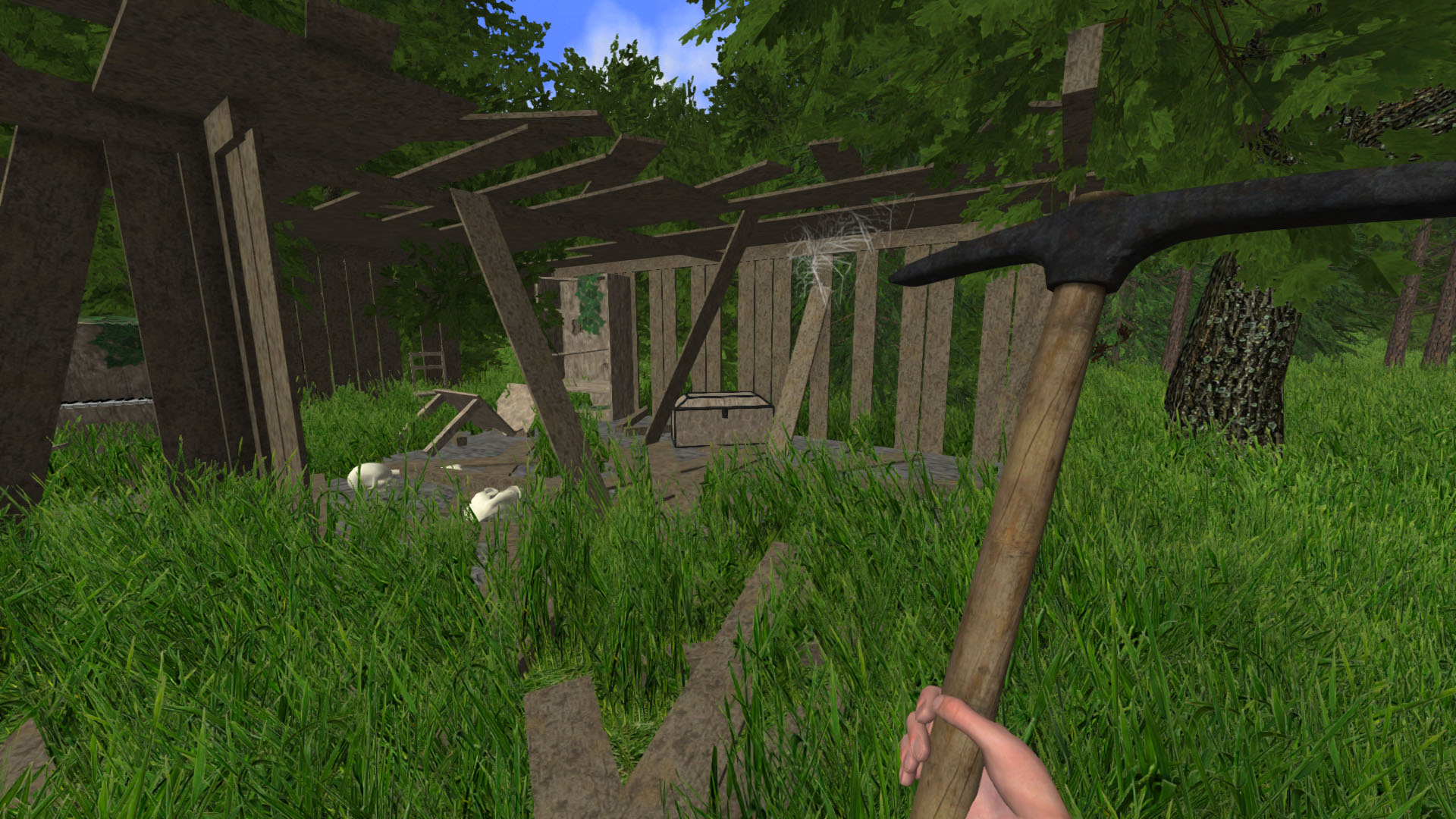 The strongest part of the game is probably the building system, since it gives a lot of freedom. You can place construction elements with any size wherever you want with almost no limitations. The community created so many amazing buildings in the past, check out our forums or the screenshots section on Steam to see some impressive works! Here are a few examples of user created structures: 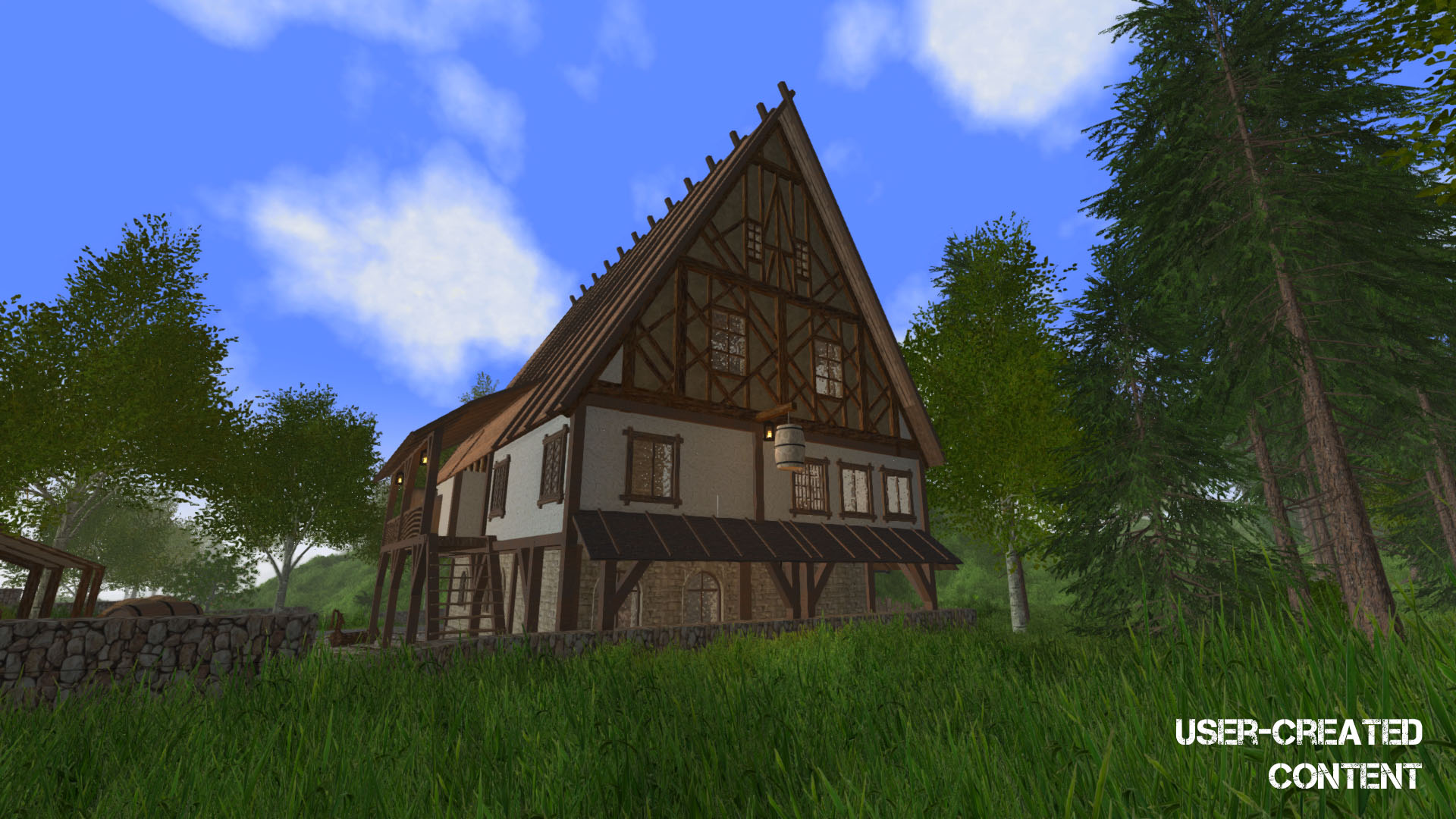 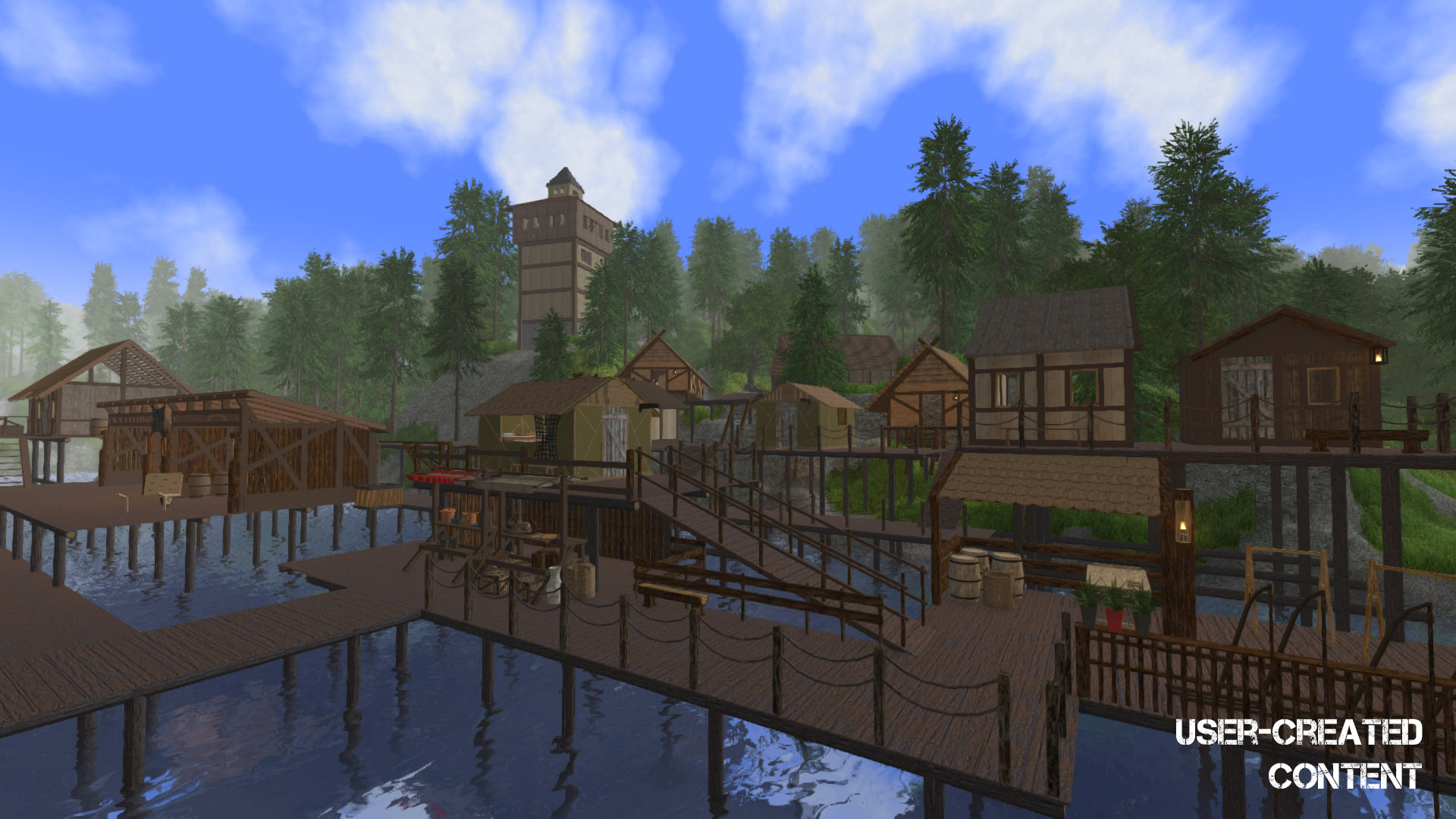 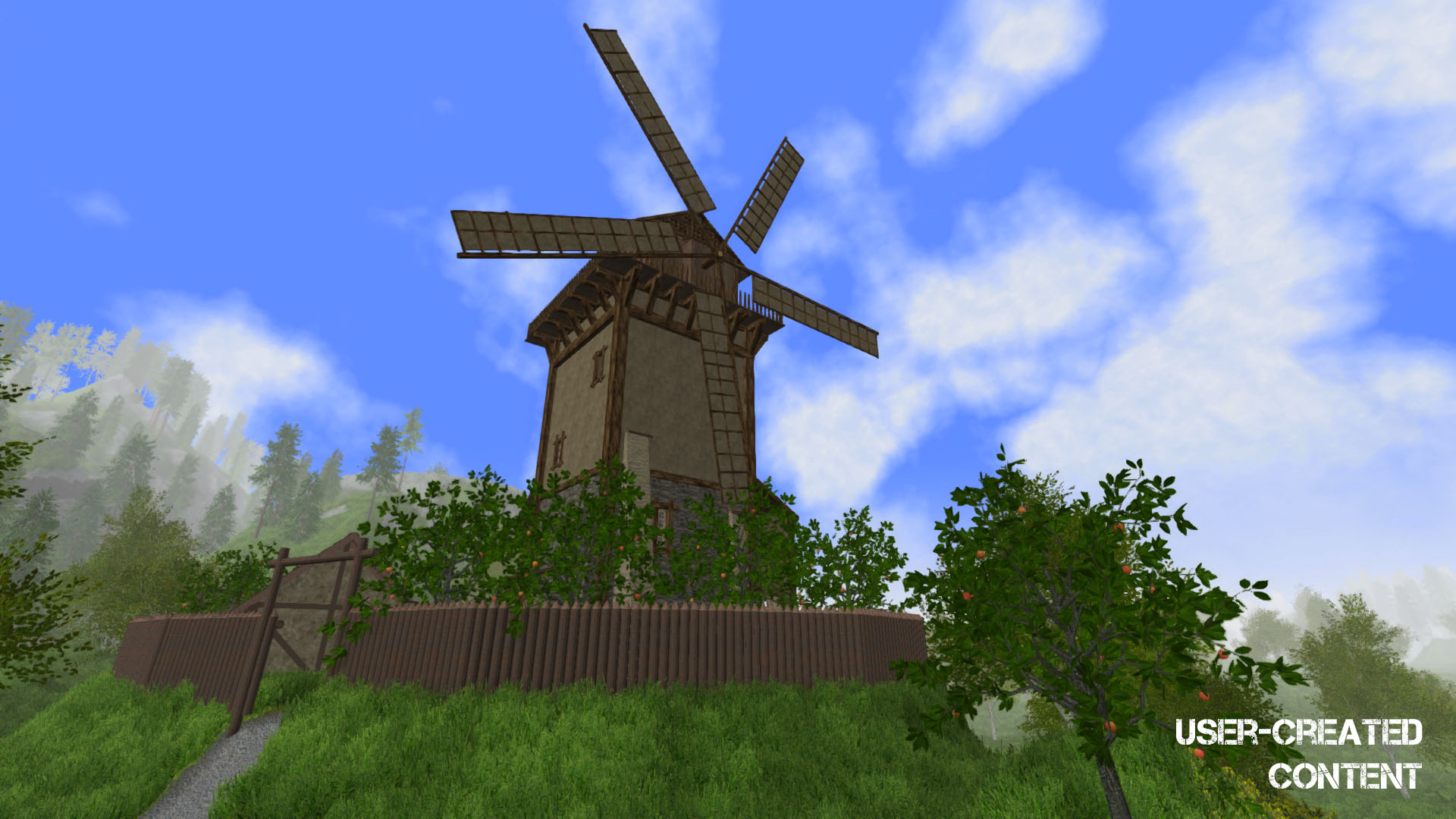 We're currently focusing on adding more survival elements to the game. Some basic mechanics are already in the game, like hunger/thirst, temperature etc., but there is still no real "challenge". In addition to that, the world still feels somewhat "empty", even though there are already several animals in the game. It's our intention to add NPCs in the future, right now we're working on some hostile enemies (bandits roaming the forests, and skeletons guarding the underground dungeons): 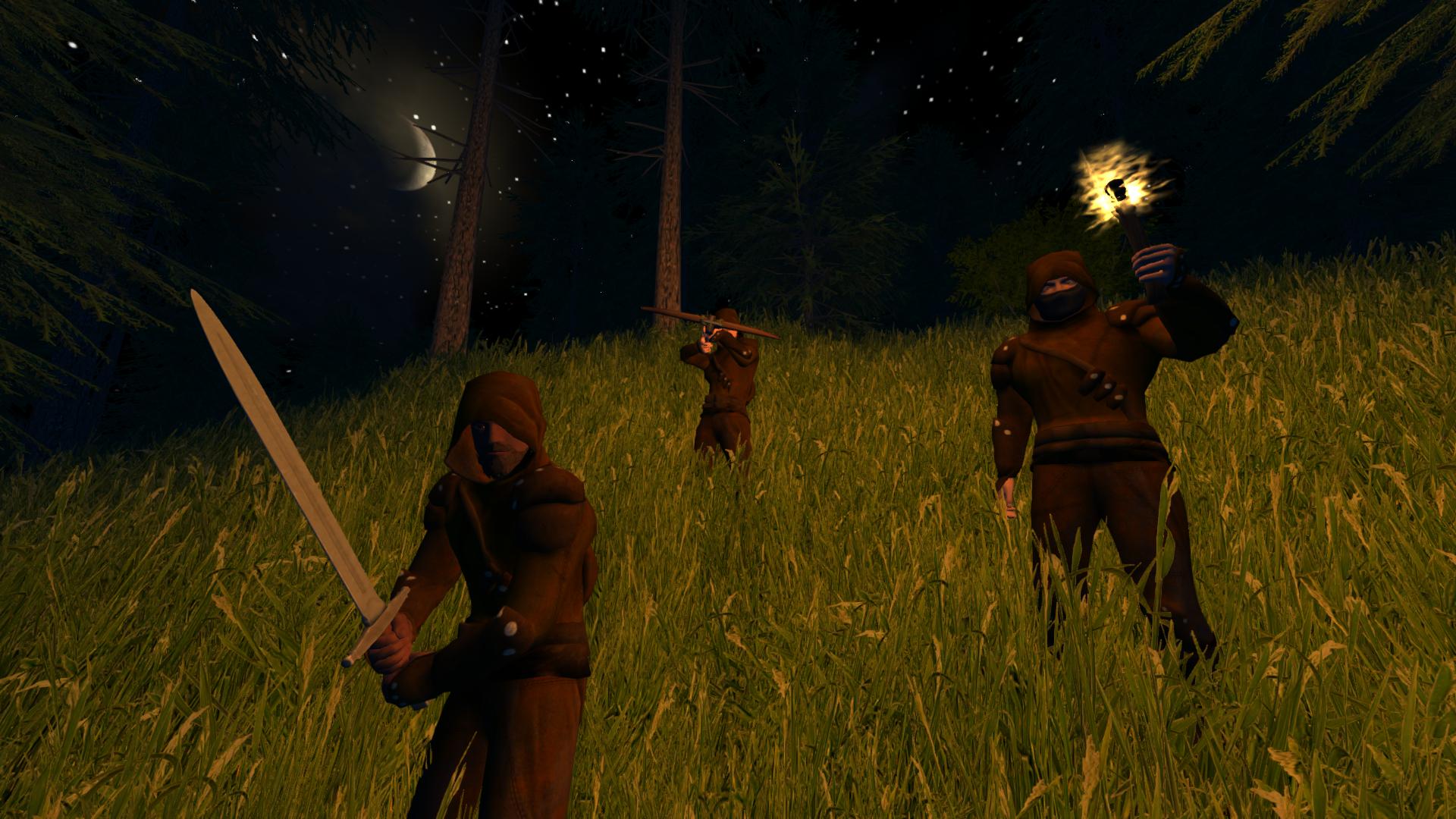 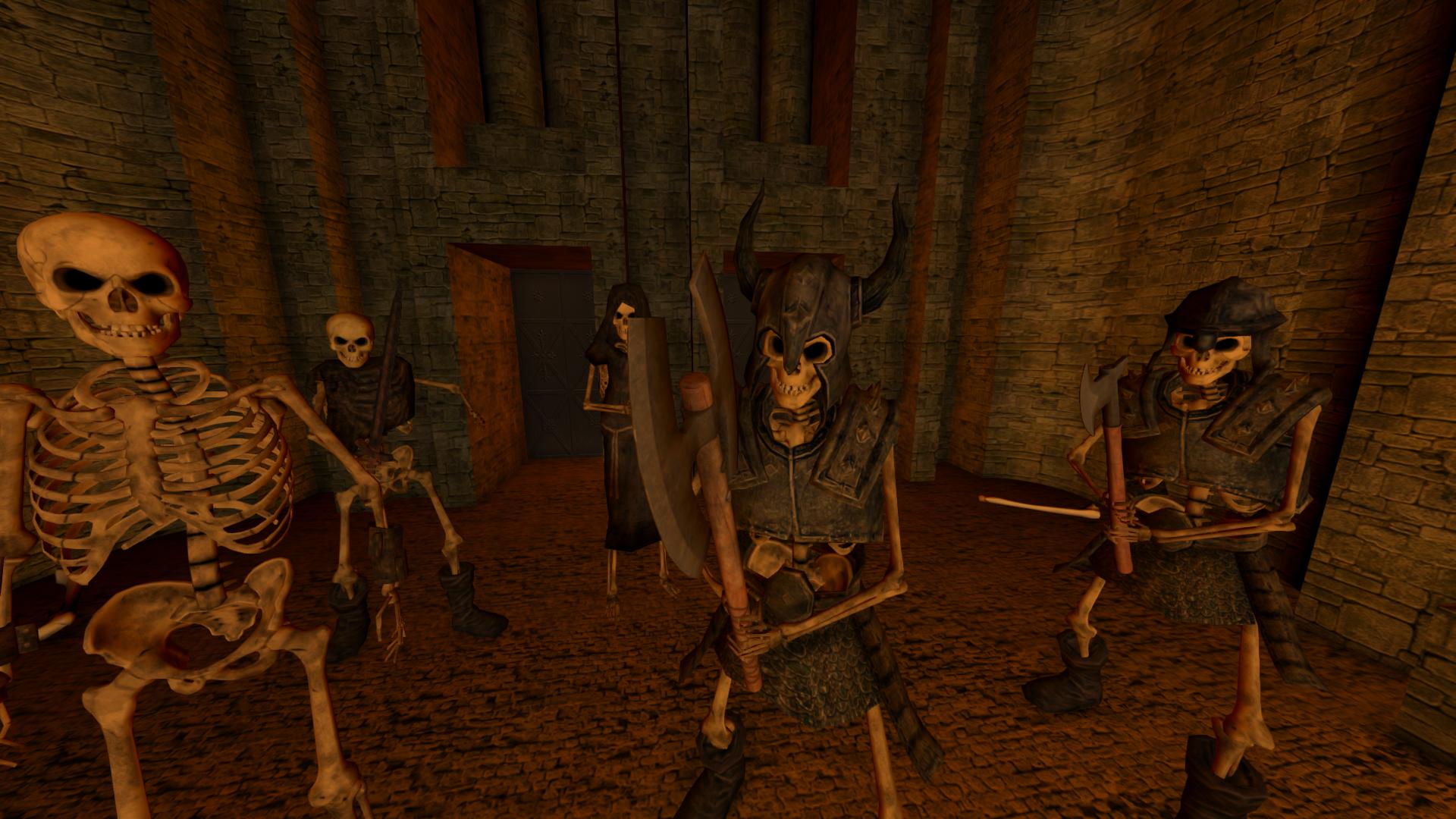 Stay tuned for these upcoming updates! :) If you want to get a full overview of our updates in the past, you can check out our announcements on Steam: Steamcommunity.com

We changed the name of our game to Rising World! We also want to give you some information about the Steam-Release and the upcoming features!

Some big changes will happen: We're going to change the name of our game to "Rising World", and the game will also be available on Steam soon!

Here is a small Halloween Update, introducing new items and giving you the ability to place some nice decoration. Can you imagine what it is?

Another small update is available, introducing a simple but highly important thing: Windows

This is NOT a Minecraft clone. While it has a voxel component (and the blocks being smaller, thus offer more building precision), there are a lot of different block types (i.e. slopes, cylinders, arcs, half blocks, stairs, etc.), there is also objects and other construction options. For example, one can build an entire structure out of planks and wood beams... no blocks.

The trees fall once cut, and everything look realistic. The animal models and other critters are really well done.

Also, with Lua support, it is really easy to create mods and other script to enhance game features. Such as Area Protection, World Edit, Trust List, and other Admin Tools, etc. With even more API features to come.

To play the game, it is preferable to have an OpenGL 3.0 compatible video card, but those are really cheap, now. Also, this game requires Java, which is almost a standard to have on a computer anyway (Java allows this game to run on just about any OS, which is great!).

And, finally, the community is very helpful and active, and friendly. Join the forum!

its cheap if you lives on the so called firist world, here over the south we still work with opengl 2.1 XD and yet inst cheap >.>

now you got my attention! (:

This is a good GAME!!

Yeah there's many a time where I stop and think about games like minecraft(pocket edition has singleplayer) and rust (and finally this) and wonder... "What if I bought the game only to play alone?"

Also wanted to say, i hope they do a singleplayer... afther all my internet sucks...

Singleplayer is already available and contains the same features as Multiplayer :)

minecraft clone... A enchanced one obviusly, pretty and more importantly... No cubecular...

already bought that game a few weeks ago and it's super fun! it has a lot of potential, and fancy graphics!
some quite important features are still missing (ANIMALS), but updates take ~ 2 weeks, that's absolutely fine.
10/10 is only (!) justified, if development continues at this level. but I'm confident :)

BONETOWN - The power of death Adventure