Simple to start and hard in advance gravity game. You need to get the box out of level just rotating it, no other actions allowed. You will meet sand, brick, water and stone block which are making your way harder.

Hi! Revert is closer than anywhen!

The first waypoint is flipping of gamefield. All beta-testers said about it, and I've done it. Now gamefield flipping in realtime and it's cool! Add here new minimal graphic and we have a bomb!

The second is tutorial. It contains basic princinples of the game and there are small tips to introduce game objects. Totally ,game has almost 40 levels in 3 levelpacks. I'm plannin' to make a DLC. 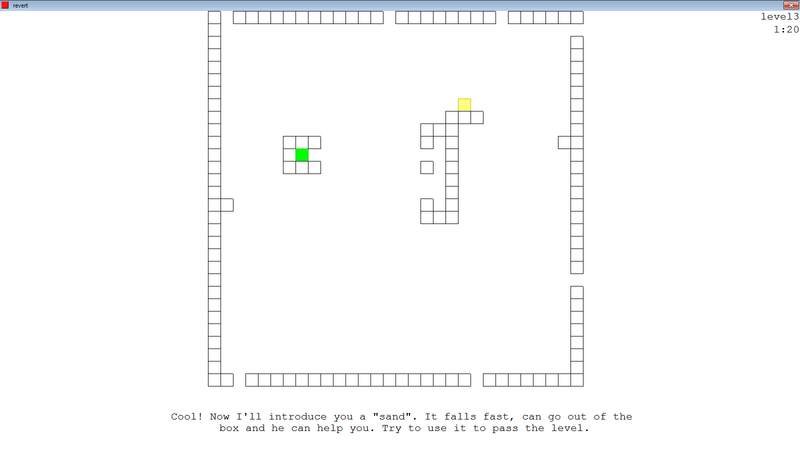 finally, revert got a fullscreen mode which fits on your screens resolution. 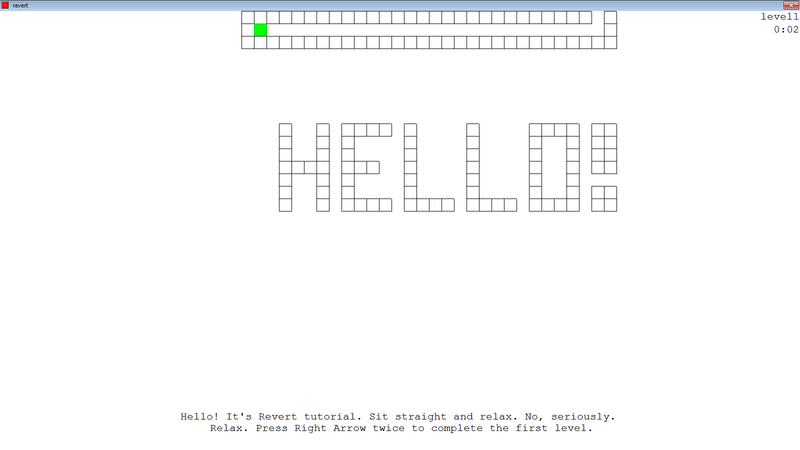 p.s. track the game and get all news first!

Yep, it sounds like After Effects. But just now I have a water physics in 3 lines of code!