Control a cell inside the microscopic world of Quark Storm, creating explosions in order to propel yourself over all kinds of obstacles and hazards to reach the goal at the end of each level. // A student game made by a single person using the Unity 3D game engine, Quark Storm currently has five levels, level challenges you can beat to unlock medals (which will later come in handy for unlocking extra goodies and special levels) and a slew of game settings, including Spanish and English language support and changing the color of your cell's nuclei. // Play the game on Windows, Mac OSX, Linux and/or Android smartphones and tablets with minimal system requirements, and an iOS version might become available later on. Additionaly, play a Web Brower demo on my web site! // Credits: Game designed and programmed by Julian Impelluso; Airstrip Four font used with permission of its author, Vic Fieger; Game textures made by Tomas Glasman

*Note: Since the provided APK file doesn't come from the Google Play store, users must enable the "Unkown Sources" option in their device's settings. Where that option is located depends on the OS version and device; sometimes it is listed as part of the Applications option, others under Security and sometimes it's in Developer Settings.

On the first business day I immediately noticed that it was a bit hard to stir interest on the game when there was nobody playing it, since Quark Storm is at its best while in motion. To fix that, I booted the game up as soon as I got back home on Thursday and whipped up a quick gameplay video for displaying it on a laptop at my booth. Here it is!

If you have already played previous demo versions of the game, you might notice that it has only two levels this time around compared to the five it had before. This happened for two reasons: First, migrating the game engine for 2D meant that I'd have to recreate all levels one more time; second, the difficulty level on the other levels was all over the place, making them ill fit for showcasing at TGS. Even if they don't end up returning for later demos, I'll probably be using some of the level design from them to create new levels.

There were also some issues with my two new partners from Game Work Jam, who both had more pressing matters to attend to than working on Quark Storm. Therefore, I was left with no new art assets to add to the game and a couple of level sketches in paper at best. It wasn't an ideal situation, but I feel like I managed to minimise the problems that might've come from losing their support right before the showcase. I was also able to build a test deployment of Quark Storm for a test iPod Touch, so even if I can't release an installer for it I got to make sure that the game runs well in that platform as well.

With nearly 200,000 visitors during public days alone I got lots and lots of people to try out my game, and even was visited by the Argentine ambassador in Japan! Playtesting showed me that, while people thought of the game as bing a bit hard, they got used to the physics fast enough to avoid being overly frustrated, and nearly everyone managed to beat both levels in the demo. I was particularly surprised with how quickly youngsters got used to the controls compared to other players, and it was good to see them grasp the physics and the concept of momentum so fast. Overall, I'd say that seeing people enjoying themselves while playing the game as they grew accustomed to the way the game physics worked was one of the better things I got to experience during TGS.

Finally, here're some of the pictures that were taken during the event that I have uploaded to the game's image gallery. I hope you'll enjoy them! 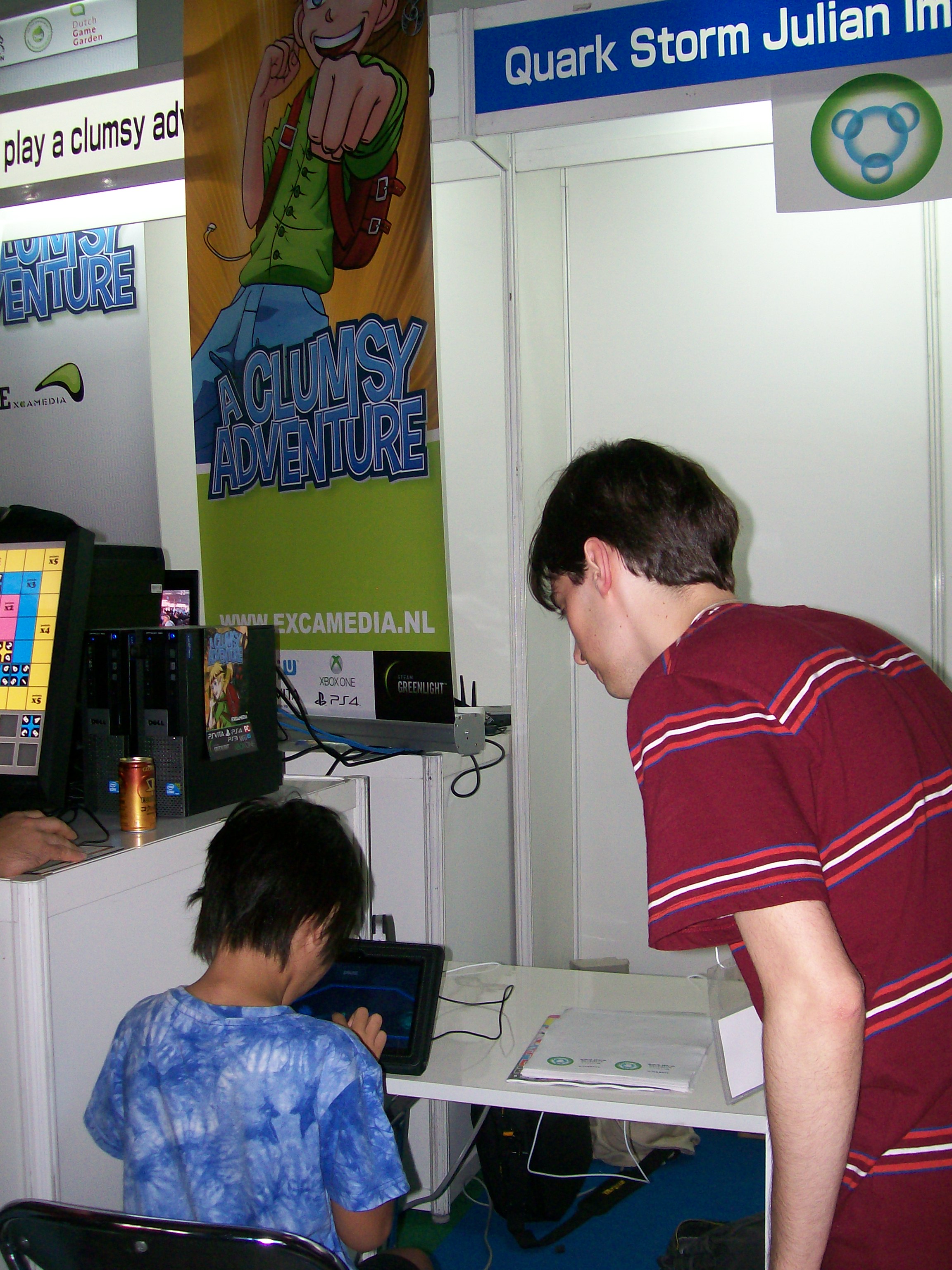 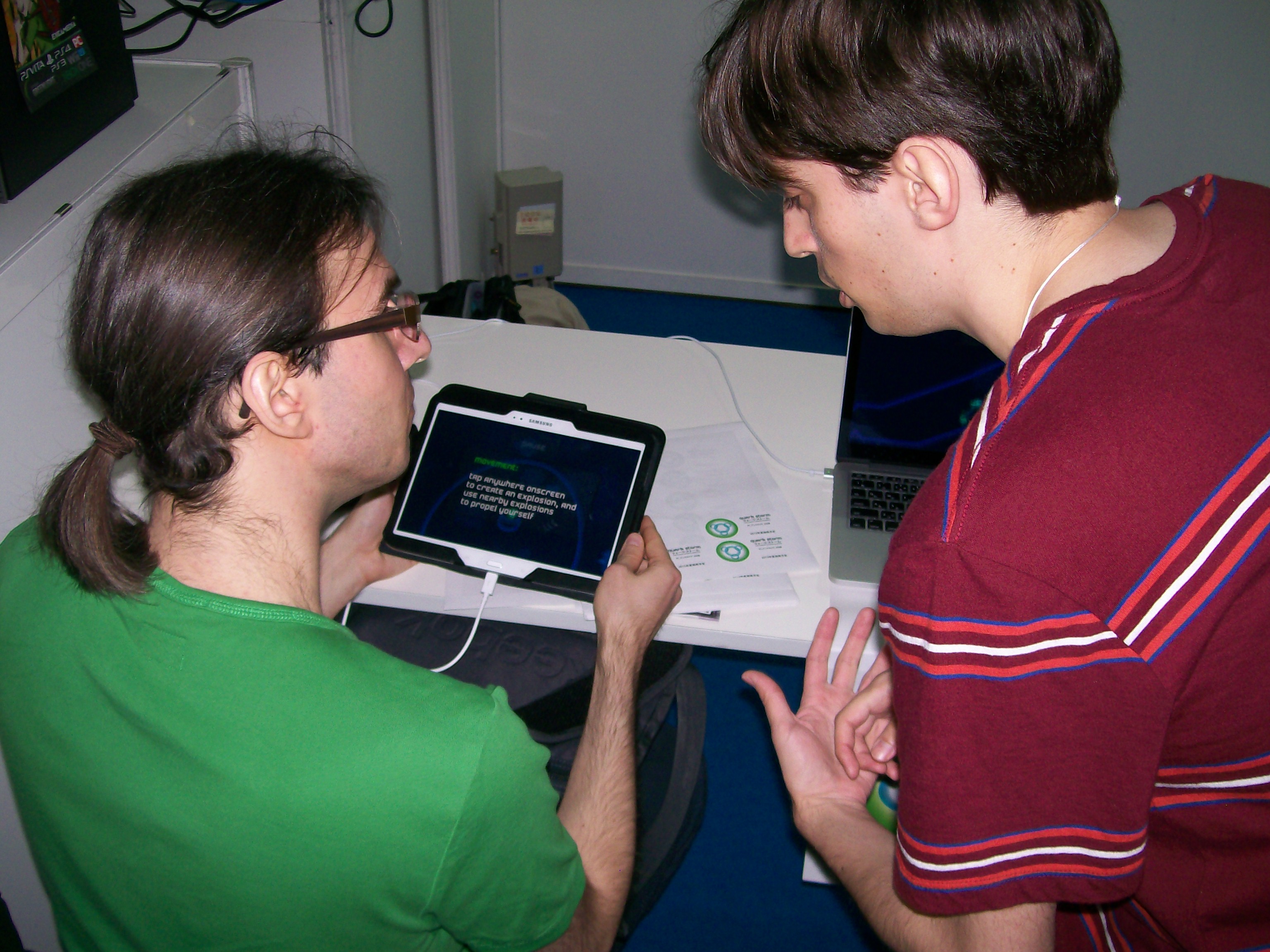 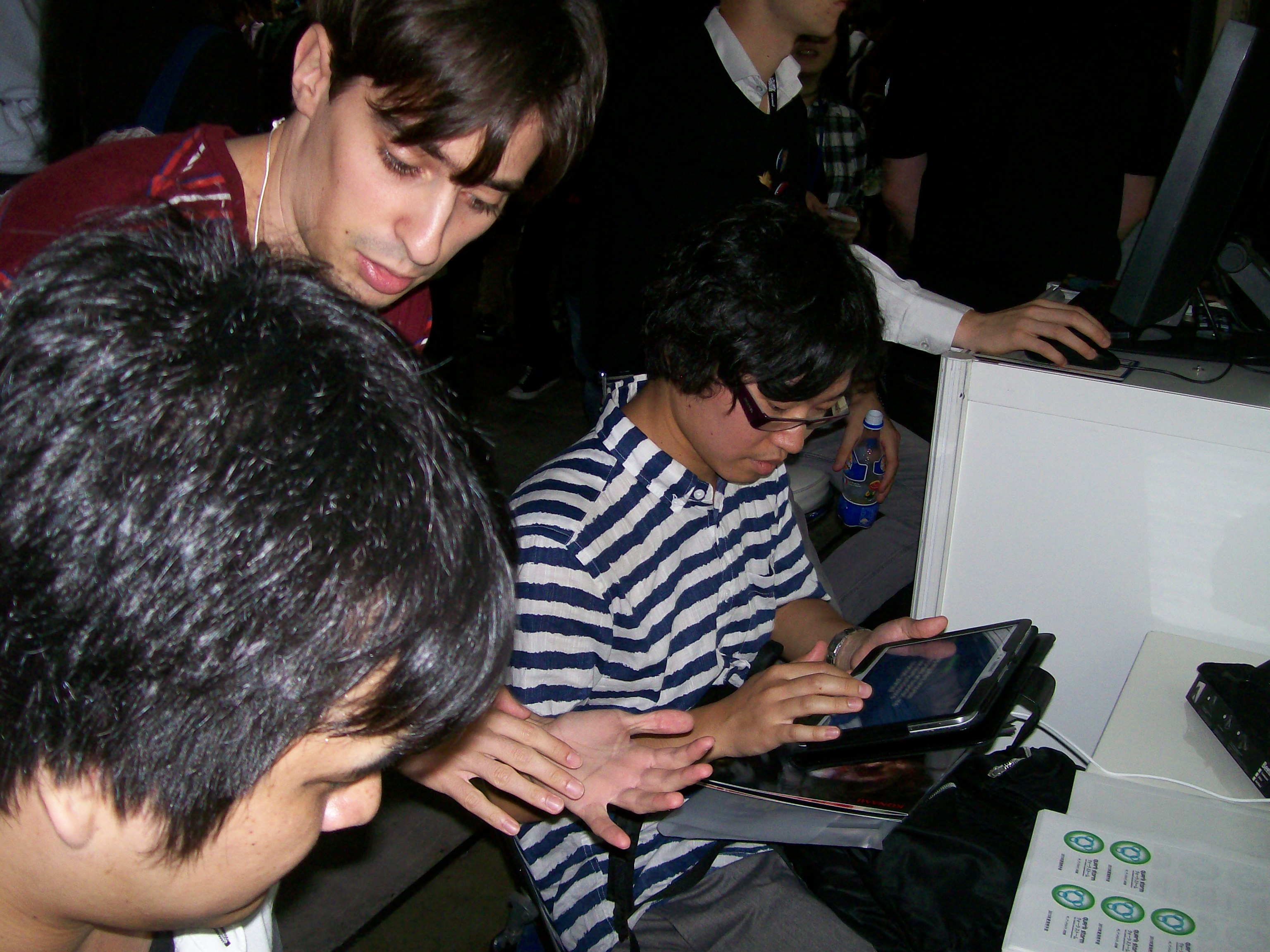 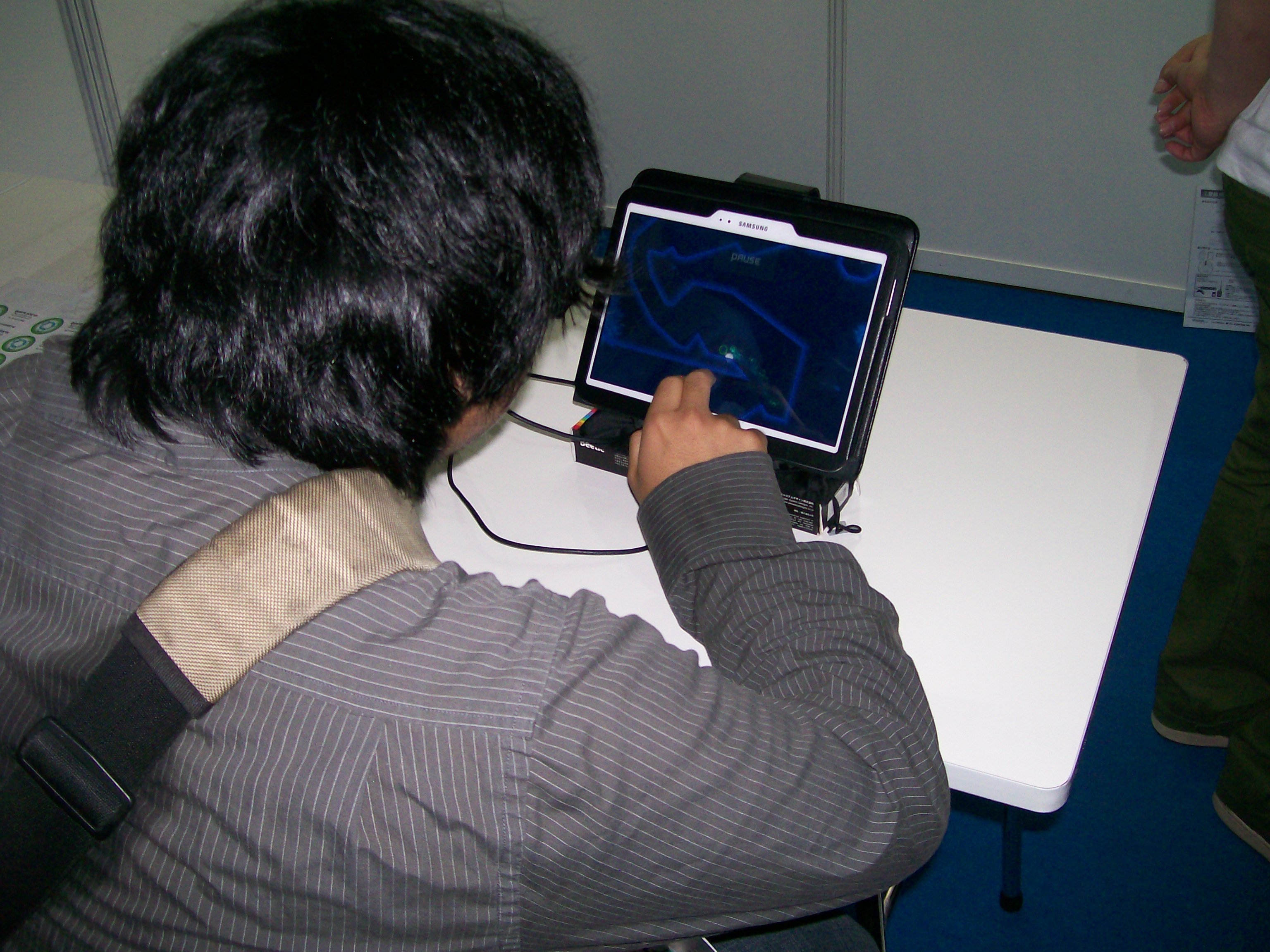 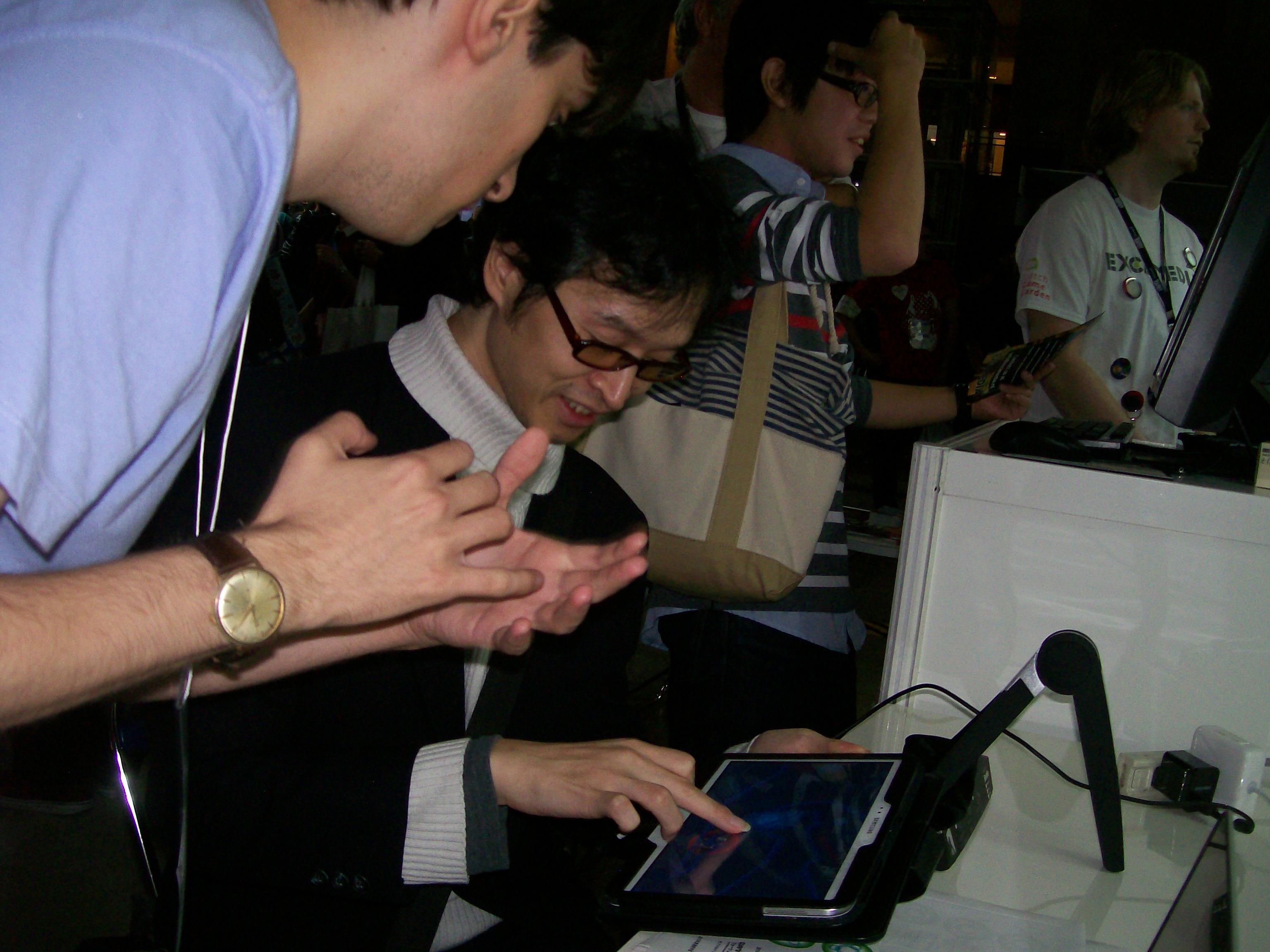 Now that the dev team has kind of disbanded before we could even get going, it turns out I'm still on my own when it comes to working on Quark Storm. Still, I'll be doing my best to see if I can meet up with some people while in Japan, and will continue to work on the project no matter what. I hope you'll look forward to new game updates in the near future!

News updates from me have dried up as of late, but that's because I've been working on something big: showcasing Quark Storm at this year's Tokyo Game...

While the game's levels were looking sharp before, they were kind of rough around the edges. With this update for the level editor, however, it looks...

I've reworked the game's hint system, making it a whole lot easier for players to read the hints while on the move. Read more about it in this bite-sized...

After basically reworking the way I handled graphics, collisions and level design from the ground up, here's an update highlighting how that affects Quark...