InMomentum is a minimalistic / sci-fi platform racing game that challenges the players to think in both horizontal and vertical perspectives while racing each other or against the clock in a puzzle-like environment.

Thanks for voting and helping InMomentum on it's quest to become the 2022 Indie of the Year. You are now in with a chance to score some free games. Help this game secure more votes by embedding the widget (or link) we have included below on your favorite sites.

InMomentum, the minimalistic sci-fi racing game by Digital Arrow is available on Steam.


We bring you the second major patch for inMomentum, featuring Universal Plug-and-Play Multiplayer, and a lot more goodies! 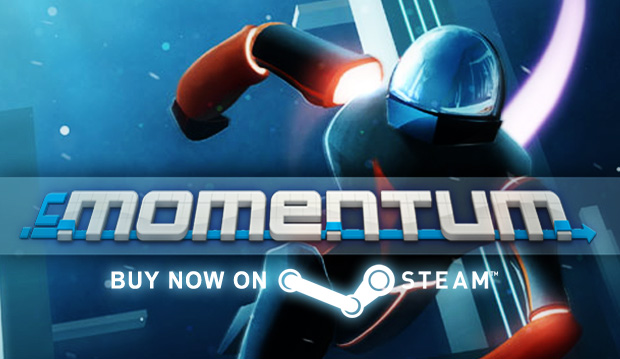 It's one of our highest priorities to listen to our community, therefore we invested a lot of work in providing the universal plug-and-play multiplayer solution for inMomentum. It will allow more people to enjoy our game and engage in multiplayer races. In addition to that, numerous bugfixes, changes and additions are included in our latest patch.

To kick this update off, here is our brand new multiplayer teaser. Enjoy!


Here is the complete changelog for v 1.14

And to wrap up this update, here's a video that shows the update in action from a player's point of view.


We hope you enjoyed this update. If you would like to follow our progress, you can Watch the project or tune in with one of our community sites or our forums. Thank you for your interest and support!

We bring you the first major inMomentum patc, first in the series of extensions and fixes to the game. In this patch, we include new features and elements...

Hey guys! A sale promotion for inMomentum that supports Dilogus - The Winds of War is going Live Soon!

InMomentum Makes it to Top 100 of IndieDB's Indie of the Year!

InMomentum Makes it to Top 100 of IndieDB's Indie of the Year! Thanks so much guys for your support and votes.

InMomentum in IndieGala (Pay What You Want!)

IndieGala went live today and it contains inMomentum as well, along with 6 other games. It's pay what you want and it supports charity.

Hey guys - all of the team from Undrawn Reality (The Spire) will be playing InMomentum on the 16th of this month as part of our Christmas party - if anyone wants to hook up and play, please drop me a message or post on here - PS. Vote for this game in the IndieDB awards, Digital Arrow rocks!

Games Amazing!
Anyone wanna get together and play Multiplayer my Steam Name is 113mac113

Top 20 users that provided meaningful insight and feedback in making the gamer better were given a key.

Dam you you guy's stole my idea.