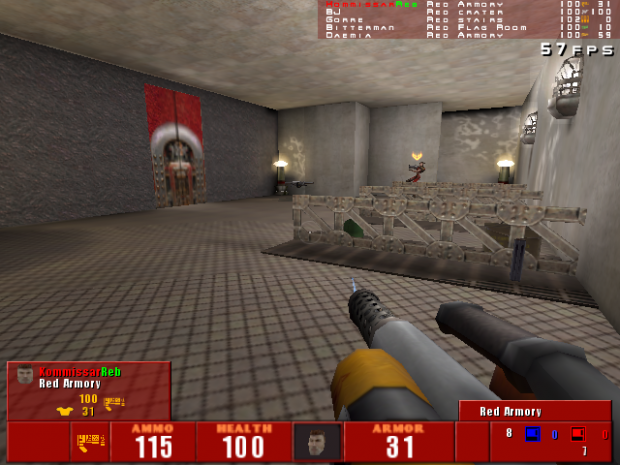 Reading your description, you sound eager. So here, let me try to help you out ; Ws.q3df.org
-
Icculus.org
-
Those two links has good tips and tutorials regarding mapping in Quake 3.

The Death Strip was a map idea I came up with years ago
but never did until now due to my troubles with GTK Radiant.
Now I finally figured out how to use GTK Radiant (somewhat),
seeing how I can only rely on myself to make maps where I can
bring my ideas to life.

Some people reviewing or commenting on this map will probably complain
that I use standard textures, the terrain is blocky, and the architecture
is ameteurishly done. This is my first map. While some could argue it shouldn't have been
released because of that and the fact that it doesn't look graphically impressive,
keep in mind I was going for a "retro Quake 3" look in level design.

I was using patch meshes to make the terrain at first, but later had to redo
the terrain on the red base when I got a MAX_MAP_PLANES error for using too many.
So I settled for using brushes that I whittled into hills and rock formations
with the CSG Subtract function.

I wanted to put more stuff in the open areas of the courtyards where the
trucks and campfires are, but couldn't decide on what. Maybe I'll make a
version 2 where I do.