Pure Rocket Ownage is fast-paced dynamic action game in which player takes control of a tank. Tons of explosions and blasts is what define our game. You will be able to challenge your skills in various game modes such as Arena, Time Attack, Time Challenge, Survival, Race, and Base Defence. To make game more fun depending on how well you played levels you will receive certain mark and thus cash that you can spend in upgrade store in order to make your tank stronger.

PRO - team members' opinions and little quest for You!

Few words about the game from each member of our core team:

waxx wrote: My favorite game mode is definitely race. High speed of tank, along with numerous obstacles on the road create very fast-paced gameplay, sensitive for even smallest mistakes.
You need a lot of tries and different approaches on a certain map to finally get a clue where to start slowing down, when to take a turn, to master it.

Decisions that you need to make in just a second - whether to shoot barrels and drive through them risking losing some of hit points or using the alternative path but little longer, also make the overall game much more fun. And then comes the big relief as well as joy that you have finished a level without any death and you got 3 stars for it, beating a record on top of it. 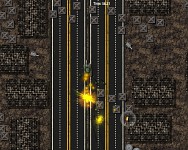 regg wrote: Game itself turned out to be great. It surprised me somehow, it really did! From the very first builds I had tons of fun, it's really playable even as beta. Didn't really expect that a game that i'm creating as well, might give me so much satisfaction from both developer and player side. Favorite game mode? Hmm, time attack, but I don't have a clue why :fishface: 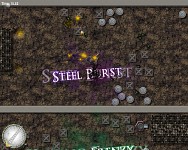 ANtY wrote: My favorite game mode is arena. I love AI of our bots, which is more inteligent than i could imagine when we were concepting this mode. This mode requires more "skill" than other modes imo. If you want to get 3 stars you have to not only think about your KD ratio (kills : deaths), but about your accuracy too. This is also the only (for now) mode where you can collect bonus crates while playing. These crates provide double damage, invisibility and haste. Bots can collect them too so it's two edged sword. These two things are making arena the best mode for me. 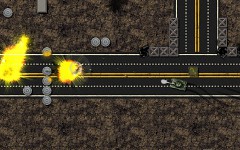 We had already two approaches in making Base defense mode and both wasn't fun to play. Maybe you have some good idea what this mode can be about (or maybe with other name), because we want to have 6 modes and we have only 5 now. Maybe tower defense? Maybe something else?
For the best idea we have free copy of the game after release.

And last but not least

We got some WiPs from our new artist regg 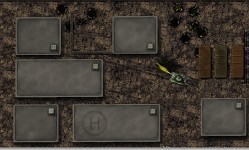 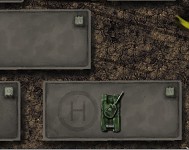 Pure Rocket Ownage is fast-paced dynamic action game in which player takes control of a tank. Tons of explosions and blasts is what define our game. You...