PUNT is a first person puzzle platformer running on the Source Engine. Set in a retro-futuristic alternate history, the future is today! Using the E.C.H.O, navigate the puzzles of Harmonics and overcome obstacles of increasing complexity.

Hello again! We are LunchHouse Software, the team behind PUNT. We know that it has been quite some time since you’ve last heard from us, and we’ve never addressed our affiliation with PUNT. You might be wondering what LunchHouse has been up to with PUNT. We know a lot of you will have questions, seeing as normally when a team goes silent about their product, it's not a good sign. However, contrary to precedent established by decades of gaming history, PUNT has not quietly been shelved. Since 2018, the game has remained in continuous development, even if we didn’t discuss it much publicly. We have made many great strides towards getting the game launch-ready. So here and now in this brief update post, we’d like to give you a bit more insight into the current state of affairs with PUNT, and what you can expect from its future.

In 2018, the project was restarted. A duo of passionate developers took what the game was at its very core, and started to build it again with the new founder’s vision in mind. This iteration had the smallest team by far, with only two developers: a level designer and the game’s designer. That earlier team opted to scale down their technology drastically, abandoning the complex systems that they couldn’t maintain for lack of an engineering team. As you can guess, doing a project on the scale of PUNT with only two people, things were slow and the end wasn’t in sight. When making this version, unlike other iterations, they focused exclusively on one goal: to make a complete and playable puzzle campaign. And, while successful, the final product wasn’t ready for the world to see. It was largely incomplete and was lacking significant components. However, it would go on to become something much greater.

In the winter of 2019, a team of friends that would go on to call themselves LunchHouse Software began developing PUNT, again, entirely from the ground up - this time, with an entirely new production team and philosophy. We worked to reimagine PUNT to be a true reflection of the original vision: the year 2000, as imagined by somebody from the 70s. The world of tomorrow, clad in wood grain, concrete, plastic and synthesizers. We borrowed the 2018 build’s gameplay mechanics and elaborated on them in order to build a complete campaign that challenged puzzle solvers to think in abstract ways. LunchHouse would go on to expand into other enterprises, but PUNT remained our flagship title.

That brings us to PUNT as it stands now. After over three years of development, a mountain of caffeinated beverages and antidepressants, tears, sweat, and lots of yelling at our computer monitors, we can proudly announce that PUNT’s puzzle campaign is complete. All of our core puzzle designs are final. From here, we’re working on implementing our introduction, ending and intermission sequences, to provide a more cohesive and narrative-driven experience. These additions will still take some time, but we’re aiming for a release some time this year. In the meantime, here’s a collection of screenshots from our campaign to give you a sneak peak at what we have to offer. Keep in mind we are still working on improving things before we release and these screenshots wont represent any of those changes in the interim. But we do hope you like what you see! 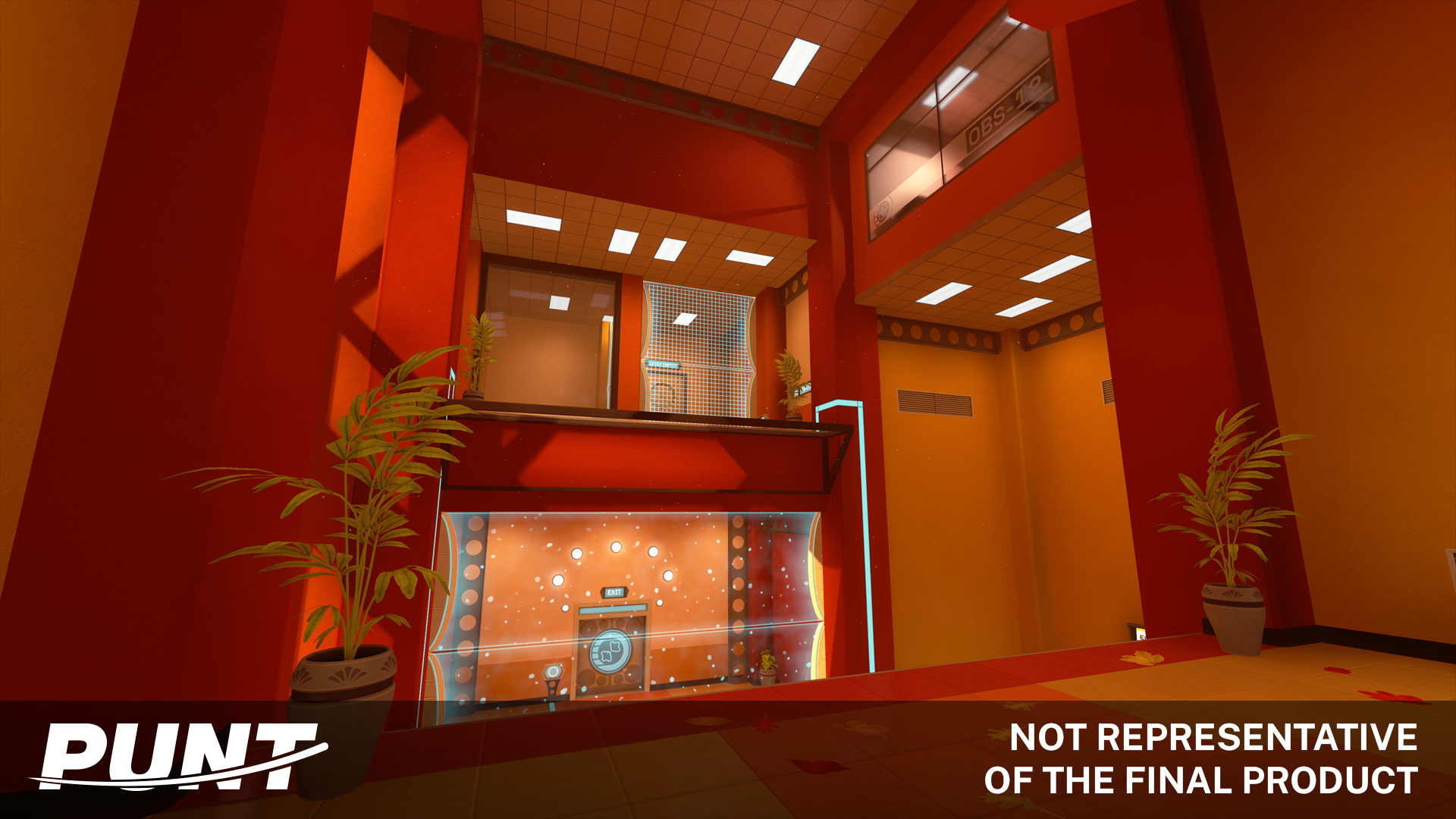 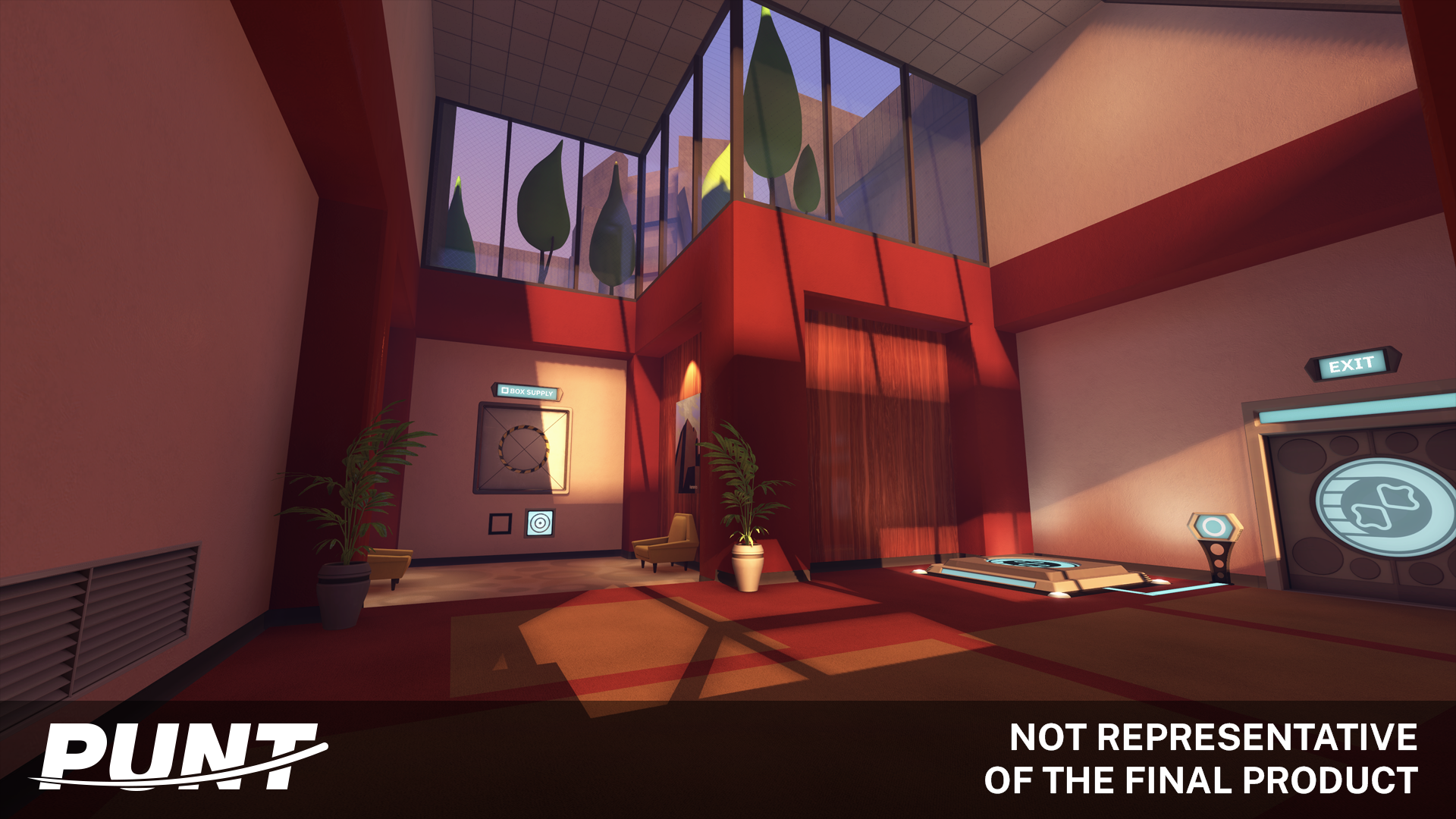 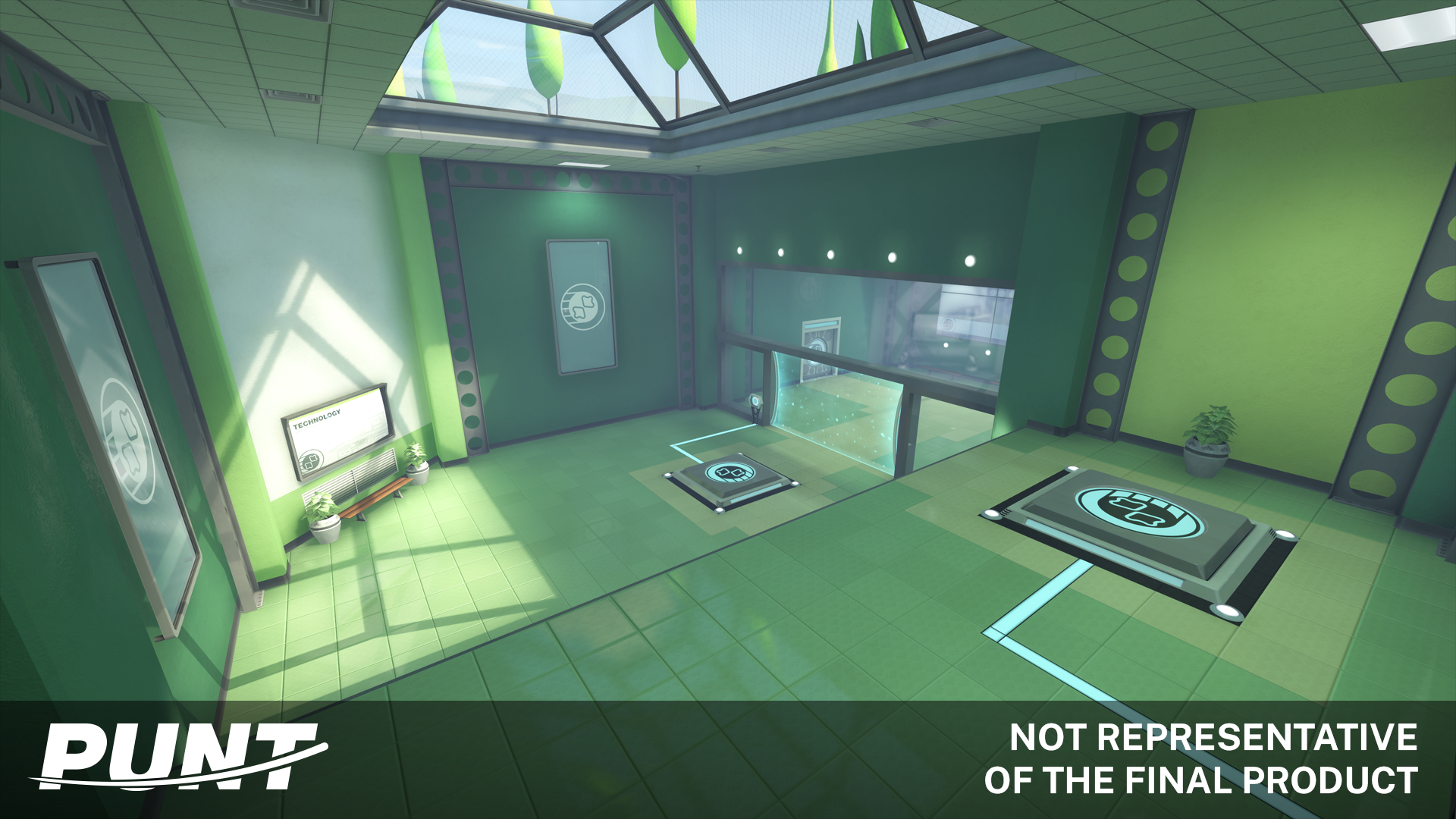 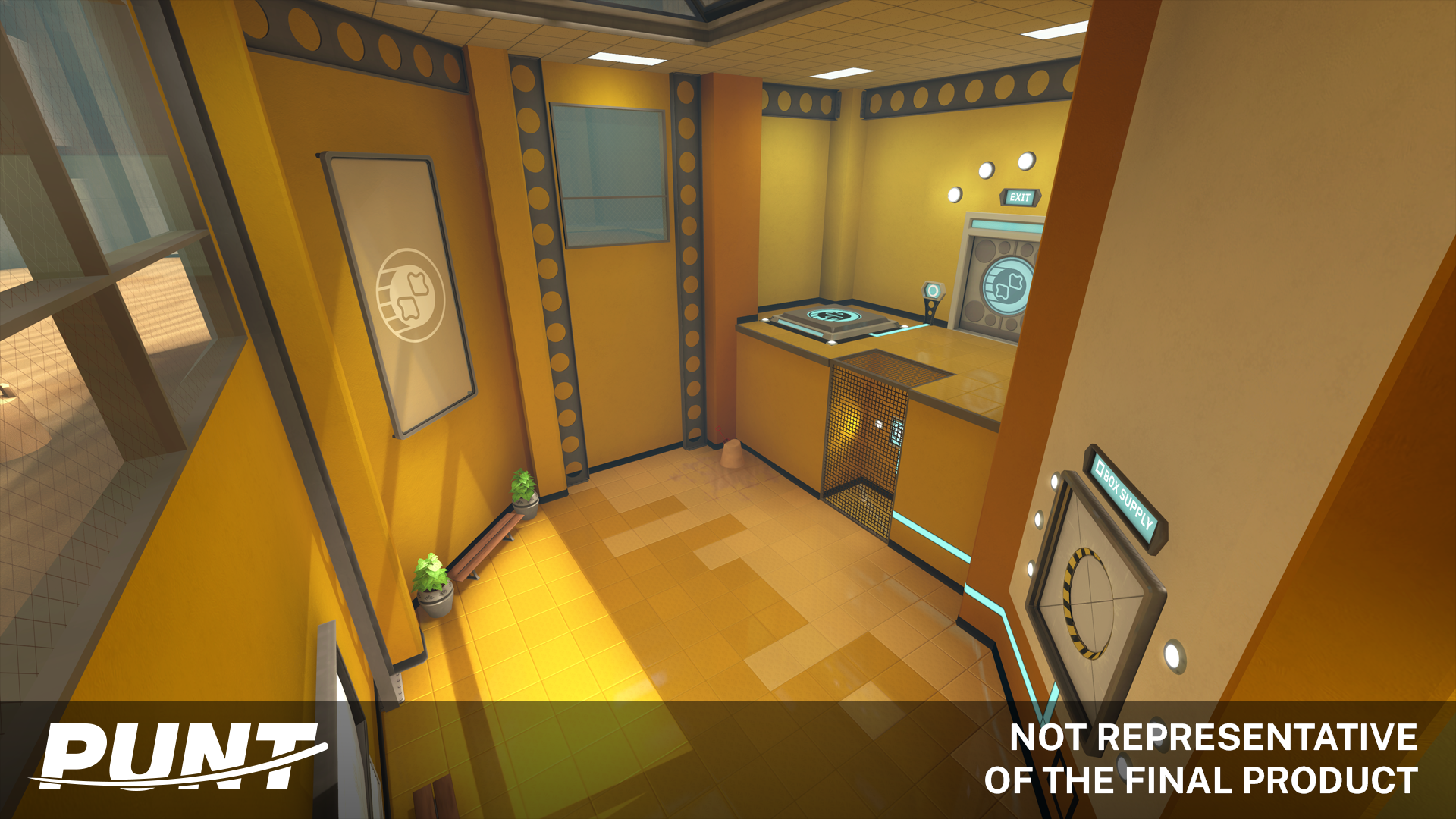 Now you are all caught up with what has been the journey to the point we are now. That brings us to what is still to come. Upon completion, we intend to release PUNT as a commercial product on Steam. The final game will have 2 - 4 hours of gameplay, depending on your puzzle-platformer expertise.

The game is planned to feature Steam Workshop support, in an update following release. Unfortunately, at LunchHouse, we believe in deploying the game first over DLC. As a result, custom asset creation tools will be treated as such, and will deploy at a later date shortly after launch.

We hope you are as excited as we are for what is still to come in this journey. But while we still have no definite release window, this post is the first of many as we come back out of our silence and begin to post more updates on our progress and other exciting news we have to share with the community. Thank you for sticking with us. We hope you will love the game as much as we do.

But for now, from all of us here at LunchHouse Software, we hope you have a fantastic rest of your day, and an even better tomorrow!

New PUNT, who this?

I didn't understand that part in the new update- ''commercial product'' like what basically they did with Black Mesa when Valve give em full permission to goes on commercial? Back in the days most of the peoples were kinda disappointed that mod would be ''commercial'' and some of those stay rather a free sourcemod.

Damn this look so good :0

I know that it is still active, but will there be a new article? Just notice the page has been updated right now : p

We've not been working on it for nearly that long. We're still at it though.

Wrong, it didn't take that "long" for PUNT it has just recently restarted.

I've been very nervous about what you were implying by this for a while now, would you be able to tell us or show us anything soon based on that its been 2 months and 5 days since you posted this.

We'll show things off when they're ready. Stay tuned.