Not only does Project Growth stand for our own growth potential while creating this project, it also stands for the theme of the project and the educational aspect that we want to incorporate in it.
In addition to education, "Flemish" is another pillar of our project. Flanders (Flemish speaking part of Belgium) can be proud of its forms of visual entertainment, ranging from comic strips and children's books to television productions. Our aim is to develop a game that equals the quality of the other Flemish forms of visual entertainment.

Project Growth is a game aimed at children in the first and second year of primary school (aged 7 to 9 years) who are just learning to read, write and do arithmetic but also still like to play a lot. Since our game is made for young children, we are aiming for a PEGI 3 rating. This means our world and characters look friendly and there won't be violence and gore in our game.

The 3D game world in which players are free to explore at their own tempo is inspired by Flemish folklore. The game is an interactive children's story, told by a fictional storyteller that encourages players to dream away in an imaginitive world with interesting locations and characters, and story-based assignments with challenging puzzles.
In Project Growth you play as an Alvergast. Alvergast are a unique human-like creature, very similar to elves, trolls and leprechauns. The Alvergast are very small (5cm) and live undergrond. They have a celtic-like culture. At night the Alvergast go outside and do chores in the 'human-world' when people are sleeping. In return these giants leave some food on the tables for the Alvergasts, to thank them for the work they do at night.

We also want to make the game a tool that can be used in education environments (schools) or at home. It enables educators or parents to follow the performance of their children. This should help clarify a child's abilities and/or matters. Because the test is in the form of a game and the player does not know an analysis is being made, the result is not unfluenced by stress and pressure to excel. This might be the case in current tests being used. 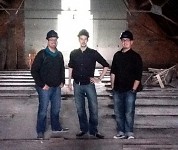 With a young and dynamic team of core-developers, freelancers and students we aim to create fun and artistic games that have more to offer than an entertainment experience only. Our projects incorporate artistic, cultural and educational aspects to gaming. Together, we hold a passion for gaming, creative processes and a commitment to our industry.
We are working on our first big project for one of our clients and we are happy to have other indie developers, highschools and universities as our key partners.

Partnerships:
Since not so long ago we were students ourselves we are happy to work together with passionate students. We give students the change to learn from our projects and to get involved in the game industry. We are also interested in working together with other indie developers and mod teams in the future, LuGus Studios believes in partnerships. If you are interested in becoming a partner of LuGus Studios we are always interested to hear from you. You can contact us trough info@lugus-studios.be

Project Growth status:
We love Project Growth, it’s our baby. Right now it’s our portfolio project and it helped us turn LuGus Studios into what it is today. While we would love to spend all our time on this project, we have other more important projects to work on right now. The project isn't canceled but it’s not a priority at this point. We hope that the financial stability and experience we gain from our other projects will help us to create our dream project. 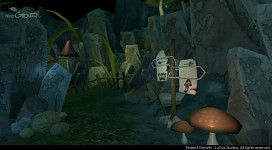 Events:
Good news!  LuGus Studios will be attending the Game Summit 2011 on September 30 in Antwerp (Belgium). You’ll be able to discover the world of the Alvergasts in our Project Growth visual demo, made in Unity3D.  We are excited to meet other developers and gamers at the Game Summit Exhibition and hope to get your ideas and feedback for the future of LuGus Studios and our projects.

Even more good news: Wim Wouters from GriN organizes the first Belgium Unity3D Day. It’s an event for developers, publishers, enthusiasts and others interested in Unity to come together to learn more about this market-leading platform. Robin Marx, co-founder of LuGus Studios, will give a talk about starting our company, why we chose Unity as our main technology and how we plan to use it.  We would love to meet you at the event in Antwerp Central Station, so mark your agenda for October 13, 2011 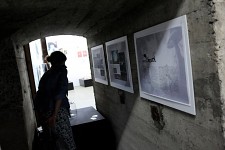 Our master-presentation at C-Mine Genk (Belgium) went great; we got a lot of great feedback and interesting questions about our project. We've also been...

In our previous news post we showed one of our Alvergast characters in-game for the first time, these characters are very important in Project Growth...

A lot has happened the last couple of months, we have been very busy with Project Growth (PG) and some other projects too. Since we mainly work on the...

Running on a web browser

We are still hard at work on Project Growth, producing new game assets to add more detail to our environments, working on our characters and planning...

I love this. I've been trying to think of how to innovate education games. I'm aiming for an older audience than you guys are, but still, this could be very impressive.

I think the most important thing to remember when creating an education game is that a game ALWAYS has to be fun. So we mainly aim to create a fun game, the education aspect is an extra layer.

So I take it it's gonna be within a browser?
Also how will the game play be like?
And how many players will it be?

Yes you can play the game in your webbrowser, our screenshots are taken in one.

Puzzle adventure gameplay and the player will get a lot of freedom (non-linear gameplay). Yes, there will be interaction with other players but we haven't announced anything about that yet.
We are currently in pre-alpha stage, getting our artwork ready, testing out different things, nothing is set in stone so thats why we have'nt revealed a lot about the gameplay yet.

Is it hiding at the the rocks in the center?

Absolutely adore the design of this game. Watched and posted it to friends,
(@Betelgeuze I'm sythenDesigns on Deviantart)

Thank you for your support and encouragements, I appreciate it!

Just wondering but will this be a free download game or will it have a demo then when the full game is released we have to pay?

No decisions have been made in that area, everything is possible. We do hope to earn some money with this in some way.

Well I do hope for the best for your team on this, from just the few concepts you have here I'd say it'll be a very great and well done game.

Thank you, we appreciate it!