POWER-UP ...is the modern-retro styled Shoot-Em-Up from one-man game studio, Psychotic Psoftware. Spanning vibrant locations to a monster soundtrack, Power-Up thrusts you into battle with a diverse range of fighters, freighters and titanic level guardians. If you loved retro SHMUP classics like R-Type, Hellfire or Project-X, you'll get a real kick out of Power-Up's slick, detailed visuals, challenging gameplay and impressive arsenal of weapons. SYNOPSIS: The Earth is doomed! As you pilot the prototype fighter, Weapon-F through the debris of your vanquished escape shuttle you come to realise that you are the last human alive. You alone must take on the army of reptilian monsters responsible for the destruction of humankind. You alone must carry out your final mission... Revenge! ACCOLADES: Power-Up has been acclaimed for its smooth-as-butter playability and its RPG-like weapon system, not to mention its formidable bosses and belting music! Compatible with Xbox 360 Gamepad.

A couple of months ago, I put my little game Power-Up on the long and grinding Steam Greenlight journey... realising that this was going to take a while I decided to release the game early provided there was a heartfelt push to get Power-Up to 50% of its greenlight target by Feb 27th... And guess what, there was. 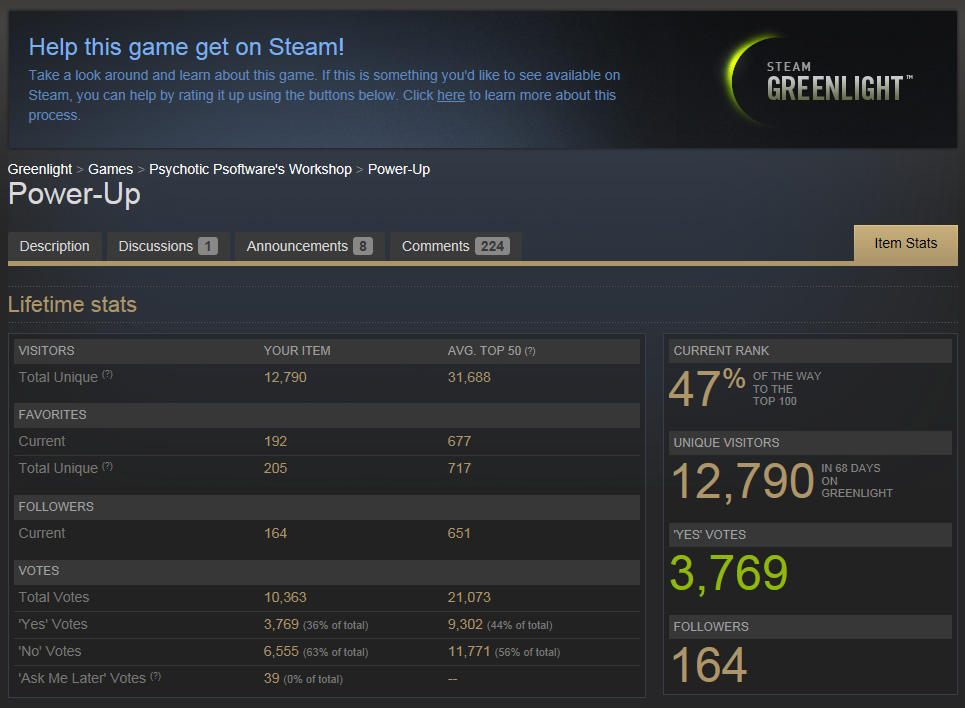 Sure, we haven't quite hit that 50% mark yet... that's a BIG ask for a small fish like me, but 47% is more than I realistically expected and definitely good enough for me. I think you guys have more than earned it so on Feb 27th I'll be releasing Power-up to all good PC portals.

Now, I don't like being ripped off, and I'm guessing that you don't either so as Power-Up is my first go at game-making on a commercial level, I've decided that it'll cost a fairly budget price of just £1.99... that's 2.99 if you're working in USD or Euros.

You can pre-order the game right now over at Desura and if you do, then vote "Yes" on Steam Greenlight, I'll make sure you get a free Power-Up Steam code when it gets Greenlit too. I can't say fairer than that, now can I. 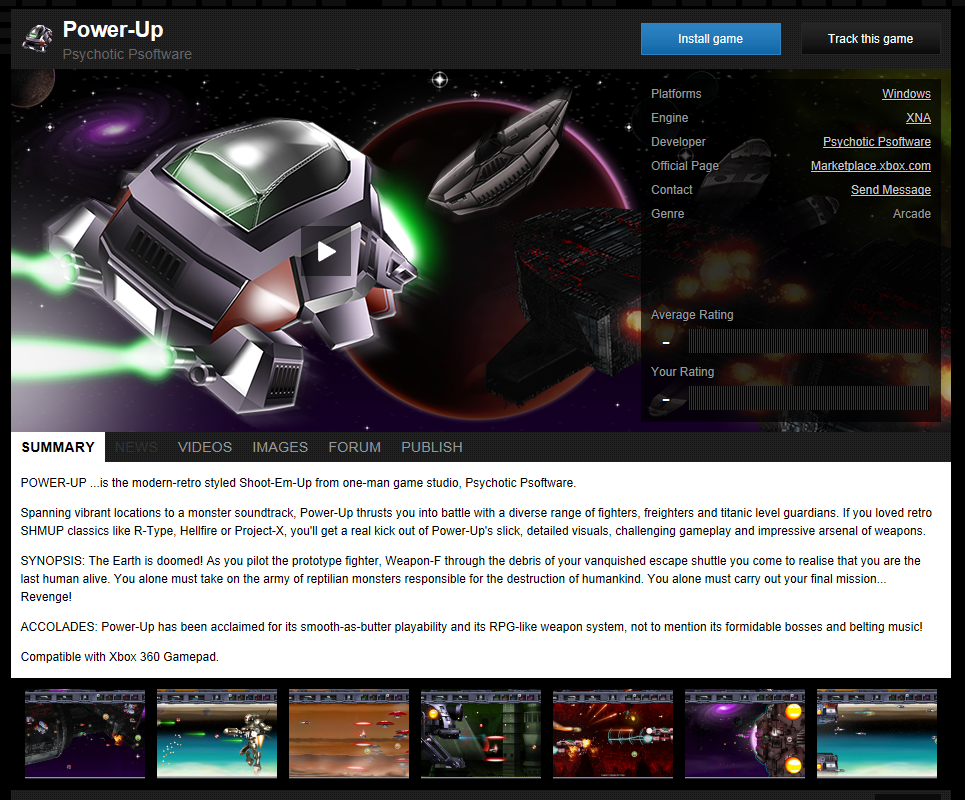 Yes, Power-Up is my first go so I'm learning all the way, and yes, making sure you all get your Steam codes is going to be a lot of work on my part, but the thought of you having to buy the game twice doesn't sit well with me. As far as I'm concerned, once you've bought it, you've bought it.

As I've said before, Power-Up is a side scrolling space shooter, and while I've given the art and sound something of a modern overhaul, Power-up is very much modelled on the intuitive but furious learning curve and design ideals of the games of the 80s and 90s with an emphasis on challenge, fun, and just a little control-innovation into the bargain too. 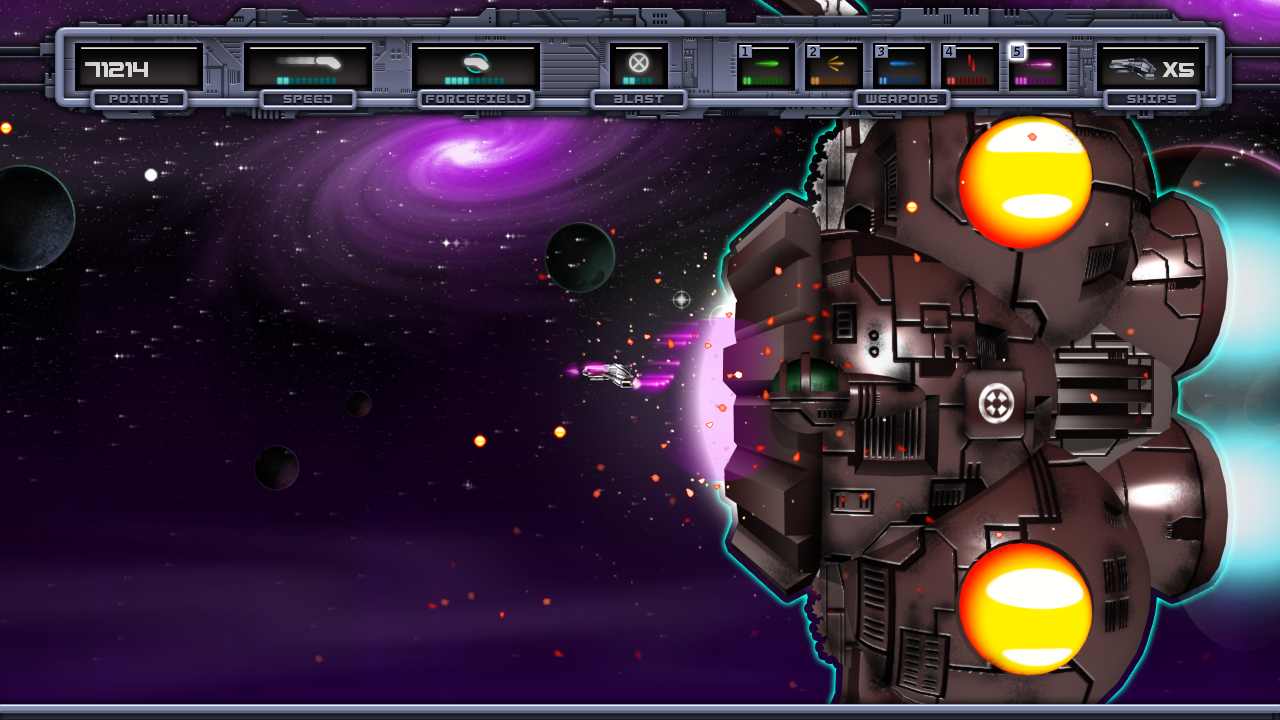 Power-Up's RPG-Lite completely selectable and upgrade-able weapons system takes the game away from the linear rail of the classic shooter and makes for quite a unique SHMUP experience.

So if you like the look of Power-Up, feel free to pre-order the game:
Indiedb.com

...Then to vote "Yes" for it on Steam Greenlight.
Steamcommunity.com

Then drop me an email to me at psychoticpsoftware@gmail.com with proof that you did. (Screengrabs will do me), and I'll make sure that you get your Power-Up Steam code when the game gets its Steam release.

Right, better get back to it... this game won't release itself, you know. ;)

Want to see Power-Up in action? Just check out this trailer on Youtube.com
For more info on Psychotic Psoftware, visit my site: www.psychoticpsoftware.com