"Potania: Is Cold, Also Dark", is a town management game where you must guide the Potanians to build a village that will support the harvesting of the resources they require to survive the harsh winter.

Potania was originally created over the course of 48 hours as part of a GameJam, we are very proud of the game we created in such a short time and we will be continuing our support of the game with even more bugfixes and content updates.

Potania has now officially reached version 1.1, marking the Linux release of the game as well as several other improvements to the game, such as selectable scenarios, of which three have been included, we will continue to support Potania as bugs are identified and fixed as well as features are added to the game, slowly but surely we're ensuring that Potania is a game you'll love to play.

Full changelist is as follows:

FIXED: Animations on workers have been fixed.
FIXED: Workers will now be deleted along with the buildings they're assigned to.
FIXED: Tree's no longer block placing buildings.

The full 1.1 for Potania: Is Cold, Also Dark, bringing a whole new set of features!

The full 1.1 for Potania: Is Cold, Also Dark, bringing a whole new set of features!

The project ended? All bug's fixed? Final version released January?... or did the project die?

This was only a game jam project for us, so we haven't had time to work on it while we're making Collateral. We want to get back to updating Potania eventually, but for now it's on hiatus.

I see, so I don't need to track it anymore. Thanks for your reply. Have a good day!

We have just posted a new update, there isn't too much additional content, but I assure you that the project isn't entirely dead, just... glacial :P

Hi,
Yes, I just noticed, when you replied to my latest comment.
Well, I am still curious and interested to see that game finished. There aren't many of that kind- at least I haven't noticed any new games of that particular genre.
All new games that recently came out, let me mention the RPG genre(example) are "******" Zombie games which I've disliked since the 500 installment of Night of the Dead or whatever that movie was named. >.<
Anyways, gonna track it for a while since you finally put an update! ^_^

- Ado: Don't tell me your new Collateral project involves Zombies?( The game main picture on indiedb shows a creature).
I ask, because now really I'm so tired of Zombies since they came in the 70-80 >.<

One faction performs genetic experiments(close enough to zombies if you ask me), but there are 8 other factions that don't, so there's that :P

You see- off topic- for me experiments involving DNA-restructuring/modifications are fine, when the result of those experiments are Zombies. It's still Sci-Fi/realistic/rational/possible, but.... I just hate the BUUU-WE WILL ALL DIE- THEY TURN US INTO ZOMBIES thingy. :D So irrational. I mean I love Fantasy, but when seeing a vampire it is more "rational" than seeing a ..... natural Zombie. xD

having a problem with the linux version, gets stuck on the potania logo, never gets past it. other unity games work fine

We have fixed the issue in the new version (1.1.1) for Linux, sorry it took so long to get around to! 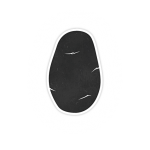