Physworks is a physics-based puzzle game for Windows Phone 7.5 or above.

It combines physics puzzle concepts with tile-based construction. Finish levels any way you want to, with most having hundreds of different ways to complete them!

Its been a while since the last big update to Physworks, but the time has come again to bring more features (and fixes!) to the game.

The biggest change this time around is being able to connect wire objects directly together without wires between them, simply by placing their connections adjacent to each other. 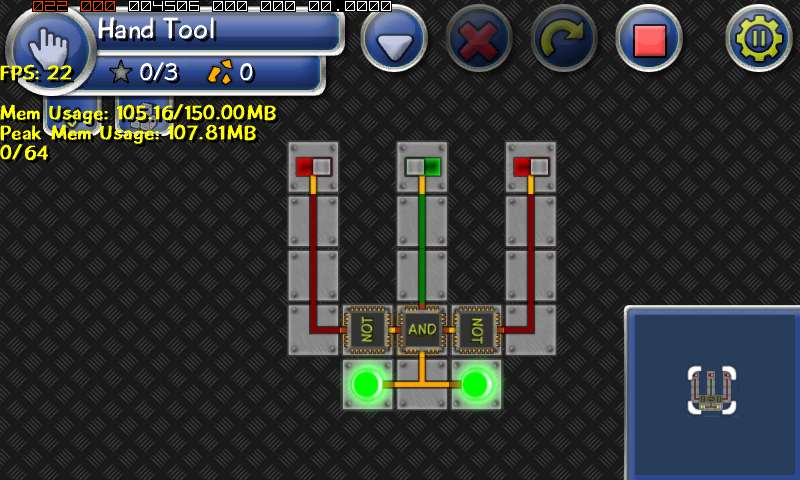 On top of that, a small patch (1.3.8) was also made to the WP7 version of the game to fix a few nasty bugs. Here's the change-log:

Its finally here, albeit a bit overdue, but 1.3 brings some much needed optimizations and improvements to the table.

A patch to fix a couple of issues with the news feed.

This patch should bring a smile to any Russian players out there who like making their own sandbox levels. It adds support for Russian alphabet/characters...

An update was released to fix a crash bug and couple of other things in Physworks.