A first-person horror game with a bizarre combination of role-playing, non-linear plot and real time flow from Russian cult developer Ice Pick Lodge (The Void). In the title, you have 12 days to save the town of Ancient Steppe from an unknown disease and to rescue yourself, in this haunting adventure game where disease is an ultimate enemy.

Created to give a new view of the battle between man and evil. The Evil in this game is real. It seems we have succeeded in depicting its true form and insert it into the game mechanics. Such games are dangerous and this is our official preliminary warning.

The world of the game is a stone town on the border. Every house, every tiny fragment of the town resembles its prototype. If we throw out the useless pathetic, we’ll have a town that’s not been invented, it’s been rebuilt. Every day we have more and more things that are in their right place.

After some work with live actors, there are 27 characters in Pathologic. The players will be able to see photos of real people in the game, a part of which is concealed behind the masks of 3D dolls.

Every courtyard of the game lives its own inner life. Often random factors and planned events occur independently from where the player is what his state is. It can be different, however.

The primary task in the game is survival. The game allows the player to choose his personal strategy for survival – whatever you like. Chaos, marauding, communication, sleep, speculation, fighting or other… The freedom is restricted only by the abilities of the person and his will, as it is in life.

There are 3 characters you play as all with the common goal of fighting the plague, each with his own backstory/ambitions whose dialogue options reflect your characters personality while still giving you a variety of choices. What secrets you uncover has varying degrees of success depending on your own investigative ability. Your choices can have big consequences, there are no objectively right answers so weighing up what you have learned previously is important before forming your own argument and making your choices.

Each of the in-game characters lives the 12 days in his own personal way and will unveil the story only from one side. Each will see the same things, but will come to his own conclusions.

The essence of the game is a trap. Every one of the possible finals could be either victory or defeat.

Sep 25 2014 News
Whats so great about the original Pathologic?

Also thanks to the devs for setting up a wiki for Pathologic
Pathologic.gamepedia.com

Outline: A mysterious and deadly disease breaks out in a remote town built upon old tanneries and butcheries and you're caught in the middle of it in Pathologic. An ambitious plot driven survival adventure game remake from Russian studio Ice-Pick Lodge. 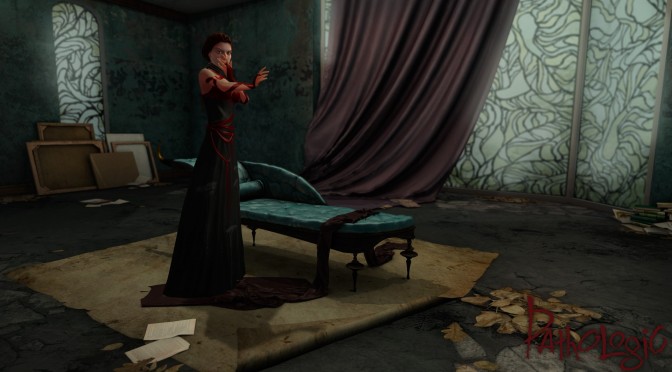 After a plea for help with their video for the Kickstarter page and a lack of translator when first attempting the project they have finally gotten a English translator Alexandra “Alphyna” Golubeva who isn't a native speaker, but being bi-linguial and a expert on linguisitcs she has a team of native speakers which she will be collaborating with on this project.

Since the launch of the Kickstarter campaign there’s been a lot of discussion about how the new Pathologic might turn out gameplay-wise. The subject has piqued the interest of both those who have played the original Pathologic and those who have never heard of the game before. So the game designer, Ivan Slovtosov has given his sneak peak at how the game will turn by going over in detail the goals they are setting (there will always be Russian versions of each update available). They have taken steps to avoid the technical issues of the original Pathologic according to Ayrat Zakirov, managing director.

The Windows demo version of Pathologic.

Pathologic is great game, but initially it works only in 4:3 aspect ratio resolutions. This addon brings widescreen resolution support for english and...

There is now a demo released for Pathologic which gives you the chance to try out this FPS from Buka!

I have bought the Indiegala Flash Beat-The-Average bundle. Is it correct that I only have the DRM-free download and no Desura key ?

The odd translation adds to the atmosphere GREATLY in my opinion,I mean most of the characters aren't exactly sane.The biggest mistake in the translation is in a letter telling you to visit the Polyhedron on the final day.
That aside,this game has the best storyline I've ever seen.And it has awesome lines like "I have come for your soul midget!"

There is a Polish translation available at the official website.

I bought this game in a bundle for my son.

He recently told me he was gay.

I blame this game. Damn you!

Might not have been the game that did it. Having a smelly piece of Mexican food as a father can do that to a person, y'know. Just saying.

This game is so good, too bad it's so difficult to play through. Very recommended anyway. It's quite an experience.

a sprint feature, for getting away from combat easier. a lean around corners gameplay mechanic for making sure you aren't going to stumble into fights in the first place.

Maybe some sort of fast travel, maybe to the corners of the town?

The game feels trudgingly slow when you walk everywhere. The script and dialogue could use some English spruce up. I also find myself wondering what's going on, so a simple laymen's guide to the game? It's obvious this game was made with intellect in mind, so either way it won't matter to me, but for others who stumble onto this game, maybe make it simpler for them to understand?

Again, just suggestions, I have no real inclination to continue playing, really, as I had gotten this in the Halloween Indie Royale bundle.

Having fast travel would absolutely ruin the survival element. The game is about traversing the town and avoiding danger. It's simple at first, but once things get infected, the game introduces a really dangerous challenge. I think a running feature would be viable if it made you tired more quickly.

A unique storyline with an immersive atmosphere, highly influenced by different cultures existing in Russia. Russian language version has awesome stylistics and is quite untranslatable.

The game might be a bit too postmodern (as was the intention, so that's a matter of taste).

On the whole, a lovely experience with some replay value.

The End of Days Role Playing