NORTHWIND is an upcoming adventure/management game set in the Viking Age. As an exiled Jarl you will have to provide for your people and brave the seas in search of booty and adventure!

Hey Northwinders! It's been a while since the last devlog! There's been a lull in production between December and March but we're back in force and we are making strides! Let's take a look at what's been accomplished in March and then we'll look at the roadmap for what's ahead. 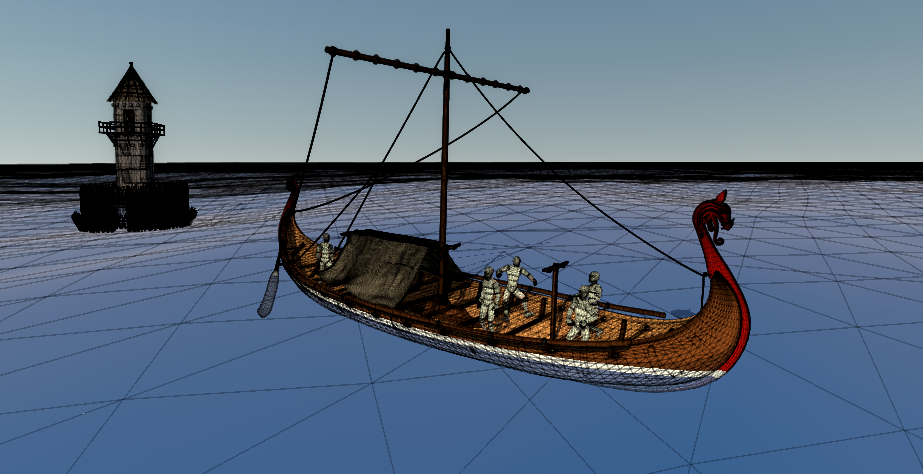 Gone is the old spring-based water system. NORTHWIND now has a new water rendering and buoyancy system that gives far better fidelity, stability and better overall looks! Rolling waves and choppy waters are now possible and increase the game's visual appeal a whole lot. The surface simulation is also connected to the wind system, which is in turn connected to the weather system. Meaning the ocean reacts dynamically to weather changes!

The water system is also split in up parts to maximize performance without sacrificing any graphical quality. The highest quality chunk is centered on the player at all times and follows them around. At fixed distances from the center that is replaced by lower and lower quality chunks. This all comes together to give the impression of a vast and expansive world that's not too costly to simulate or render. 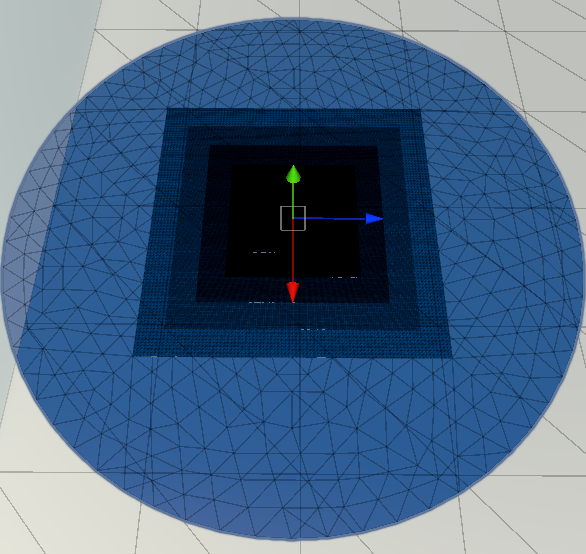 The player can now navigate between destinations across Northern Europe. The mechanic is fully functional and modular, meaning adding further locations in the future will be a matter of a few clicks. There are no loading screens, the player simply picks a destination and their ship will (try to) make their way there seamlessly from port to port. Below is a map of NORTHWIND's major ports. Note that none of the destinations are fixed and that they may change or be replaced as we go along. 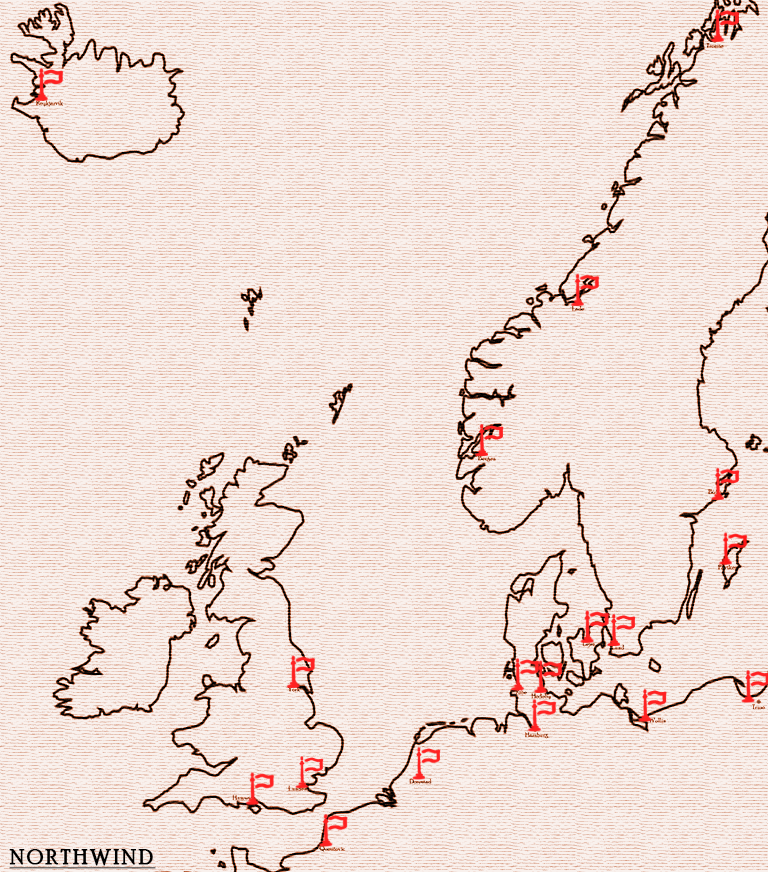 Along with navigation comes the ability to pull at specific locations and then sail away to another location. That comes in the form of a sequence that goes as follows:

Once the rowing animations have been implemented the player ship will also row in on approach and row out on departure!

The completion of navigation and port interaction represents a milestone for NORTHWIND. In the coming days those will be polished a bit and then focus will switch to another much-needed mechanic: Characters!

Working on characters will mean:

I've got a lot on my plate! Hopefully I'll have enough time in April to finish our brave norsemen. Once the characters are done I'll start implementing and balancing gameplay mechanics; the survival at sea, the events, the challenges etc.

By my reckoning this should bring us to May-June, by which point I hope to have a polished-enough product to launch a financing campaign!
Overall very pleased with the progress so far. NORTHWIND is shaping up nicely! As always if you're interested in the game check me out on social media and join the official community discord. Feedback and suggestions matter a lot and are actually taken into consideration, so if you want to be part of NORTHWIND's development come and join us! Links below:

NORTHWIND Devlog #5 - One Month In!

NORTHWIND is now one month old! Read all about how the first month went and what's in store for it!

What's a ship without a sail? And thanks to advanced particle cloth physics, Northwind has some awesome sails (and ropes). Check it out!

While the game is primarily focused on the sea, land locations are still very important!

Good luck chasing after Valheim! I can only presume with how new this is and after Valheim reported record sales of 2m units sold, some folks might try to replicate the viking survival genre.

NORTHWIND will be back in January! Happy holidays to everyone!

What game engine are ya using?

This project is just getting started! Not two weeks-old yet. If you want to be part of the community, share your suggestions and engage with us feel free to use the forums on indie/mod db and join the official discord: