You are landed on the planet in order to collect the "Resource". The absence of an atmosphere and strong cosmic radiation significantly complicate this task. 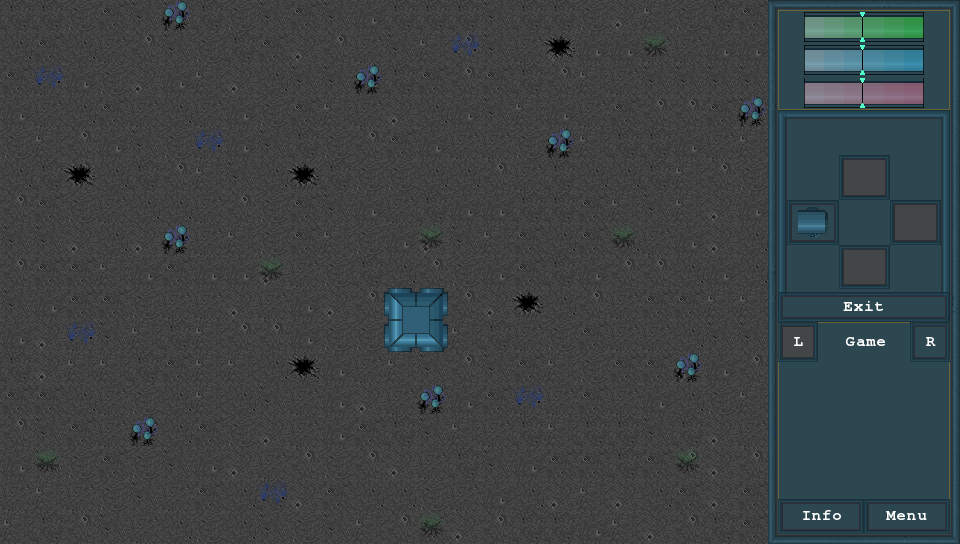 You can get to the "Resource" through "Wormholes".

To get to the "Wormholes" you need to build up to it a pipe.

For the construction of pipes you will need the "Resource" and "Energy". Energy can be obtained from special plants. Like other "Sources", it can be obtained by building a pipe on it.

An important part of the game is the balance of "Sources" and their consumption. Overabundance of sources can lead to the death of te colony, as well as their lack.

A "Wormhole" besides the fact that it contains a "Resource" is also a habitat for "Worms". Every time you capture a "Wormhole", "Worms" crawl out and and move to the "Base". If the "Worm" crawls to the "Base", the colony will die.

The "Worms" can be destroyed in gas chambers.

To operate these gas chambers you need "Green gas”. It can be obtained in places where it leaves the surface. As in the capture of other "Sources", this requires "Energy".

After the gas chamber is activated, it needs recharging. All the time while the gas chamber is being recharged, it blocks the way. If the "Worm" approaches the place where the path blocked, he will fall into a rage and self-destruct , this will lead to damage to the pipe, and this will lead to imbalance and the death of the colony. The "Worm" can not turn back, but it can turn left or right. So if by the time the "Worm" approaches, the path is still blocked, but on the left or right there is a passage, then the "Worm" will follow this path. 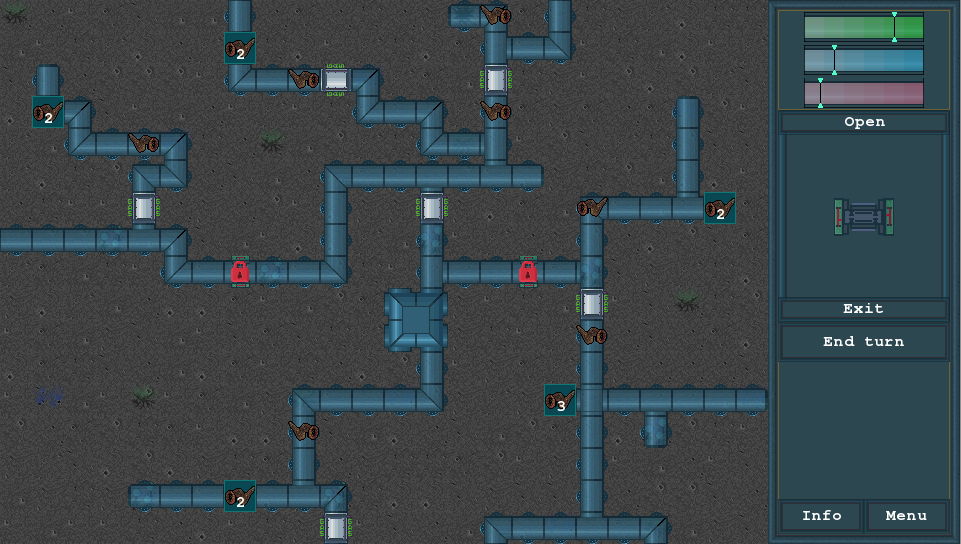 The player can control the ways of the movement of "Worms", building gateways, with which he can block the path of movement, redirecting the "Worms" to other places.

The number and type of "Worms" depend on the number of captured "Wormholes". The more "Wormholes" are already captured, the more worms will appear when a new "Wormhole" is captured.

About pipes, locks and worms.

Immediately after appearing on the surface the worm lay the path to the base. If path is blocked worm go to the nearest gateway/gas chamber. If by the time the worm approaches, the path is still be blocked, then the worm will self-destruct.

Initially the worm will prefer a free path, even if it is much longer, which makes it possible to manage them. 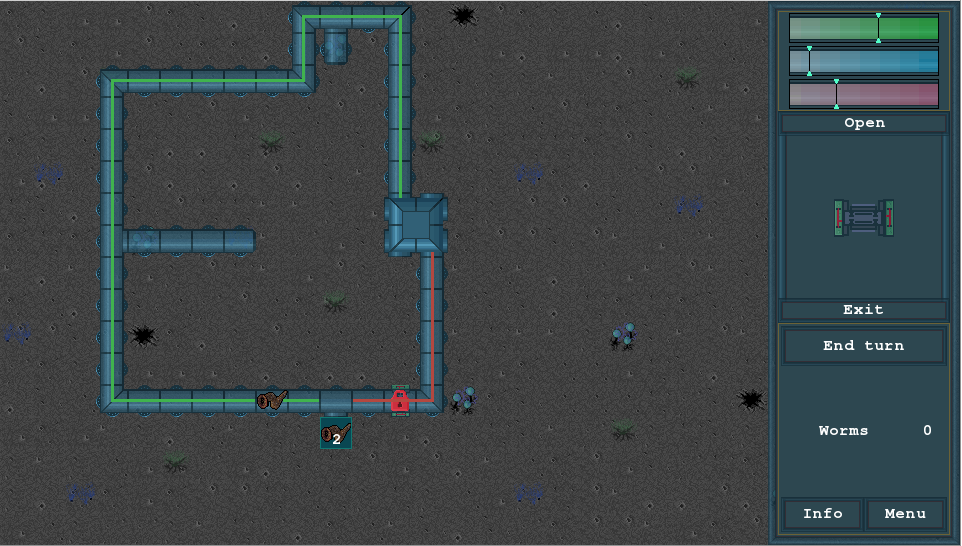 But if the worm stumbles on the same obstacle more than twice, it self-destruct.

So this won't work. 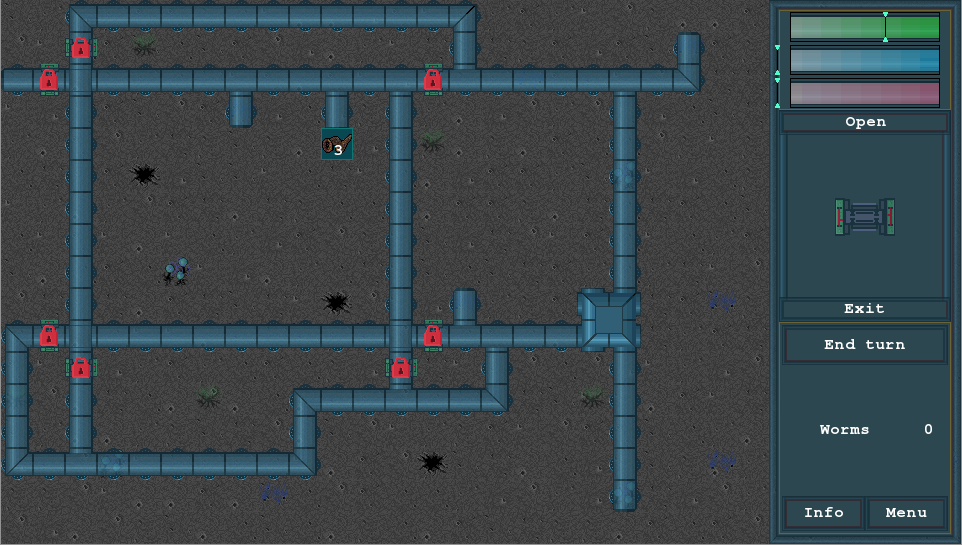 Quite quickly the time will come, when the number of worms will exceed the number of gas chambers. To avoid the destruction of the colony, it is necessary to build such a structure of pipes and gateways that will be able to delay, redirect worms to free gas chambers.

Some bug fixes. Some chage added. And other some ....