Mythic Fantasy is Open Now to Eneryone on PC & Mobile!

The first serve Lost Forest of Mythic Fantasy H5 will be released on Thursday, April 12th, 2018 at 05:00 AM along with the various super value events. 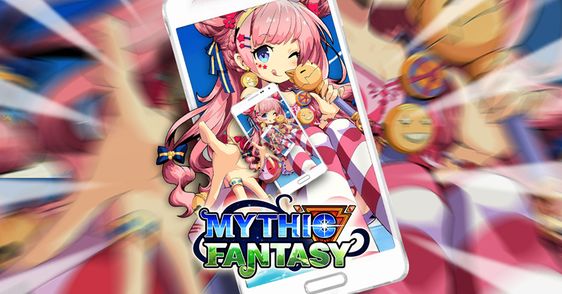 Mythic Fantasy is a new tournament mode that allows players to form teams and compete against others in a more organized environment. Teams are pitted against each other using a tier matchmaking system, so players should try and group together according to their skill level to avoid putting the lower-ranked players against those of much higher tiers.

Higher Attack, HP and Crit, with skills that mostly deals Phy DMG to single target; a front row class suitable for dealing damages or use as tank.

HP and DEF are highest amongst all classes with skills that control or provide BUFF for the team; a front row class that is the best tank.

Higher Magic ATK and RES and balance of other stats. Many of the skills restore HP and provide BUFF for the team; a middle row assist class

Highest Crit of all classes, also higher HP and ATK. Many of the skills are AOE damage and deals damage to back row. A back row class which deals continuous damage.

Attack, Crit and RESIL are higher. Back row class where many of the skills have knocked back effect which can disrupt enemy’s formation. 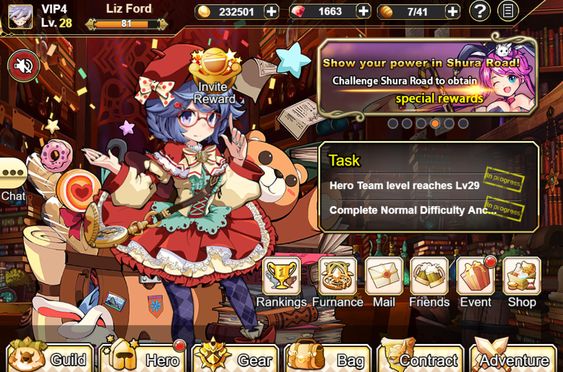 When your BP reaches a certain limit, you can try to manual challenge stages and not use the SP skills first, but keep them for the BOSS. You can also wipe-out previously cleared stages. You should check out what your heroes need to Advance or Rank Up and wipe-out those stages.

Mythic Fantasy uses bread as vitality. It’s been a whirlwind of milestone-breaking and good news for Epic since the beginning of the year, as Fortnite has experienced a meteoric rise in both sales, popularity, and mainstream recognition.

Novice guide can help you!

Players can chose manual operation or auto-fighting (open at LV5) to pass game levels. Auto-fighting is recommended at the initial stage. When encountering advanced game levels, players can manually click the skill button or release the Prophet’s skill at the appropriate time to pass the levels at Mythic Fantasy.