FRED, is a "Free Range Energy Ball" who woke up one day to not know who, what, or where he was Oh, he also happens to be the world’s most neurotic ball! Afraid of absolutely everything, FRED is deathly afraid of three things above all else. FRED suffers from "Aphephobia", the fear of being touched. It will take quite some time for FRED to feel comfortable enough to let you pick him up! FRED, like many of us, is also fearful of great heights. Unlucky for him, most of the world he finds himself in is circling high above the clouds. Only through overcoming his fear of heights will he be able to take on the skies!

Mystery Ball's beta launches this weekend! I am thoroughly pumped to introduce FRED to a bunch of new friends for him to work with. He's been terrified lately, and he could use a good lift. With the addition of the final Doodad, the Phase Shifter, he's been talking in gibberish. I think the idea of shifting into an alternate dimension really has a couple of his screws loose. Can you blame him? The guy can barely roll two feet forward without passing out.

So how's it work? Best to show, not tell, right? Let's first take a look at some screenshots demoing the latest Doodad in one of the Grassy Plains worlds, then we can examine the in-game footage.

Here we are in one of the earlier levels of the game: like in all worlds, FRED's main goal is to find the Exit Pipe to dive deeper into this hole he's stumbled into. FRED's spawn point is marked with the yellow arrow. Of course, collecting Bravery Badges is always good and will help him to learn to overcome his three primary fears, but in this demo, we're just concerned with getting to the exit. 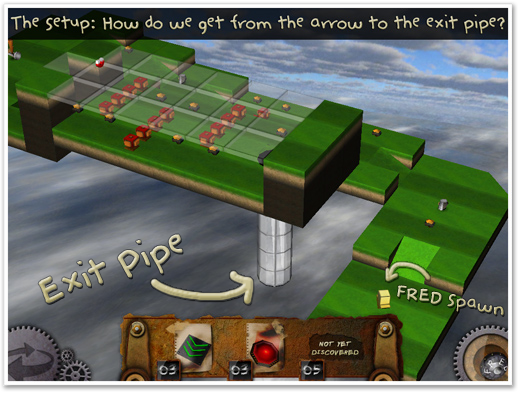 For my solution to this world, I've placed a Spring near FRED's spawn (and converted it to an Ultra Spring for more height), a Pulling Magnet at the top ledge, and two Phase Shifters (Red and Blue). 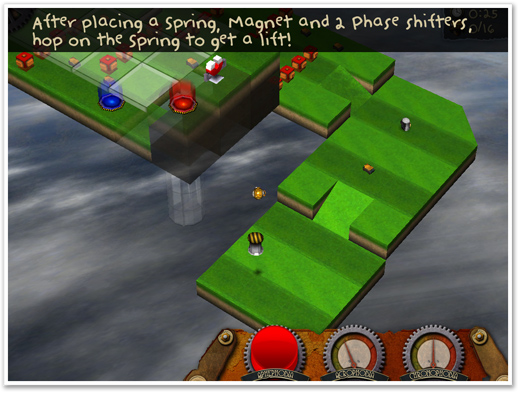 After boosting off the Spring, the Magnet's pulling force takes over and helps him get the rest of the way up. 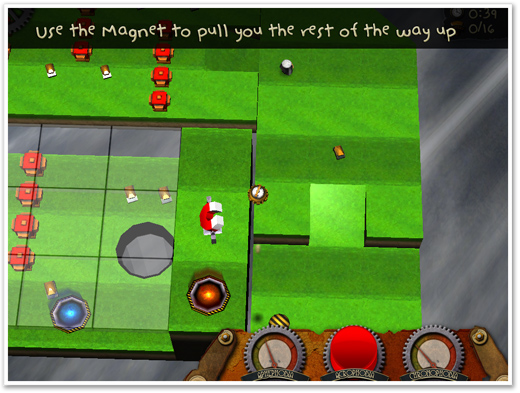 A quick jump into the Red Phase Shifter takes FRED into the alternate dimension, where he can hide from his Frenemies or avoid obstacles. In this case, we're going to use it to shift through the glass ceiling protecting the Exit Pipe from short-cutters like ourselves! 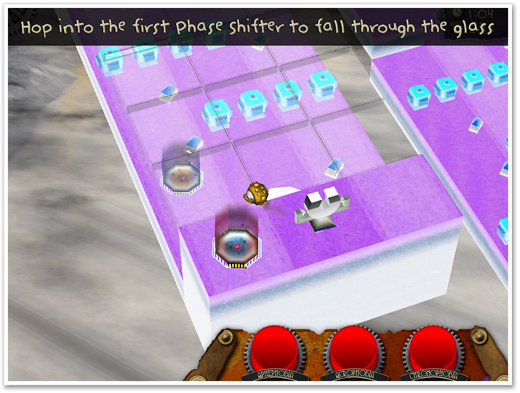 And that's that, hop in the Blue Phase Shifter to get back to our dimension and down the Exit Pipe FRED goes! 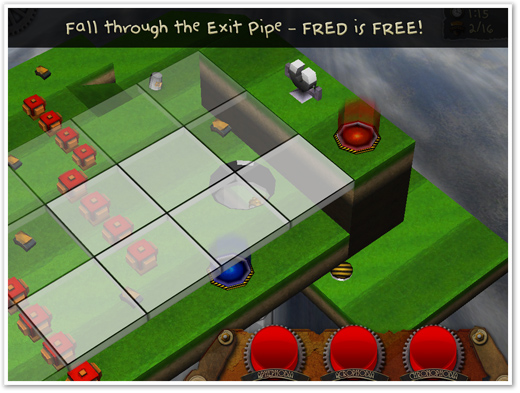 This video shows the Phase Shifter in action, as well as a first look at the Rusty Lab world. Stay tuned - beta launch is imminent! If you're interested in helping test the game, please be sure and contact me soon - I could use one final wave of testers before the launch this Fall.

Mystery Ball's Beta phase is rapidly approaching. I am in search of the best testers out there to help me polish and finalize the game. If you have a...