Freedom Planet is a combat-based platform adventure that pits a spunky dragon girl and her friends against an alien attack force. There's trouble around every turn, from insects to giant robots to sheer explosive destruction, but you'll have a variety of special fighting abilities to blast your way through each stage

As Lilac, you can use Dragon powers to whip enemies with your hair, spin like a cyclone, or fly through the air at high speed like a comet.
As Carol, you can bust through foes with a flurry of punches and kicks or summon motorcycles that let you ride up walls and ceilings.

Here's some of the things you can do in the full version of the game: 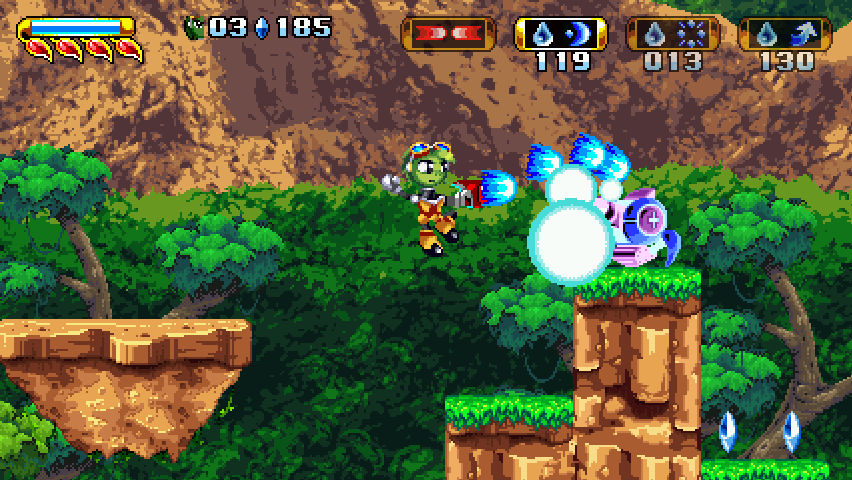 We're almost there! Between our gig with Indie Game Mag next month, our booth at Florida Supercon in July and our impending release, it's going to be...

We've put your Kickstarter dollars to good use, and here's proof! Our gorgeously revamped pixel art is just the tip of the iceberg - We'll also be bringing...

Think you've seen everything the game has to offer? Think again! We've got some hardcore boss battles and beautiful graphics coming in the future thanks...

Setting up the game is easy! Just double-click on the ZIP file to view its contents, then drag the files anywhere on your computer. Launch "FP.exe" to...

Freedom planet is also available in the Wii U.

One of the best games I played in years!

Honest a great alternate for sonic and kindly filled in the time waiting for a new good sonic game to come out again after sonic boom sucked. But still fantastic game all around!

I have been one of the first trackers for this game project ever since it hit ModDb, and i must say, i am proud. You really have progressed with this project alot.

You are doing an amazing job! Keep it up!

Wish I could claim the same. This game is truly amazing. I'll have to settle for my simple review (http://www.poweronpub.com/freedom-planet-review/ if anyone is curious) to do my part in sharing this game with people. The GalaxyTrail team certainly deserves it!

Take notes Sega this is what sonic should be more like

A fantastic game that harks back to the days of sonic on the SEGA Genesis. With its incredibly smooth and solid gameplay, beautiful graphics, awesome soundtrack, and tight controls, this game captures all the nostalgia while adding so much more! Play it.