Voodoo is an indie, non-traditional graphic adventure set in the 50’s. The player takes on the role of a little voodoo doll that goes through different levels inside an abandoned factory.

Handmade illustrations with a unique style

Characters, props, scenarios… Everything is hand-drawn with a high level of detail, making the whole scenario in line with the era in which the adventure unfolds.

The game uses its own language based on small illustrations, animations and sounds. No translations will be necessary (except maybe the usual new game, load game, exit titles). Although we will try to find a way to do this without words.

Unlike most games where you have an inventory full of objects you need to combine to obtain new items, in Voodoo you will have to fuse or join objects together in the scene. Depending on the object equipped the character will have a different behavior.

Gameplay is direct and simple. On one hand we control the movement of the character and on the other hand the cursor. Two more buttons are needed: one to trigger the objects and another one to cancel.

Given the dangerous environment, you can see yourself in situations where, if you act hastily, you will put the character’s life in great danger. Nevertheless you will have a chance if you react quickly. 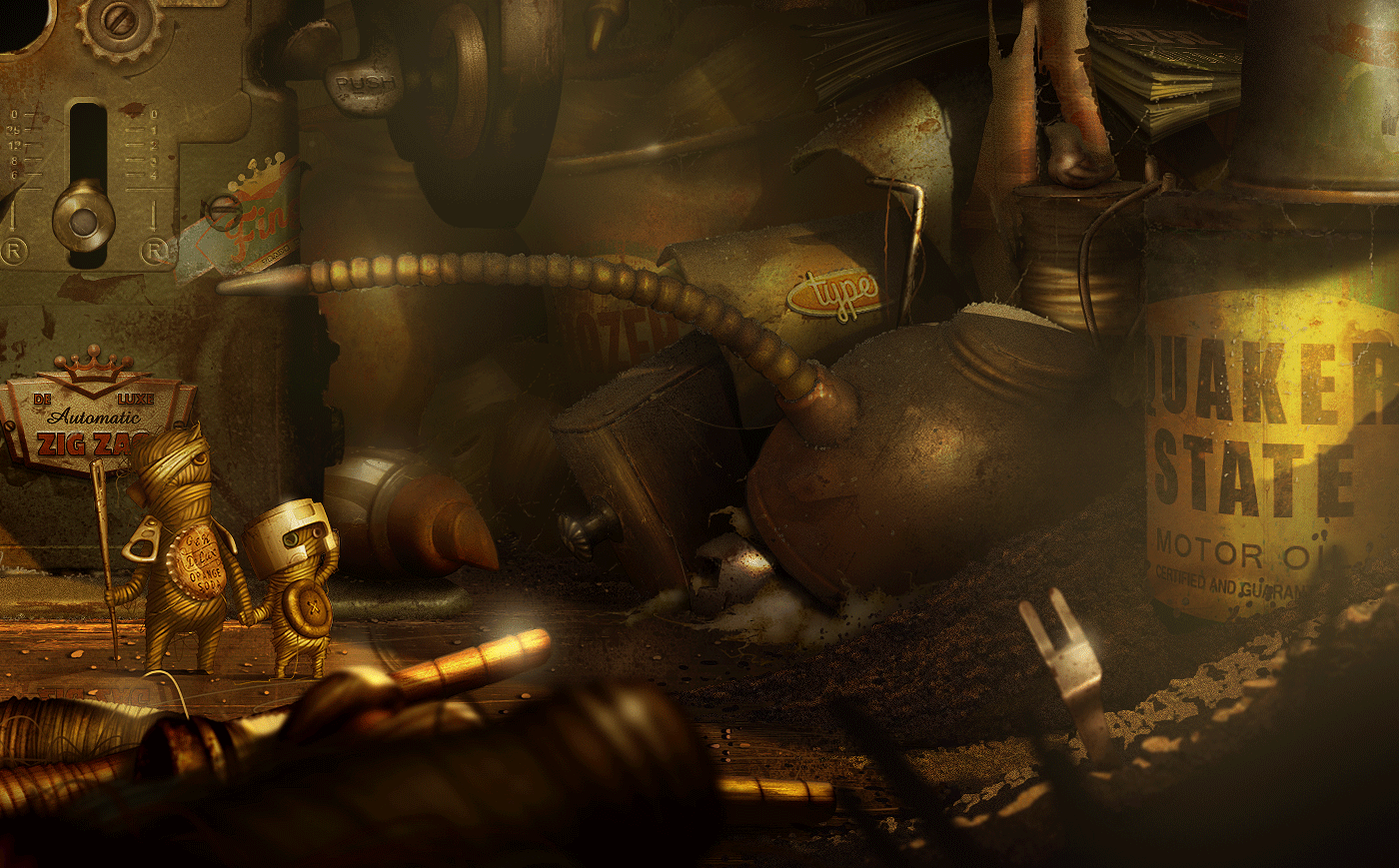 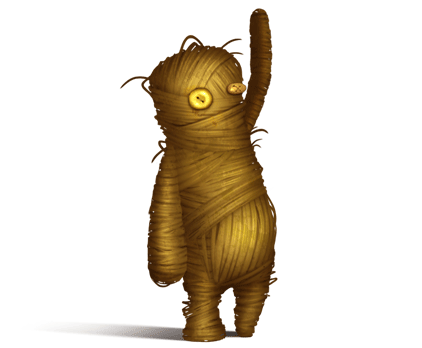 The character we control throughout the adventure. Made entirely of yarn, it’s a bit clumsy and fragile, but curious and resolute. It’s scared of the hostile environment. 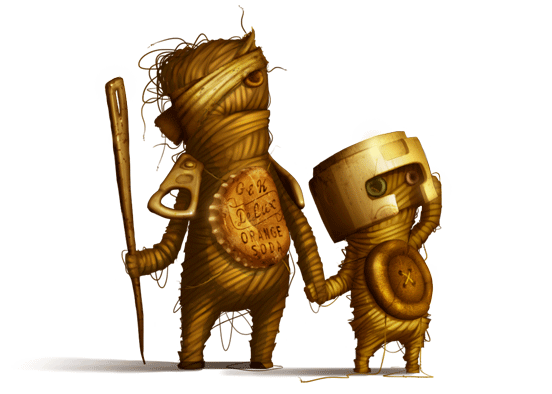 The Big brother protects the small one from the dangers of the factory, not only from the machines but also from Bokor, the evil shaman. Has the ability to modify objects.

The Small brother is the main objective of the shaman because he is a young soul. He can sneak through small nooks and crannies. 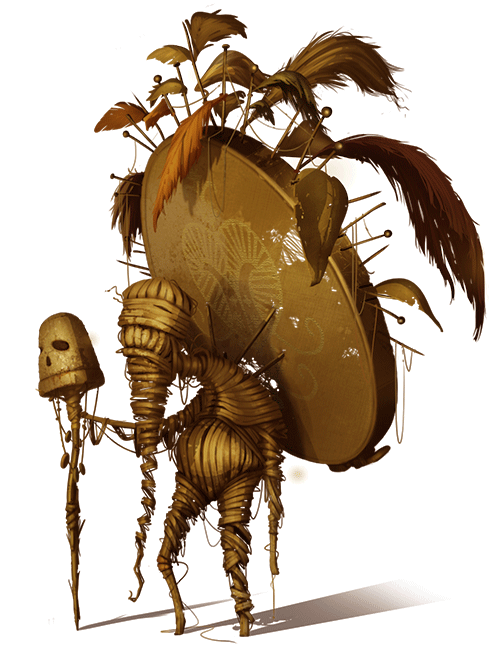 Its name means shaman, sorcerer or priest.
Ancient voodoo doll with some wood parts. He possess other voodoo dolls putting a spellbound needle in their heads. Their minions are our common enemies.
He looks for other dolls to seize their energy and prolong his vitality, this makes him seek the younger brother honoring the most ancient voodoo rituals (formerly shamans sacrificed babies in rituals).

Follow us on our social networks and don't miss anything!

To promote Mr. Thready, a Handcrafted Adventure and grow its popularity (top games), use the embed code provided on your homepage, blog, forums and elsewhere you desire. Or try our widget.

Experience the ancient Swedish phenomena of year walking through a different kind of first person adventure that blurs the line between two and three...

RAIN|FALL is an original, indie 2D adventure game in which every decision you make, in-game or in dialogue has consequences and change the story. Instead...

An action/adventure game taking ques from both film-noir and samurai-drama's of old, "samurai_jazz" takes players on an adventure through an enigmatic...

In this game you need to investigate the mysterious case about crime named “Alchemist”. He defiled a graves and nobody knows the reason. Can you catch...

You're stranded at a cathedral-like train station in the near future, searching for a ticket out of town.