Metal Dead is an old school, comedy/horror point and click adventure game packed with everyone's favorite undead creatures, zombies! This twisted tale centers on two metal-heads in the midst of a zombie invasion. After crashing their car in front of a medical research facility, they become trapped and are forced to use their wits to puzzle their way to freedom. Along the way, they must deal with a cast of characters who range from mildly deranged to completely insane. Features include: - Over 40 interactive rooms - 17 unique, quirky characters - 13 Achievements - Built-in hint system - Fully orchestrated midi soundtrack - Extensive novel-length script packed with comedy goodness Nominated by Adventure Gamers for "Best Writing - Comedy" and "Best Independent Adventure Game" for 2011!

Thanks for voting and helping Metal Dead on it's quest to become the 2022 Indie of the Year. You are now in with a chance to score some free games. Help this game secure more votes by embedding the widget (or link) we have included below on your favorite sites.

In celebration of Halloween, the price of Metal Dead has been slashed, chainsawed, decapitated, and hacked down by 80%! We've also included a 15-page PDF detailing the development, release, and reception of Metal Dead. 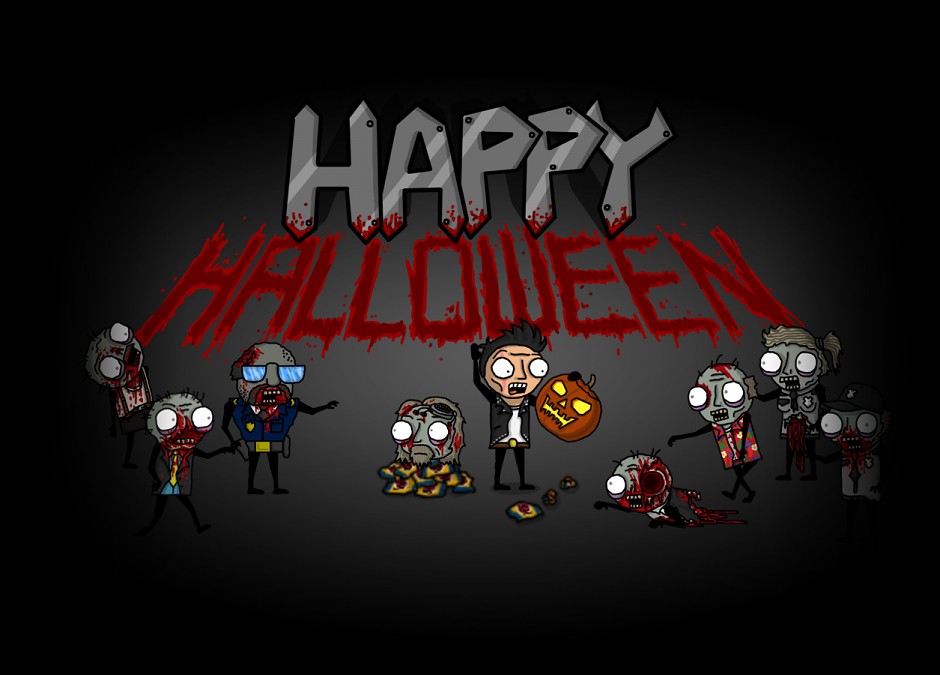 Metal Dead II (or, Metal Dead: Encore)
While we haven't officially announced a sequel, or released any preview material yet, we can assure you we're deep in development on a follow-up to Metal Dead. Ronnie and Malcolm will return for an all-new adventure in the near future.

Here's what some of the press said about Metal Dead:

Alternative Magazine Online
"Walk Thru Walls Studios have launched with an inspired debut effort... Stuffing a zombie head down your pants has never been so much fun!" - 8.5/10

Adventure Gamers
"This first outing by two-man developer Walk Thru Walls floored me pretty much across the board with its humorous, gory, zombie-filled romp." - 4/5

The Reticule
"Admittedly, the zombie genre is getting a little long in the tooth, but Metal Dead approaches the apocalyptic with a fresh style and comic humour throughout." - 4/5 (Head Shot)

The Indie Shelter
"Recommended for adventure lovers as much for those who want to take their first steps into the genre." - 8/10

Gnome's Lair
"Metal Dead is, you see, the closest we've come to the brilliance of Maniac Mansion since, well Maniac Mansion. It's the Shaun of the Dead of adventure gaming."

Here's some links to help sate your undead cravings:

Walk Thru Walls Studios was recently invited to an interview with Marty Mulrooney of AMO.

Demo for Metal Dead now available, along with a review roundup!

Metal Dead is a character driven story. Let's take a look at the ones we'll be spending the most time with!

Walk Thru Walls Studios is proud to present a demo for our debut game, Metal Dead. For those who don't already know, Metal Dead is a comedy/horror point...

Started playing it not knowing what to expect at all. This game is pretty AWESOME! (as Ronnie would say) I decided to put some gameplay up on my channel since I'm enjoying it so much. (link below if anyone is interested.) I finished the game in about 5 hrs, fun and short

What a great game! I'm doing a LP on Gameanyone.com and having so much fun playing and recording.

Awesome job man! We sat and watched every minute of it. Thanks so much!

Oh no :( i just missed the promo on this awesome game

Will the new version 1.12 also be available via desura autoupdate?

Also will the first Metal Dead Game be on Steam when the second one will be greenlight?

how long is the 50% special going to be on? ty in advance

Until the 3rd of August!

Awesome game. Thank you guys for making this great adventure. Point&click is not dead ! And I'm fine with undead point&click ;).

Very good game I liked to play it.

I really enjoyed this game. It had a great story. The plot was funny and it was very original. When you use a theme like zombie apocalypse, there are a lot of things that are overused, but this game added some new and original twists. The gameplay was a solid point and click, and I only found one instance where I got stuck and had to get help. Things worked in a logical manner and it seemed like all the text for each item was unque to each item. I look forward to more games like this! \m/(>_<)\m/