You can play the demo on Steam and buy Maritime Calling on our steam page.

There are a lot of changes starting from patch 0.7 (we haven't posted the updates of 0.8)

The world is now split into several locations between which you can travel. 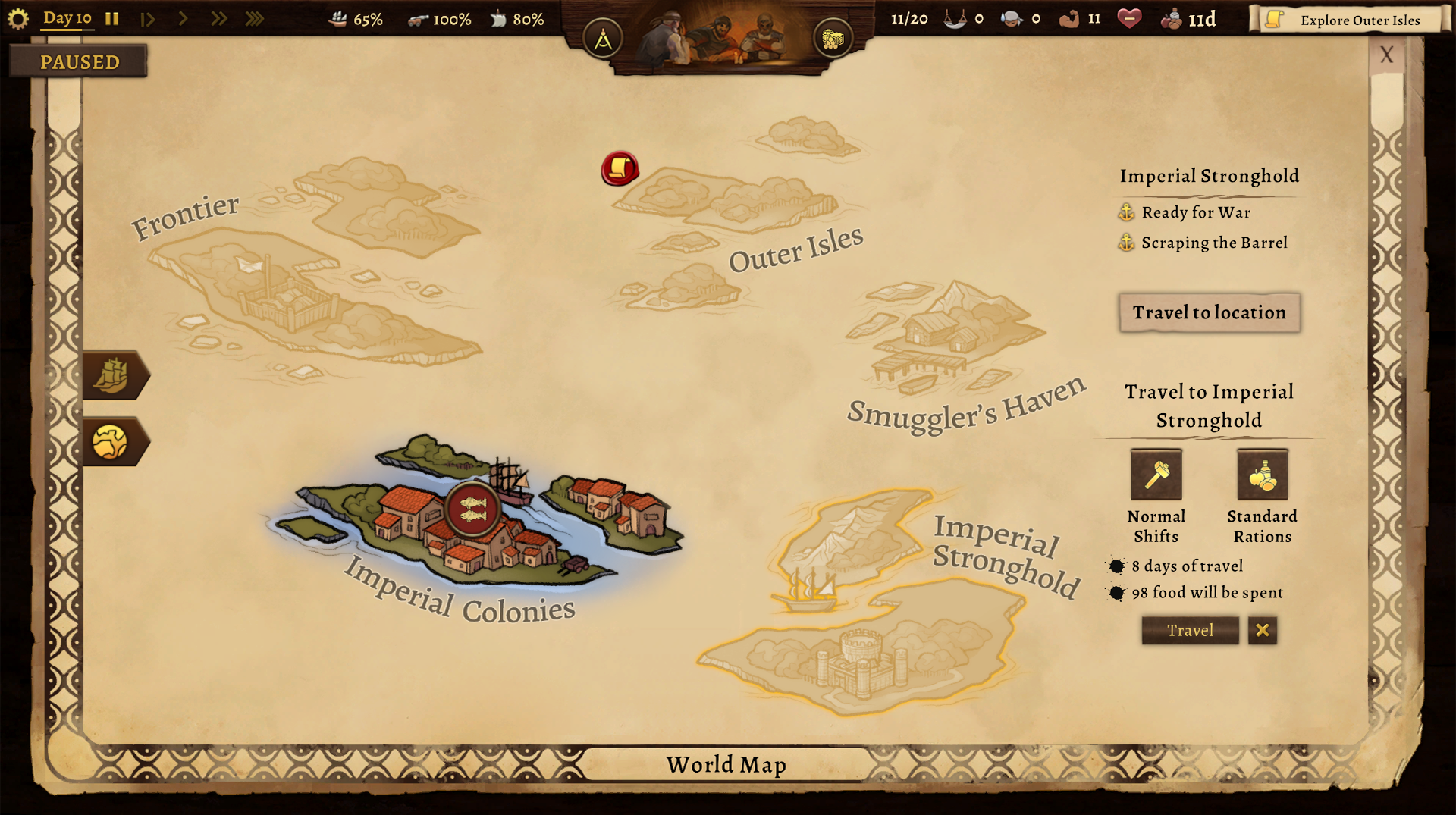 Location is essentially a packed archipelago, each with its own theme, filled with many encounters, ships and points of interest. 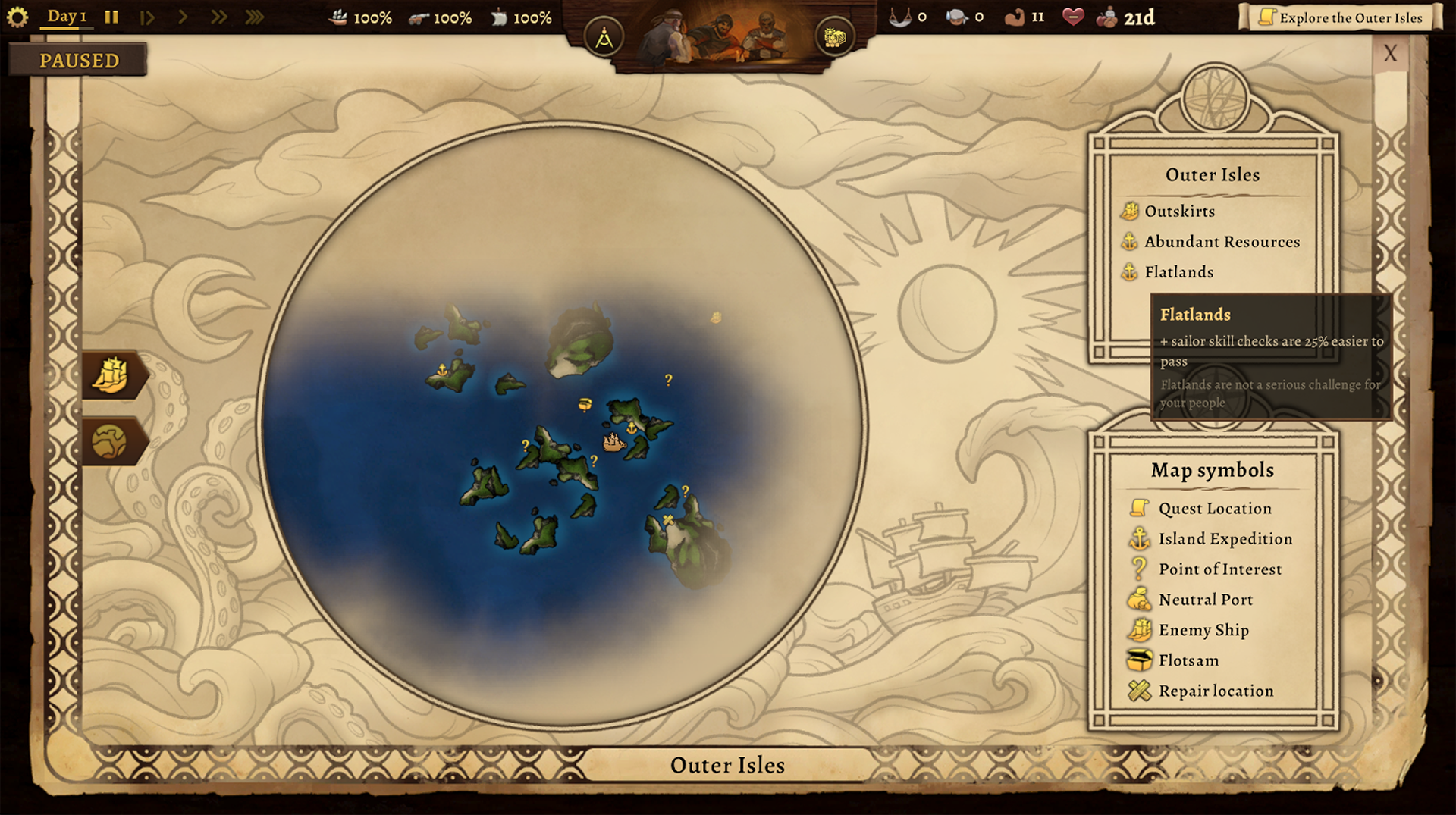 As you travel between locations or interact with points of interest you may encounter various events. Ranging from minor issues like rats or disease to a week-long calm, where you struggle to make sure the crew won't go mad, kill each other and overthrow you from Captain position. 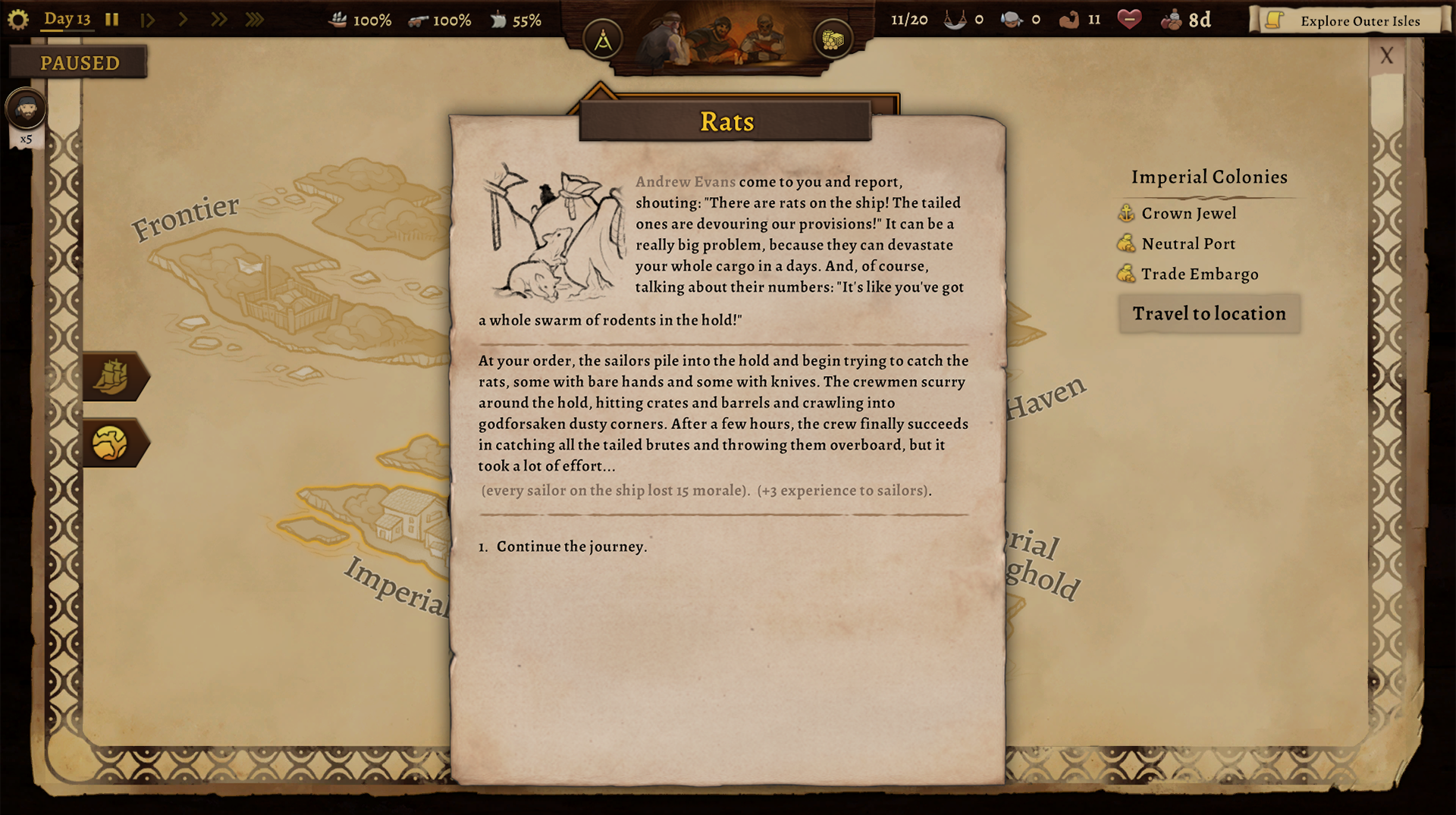 Following the feedback that we have received in patches 0.6 and 0.7 we came up with a new approach for the food system in Maritime Calling. Every food type is now equal in its effect and the crew eats automatically, allowing you to have a clearer picture of how many days of food you have left. 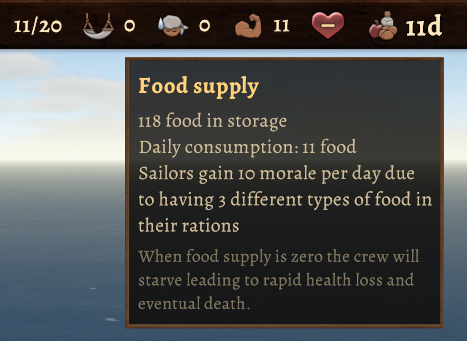 You can customize the rations in magnitude ranging from half to double rations, which bears its effect on crew health and morale.

In patch 0.7 we tested a new system for island expeditions, which proved to be a winner out of all other prototypes we had. In this update we have built and expanded upon that system introducing 12 new encounters as well as balancing and improving old ones. 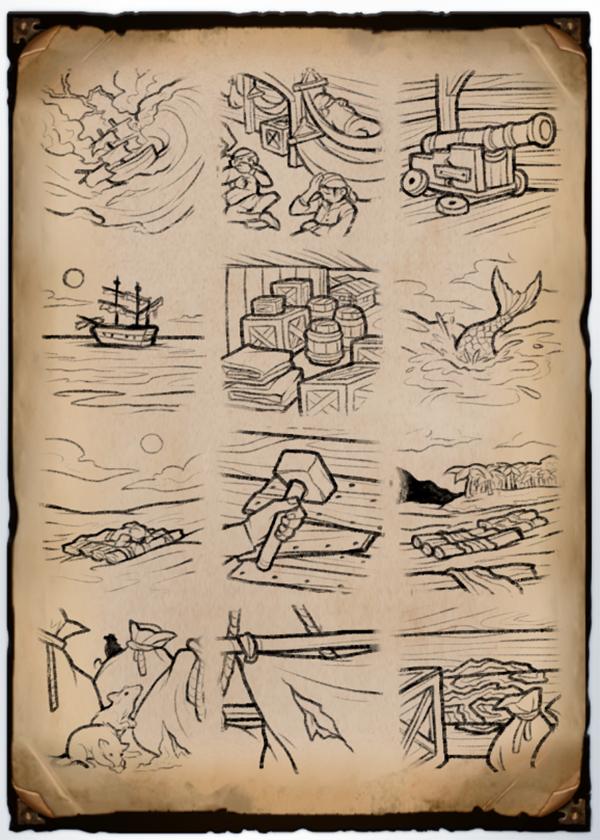 The flow of island expeditions is now much smoother. We have added tooltips for keywords and resources, which helps with making better decisions during encounters. 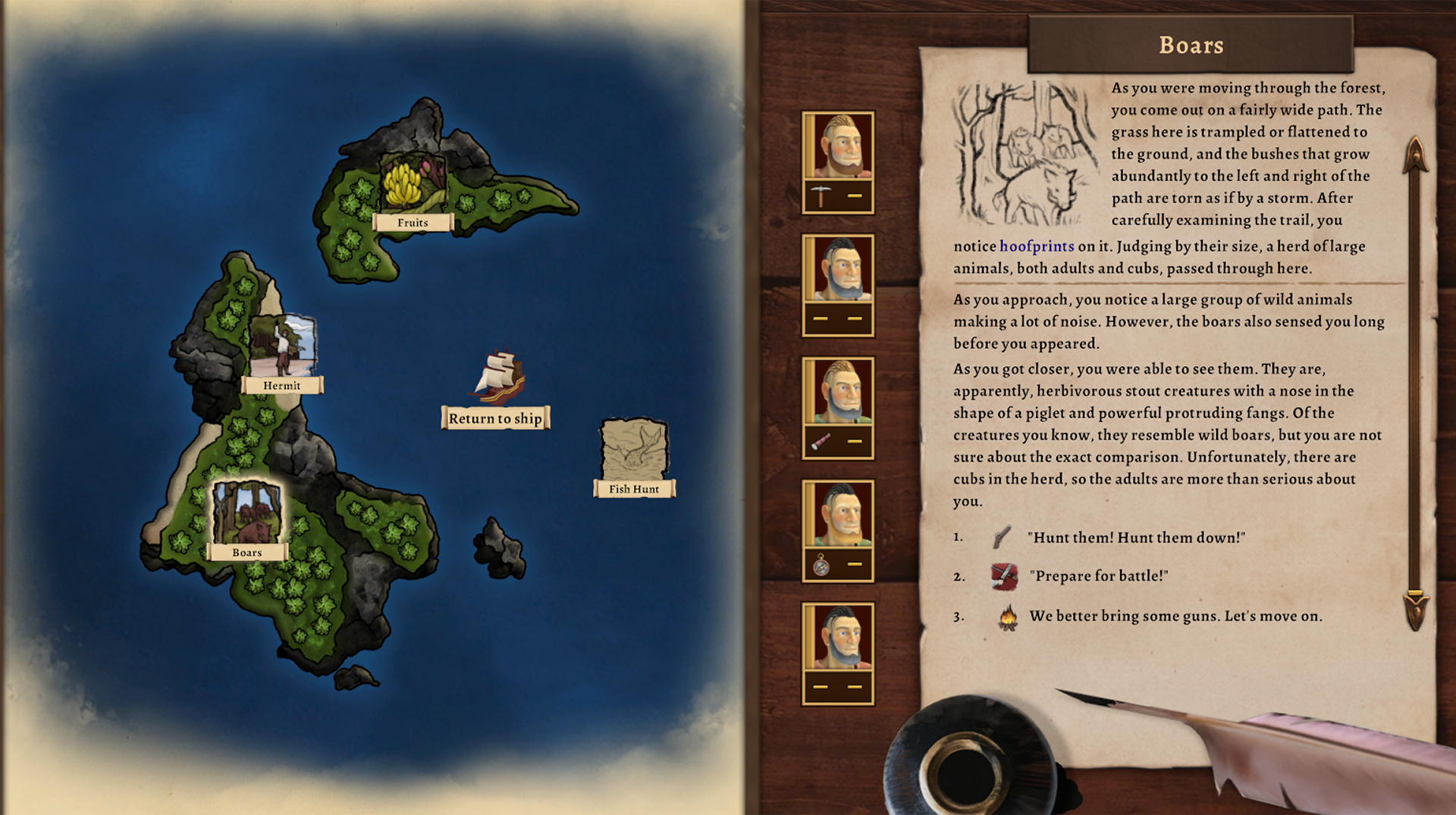 Your support brings us a lot of energy boosting the development, so please leave a like, comment and If you have any questions - we are always active in our Steam community and Discord.

That's it for today!

Greetings seafarers, today we are happy to announce upcoming patch 0.7! Our original plan for 0.7 was to just make a small graphics update, but the further...

Do you want to be a Captain's son? Sail your glorious ship into the Sunset?

We hope your sea legs are ready, because the seafaring roguelite role-playing game Maritime Calling is now available for PC via Steam Early Access!

We are going to start Early Access on 28th of September at 12.00 EST. So, we prepared for you a lot of game updates (some will be published in article...

Take part in the closed Beta testing of Maritime Calling

We happy to announce that we have moved on the next stage of Maritime Calling development as we have finished a Beta version of the game. Beta testing...

I discovered this last month, very good, reminds me Age of Pirates 2 in concepts and gameplay, I hope it will stand the confrount with it...one of the strikinkly missed things in AoP2 were the lack of crew in first-person sailing mode and the limited room aboard, as well as the inexistent ship's interiors...at least the crew is there :) also a more realistic barer navigational interface would be better, unless you conceived more as an arcade...

Personally I think this is an excellent idea and concept. A roguelike RPG in a more plausible setting could really take off if executed well. Apart from the usual development issues, I would think some engaging writing is a must

YES!!! Finaly a good sailing game. I love being hable to see the cargo hold .Tracking to the seven seas !!!