Magic Meisters is a Single Player / Co-oP adventure RPG experience where players can customize their own unique Mage, learn new spells, take quests, craft and do whatever they would like through a massive free-roaming RPG experience ! Please note that we will be releasing the game in segments, Pre-Ordering will allow you to test and give your opinions about every step of the game process! Current Version : Alpha 0.4 Release Date : TBA / Q3 2014 If you have any questions before purchasing at all feel free to PM us at anytime or send us an email directly at admin(at)quickfixinc(dot)net ! Don't forget to like us on facebook to show your support !

Hello Everyone and of course as always welcome to a new Magic Meisters update! I'm going to start putting the news in section so you can easily maneuver between points for our progress and upcoming news!

Be sure to also sign up to our TUMBLR : www.magicmeisters.tumblr.com

We will be posting news every week on the Wednesday ( if authorization permits ) so next update will be coming on June 11th, 2014 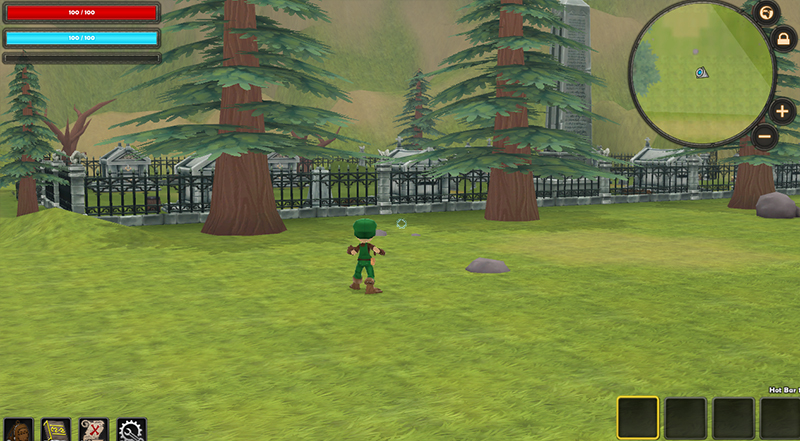 Demo 0.0.5 takes away multiplayer ( for now ) and introduces a lot of bug and camera fixes. Now the length you can zoom in and out in is doubled, moving around in spellcasting or orbit mode is a lot smoother, the crosshair lines up approriately and enemies are much, much easier to target and hit. Also a lot of random bugfixes but a lot more underway!

v.0.0.5 is a test of the : Camera smooth movement, zoom in and zoom out, enemy ease to hit. We are aware of two bugs in Conversation Spell assignment and that will be adjusted with our new Spell Arc and cameras. 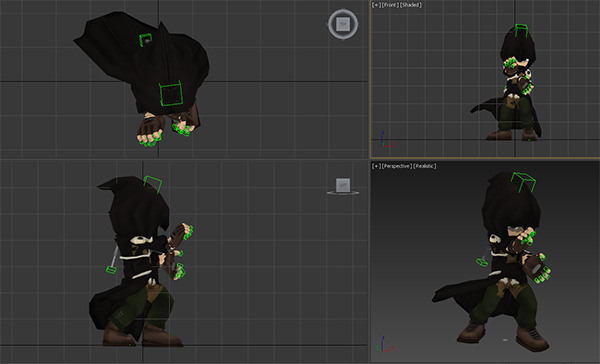 The 'Main' GUI that you see while playing in the game is underworks.
Stamina Bar + HP/MP/Stamina GUI replacement
Blocking / Dodging Stamina Absorbtion
Physical Animations + Physical Combat is in the works as well so you don't have to use mana all the time!
Long range enemy attacks ( swap attack style depending on where you are ) 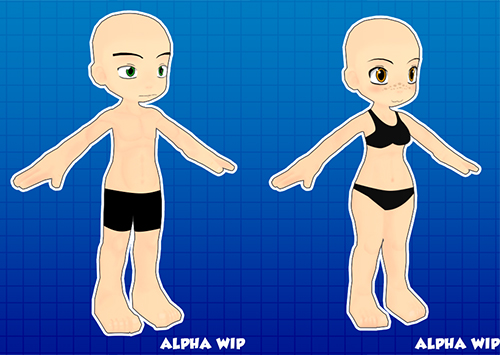 In progress are two new player model types for Male and Female models, making them look unique from both closer and afar with new texture sets, eyes, adjusted clothing and animated mouths! We are also exploring adding more detail with an optional cel shade shader.

Thank you all for being patient with us, and remember that when you PRE-ORDER Magic Meisters you are receiving early tests of the game as we build up our systems, so it won't be perfect for a long while, but we promise a nice and refined product at the end where you can adventure and battle with your buddies, and every pre-order helps us develop the game and will definitely award you with goodies when the game is complete!

We are devoted to making a successful game for you all!

The 4 important things to do this update and more to come in the short future!

Spell Icons, Casting, Loot and Maps making our next update..also a sneak peek ?

Magic Meisters v0.5 - Questing and You!

Desura updates will now be posted here as well for you IndieDB watchers!

The release of our second alpha test with a slew of changes you'll be sure to enjoy!

where can i buy the key for ps vita?

i saw PSN icon there, does this mean it will come out on PSV/PS3/PS4?

Yes. We are official PSVita developers ( 100% ) and PS3/4 development is to follow afterwards! If you back our kickstarter you can receive a key to get your copy on the PC and Vita!

What is the release date?
To know the year would be ok :D

We are hoping for Q4 of this year *Hopefully December 2014*

If i were to purchase (pre-order) today, what exactly would I receive? To be more specific, what playable build is offered, if any?

Still curious. I want to know what the $20 buy into alpha would be getting me.

Apologies for not getting back to your sooner, I though I replied to your post earlier. With the preoder we'll be opening up our forums early and giving each backer an early adopter title, you'll get access to the games and special polls which will reflect changes made into the game. Also the $20 is a low discount rate upon release we'll be looking at a $30 price range.

Playable build is offered with a quest for testing, conversation, minor enemies, a spell, item test, multiplayer, multiplayer chat and soon we hope to have more!