Kingdom Commander is based on a game which could have been one of the biggest turn based strategy game ever made: "Moonbase commander".﻿ With new gameplay features, 3D graphics, cross platform play, and much more Kingdom Commander is poised to be thee spiritual successor. 3 developers including myself (known as Old Owl Games) have worked on Kingdom Commander for close to a year. We're comprised of X-Ironlore and X-Harmonix veteran developers with a large list of games under our belts including Titan Quest, Rockband 2, Rockband: Beatles, Dawn of War: Soulstorm, and Reckoning: Kingdoms of Amalur. We've also worked on indie projects including Natural Selection 2, Overgrowth, and Grim Dawn.

New Build of Kingdom Commander is up online!

New Build of Kingdom Commander is up online! 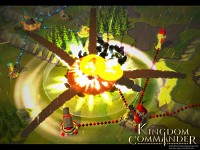 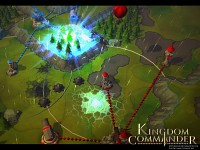 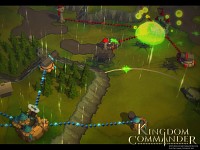 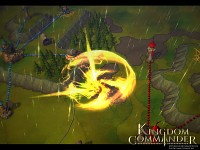 So what's in this build!?

We have a large set of updates for the latest build of Kingdom Commander.The focus of this build was to pump up the visuals. All the FX have had an overhaul with new explosions, animations, ground decals, new sounds, and a new music track. Another large feature was weather. The player can now pick and choose the type of weather (rain, snow, etc) they want in the game and the amount. The UI is still in progress but we're reworking menus and layout. Finally, with game play we've added the much requested timers to the turn base mechanic, as well as player requested tweaks.In the coming days, we'll be posting our road map for the development of Kingdom Commander. As we'll be diving into AI and exciting new features.

Thanks again for your support!
Old Owl Team

Kingdom Commander is having it's first Pre-Alpha Play Day on August 12th 2012.

holy hell, can't believe this happened!
I waited so long for a successor of MBC and now my dream came through!!
I place my hopes very high on this one guys! Don't let me down ;)
Interesting theme btw. Medieval fantasy is a nice idea. Good luck!

This game is (will be) a blast!!
Moonbase Commander was easily the best turn based game I ever played and the devs of kingdom commanders are big fans of it so I have no doubt this will be a success!
You guys should not be scared to try it out. It might be a bit confusing to start with but the game is really easy. Easy to play, hard to master.
I totally love it!