This is Jack - a guy that met Satan and tricked him into promising to never take his soul He wasn't good enough for paradise either, so when he died he ended up in purgatory Death has now brought him back to life to deal with Satan's Halloween Shenanigans, in exchange for a solution to his Eternal Torment

First I increased the number of enemies around the map and put in some additional stuff trying to fill in the map, you can see the enemies in circles below. I had to implement a couple of lines of optimizations to avoid doing any calculations for this amount of enemies while out of sight, but it was easy. 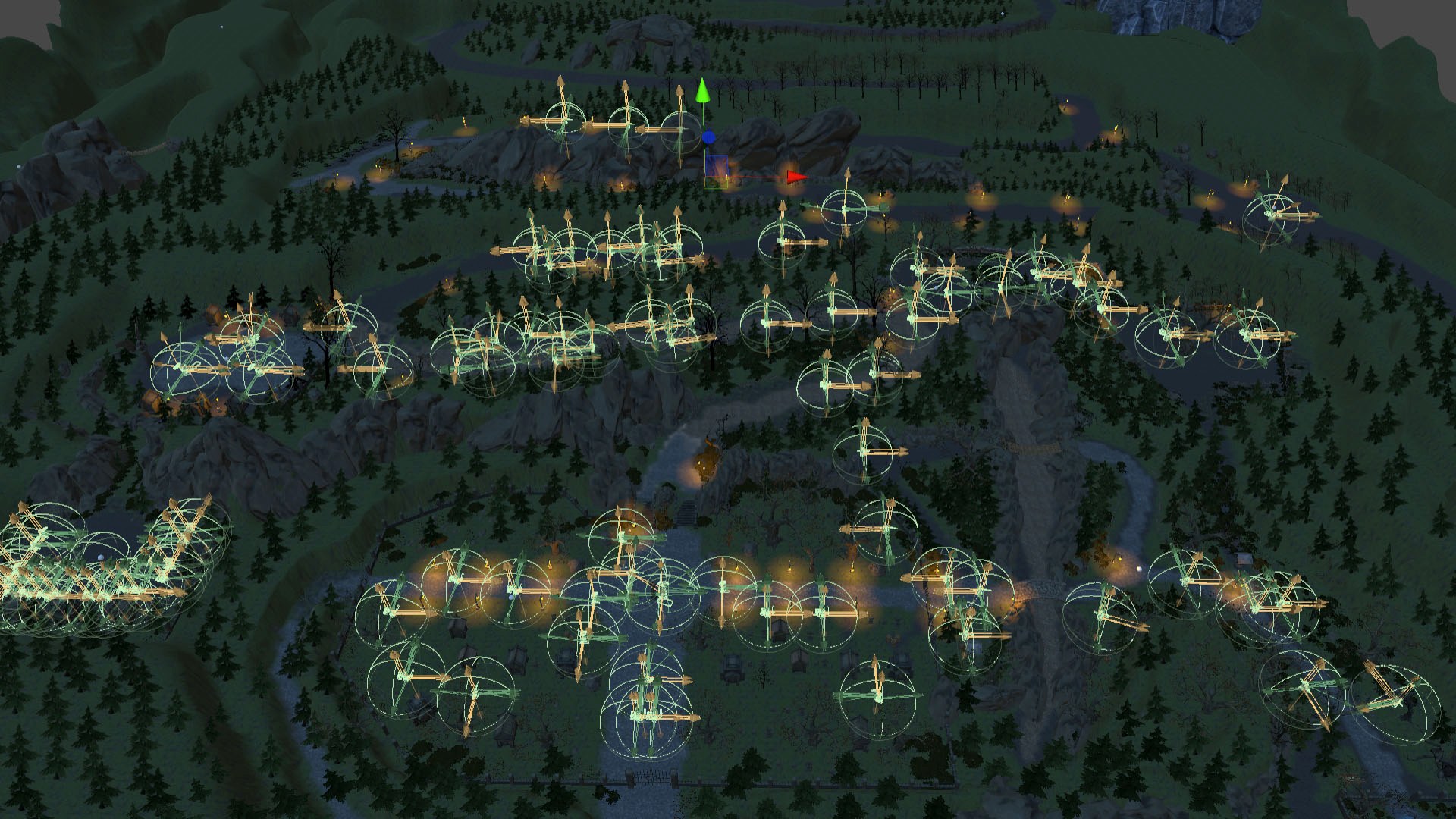 So now about half the level has a medium to high distribution of enemies.
I also added a tower to the level, which will be your destination. Just an asset from the asset store for now. Added some fires and voila: 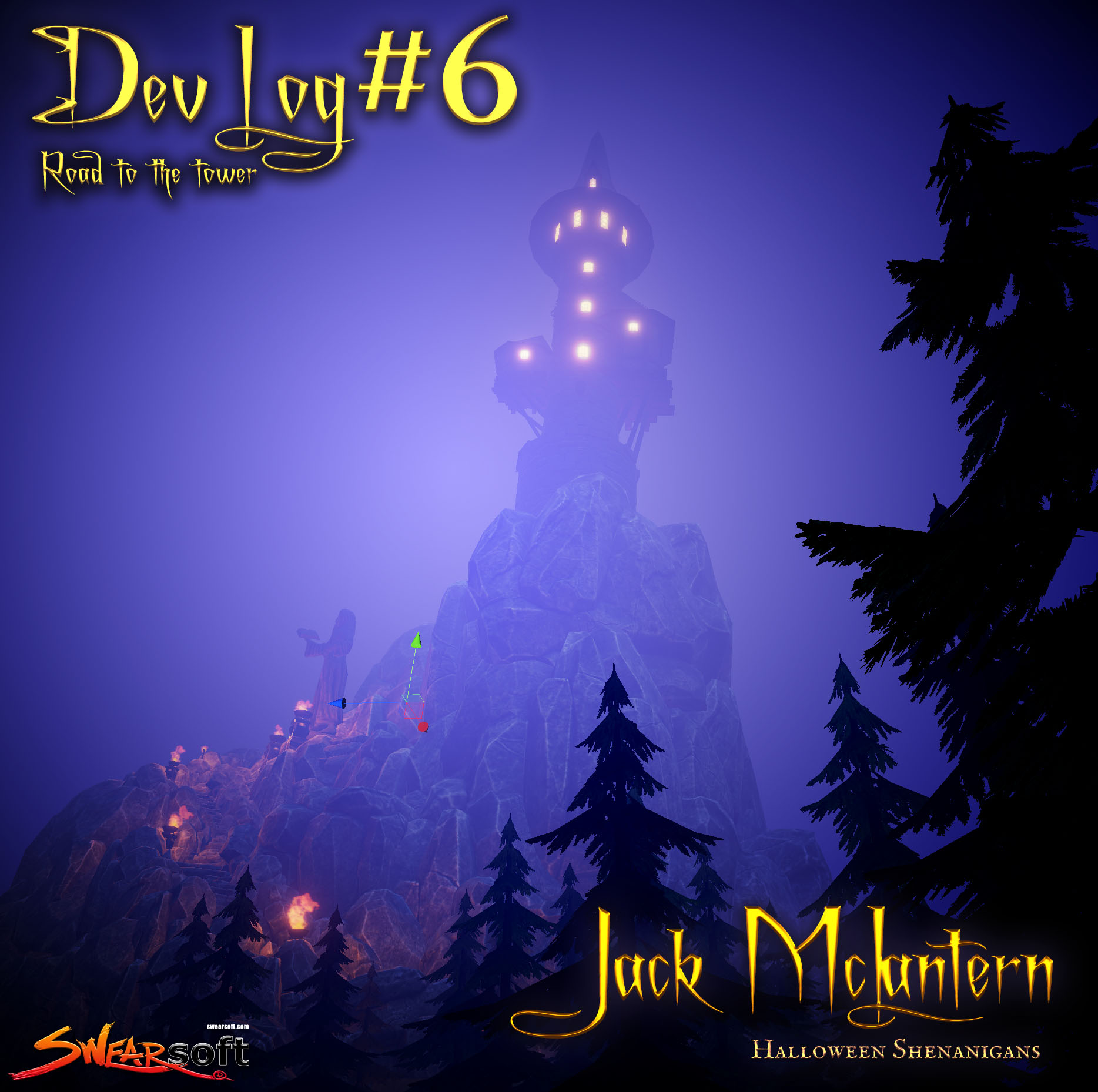 Then I wanted to add some settings so that people could have at least a bit of control on performance in-game, before I roll out a complete set of controls. Someone mentioned motion blur was too much and I saw someone play with a low frame-rate and it was really bad.
So I added motion blur, bloom and ambient occlusion controls, since those are the heaviest effects. 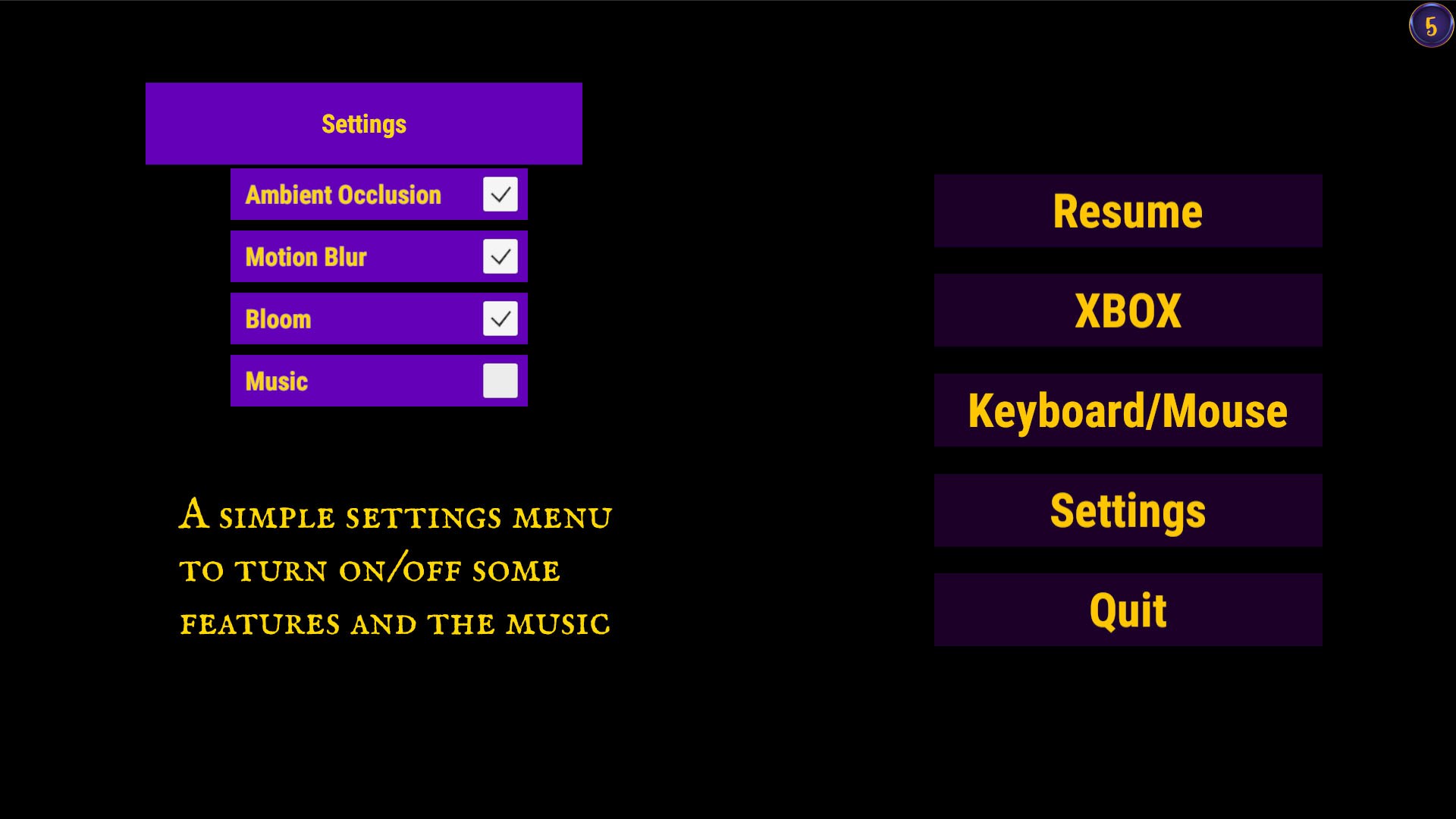 Finally I created a live cursor, which recognizes enemies and tracks them if you can hit them, at the moment it is just a green particle effect, but the plan is to make her into a fully fledged character. Joan the Pixie will follow Jack around and give him hints, target enemies and have a voice, so that the game isn't as silent and lonely as it is now. 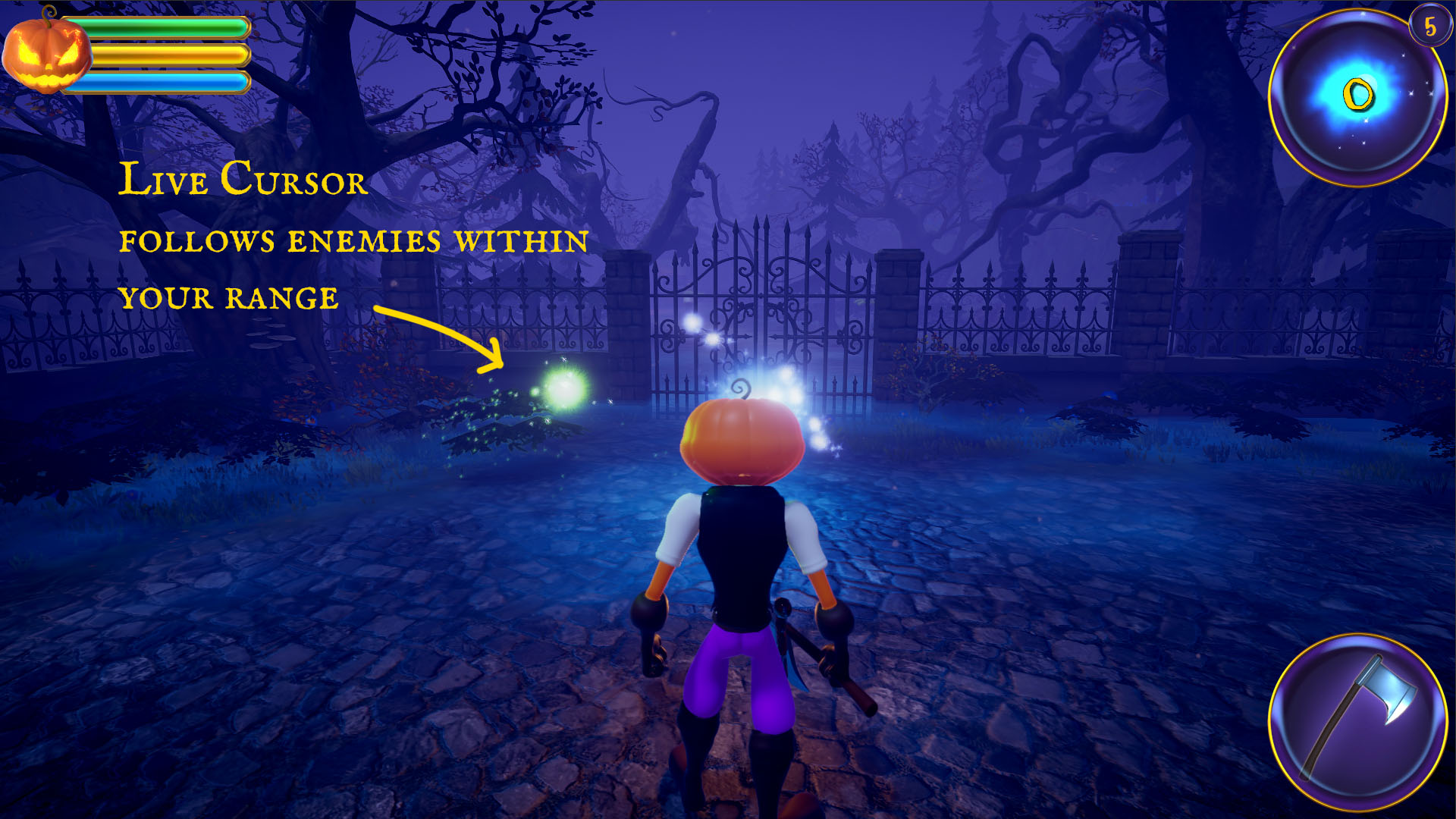 Next on the agenda?

but first the map. You can download and play it now

More feedback came in from a few sources and repeat reviewers (fans!). One was a video and showed me something I would never do, others were descriptions...

Jack McLantern - How it all started

So this is Jack McLantern – my take on the Jack o’ lantern myth – what happened after the guy who convinced Satan not to take his soul… well it’s...

Jack I don't feel so good

So my enemies were lacking some reactions to getting hit by weapons among other things that would make things more juicy, I decided to use the morning...

Changed Jack's pants and some other slight adjustments to his model

Just a small update: - zombies and skeletons now throw some gravel when they come up from the ground - enemies get alerted to shots fired and axes thrown...

New build with a bunch of adjustments to the enemies to make sure they never lose their way. Let's see if it works.

There will be bosses, yes.

Will there be alternate costumes and stages?

Will enemies be taken from Irish mythology?

Yes, but the majority will be more familiar classic game monsters.

I love the idea of this game and its look. I think however that some of animations and sounds could use some work, though, especially in terms of the fireball and when the axe hits a target. I think what would be cool to see is something like a stylized aftereffect when the fireballs makes an impact, like it creates a skull/jackolantern face after it explodes or something. From a control scheme pov, I'm a little confused as to why jump isn't the A button and slide isn't the right bumper, as it would be simpler imo. One thing I am a little concerned about is enemy, stage and combat variety; granted, this is in its very early stages, and it looks very promising, but I'm somewhat concerned that there won't be variety as far as enemy types, attack patterns and that the combo would just be mindless hacking. I'm definitely keeping an eye on this. I wish you the best of luck.

I haven't uploaded the latest stuff on indiedb, check out the youtube channel for example: Youtube.com

Crash Bandicoot 4: It's About Time Platformer