Infinite Pixels is a voxel space exploration and survival game, where the player´s main goal is to expand his territory to other planets and survive. We want to make a game where you have total freedom over the way you explore and survive in this huge map. With tons of different planets and environments the possibilities extend beyond our imagination. We also want to mix exploration game play with survival mechanics that is why on infinite pixels you have multiple body needs which include nutrition, hydration, health and soon oxygen levels.

Its all about who you want to be, a explorer ready to find new planets and space anomalies, a business man nuts about selling material to other planets, a scientist ready to discover the next big thing on this huge galaxy. With infinite pixels you can be all this. Build spaceships, expand your base, explore solar systems, gather material from asteroids and planets, the universe is your playground. 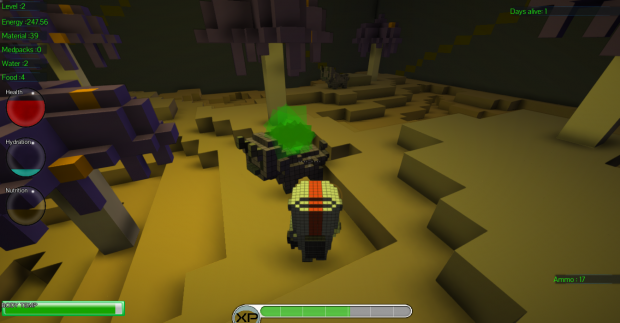 0.5.0 is here!
This is the biggest update Infinite Pixels has received, take a look at the changelog and the video. A new map has been introduced, changed character control system from first to third person and much much much more. 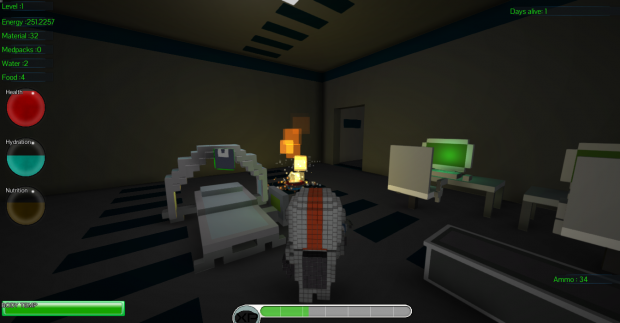 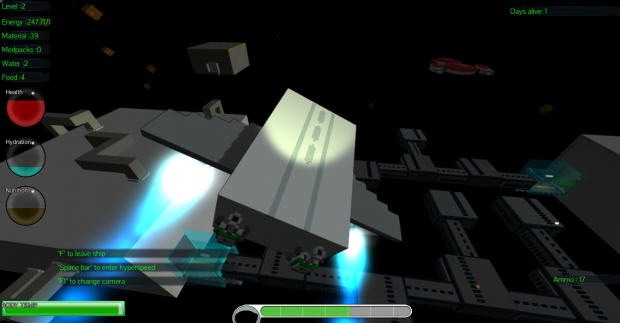 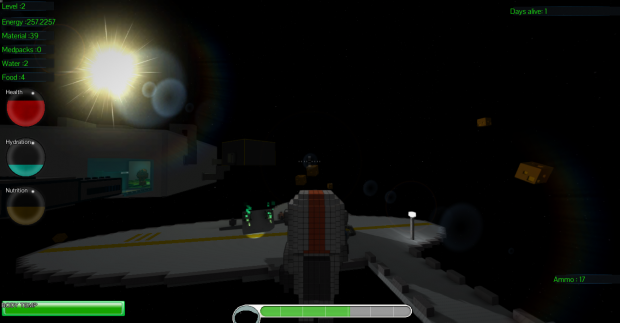 The demo of Infinite Pixels has also been updated so you can try before you buy!

the wait is finally over, after 2 weeks of delays and problems we have managed to get a new update into Desura, 0.4.3 is out, and by that I mean you can...

we are already working on it, as a matter of fact we have some footage of the upcoming alpha 0.4.2 update, 20% sale on Desura.

0.4.1 is done and uploaded, a new leveling system/skillpoints, improved particles/fx, new fighting mechanics and much much much more!.

Alpha 0.4.0 has been uploaded and should be up and running in your desura client in no time, also the official changelog and launch video for the biggest...

Look to Galaxy55. It was a famous game until it was shutdown. It was very similar to this game. Don't give up! Look at Galaxy55 video's on YouTube and make it more a sandbox and survival game. This game can SUCCEED!

Is the game dead? Because the official website is dead : Infinite-pixels.net

hope i cleared everything up for you that was taken from their desura page.

By now you should know that Infinite Pixels has been cancelled. I did failed the players that bought the game. But I learned a lot from my mistakes, I believe failure is required in order to evolve as a game developer. Infinite Pixels was my first game development project, it was never profitable, but it was a great learning expereince. In total about 250 people bought the game, and it hurts to know that I failed all of them. I remember a quote that said something like " Sometimes when you lose a battle you find a new way to win a war"

On the other hand, I have been working on a new project called "Eternal Winter" has already generated enough money to buy all the required equipment to make the development process way smoother and faster. And I can assure you one thing, If this game (Eternal Winter) does fails I am done, my dream of creating a development career is done. That is why there is no more room for failure, that is why failure is not an option.

Try to add some music too if you can.

I second this. Music would make this so much better.

Can someone plz tell me how to get more medpacks?! I can't get ant medpack accept for the one that u start with :\ HELP

look for chests scattered all over the station

I can find in the chests only water and food but anyway thx, I really like the new update even that the map is tiny :)

The game is still very early in development but it already shows huge ammounts of potential, from the complexity of surviving with multiple body needs to the enjoyment of a long exploration journey across "space". With the proper gameplay implementations (more random stuff) this can become a really good game. Also its the first blocky game I play which I can safely say is not a minecraft clone.