Indie Dev Story - Quit your job to become an indie developer and make your first game. A singleplayer 'clicker' game which tries to mimic the frantic feeling of being an indie developer; make your game while trying to stay healthy, social and earning enough money to pay the bills. - How will your game do when it releases? 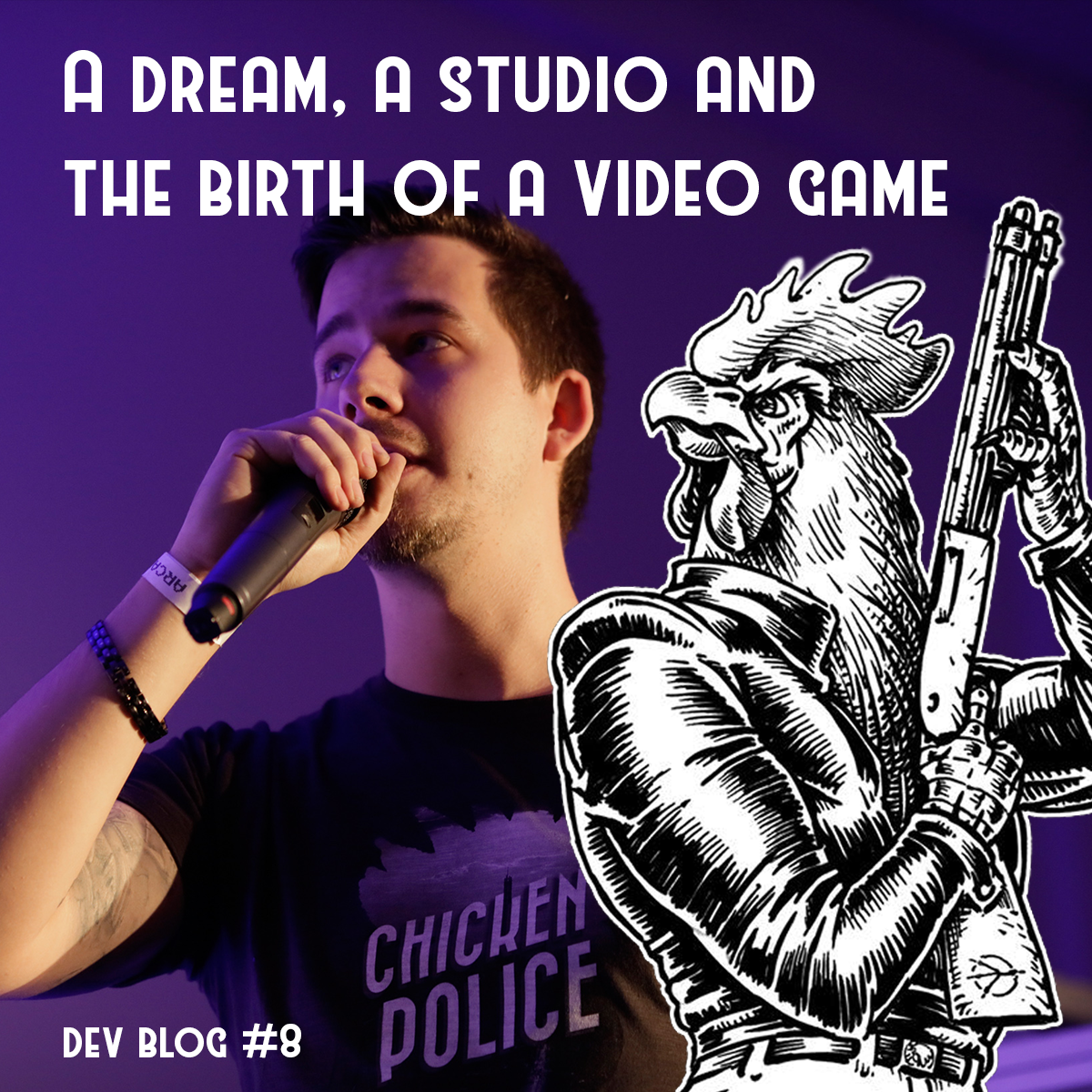 Or how a YouTube video became an idea, how that idea became a dream, and I (Bánk – writer/designer) became a game developer in the end (what is also the beginning, of course)...

There's a video on YouTube titled "Chicken Police", where two chickens beat a rabbit. (Check it out!) It's an authentic country video of someone's yard, where it seems chickens are the absolute rulers.

When I first thought about creating Chicken Police, it was meant to be a short, 5-10-minute animation. A snappy, simple, funny but also raw satire only showing traces of film noir characteristics. It was meant to be black and white, with an insufferable alcoholic as the hero, but that was all. It was more of an animal parody of the 80’s and 90’s buddy cop movies, rather than a hard-boiled detective story. 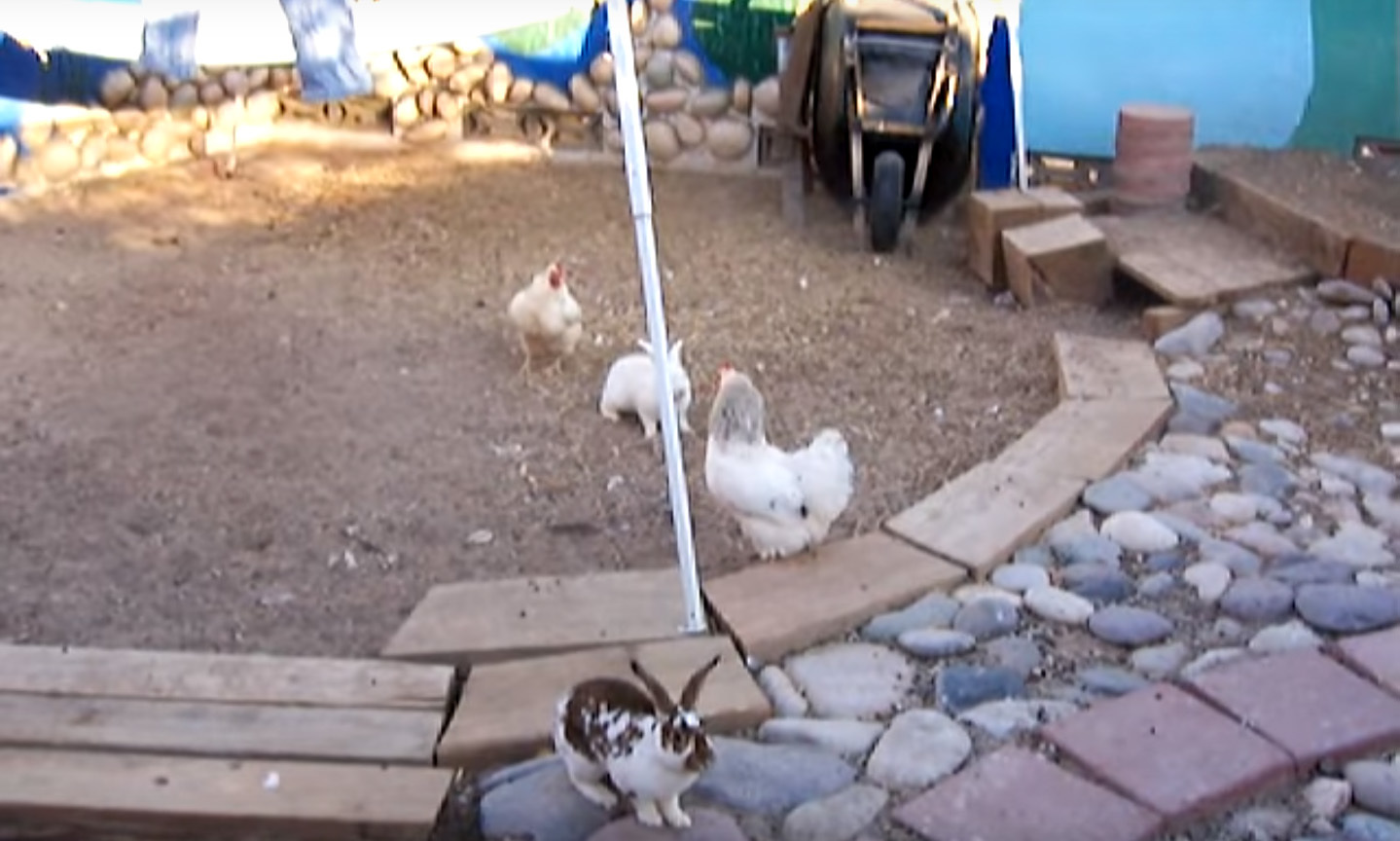 The story spread its roots in my brain early on. I began to create motivations and backstories for the characters. Not only the main heroes, but also those who appear only for a short time or are just mentioned. Simply because it was a lot of fun. This time, I had no real objective with all of this. Then somehow, as the characters were coming to life, it began to interest me more...

How can predator and prey live together? What would such a place be like? What about its social structure, political relations, its culture? What kind of place is Clawville? 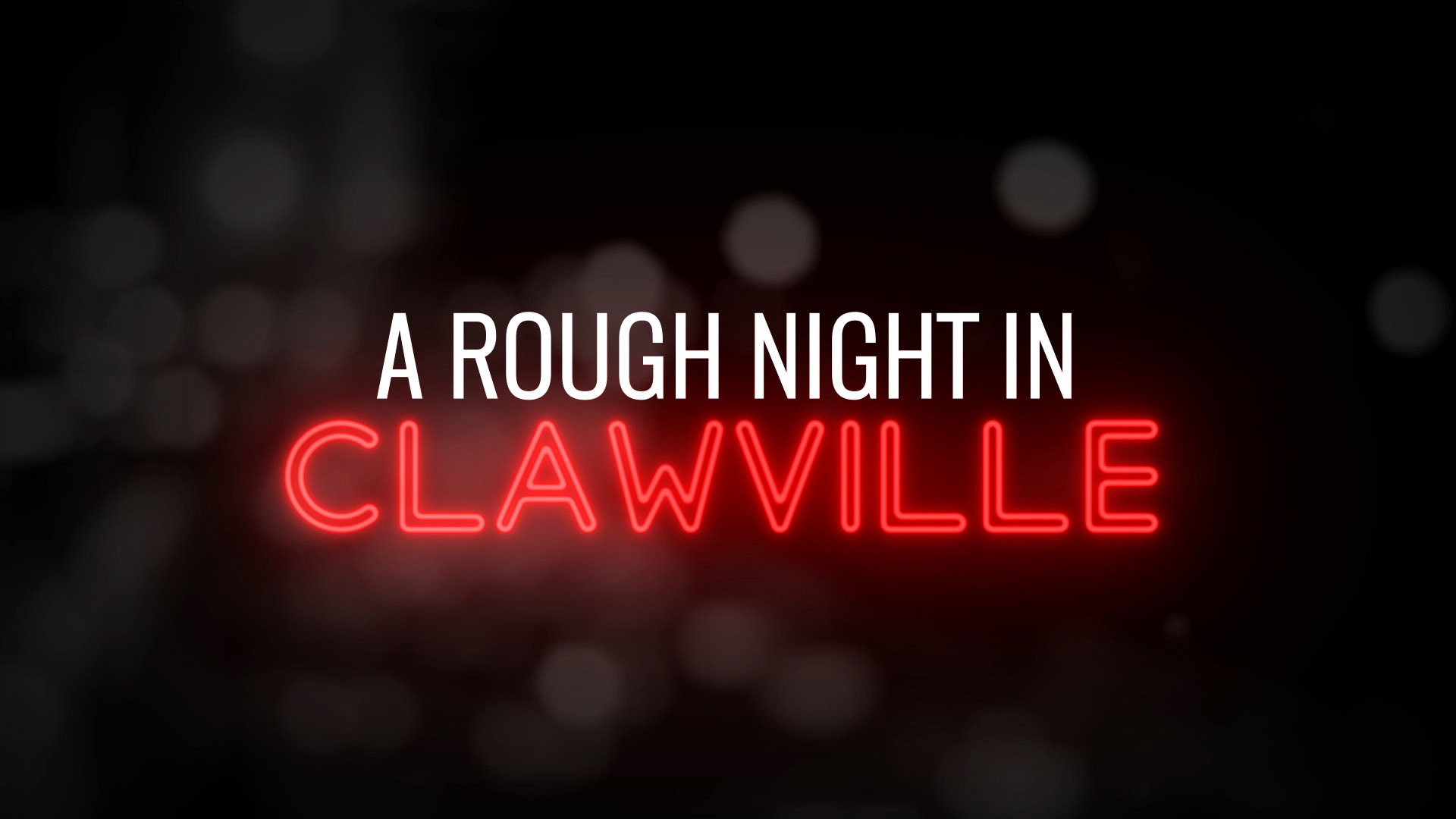 The story began in 2011, when I started writing the base of Chicken Police. It was a slow process because I had no plans with it. Animation? Graphic novel? Novel? I planned all of those, until one time (in 2014) I got the idea: why not turn it into a video game? I loved video games ever since I was a little kid, I grew up playing them, and somewhere deep in my brain a small voice was always shouting at me, demanding to become a game developer... "You are destined to do this!"
So, let's make it a game. Ok. An adventure game. Yes, of course! But... how?

By this time Chicken Police has clearly become a hard-boiled noir story. Rock-hard fists and easy chicks, corrupt, drunkard cops, and two ruthless roosters in a world ruled by predators. The story of Sonny Featherland and Marty MacChicken became whole and enhanced. I didn't even know which one of the many ideas in my head to work on.
Then came...

The movie Zootopia was announced in 2016, and while watching the first trailer I broke out in cold sweat. It floored me. The base of the story was so similar to my idea (an isolated city with predator and prey animals seemingly living together in peace, but under the surface it’s the exact opposite...), that the world started to spin. That's it? For a day or two I was sure I'll scrap the whole idea that I've been working on for years. Goodbye Chicken Police... 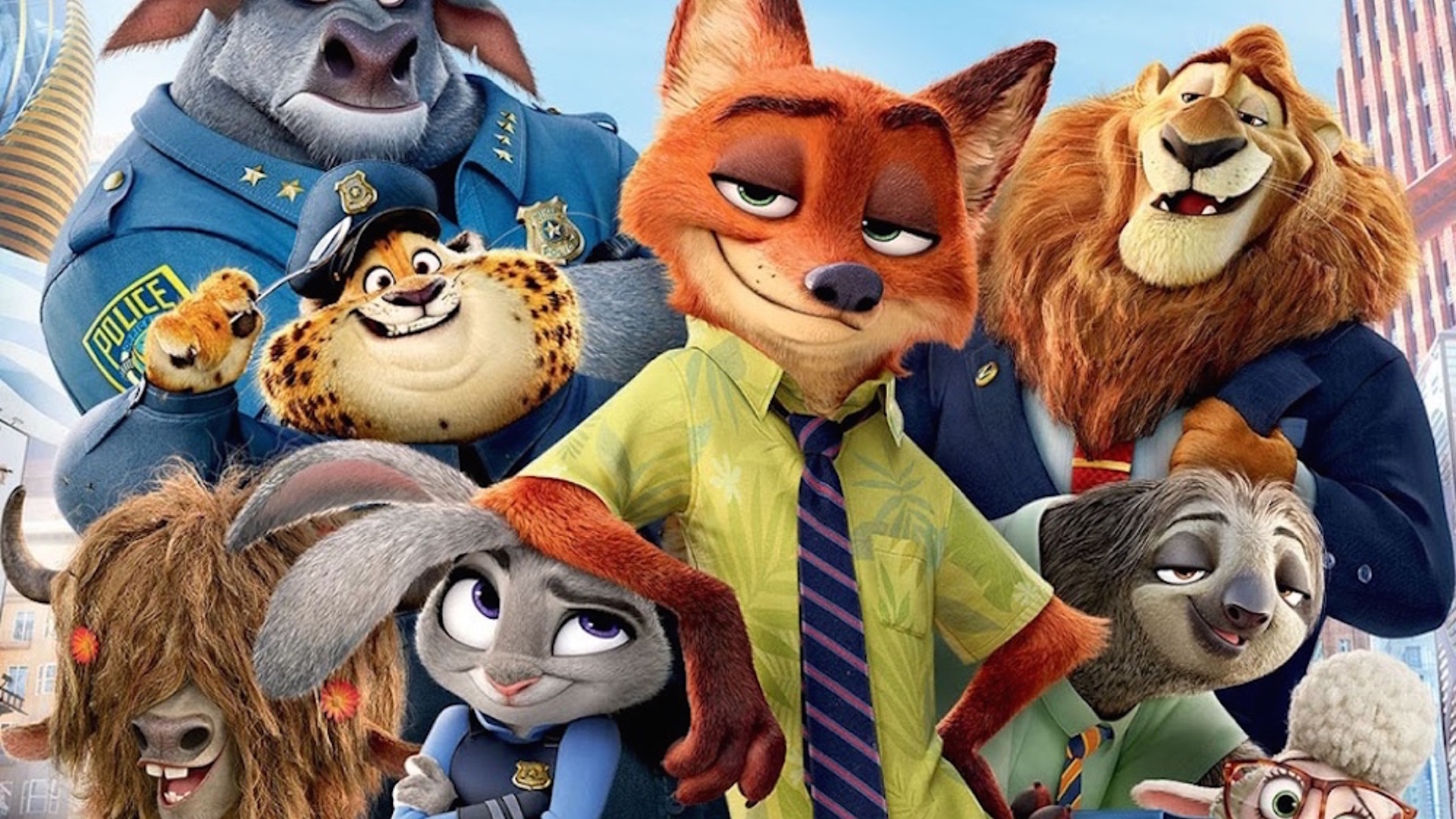 But then I watched the actual movie and all my fears were gone. While Zootopia's base is similar, in the end the movie put emphasis on a totally different matter, not to mention how far it was from the dark and hopeless setting of Chicken Police.

Meanwhile life of course goes on. A million things happen in one's life. There's no time for doubts. I myself am a writer, and besides RPG Maker, I have no idea about game programming. (So, I didn't know a thing about it!) I could have tried visual novel creator programs, but Chicken Police was too ambitious from the start for those. For a while, the game was put on ice, while my life went on. My son, Ábel, was born. I don't have to say how much the world turned with me again. 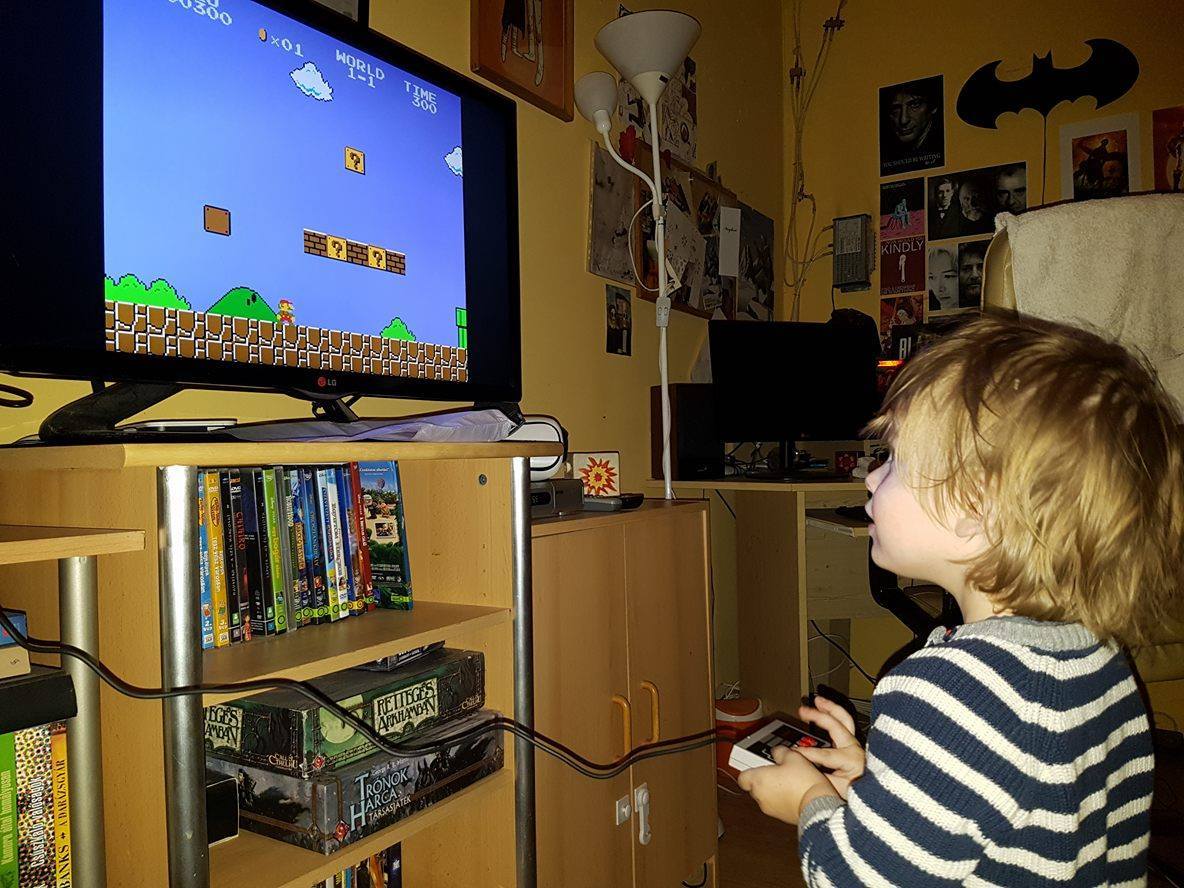 I met Lina, a talented and ambitious girl at my workplace, where I worked as a cameraman and editor, and she simply and honestly told me I was stupid when I showed her this old idea of mine. To be precise, she told me I was stupid if I let it go to waste... (By the way, Lina's helping us with the project in the social and networking fields.) And she was right! I've put time and effort in it for years, why would I let it go?

That's when I started (still all by myself) designing the actual video game. My goal was to create a Kickstarter campaign. I was working on the title for months, then I scrapped all earlier designs and started everything from scratch. I reached the point where I had the entire story and the main gameplay laid out. Péter, our current programmer, had been and old friend of mine by then. We worked together on another game’s design earlier, which turned out to be too big for us as our first game, so we put that aside. Péter then introduced me to Tamás (who's the heart and soul of our project), whom I've shown the pitch document of the game just for feedback. Could I send it in its current state to sponsors and publishers? His answer was I could, sure, but I shouldn't. Instead, let's gather a team with the help of his experience and connections, and let's do this together... 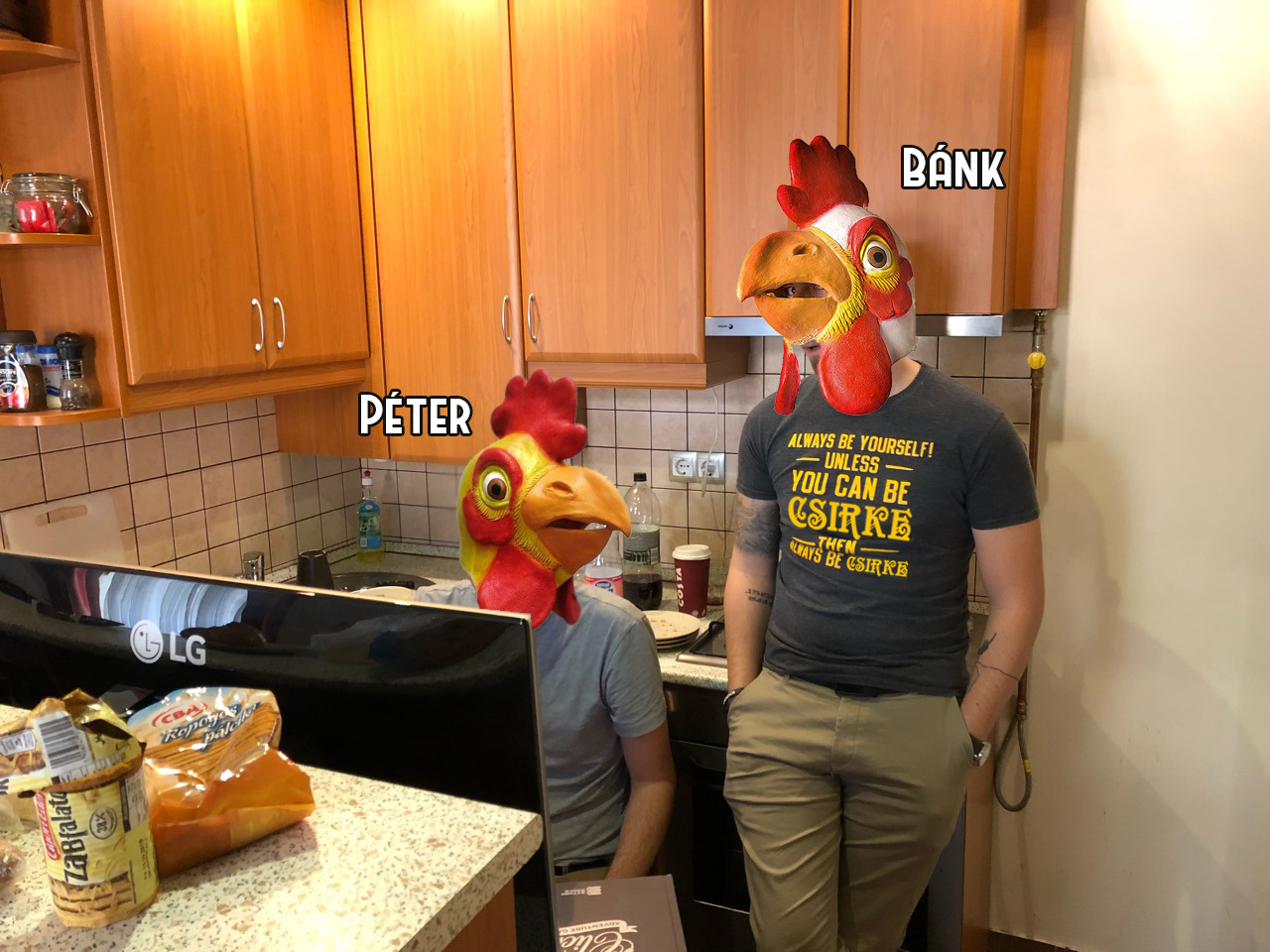 Besides the birth of my son, I'm sure this was the other big turning point of my life. Soon I quit my job and became a full-time writer/designer/game developer alongside Tamás, Péter, and Zoli, our current graphic designer. This was in 2018. The wild Gentlemen was born, and from then on, I can say that my job is literally my dream come true.

AFTER THE SHOCK - THE REAL WORK BEGINS

Of course, after the initial shock and enthusiasm comes reality. Human and technical limitations, finance, and of course being faced with imperfections of the game's concept. I have no reason to complain, I work with an extremely creative and committed team, all of whom consider the game a labor of love instead of just a job.

After a few sleepless nights we met our first real challenge in the form of a small Hungarian gamer event, PixelCon.
This was the event that would reveal whether the game would appeal not only to the few who had already grown to love it, but to a larger audience seeing it for the first time. 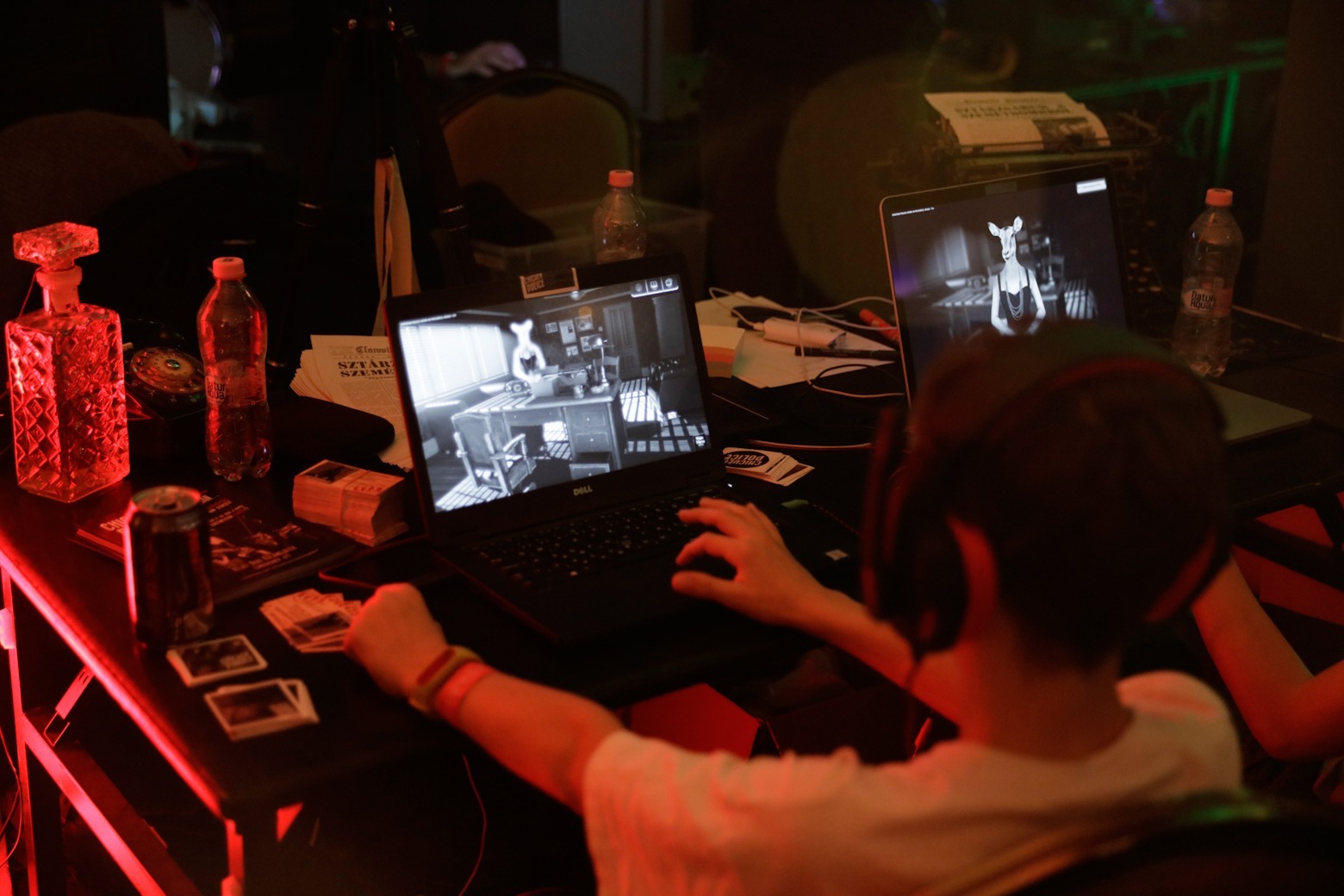 It's kind of a pretentious subtitle, for sure, but we really did show Mr. Ian Livingstone our game (he's the father of GamesWorkshop, Warhammer and Fighting Fantasy, and one of the "midwives" of Lara Croft). He liked what he saw very much. And not only him, but simply everybody who sat down to try it! The stream of positive feedback was truly humbling. From that point on we knew we're on the right track. So, the road's laid out before us, we just have to walk it... 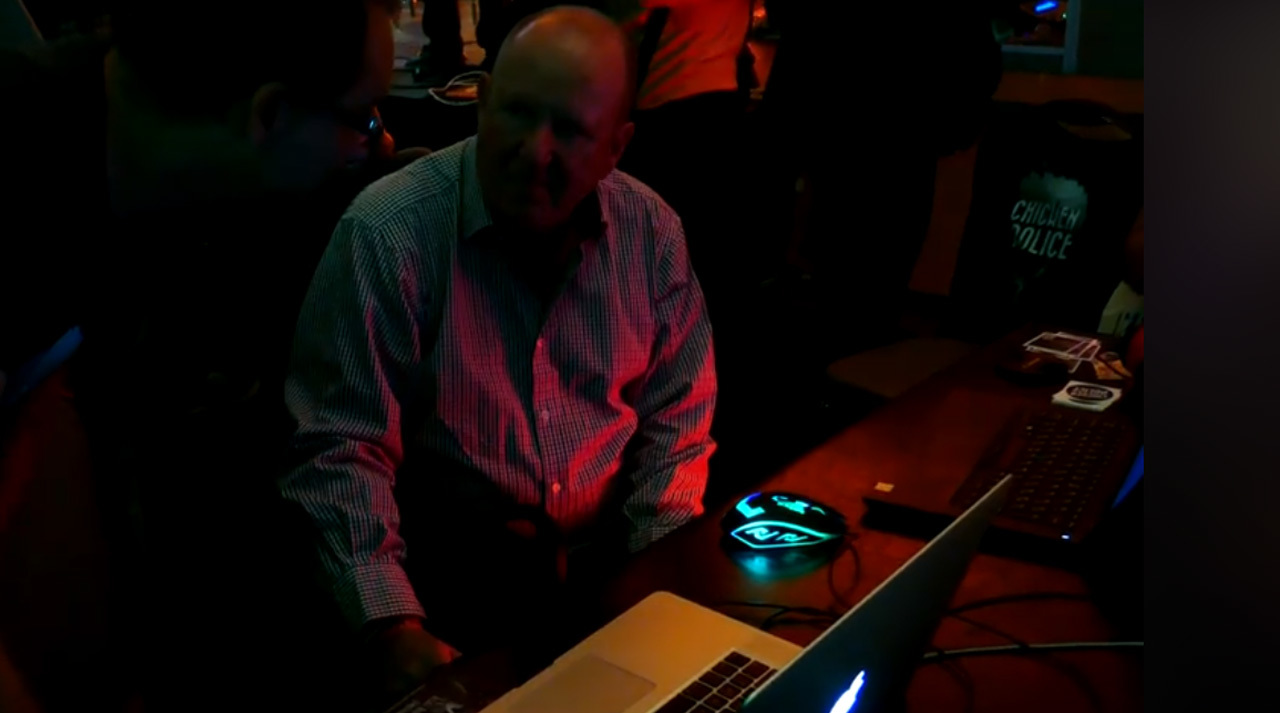 Because we have already written a separate dev.blog on Reboot, I'll be brief here. It was extremely inspirational for us that the demo we took to this event caused quite a stir and helped us connect with publishers and opened gates that are still wide open before us. It was a fantastic experience, and this time we received a ton of useful advices and observations beside all the overwhelmingly positive feedback. 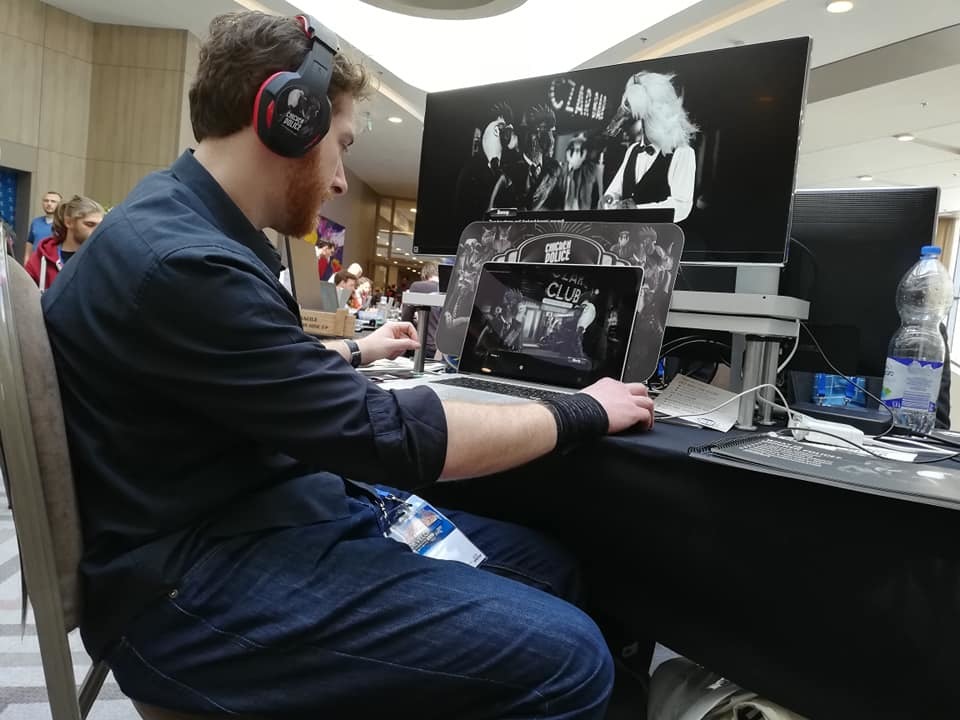 AND BEHOLD, HERE WE ARE NOW...

We'll be making a huge announcement soon, but I can't disclose any specifics yet. What I can tell you is that we're working on the game night and day, and on a new demo which will be public this time. The premiere of the demo will be on GamesCom, a month from now, if everything goes according to plan.

Meanwhile the voice acting of the game is in the works by a world-renowned studio, responsible for the sounds of titles like The Wolf Among Us and Horizon Zero Dawn. 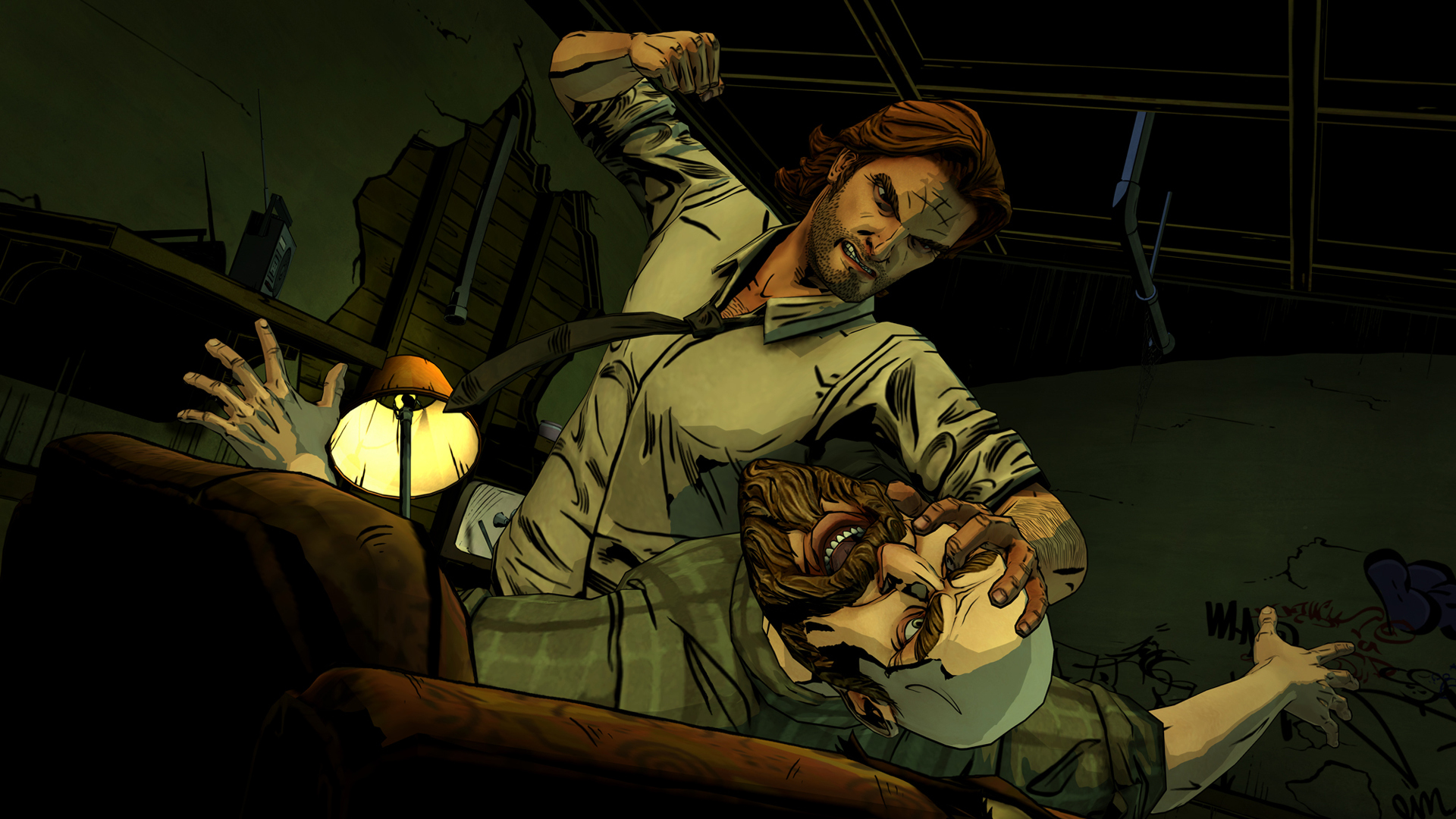 It's an incredibly tiresome but also inspiring phase we're in now, and although I know it'll be harder every day until the release of the game, I also know the fruit of our labor will be sweet and no matter the reception, we know we've created something truly unique.

Because we put everything that we are into it, and because... we have no other choice. :) 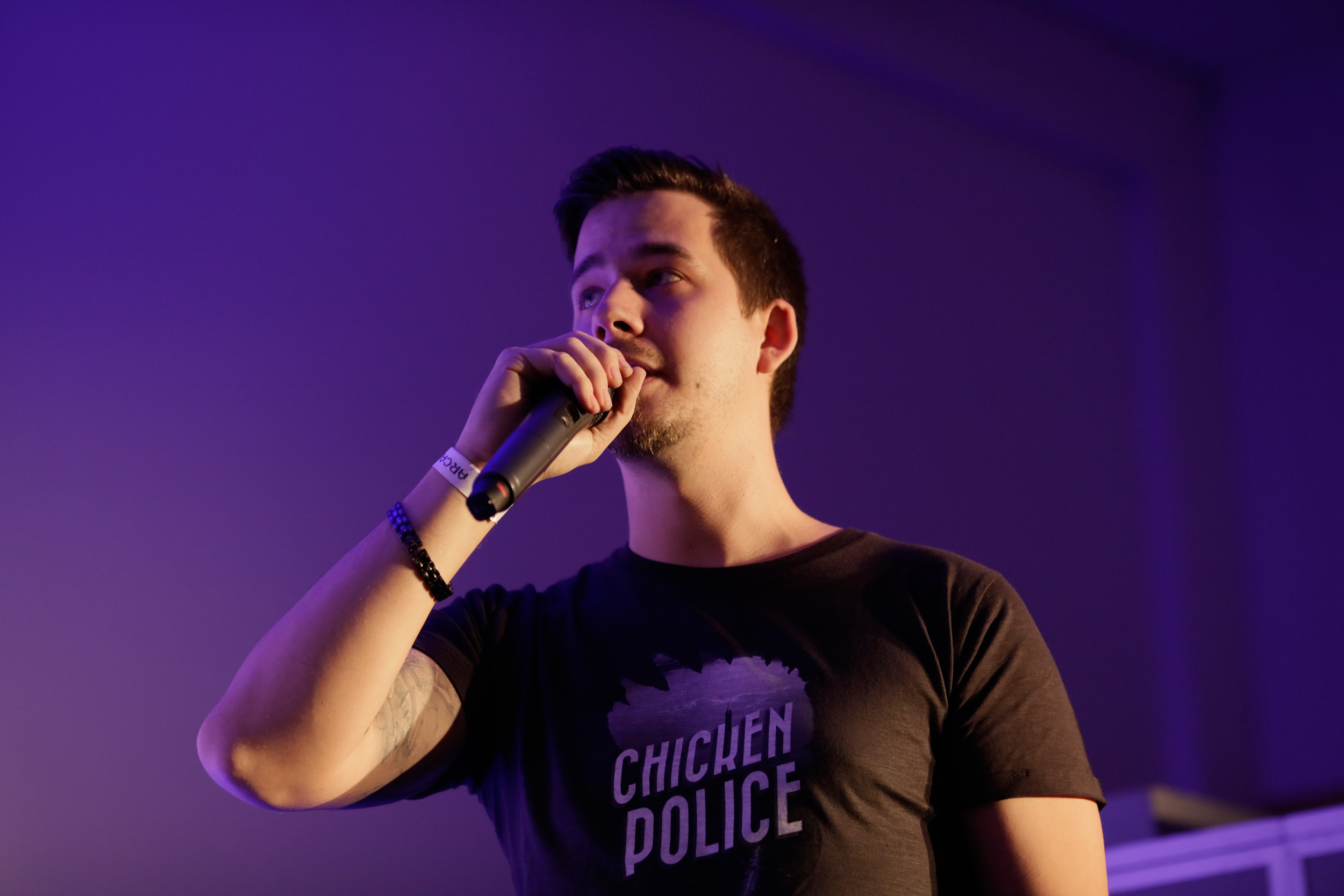 All of you who read my retrospection, thank you very much for your attention.
I hope it wasn't too cheesy. - Bánk 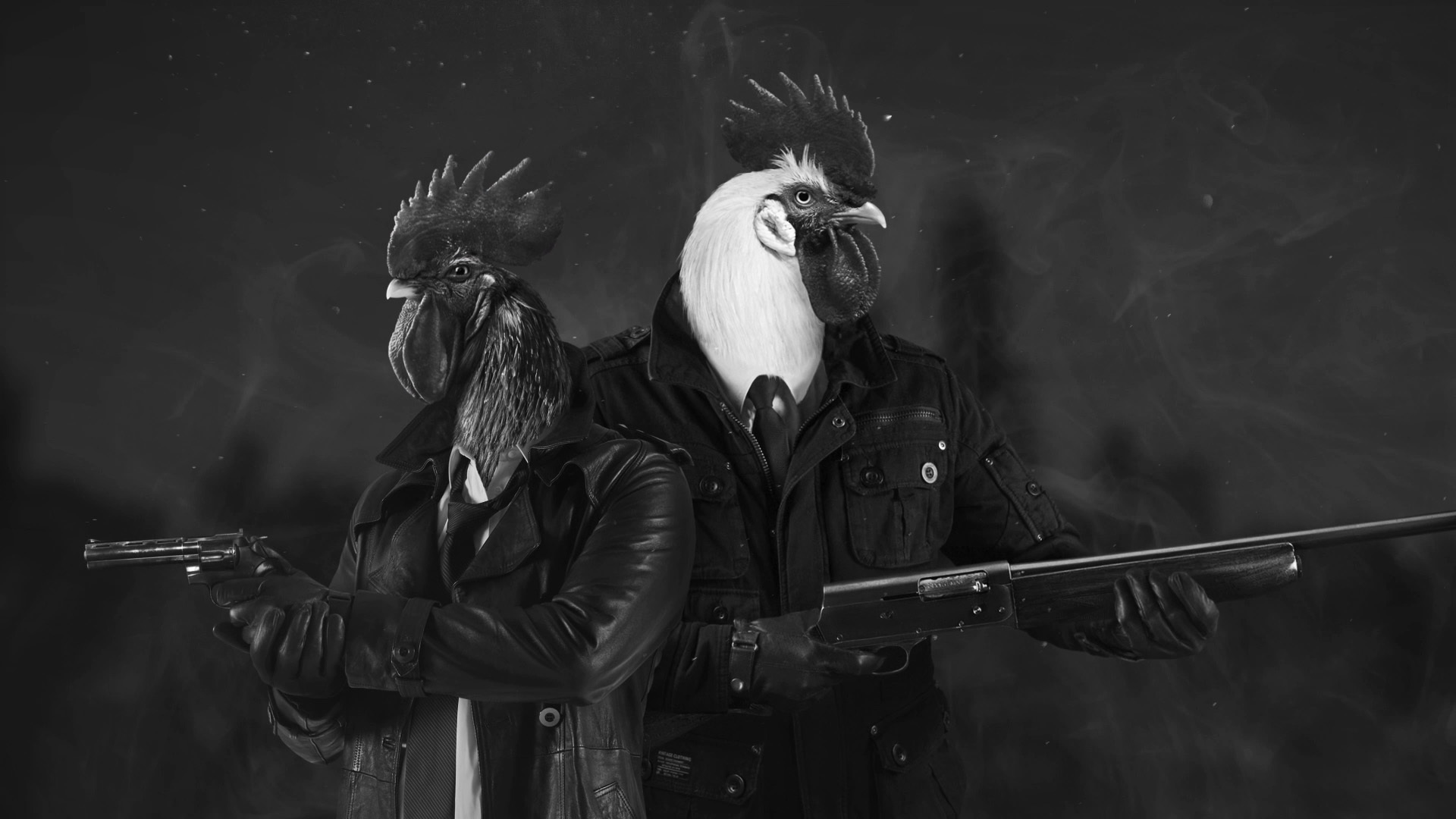 Curse in our heads - Quest Indie-game from Siberia

Indie-game from Russia, Siberia! Dankov Games - studio of the two students from Novosibirsk. "Curse in our heads" is game about the best detective in...

Made In Virtual Life