Goblin Camp v0.15 has been released! I've done a lot of work to ensure that the multithreaded pathfinding is now threadsafe, as that has been the cause of most if not all crashes before. I've also fixed all the bugs that I've managed to find thus far. Performance has also been improved, and the UI has been tweaked as well.

Feature wise there's lots of new things. You can now build battlements to allow your orcs to fire over walls, there's weather in the form of rain, seasons change and as it gets cold the ground will get covered with snow and the river will freeze over. To stave off death by thirst in the winter you can barrel water, and water is a required ingredient for many other products. Trolls may join your camp over time, and will contribute to the defence of the camp. They will need to eat and drink, though, so the help isn't free. 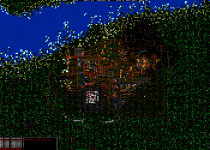 Goblin Camp keeps count of how many items and constructions you've built, how much filth you've generated and how many creatures have been killed. These stats then will give you a certain amount of points, so you can see how well you've done.

Autosaves have been implemented so that you won't lose too much progress if something unexpected happens, and saves can be automatically compressed to only take a fraction of the sapce they used to take.

I've made changes to wind and fire avoidance so that fire is no longer quite as completely lethal, and goblins will also douse fires by themselves. 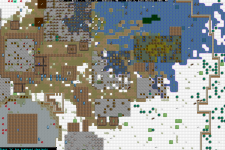 
Go try it out and tell me what you think!

v0.14 of Goblin Camp has been released, and brings with it tilesupport and fire! And a host of other fixes, tweaks and content.

A new version is out, lots of changes and new features

v0.15 released on the 25th of April, comes with many new features such as battlements to allow firing bows over walls, winter (ice & snow), immigrants...

This is mostly bug fixes for v0.14, but also introduces more factions for creatures so that they aren't all friends, a new save game format for better...

Version v0.11 is here! Includes lots of small fixes and enhancements, and a few major additions. You can now craft weapons to make your orcs more effective...

Are you still working on this game? :) Apparently you haven't been online at ModDB for quite some months.

Is this a dwarf fortress clone? It looks very similar but without an emphasis on history...

This game looks awesome..!
Bet its impossible to play for too long.

can someone explain how to build a stone quarry? it's greyed out for me.

nvm. a wizard decided to make my camp a settlement and thus i could create a quarry.

i got it to work idk how but i did haha