Glitch Pong is a circle pong game with a glitch. It was created in about 4 weeks and free to play on Android. (Soon available for iOS as well) The game was created by Brain Twister Studios and Radical Monster Games. Brain Twister Studios created other games like Juggle It and Brain Twister, but Glitch Pong is Radical Monster's first game. The retro styled game is a variation on Circle Pong and aims on simple gameplay with a high difficulty. The goal is to get the highest score by keeping your pong ball in a glitchy decaying circle.

Track this page if you want to know more about the game development process and my (Radical Monster) experiences creating and updating this game.

Keep your glitchball inside the circle. Use the arrows to turn the circle. Each time the ball hits the circle you receive points. Be careful though, each segment of the circle is damaged when you hit it, and is destroyed after a couple of hits. Luckily we've added boosters to make it a little easier, or not :) Try to get the best highscore and who knows, you might be the next King of Glitch Pong.

While playing you will see icons randomly appear inside the circle. If you hit these icons with your glitchball you will get positive or negative boosters that influence the game. Mostly these boosters will enable you to play a little longer, but some boosters are a real pain in the ass.

If you experience any issues downloading or playing Glitch Pong, please send an email to support@radicalmonster.nl and tell us about your problem in detail. Any information will be helpful to identify and fix the issue!

I'll be using this profile on SLIDEDB to share my experiences updating and marketing this game. I hope the mistakes I make along this process can be a lesson for someone else, or an inspiration for finding your own way of doing it. First of is a Tips and Tricks series were I'll take you trough some of the steps I've made and the lessons I've learned from those steps. Feel free to ask questions or share your thoughts on the subjects in the comment sections of the articles.

The next update is almost here! This is going to be our second update, just a week after the first update. The first update on Wednesday the 18th was a small one, but this time we er going to add some real game changers.

After the release of update 1.1 we had some good reaction on the decrease in ads. The game itself is fun to master, but let's face it, when you beat your own highscore for the 13th time the fun kinda wears off. This is why we decided to make this game a multiplayer experience.

You can keep trying to beat your own highscores, but in this next update you can also play with and against friends or foes. Create groups and start duels to see who can get the highest score. The winner of the duel will receive a reward :) If you are skilled enough you can even compete on a global scale and become the #1 of the world. 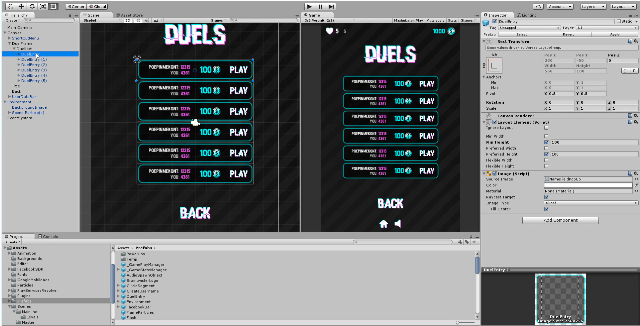 Besides the complete new highscore system, a lot of other things will be added. I'm not going to tell you much more, cause it's a lot more fun to find it out for yourself :)

Play the game for free and get the 1.2 update automatically.

The first update is here! Yesterday we launched our first Android game Glitch Pong, but we found some small bugs so we fixed them and updated the background...

Our first game! Glitch Pong has been released!

Finally! The big moment is here, my first game is released. Together with Braintwister I've spend the last month working on a simple first game. It's...

Tips and Tricks #1 Marketing your game

In this series of Tips and Tricks I will share my personal experiences designing, releasing, updating and marketing my first game. Feel free to share...

The latest version of Glitch Pong for Android. Get Glitched!

Please feel free to let me know what you think of the game. As this is my first game, any feedback is more then welcome!