Tap the Ghosts that appear on screen in this exciting game to earn as many points as you can!

I finally was able to release a new update for Ghost Bandits Attack. It took longer than I originally intended (2 Months, yikes). I originally wanted to have something ready to release every 6 weeks but when it comes to programming, you never know what kind of bumps in the road you might run in to.

My first priority was to make the Game Over screen appear less cluttered than before: 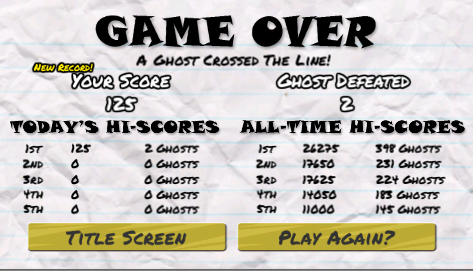 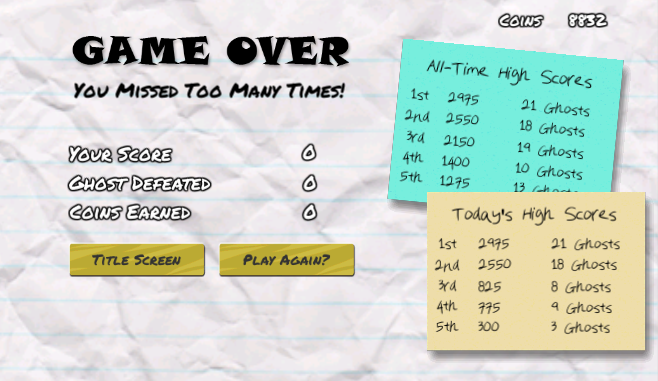 The one of the left is what it used to look like while the one on the right is the current look. In my opinion, the old one looked too disorganized and big -- there was barely any spacing. I tired my best to make it appear more loose and easier to look at. As to whether or not I've succeeded remains to be seen. 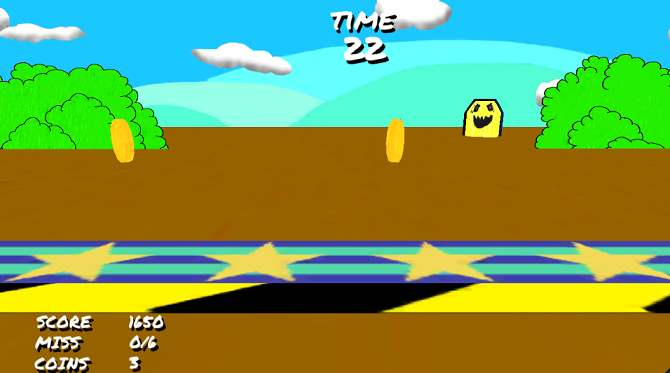 The next big thing I added was a currency system and items for the player to buy. One of the things that motivated me to include currency was to give the player a second option in unlocking the hidden Boss Battle. I figured maybe having them unlock all the achievements to open the Boss Battle would make them lose interest halfway through. Players can also earn coins by defeating ghosts when they're on top of the bonus area (the one with the stars). 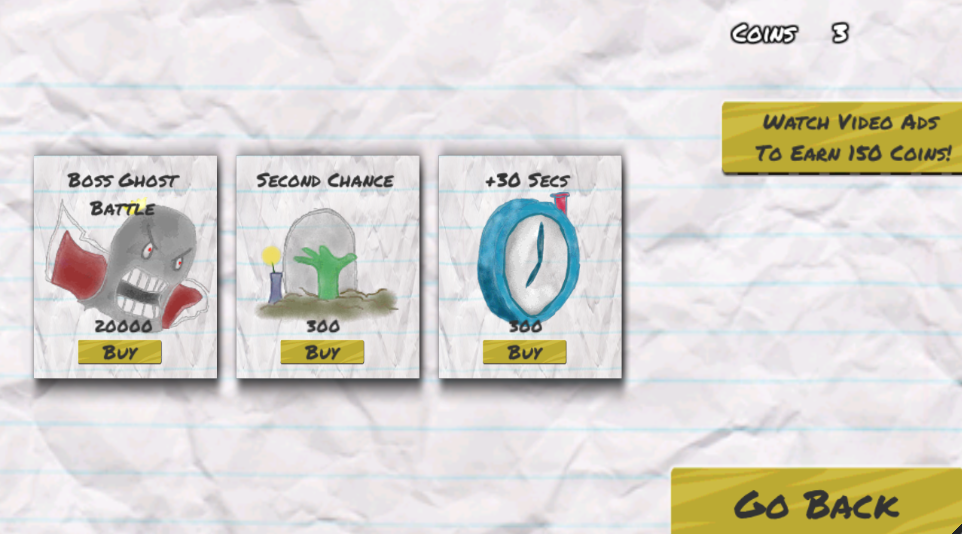 As for the shop, I know 3 items isn't much. If I added any more, it would have delayed the game's release and it was really off-schedule to begin with. I do plan on adding more items in future updates. I don't know how many new items I'll be able to add but I'll try to add at least one when the next version is released.

Other things I'm planning to add is a global scoring system. This will allow players to submit their scores and compare theirs with others worldwide. This will definitely be in the next version I release.

So there you go. I hope you'll enjoy this version and I hope you'll look forward to the next one, which if all things go according to schedule, will be released in 6 weeks.

Updated APK for the Ghost Bandits Attack. Fixed some bugs and made UI look more organized. Also added some features.