Bloody Epic is about slashing, cutting and maiming the enemies of the kingdom. It's a story of a convict turned hero, a sadist turned savior!

Thanks for voting and helping Bloody Epic on it's quest to become the 2021 Indie of the Year. You are now in with a chance to score some free games. Help this game secure more votes by embedding the widget (or link) we have included below on your favorite sites.

The new, the old and the free game. Promocodes inside ;)

This is the name of our new title. In it you make a crazy guy tumble down a sort of cave to escape the mad house. Wanna see some screenshots? We'll stay tuned cause we are working on those :) 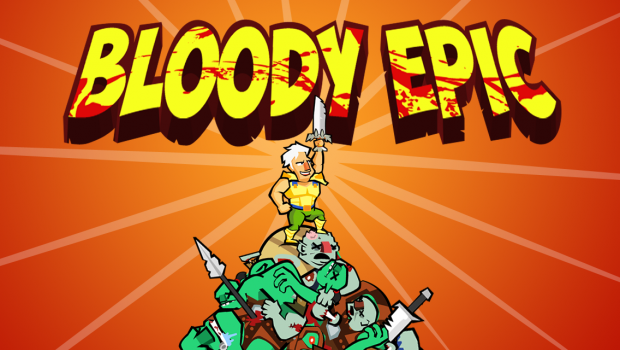 We have a little update lined up for Bloody Epic (iOS/Android). Mostly tweaks to the bosses and levels. Also some fixes regarding objectives. Should be shipped right after Madman Drop.

While you wait why not get the game for you iPhone? Oh, you're broke? Ok, just post a comment below and we'll PM you a promocode, how's that? We are giving 10 away for now.

And finally our first game as Tio Atum, Fruit Monkeys, is now free on iOS and Android. Why not go get it and, if you like it, put in a good review for us. It would mean the world!

Those are the news for now. Keep watching us or follow us on Facebook for all the latest on our games

Bloody Epic sounds - How they were made!

A brief look at the work of our soundman Miguel Cintra on Bloody Epic. Also check out what fixes you can expect on the next update.

Bloody Epic is out NOW! Check out the trailer!

After months of hard work Bloody Epic hits iOS and Android. Slash away in this crazy rhythm-slasher-hardcore-game.

Bloody Epic will be out soon!

Bloody Epic will be out soon on iOS and Android. It's the culmination of 5 months work and a lot of pixelated blood on our hands. Check out some preview...

All new characters in Bloody Epic!

hahaha dude don't change the title it is fantastic, it could even start a new catch phrase: that's bloody epic, that is ! xD good game guys, keep up the good work

Thanks! Will consider keeping the title :)