Game is FREE and in Georgian but its pretty intuitive to play, there's 3 levels:

Levels can be played in any order, multiple choices and ways to solve puzzles.
Game download links are presented below.

Storm is rising, this time from Georgia ! 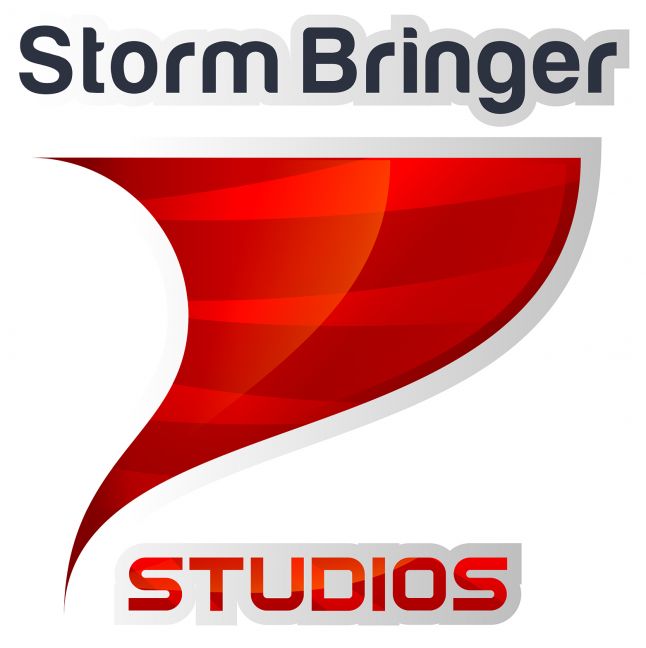 I'm Irakli Kokrashvili, CEO and Co-Founder of Storm Bringer Studios. Our story is bit unusual and that's why I want to share it. We started 4 year ago, as a government funded initiative. When we start telling this, people stop us, "Wait what ? Did your government funded you ? really ? usually government takes money away", Yeah in this case this is what really happened. 28 professionals were gathered with one mission to make first Georgian game. Only request was, game should be about police. We wanted to make games more than anything, actually we all know each other before and tried to make games on local forums numerous times, but everything finally getting to finances. And suddenly in a country where nobody was taking seriously game development, government provides everything needed to make a fully functional game, good salaries, studio, equipment, invite consultants etc.

We started working really hard. After consulting we've picked UDK (Free version of Unreal Engine 3) and we had release in 6 month! "GeoPolice 1" as we call it later. Simple shooter on rails, AI "see-shoot-die". We got HUGE success, Ministry of Internal Affairs servers crashed after putting download links there. It was distributed free locally on disks as well. I will never forget this feeling seeing game disk what was made by us first time! We become local celebrities. Even president thanked us in parliament during his yearly speech for our achievements in IT and gamedev. Government provided modern mockup studio for us and we used all this to launch our second game "GeoPolice 2", in 7 month. This time, game was twice big in content, quest level, shooter level and even managed to put Easter egg level. Here are few screens: 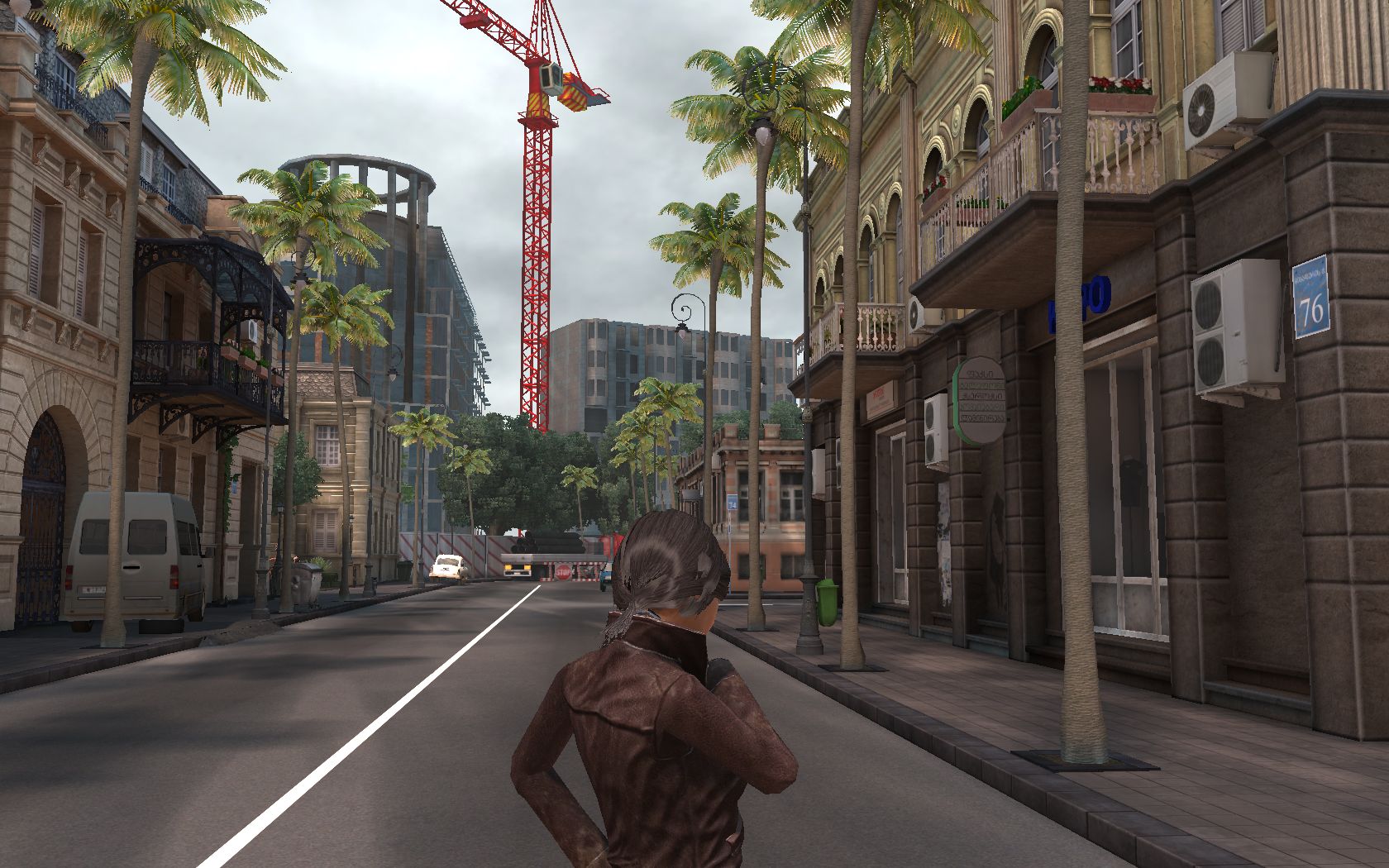 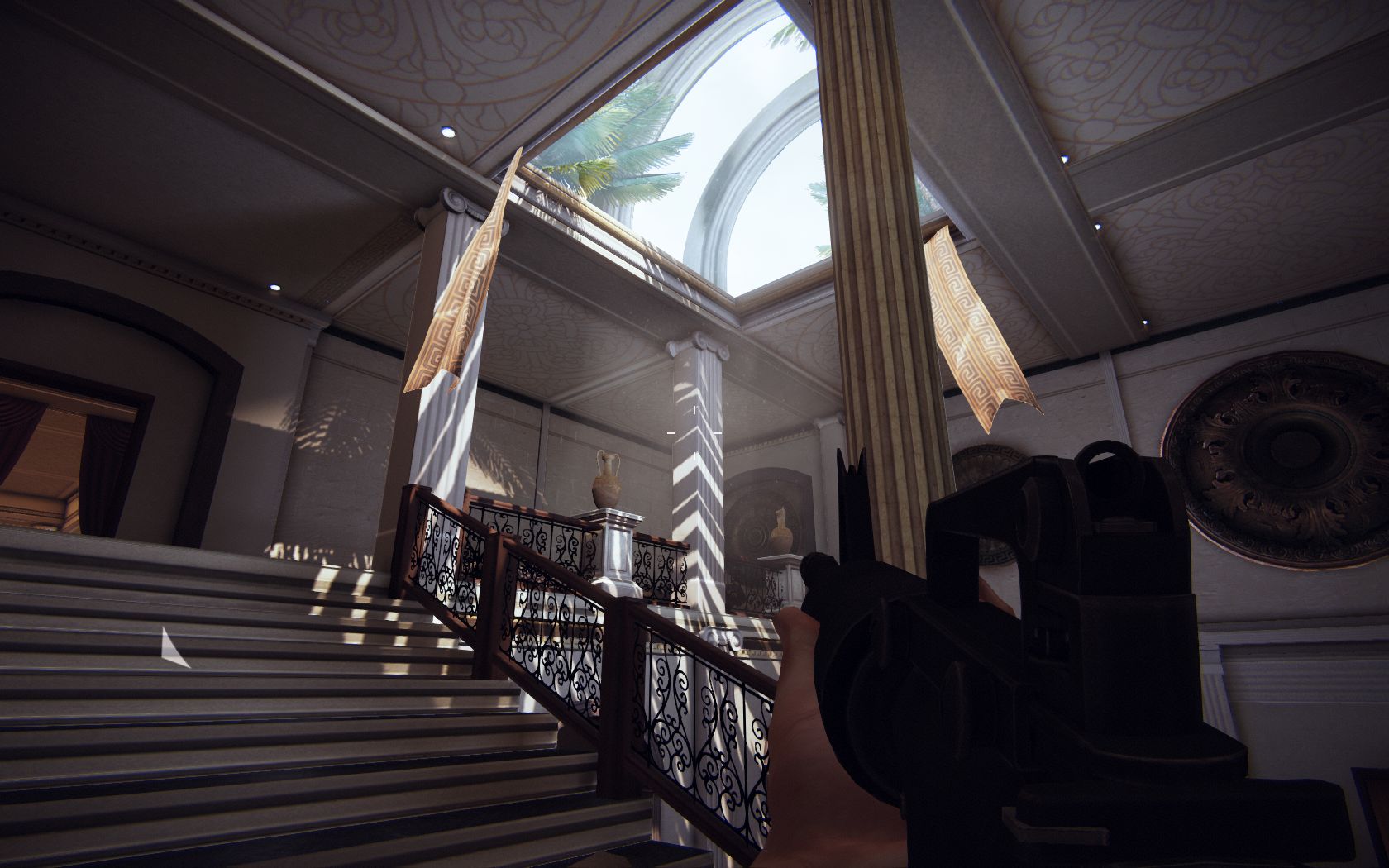 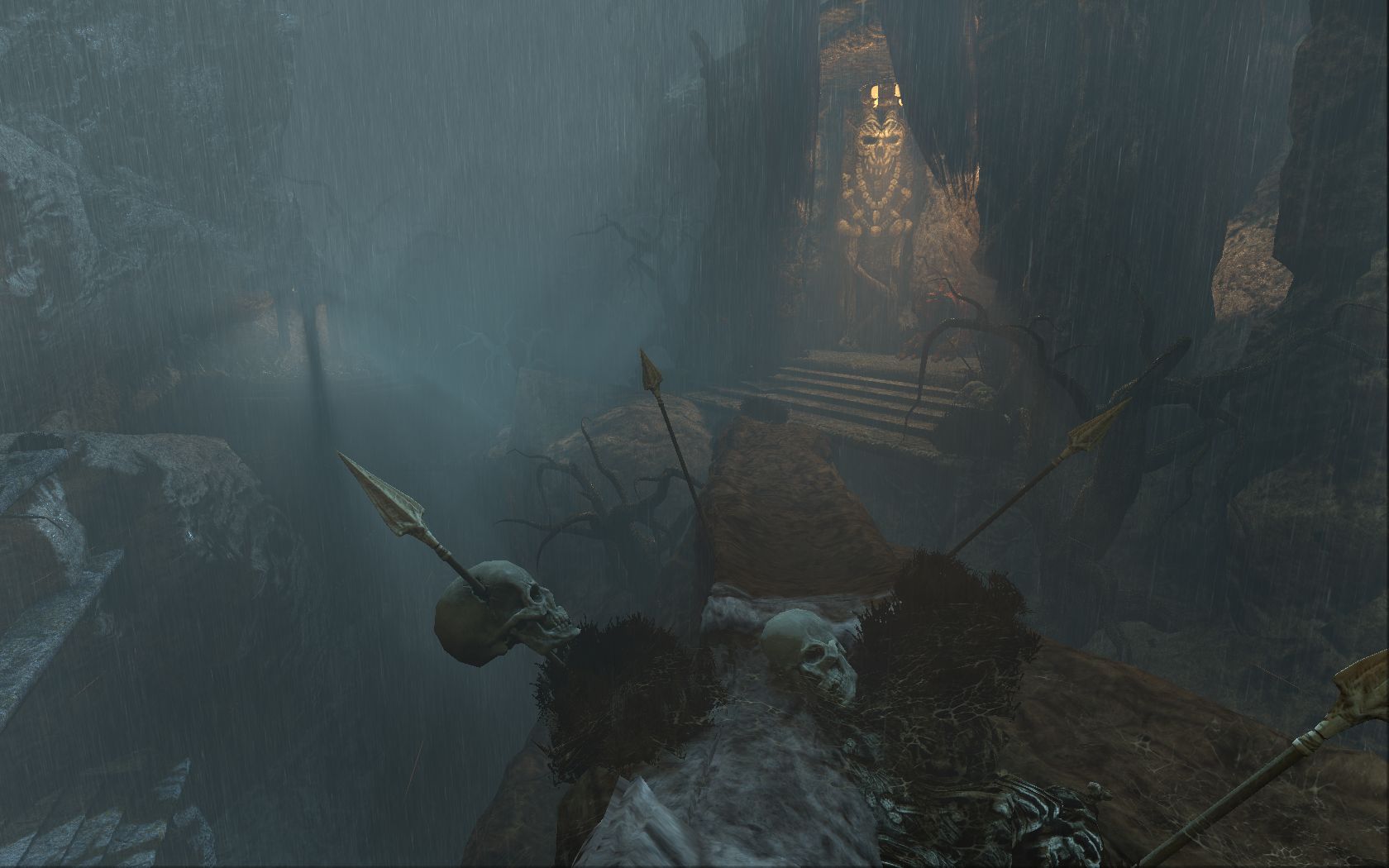 After release of second game we get noted by US Entrepreneurs and half of the team stared doing outsource, another half was working on "Geopolice 3". We did outsource for Microsoft, Kixeye and Larva Game Studios. We gained HUGE experience, mastered Unreal Engine 3 and other technologies. LDOE (Last Day On Earth) is biggest title we worked as outsource so far (www.ldoegame.com). And then...

Government changed in our country. We were cut in financing. Geopolice 3 was 90% finished but never released. We all set down and talked what to do next. All as one agreed that we should continue making games, because we tested what it's like to be in game industry, what it's like to be a TEAM that can make complex games and work as ONE. We decided to found our own commercial studio.

By advice of my US friend, I filled few applications for startups and one of them was GameFounders. And suddenly we got to finals; we arrived in Estonia, established Storm Bringer Studios here and new journey started. We've met tons of mentors, we've learned how to pitch, how to make business, how to run company. Meeting iconic game industry veterans from all over the world was beyond our dreams! We decided to play big and pitch for own IP, online free-to-play shooter.

Steameria:Tournament is alternate reality with reach history and insights. Steamerian overlords love gladiator fights, and you are one of the Gradiator. Besides that we chose to go for Steampunk setting.There are few point that I'd like to highlight:

1st, we will support and specifically optimize game for Oculus Rift as it blends ideally in our game vision. Devkit arrived last week and we absolutely love it!

2nd Game will be fair-to-play. No pay-to-win stuff there! This is important, as it will affect monetization model we are going to use.

Hold tight! When/if you reach high ranks you will be able to challenge other gladiators with same rank and choose weapon and armor set to fight series of duels AND bet real money. Winner will get prize! 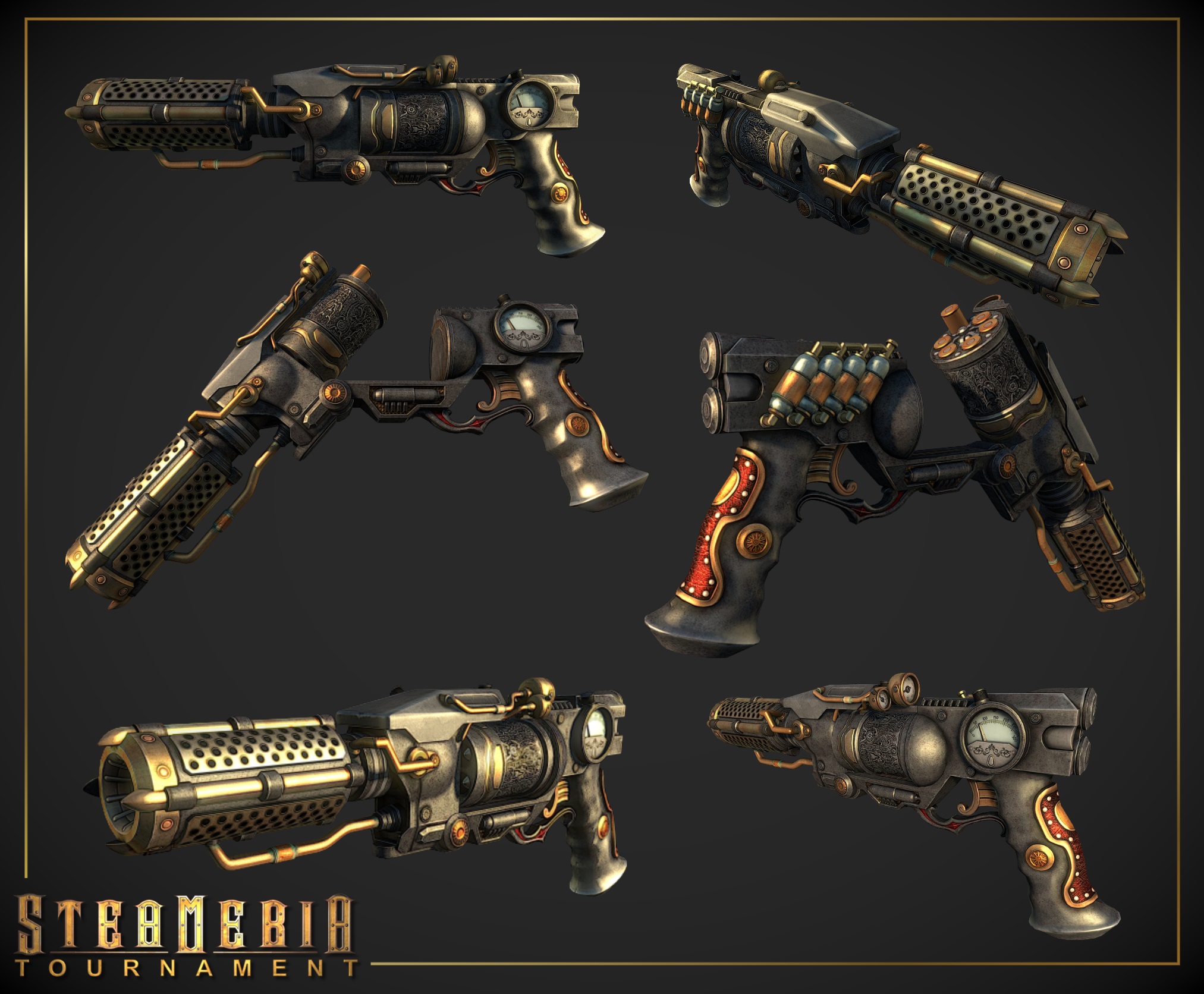 That's not all: There will be tons of cashed tournaments. To enter one, player needs to qualify by getting defined set of armor and weapons. Winner will receive REAL money prize by the end of tournament!

We partner and negotiating with several companies which provide backend for such transactions and anti-cheat protection etc.

And this is not all we want to implement but I'd rather not talk about all for now. We will be next week in Paris attending Game Connection event. Please free fill to visit us there or see latest news on our FB page:

Thanks all for your attention and please remember:
Storm is rising, and this time from Georgia!

p.s.
This is demo based on Geopolice 3, we made it for demo days:
Bit.ly
Feel free to download and play, and provide some feedback, thanks.