FurryFury is a game of skill, where the deceivingly cute furry beasts settle their differences by rolling and smashing against one another in a deadly arenas. Play solo, with a friend (or against him), beat the challenges or battle other players online.

FAST PACED, SIMULTANEOUS TURNS - Plan together with your teammate to launch devastating combos.

BEASTS EVOLVING OVER THE COURSE OF A MATCH - Harass your enemies or focus on increasing your strength and unlocking skills to harass them even more (you can still do both at once if you're awesome).

BECOME A GHOST - Did you just got smashed? No worries! You'll come back to 'life' as a ghost to actively bother the enemies with your presence.

CO-OP CHALLENGES - The same mission played with a friend may offer different challenge and appropriate rewards.

CRAFT YOUR REWARDS - There are many beasts to play as, and each of them has different set of attributes and skills. But you can also customize their move effect, victory quote and more. During the game you gain ingredients which can by used to craft desired Customizable - no duplicates guaranteed!

FurryFury for FREE on Steam!

Hello there good people. I am the sole creator of the FurryFury game, and i'm super excited to annouce that it has finally come to Steam Early Access ( July 11th 2019). It's still a long way to the finish line, but it's playable and enjoyable already, and it's free.

The game is set in a world of deceivingly cute fluffy creatures, which enjoys simple pleasures in life such as smashing against one another on deadly arenas. While the game offers some single-player / co-op challenges, its main focus is on PvP brawls: 2vs2 and 1vs1. It's all about rolling and pushing your opponents onto harmful obstacles while trying to stay out of danger. If you think now: "Hey, it's like that other game I played...", believe me: it's nothing like it. 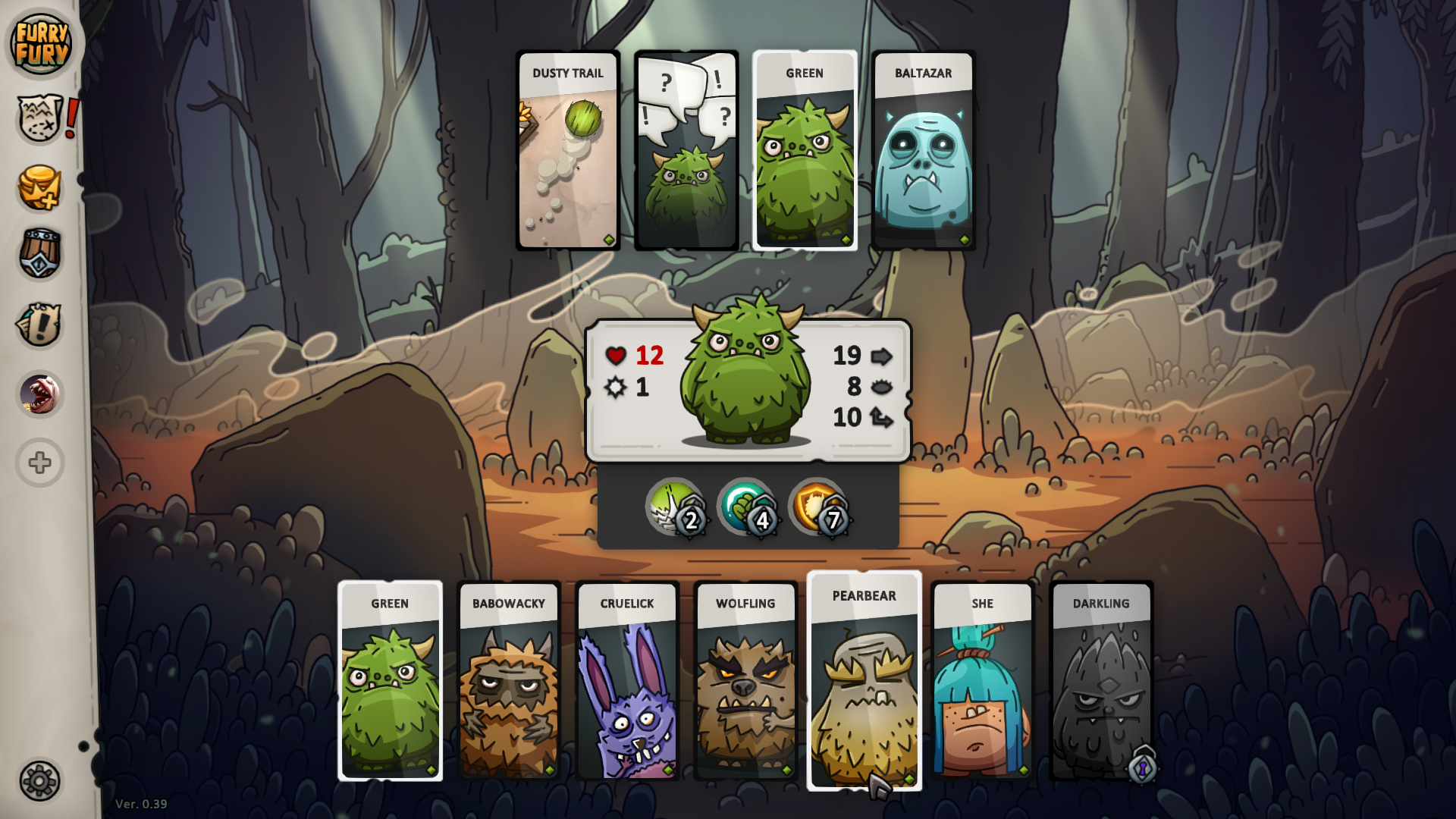 The game looks casual at first, and it's easy to learn, because in the end the only thing you can do is roll. It is not so simple though because each Creature has its own skills and stats, and arenas differ with hazards and mechanics. However all of it works automatically and do not require any action, which creates the "dynamic turn-based" feel. It's also worth mentioning that you plan and execute the move simultaneously with your teammate and all of it is based on physics encouraging combos and mastering. There is also very fair progression/collection system but why don't you just check it out yourself instead of trusting my word. So go and grab your copy, tell your friends, it's free!
Play FurryFury for free on Steam