forma.8 is an action adventure game for for PS4, PSVita, Wii U, iOS, PC, Mac and Linux. You are a little exploration probe on a foreign planet, with a life or dead mission to accomplish and every odds against you. With an innovative control system implemented with touch screen in mind, forma.8 aims to give you a thrilling, old school action adventure game.

Follow us and the development of the game here and:

Lot of time passed, and how things changed! We started working on our little action adventure game in 2011, we showed the game as an iOS exclusive at E3 2012 as a very early iPad build, and we posted our first news here on indieDB on october 15 2012.

We are extremely proud on all the progress we've made on the game, and if someone asked us just one year ago if the game would ever appear on a console we've probably laughed hard. How things changed...

Here's the new announcement trailer for the game, hope you'll like it!


In a distant future, the small exploration probe forma.8 is stranded alone on the surface of an alien planet. He got parted away from his companions by an accidental event and has a life or death mission to accomplish: he needs to find and recover a powerful energy source deep under the surface before it's too late. Ancient civilisations, great perils and dystopian visions awaits him, and not everything is as it seems...

Floating gracefully in mid air, with a control system that aims to give the player a true sense of flying, our little hero forma.8 starts with no powers, no weapons and no hints of what to do and where to go: it's up to the player to explore the planet, deal with its often hostile inhabitants, and slowly uncover the story.

There's no verbal communication in the game, everything is conveyed to the player only with images and sounds. 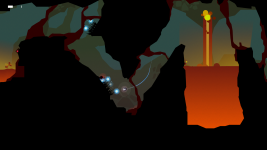 A unique mix of hand drawn vector graphics and 3d elements brings the world of forma.8 to life with a clean and vibrant look, while the fully physics based interaction with the environment and the planet weird fauna offers unexpected twists to the gameplay.

If you like the game, please give us a 'yes!' on Steam Greenlight, here's our page:
Steamcommunity.com 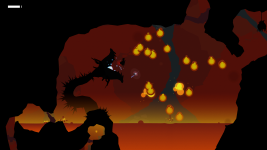 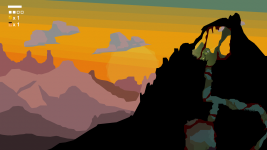 We really hope to provide more constant update about the project here on indieDB, meanwhile follow us on social networks, we are really active both on FaceBook and on Twitter!

All the best from MixedBag and a little update on forma.8!

New video, screenshots and a some updates on the project

We are back with a little update on forma.8. Some news on the project, a couple of screenshots and a gameplay video from the first area!

Past and present: big changes

A look back at our E3 2012 demo, with screenshots comparison to the actual version of the game. It's night and day, really...

Showing a video of the game for the first time, some news and our new website is up!

For reference, our first press release. We sent this out for E3 2012 at various website, maybe some other indie developer wants to take a look. :)

So many visually-appealing games have been around lately! I'm utterly spoiled for choice, and this one is no exception. Forma.8 is incredibly beautiful with the way it contrasts the deep black of the unknown and unpassable with the lush and sometimes startlingly bright colours of this strange new alien world.

It's a Metroidvania-style game but it immediately dispels any similarities by having the main protagonist float instead of run and there are no platforms to be seen! You still wander around collecting power ups but everything in Forma.8 is much more relaxing, even the soundtrack.

As for mee, it looks more like Insanely Twisted Shadow Planet

I love the art direction :) Will keep track of this.

Loving the art style, remind me of Limbo a little.