False Front is a cartoony first-person shooter set in a world where warfare is not only seen as a sport, but also broadcast on television and seen live by an audience with thousands of people. Being the greatest soldier will not only bring you the victory, but also give you the love of the massive audience.

"Our vision with this game is to capture the old-school first-person shooter feeling. We want to make a game experience that doesn’t feel too complex, a game that is easy to understand but hard to master. We believe that the simple graphic combined with the arcade-style gameplay will bring comfort to the player and just let you have a good time playing. Hopefully the game will be released in 2018, but we like to stick to the saying ”a game is only late for a short while, but is forever bad”. So we will release the game when we think it is good enough.

We will make all future dlc fully free of charge. Personally, we feel that having a price on dlc takes the joy away of new content. It no longer feels like a gift, just another thing to pay for. We want our DLC to feel like a gift. The game will retail for about $9.99 on Steam, which might increase after more content has been added."

It has been quite some time since the last devlog, we've tried to focus more on making the game better than being active on social media. However, now we will start posting active again showing you what we have worked on for the past year. In this devlog we will show you how we have improved the graphics of the game.

We've worked hard on trying to improve the look of the game, since some people including ourselves thought that it looked too flat before. This was quite a difficult task since we are using our own game engine.

We are happy to now be able to show you some extra shadows, fog and lighting in the game. See the results in the images below! 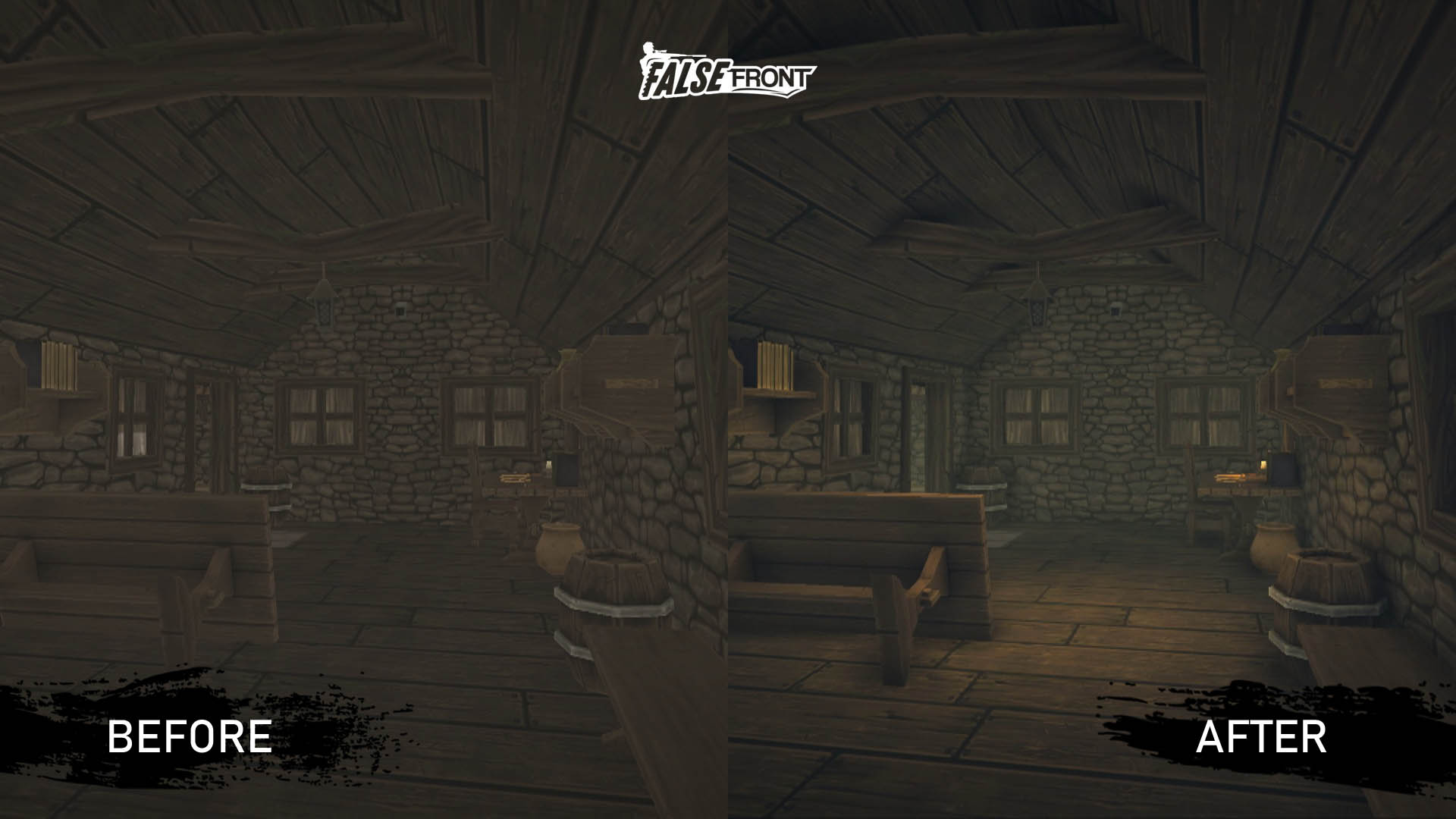 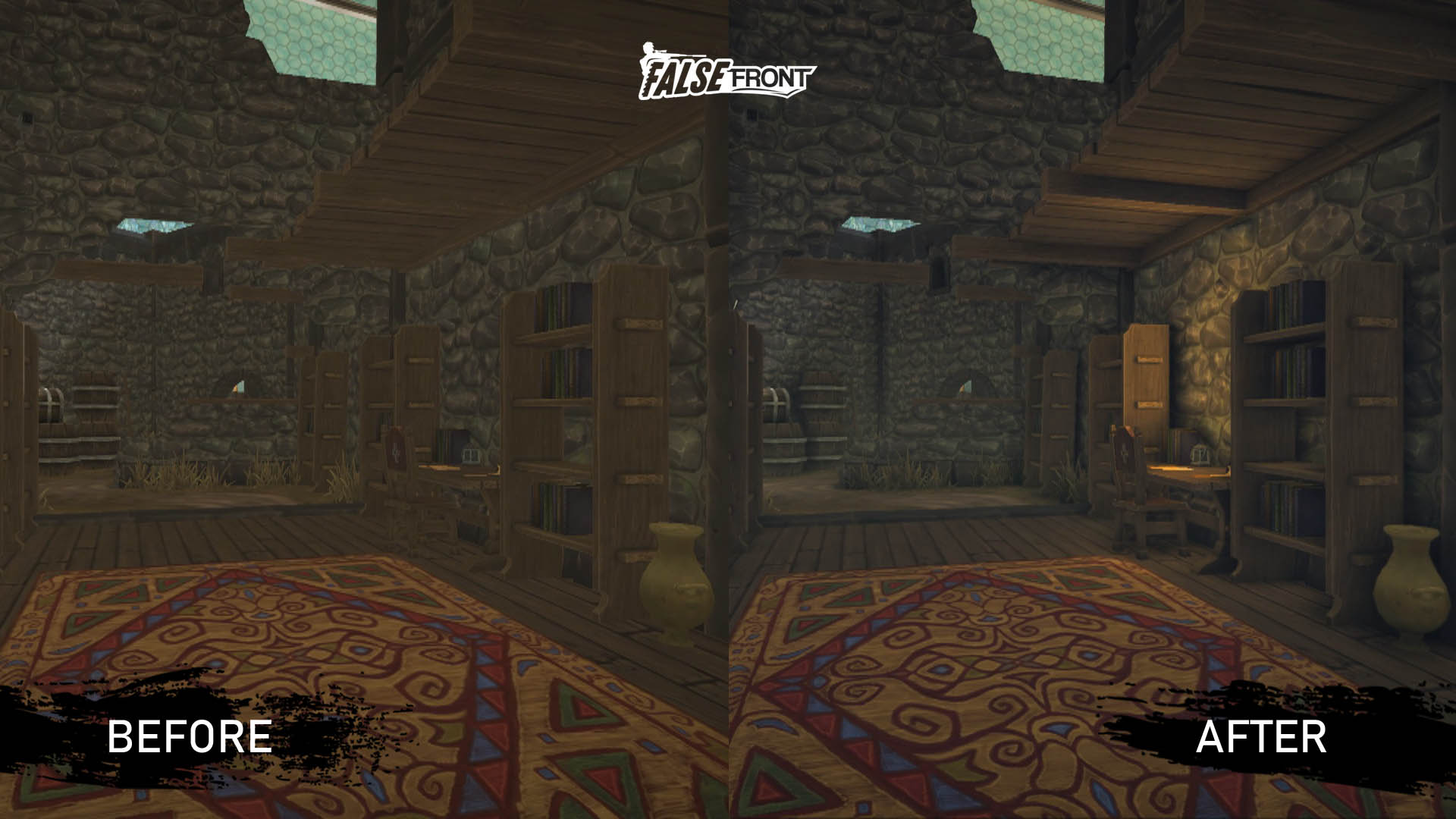 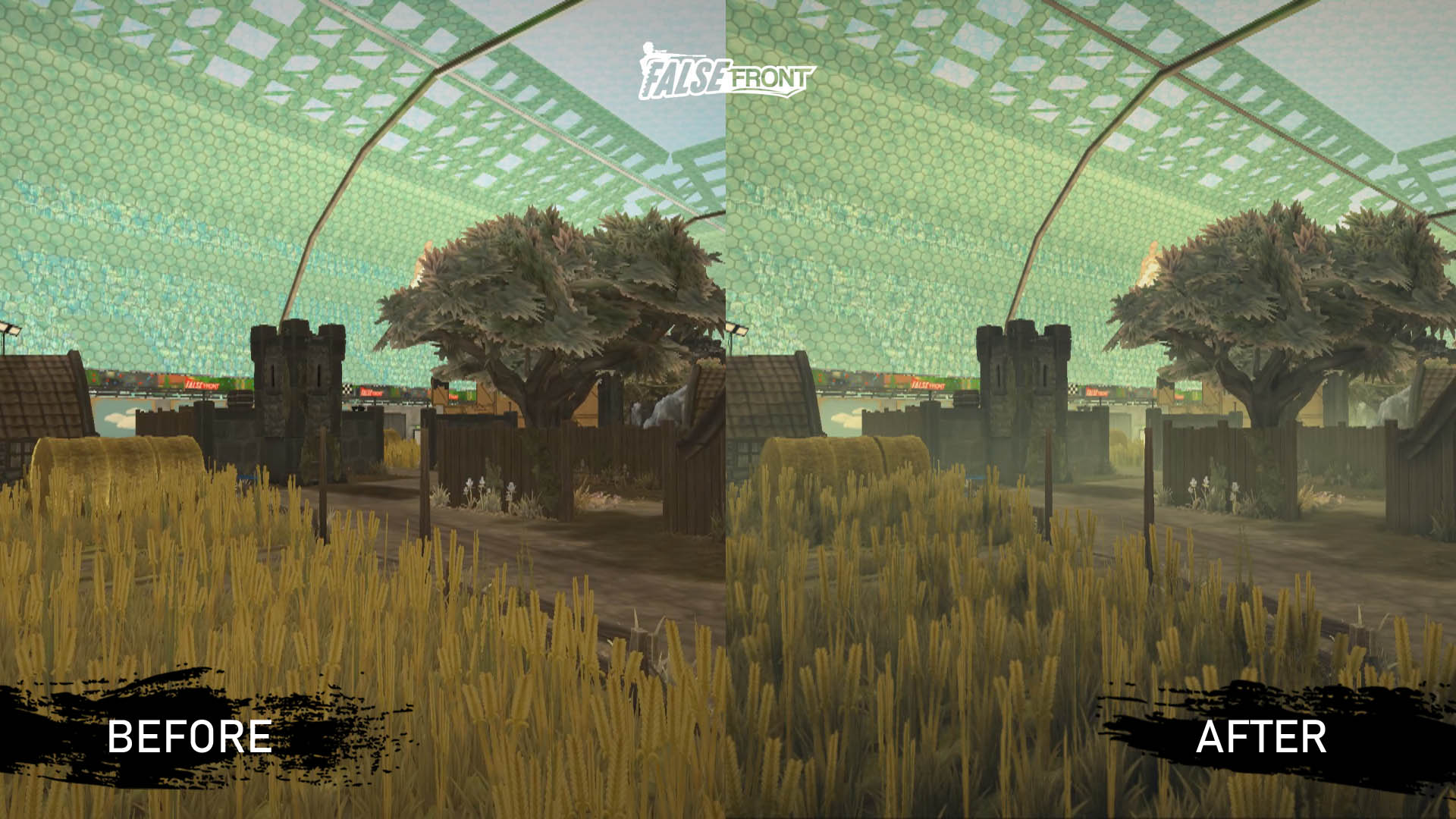 Next devlog will be released in about 2 weeks!

False Front is now available on Steam Early Access for $8.99! We hope to see you in game and here your feedback in the future!

A few images of how we went from concept art to 3d models when creating or in-game characters.

Footage of the making of the multuplayer map "Bunge".

7 Days of False Front #1 - Behind the Scenes

Did you know that the map “Bunge” is based on a real location? It is actually inspired by a medieval museum located on the island “Gotland” in...

I’m am currently using the beta and it says you can only play private matches as of today but doesn’t give me the option to play online, it just says beta closed how I’m I able to play private games?

The BETA is closed at the moment (also private matches). We will open it for test again later.
We will announce when it starts again on discord.

Is it true, or I got all hyped up for nothing? If there is split screen, how many players? Is it playable online? So many questions!

You will be able to play online with 2 player split-screen, this requires at least one controller though.

and offline split screen? Also up to 2 players?

Anyway, you should put screenshots and info on split screen to the store page. For some folks it might be the most important feature since there isn't a lot of shooters to play together on single PC these days.

Any ETA on release? I'm really looking forward to your game now, gotta wishlist and follow on steam :3

Yeah, splitscreen will be available offline aswell, and the there are bots. Our release target at the moment is september, but it could be earlier or later.

I can't believe how far this game and company has come! Keep up the good work!