The old world is gone. The Earth decided to get rid of humanity that have poisoned it for thousand years. Earthquakes, tsunamis, volcano erupts and following technological catastrophes - results of the first wave. The most of cities are in ruins, and people search the way to prevent future catastrophes and save the ashes of civilization. But the nature has its own plans. The second wave started in Ukraine, and so did the story of Rose, the girl that almost forgot what the old world used to be like. You get the motorcycle and now you're trying to outrun the death. Riding the ruined world, you should choose: save or be saved, live or survive, kill or be killed. Press the gas and find a way to survive.

State of the Project 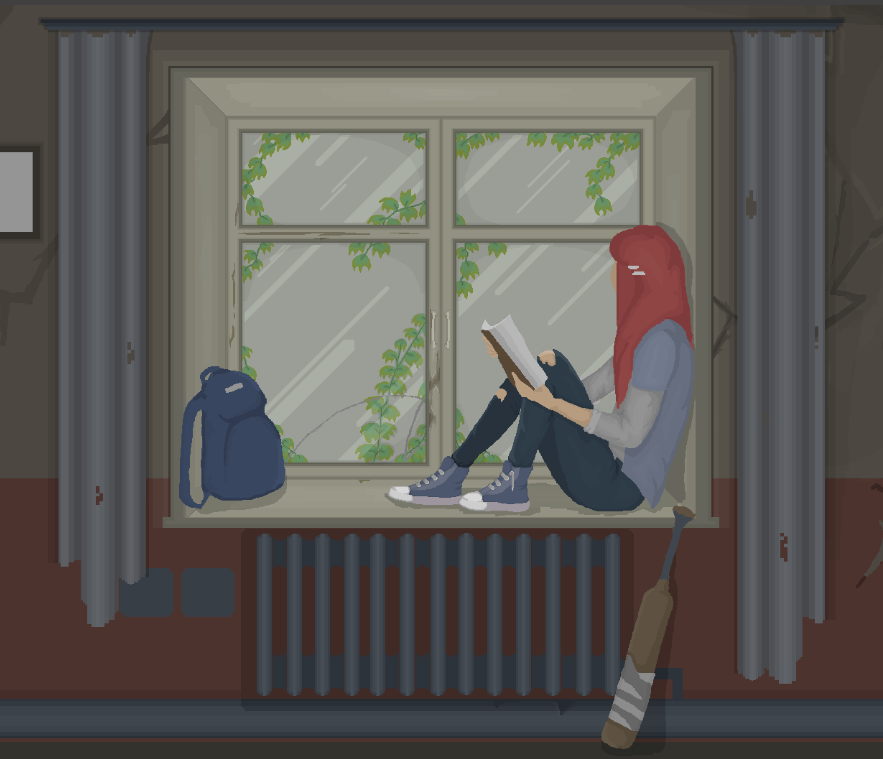 Many of you have been waiting for the Early Access release of this game today as we do. You can not even imagine how we can't wait to show you the results of months of work, all for the sake of the final product proper quality, even if it comes only in Early Access. In our team philosophy, there are several important principles, and one of them is hitting the highest possible quality of the game content and providing unique experiences to the players, at any cost. And we sincerely hope that in the nearest future you will be able to see this and will strictly judge the Early Access version in your Steam Reviews.

Nobody wants to play in games with bugs, crashes, and other problems. For some reason, in modern realities, it became normal to release unpolished projects, and justify it just with "early access". We do not think so, and the Demo version proved it. Now Demo is ultimately an independent finished product, released for you and you've enjoyed it.

We hope that people will understand us. We are not gods. We are just 2 people who want to create something truly unique and interesting. The project has grown in scale and quality, now it contains unique things, for example, an inventory system with gravity, which we personally have not seen in any other game. There is a discussion of this concept on Reddit, and the user reviews pleasantly surprise us: Our New Backpack System Showcase.

Since the release will soon take place, here is a short list of answers to frequently asked questions:

Will the game be released on PS Vita, Nintendo Switch and mobile platforms?

LexPest wrote: We seriously consider the possibility of releasing the game on these platforms, but we can not give any concrete dates or promises. All depends first of all on the project success on Steam platform and your feedback.

What is included in the first version of Early Access? How much time the full walkthrough takes?

EugeneGHS wrote: Note that the first original release of Early Access version of the game includes only several playable levels and lacks the biggest part of the intended content. We plan to release big updates periodically. That updates will include new levels, characters, items, and will extend gameplay possibilities. At the same time, with our save system your progress will not be lost with a new update, you will be able to continue playing exactly where you left off in the previous "episode".

The first version contains about one hour of gameplay.

So, what is the genre of this game?

EugeneGHS wrote: We think this game is an interactive quest with the action elements. This is primarily a game telling the story, and only in the last place, this is a 2D shooter about zombies.

Can I use my non-Xbox 360 / One compatible controller?

LexPest wrote: The answer is yes, the game should work with absolutely any controllers that have 2 analog sticks and the required number of buttons without any problems. In this case, control tips will be displayed as for the X360 / One gamepad.

Where I can get the latest project news updates?

EugeneGHS wrote: A lot of feedback so far comes from our social networks VK (Russian Only) and Twitter. Also recently we created a page on Reddit.

Today we would like to talk about the early launch of early access for Failed State. We have come a long way and hope that it was not in vain.

Today we present new the latest demo version of Failed State which contains extended gameplay. This is the last demo we’ve been planning to release...

Recently we've released a patch for Demo version of the game on Steam. You can download it on product official Steam Page.

The biggest indie gaming stories for the week of April 6 2018.

The Testament of Sherlock Holmes Adventure