EL is a technical simulation, not a character based simulator, so you are not limited by pre-selected character roles, skills, or attributes. Your decisions and actions define your role in the game and establish your reputations, wealth, progress, and ranking. The emphasis is on real-time tactical gameplay strategy for both combat and non-combat objectives. You are in control of your ship virtually all of the time in open space, including player controlled combat and planetary descents.

Your ability to successfully pilot around or through dangerous objects in space, develop trade strategies, evade detection, harvest resources, efficiently explore for hidden benefits, and transport people and items can be just as important as your skill in combat. The game also rewards players who devise their own gameplay strategies and 'think outside the box'. With diverse optional objectives and many paths to choose from, EL offers an amazing level of freeform gameplay.

Everything you do in the game takes place in a seamless universe without system 'walls' or 'rooms' that require a jumpgate 'door' to access. There are no required warp gates or trade lanes to restrict your travel and hold you back. You can travel anywhere you want, with or without jump drives and gates, as long as you have the fuel and time to get there. You can descend into planet atmospheres (without loading screens or sudden environment flipping) to land at city trade stations, mine valuable materials, or explore for hidden items. You can escape to nebula clouds for sensor cover or hide in a massive asteroid cave for protection.

Design your ship for the role you want to play and customize the appearance by adjusting the position/scaling of the various parts of your ship. Whether it's combat, exploration, mining, trading, racing, or a variety of other activities, you'll find many ways to play and advance in the game. 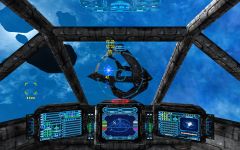 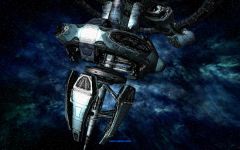 
The update can also be downloaded from the game's website here: Starwraith.com

The updated server program is also available at the game's website here: Starwraith.com

Improved flight and weapon system functionality highlight the improvements in this latest update.

Improvements to jump point navigation and mission specs for contracts are some of the improvements in this latest update.

Mod improvements and options are the focus in the latest update for Evochron Legends.

Improved flight and weapon system functionality highlight the improvements in this latest update.

Improvements to jump point navigation and mission specs for contracts are some of the improvements in this latest update.

The demo has a 60 minute time limit, if I remember right. I suggest people check out its sequel though, Evochron Mercenary,

im not paying for something that i couldnt find commercialy through a store... thats why its indie and not commercial, you wanna make money off an indie game then put it in a store and re-categorize it to be a commercial game.

whats diffrent about the demo?
if its just a lack of online then i'll be ok

you guys should put this on steam because you guys would get more advertisement and steam likes indie devs they do alot of specials and it shows up on everyones screen you can put the demo out there and it is easy to do. and you can do like free play weekends so people can play it for a day to see your game so they can buy it.
well that was my 2 cents i had to trow in goood job on the game

I have a problem here. I installed the newest demo, but when I try to launch or do the training I get an error message that crashes to desktop and says "Runtime Error: ERROR 10." Please help.

PUT THIS ON STEAM!

God I love all the comments about not being able to pay for this, however, I love this game way to much not to pay for it. So when my paypal finally gets all cleared and setup, this'll be my first purchase ^^

Quick question however, is the MP like Freelancer? Because if so, you might've just gotten 3 purchases out of me, instead of the single one.