Elements of Ice and Fire

Story
Since generations the citizens of the small town "Eastmill" had a secret to protect. Magic abilities had been passed from generation to generation.But only a few chosen one were able to master the abilities some consider to be unnatural.

Each one had to make a choice between the two elements of ice and fire. No one has ever been able to control the combined power.Until one day a threat arises which seems to bring doom to the entire kingdom and can only be stopped by the power of the two elements...

About the Game
"Elements of Ice and Fire" is a multi-platform Action-RPG which will be avaible on PC, Mac, iOS and Android in 2014. A checkpoint system will make it possible to synchronize your savegames across different platforms.

You will be able to play on PC at home, save the game and continue to play on the couch on your iOS or Android tablet.The different platforms will have different control-schemes. PC and Mac will feature Diablo-like controls, touch-enabled devices will feature fully gesture-based controls.

Norgrim, the Dwarf - Character in "Elements Of Ice And Fire"

Norgrim, the Dwarf will be one of the four available characters in "Elements Of Ice And Fire" which the player can choose to play.

He is a strong guy, but a little bit slow. So his attacks will do a lot of damage, but he can't attack very fast.

You can read about the background story of Norgrim in the image below (click for bigger version): 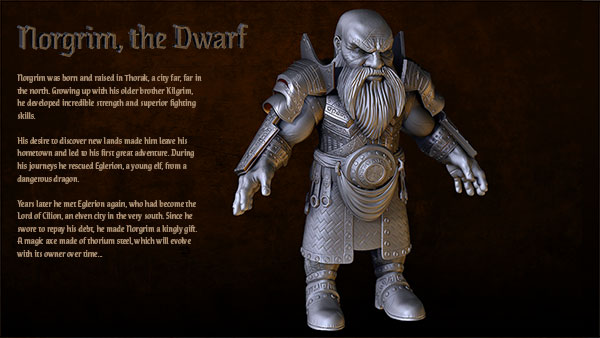 Furthermore we released some new screenshots showing a little winter setting at night. 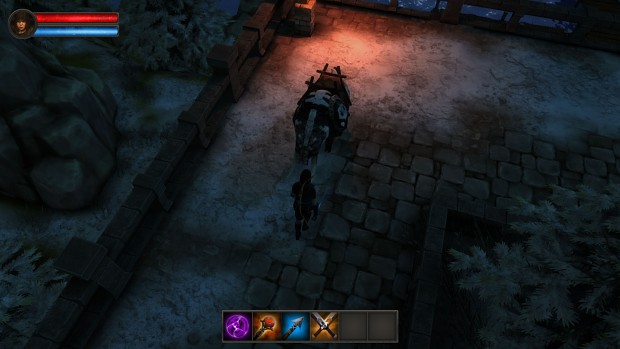 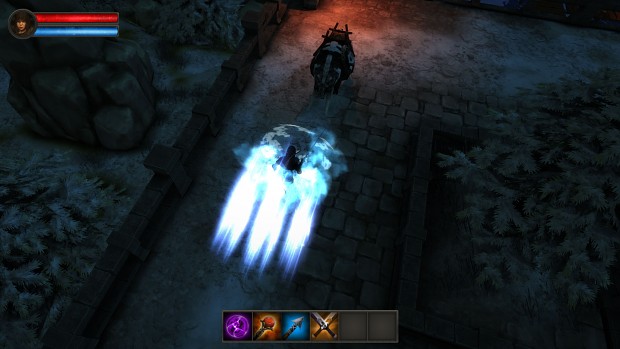 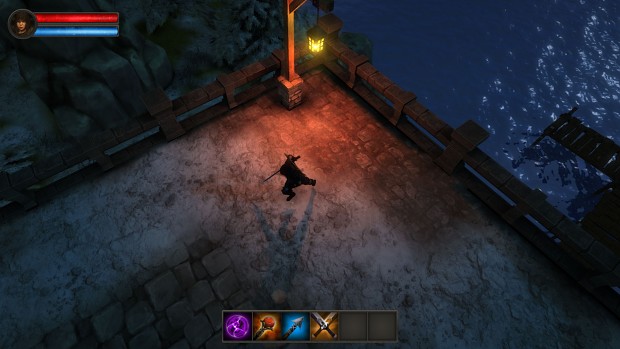 What do you think about Norgrim? Let us know!

We released some new screenshots today - be sure to check them out! Besides that we share a bit of information about the spell system in this article.

"Elements Of Ice And Fire" on Steam Greenlight

Today we got our Steam Greenlight page up and running. We would really appreciate if you would head over there and leave us a comment or a vote.

Today we are releasing some new screenshots which show some combat.

Today we released the Announcement-Trailer for "Elements Of Ice And Fire" - check it out and tell us what you think!

You can find the turntable video of him here: Youtube.com

Hello, I really enjoy the looks of this game. When do you think it may be out, I'd really love to review it for my YouTube channel :)

We don't have a fixed release date yet. Next step will be our kickstarter campaign. With that we will set an estimated release date. I can tell you this much that it will be released in 2014, most likely in Q1 or Q2 ;)

Awesome, Looking forward to it.

waz up! tracking this you got a new fan!

Indie
Tags
Embed Buttons
Link to Elements of Ice and Fire by selecting a button and using the embed code provided more...