Edengrad is a post-apo reality simulator. In it, the player becomes a descendant of people who survived Earth's destruction. The game's main goal is to survive. Edengrad has been in production since 2012.

Edengrad is a survival MMORPG game rooted in post-apo culture and drawing on the best features of such classics as Fallout or Mad Max.

Your everyday responsibilities will include collecting firewood, building shelters, hunting small game1, and hydrating your body. This stage concludes when you find your fellow travelers and together form an organization.

As the saying goes: “the more the merrier” - so players will be able to create a micro-community within which they will enjoy more benefits than solitary players. For example, they may establish a settlement - serving as a base camp, a trade center, or a fortification for a strategic object on the map.

The game takes place in a world contaminated after many years of global wars. Only a small fraction of society managed to survived the turmoil, but due to heavy pollution they have to face a difficult dilemma: either to emigrate to another planet in search of a better tomorrow, or to stay on Earth and live in huge underground vaults.

After many years, the government came up with a plan whose aim was to regenerate the environment on Earth's surface by using a special type of machines known as “Hydra”-class nature generator. Although the plan succeeded only partially, it nevertheless facilitated re-settling of significant areas on Earth.

In the game, you control a character who is a great-grandchild of the first residents of one of the vaults, and who, as a mercenary, receives a number of missions to accomplish on the surface of the recently regenerated planet.

The first stages of the game require the player merely to survive, build a shelter, hunt some animals, and find fellow travelers. Only later will they be able to erect their own houses or even entire villages, as well as interact with other players from around the world.

The player has at his or her disposal a variety of developable skills, such as carpentry, woodcutting, engineering, farming and the like. The player may engage in trade or the import of otherwise unavailable goods from one region to another. Fighting will be a substantial, but not a crucial element of the game-play.

A list of skill diagrams, each containing several other skills available to be unlocked:

Edengrad is distinguished by a multitude of options. We want to let the player decide on how to proceed. Those fond of exploration may rummage through the ruins of old cities, while those who prefer fighting may come across hordes of enemies to kill; fans of good storytelling may immerse themselves in the game's plot, and those inclined to construct may devote virtually all their time to creating cities.

Naturally, if you want, you may play and do all of those things.

The game gives you considerable freedom in personalizing your character. You may choose from among an assortment of face features, like noses, lips, or ears, but also from among types of hair and beards, as well as clothing. As for the latter, you can either find clothes or craft them. Every player will be able to handpick separate pieces of clothing, which will make each character look unique.

Since the world of Edengrad is set after 2044, it contains materials unknown to us yet at present.

The game will also introduce a huge number of enemies - from harmless herbivorous animals, to dangerous predators, to really challenging mutants.

We have been working on animation and implementation of new enemies – Spider Hunter and Mosquito. Those are monsters that you will encounter at the early stage of the game and they don’t require for you to be experienced mercenary. 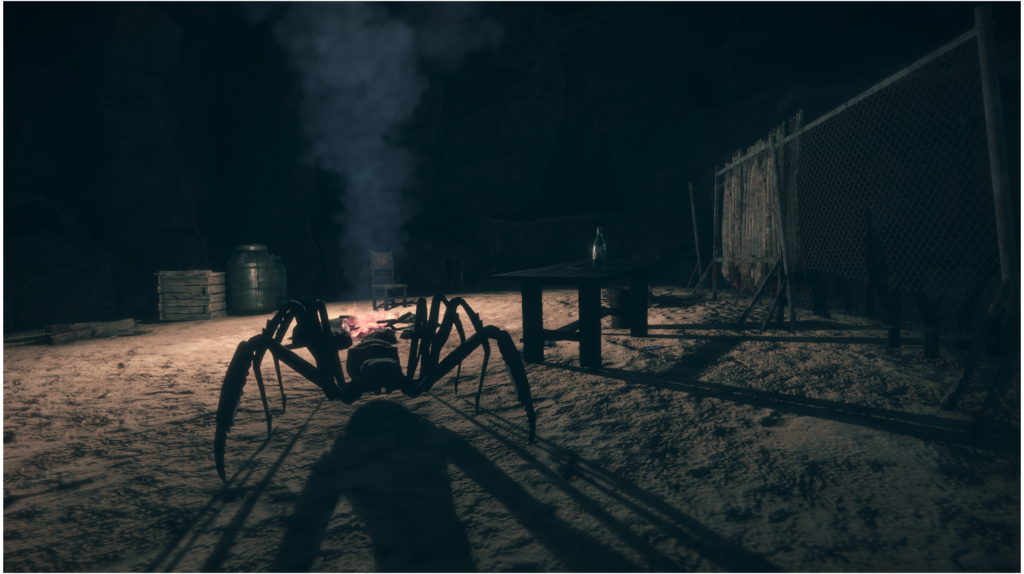 Dialogues with many NPCs simultaneously, which we already mentioned, have been developed even further. Now we’re adding this functionality to some older quests and I have to tell you that it makes them look a lot more dynamic, marvelous – you could say.

We wrote and introduced several dozens of new quests, part of which refers to the main storyline. We have also prepared a new location for quests – sewers below a town. Of course, we don’t want to show that map yet and won’t reveal too much information, so that we can avoid spoilers. 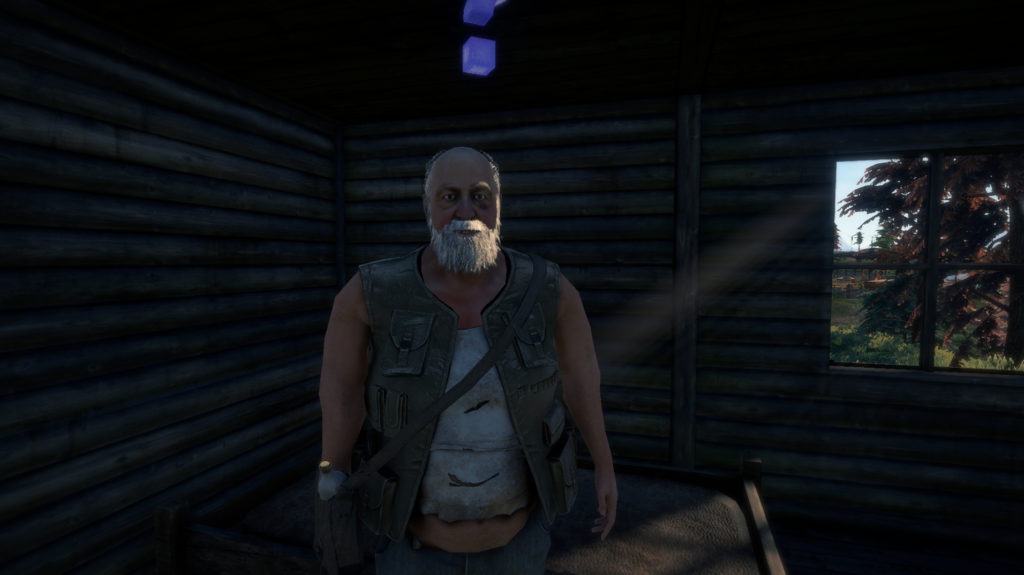 In the previous update, we wrote about significant changes in graphics that influenced Edengrad. We continue the polishing of graphics – smooth camera shifts, light effects, and several additional graphical effects that create the proper atmosphere for a particular surrounding. We still work on rendering settings. Below, we present you several screenshots to compare those changes. 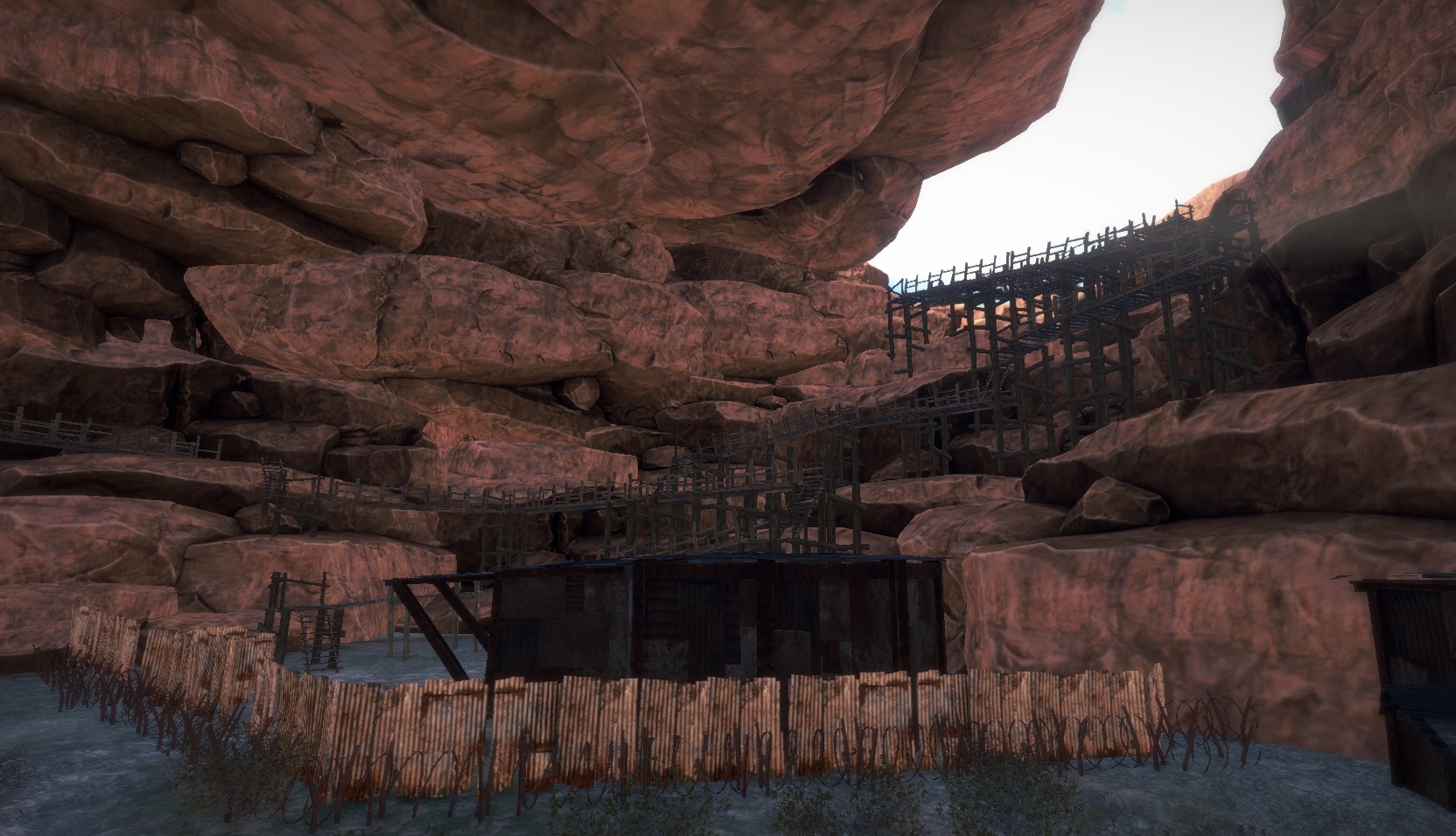 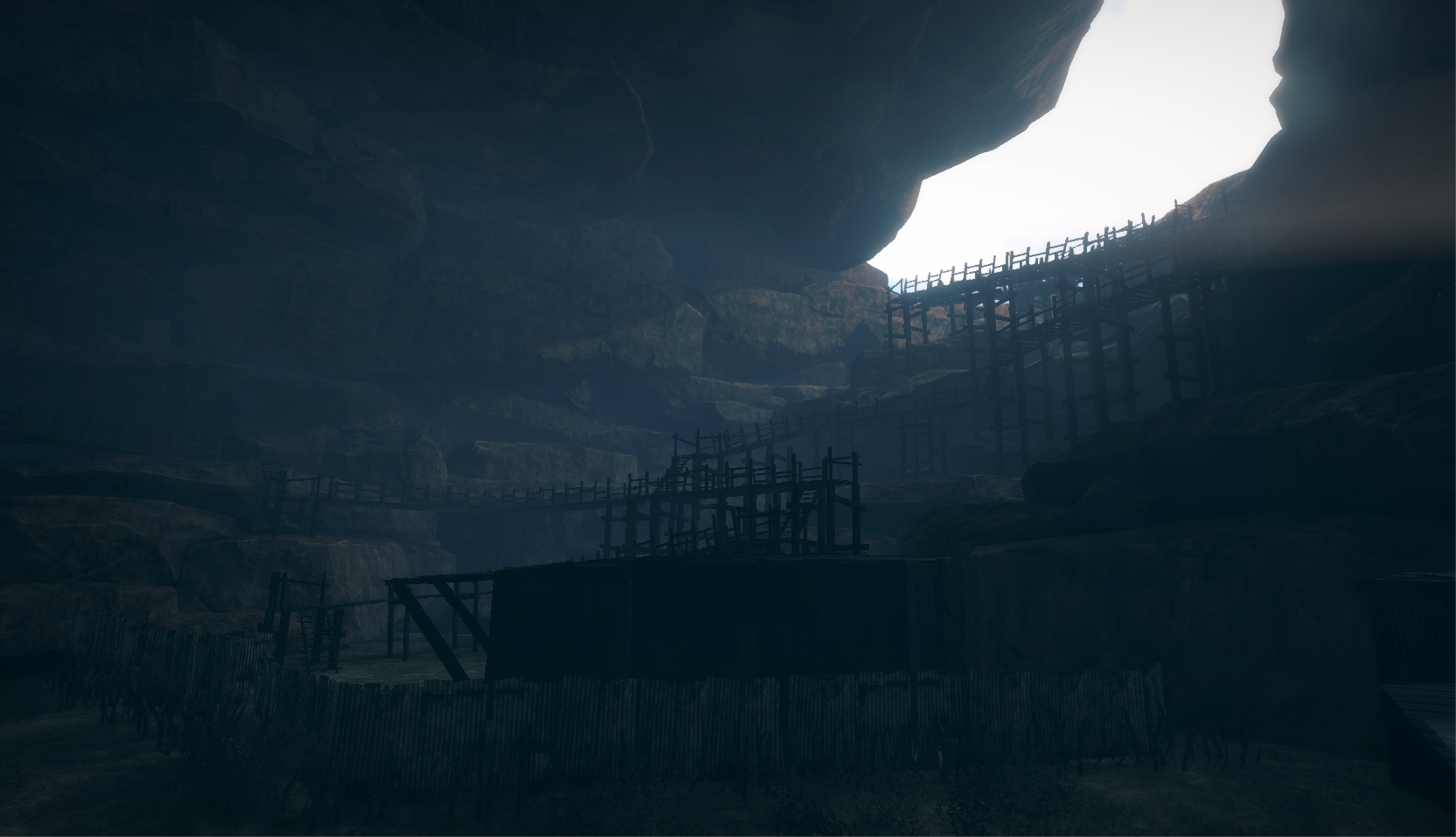 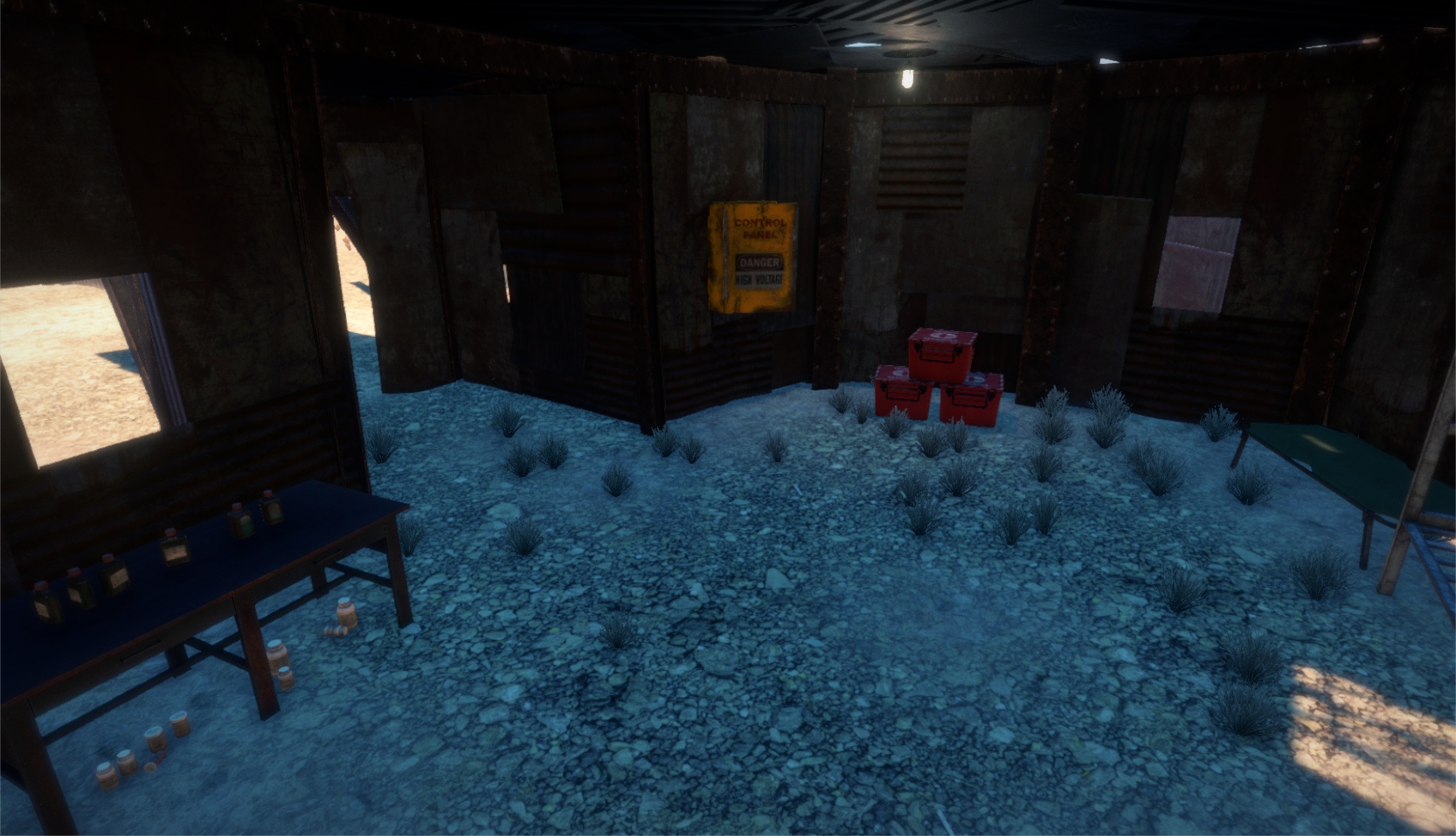 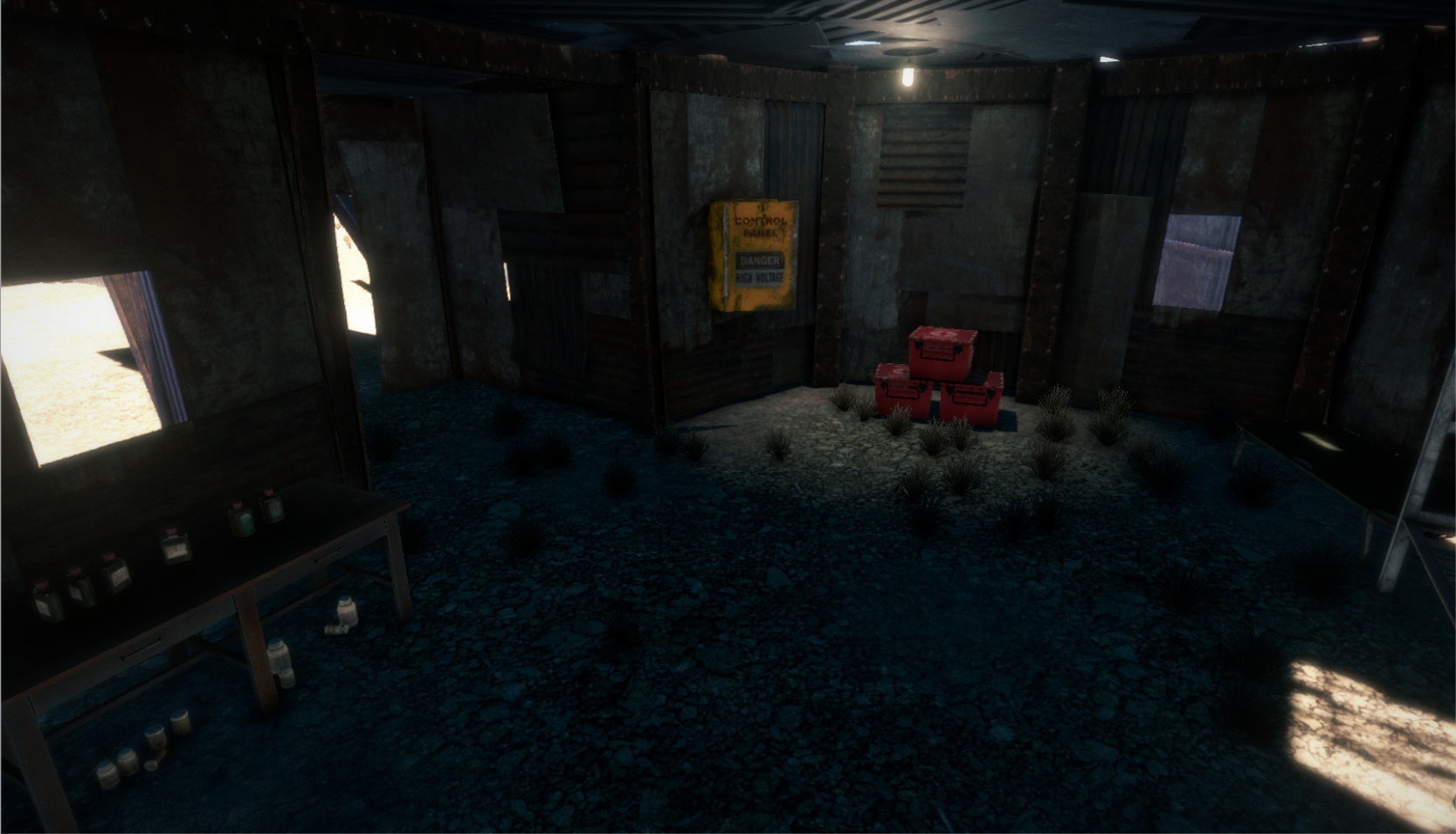 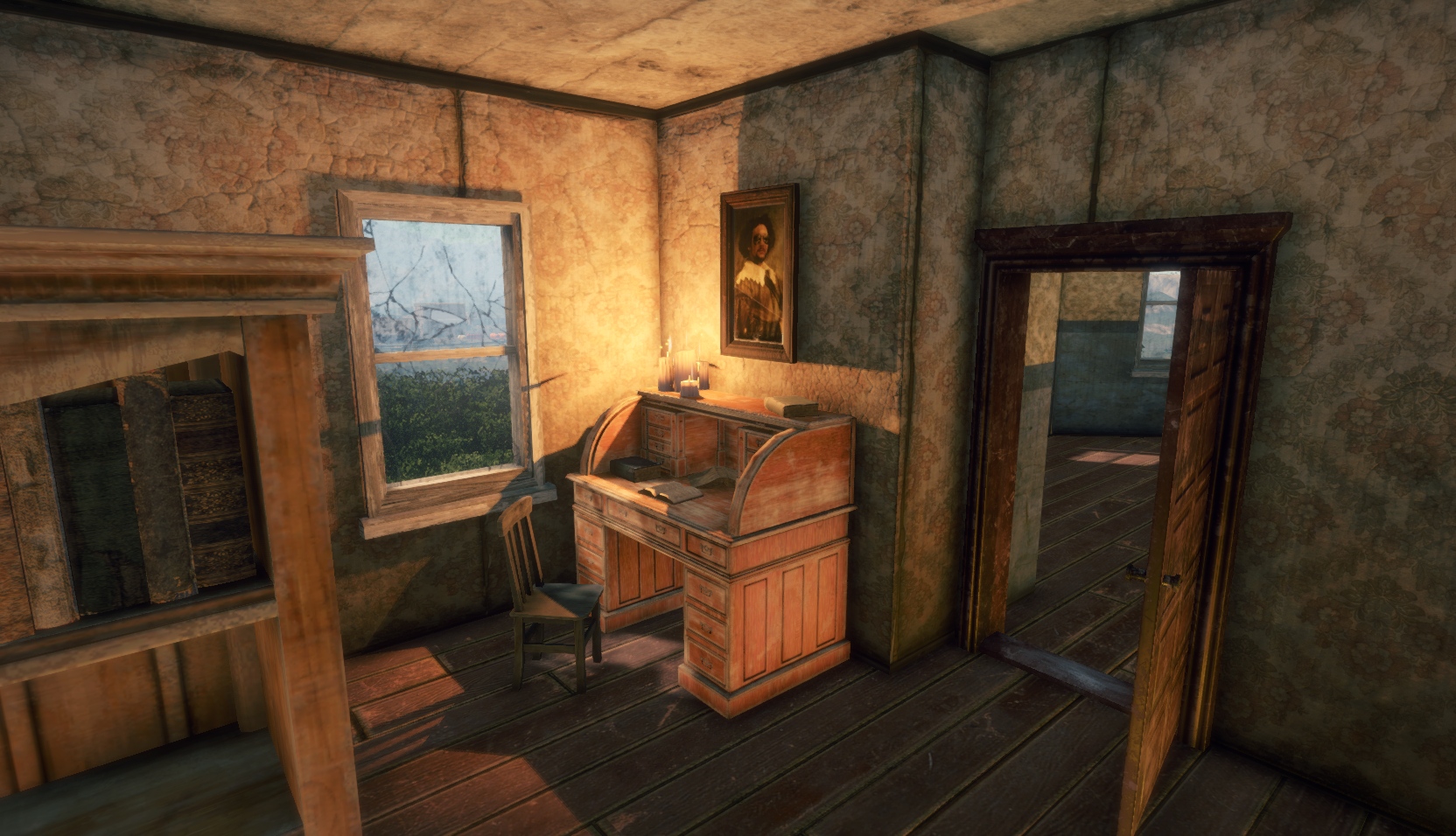 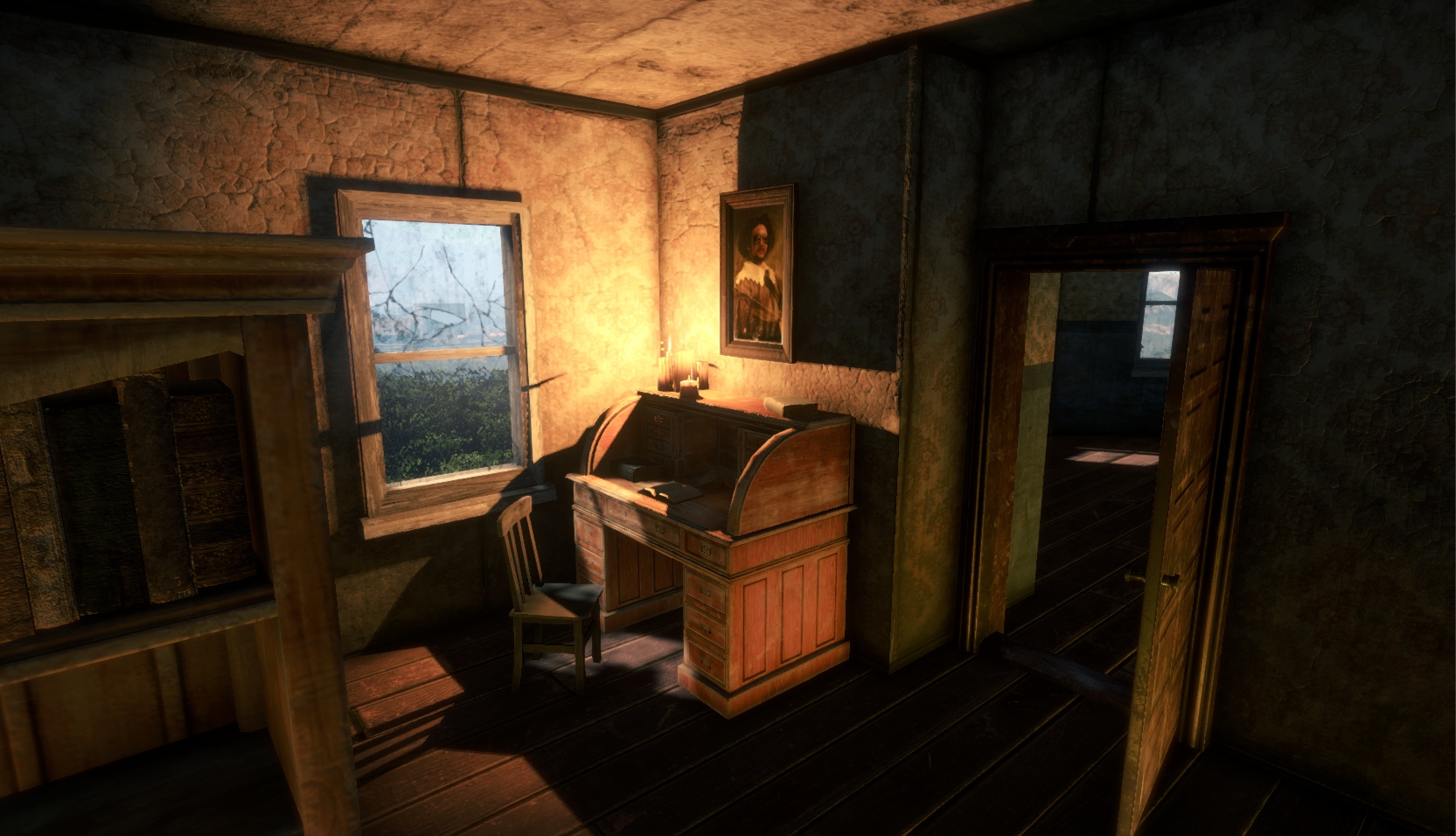 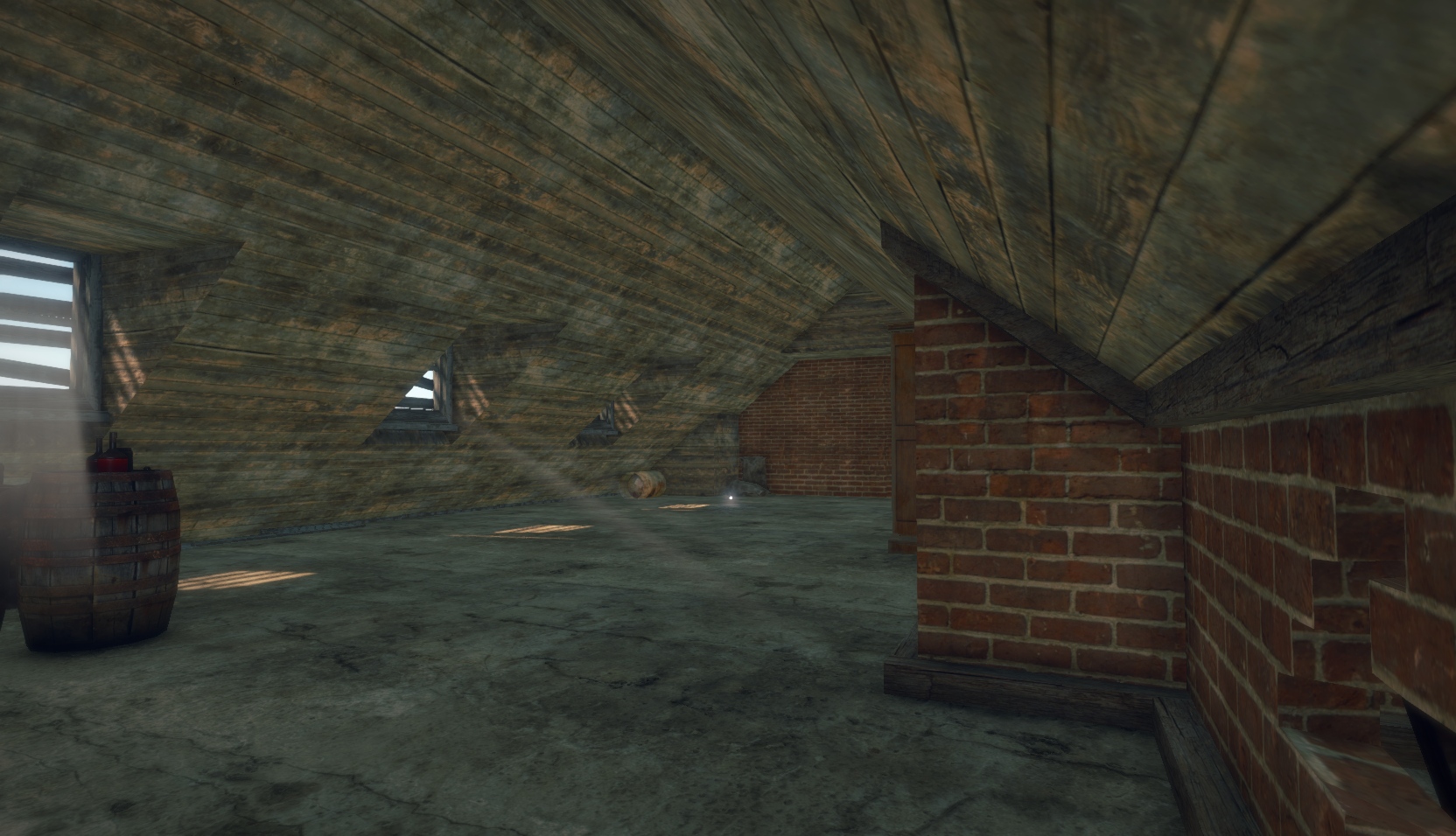 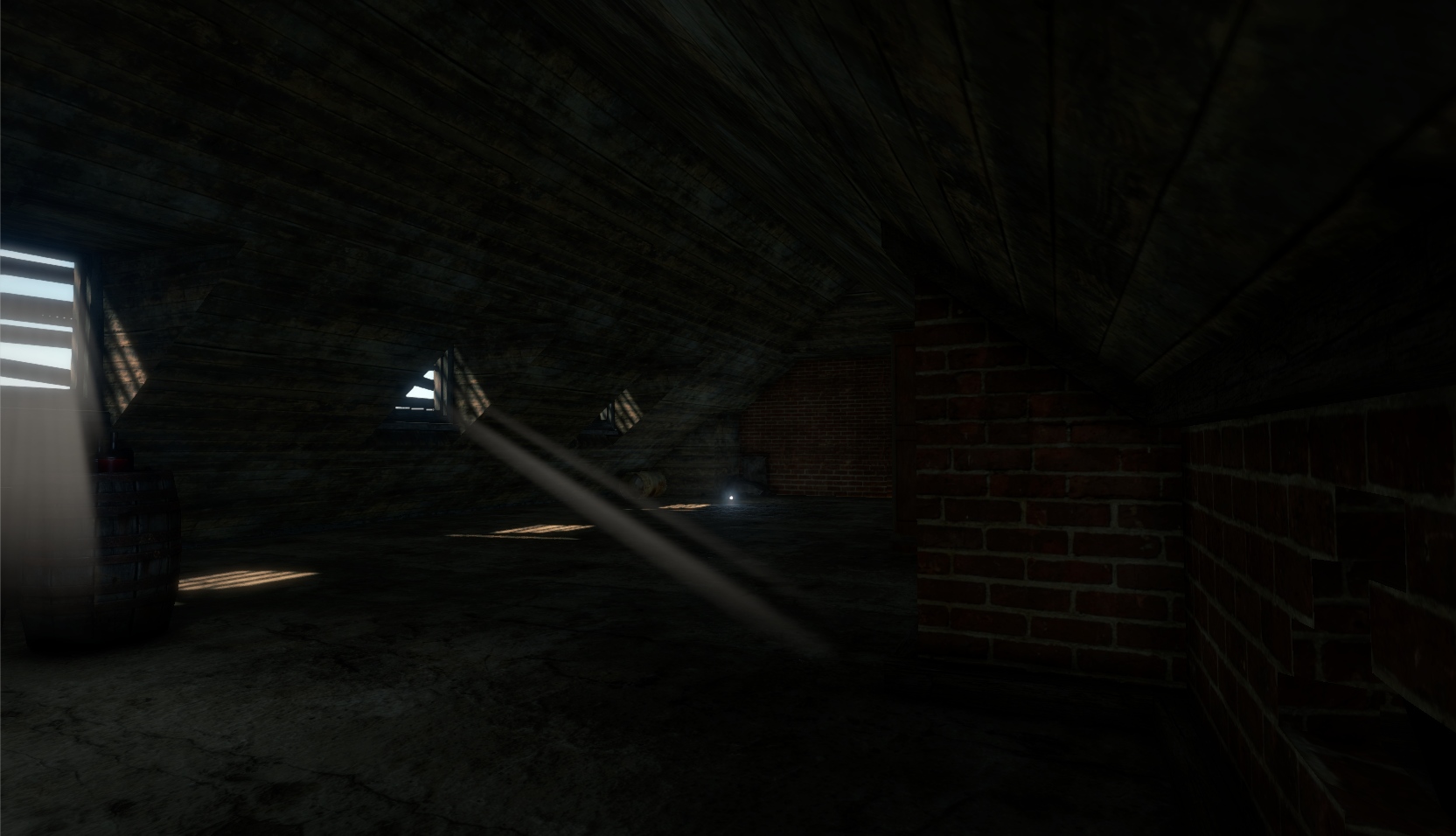 The movement of our characters has been improved. From now on, he or she will slide down from slopes, while their speed will depend on the inclination of the surface. We have also added new animations, including the animation for falling down from a great height.

We already described land mines that are a great method to defend a settlement during war. Now we have started developing methods to wreak havoc. We have introduced the first war machine – a turret that will be capable of destroying defensive walls and buildings. In order to control it efficiently, two players will be required – one has to load shells and steer the barrel of the turret, while the second player takes care of shooting. 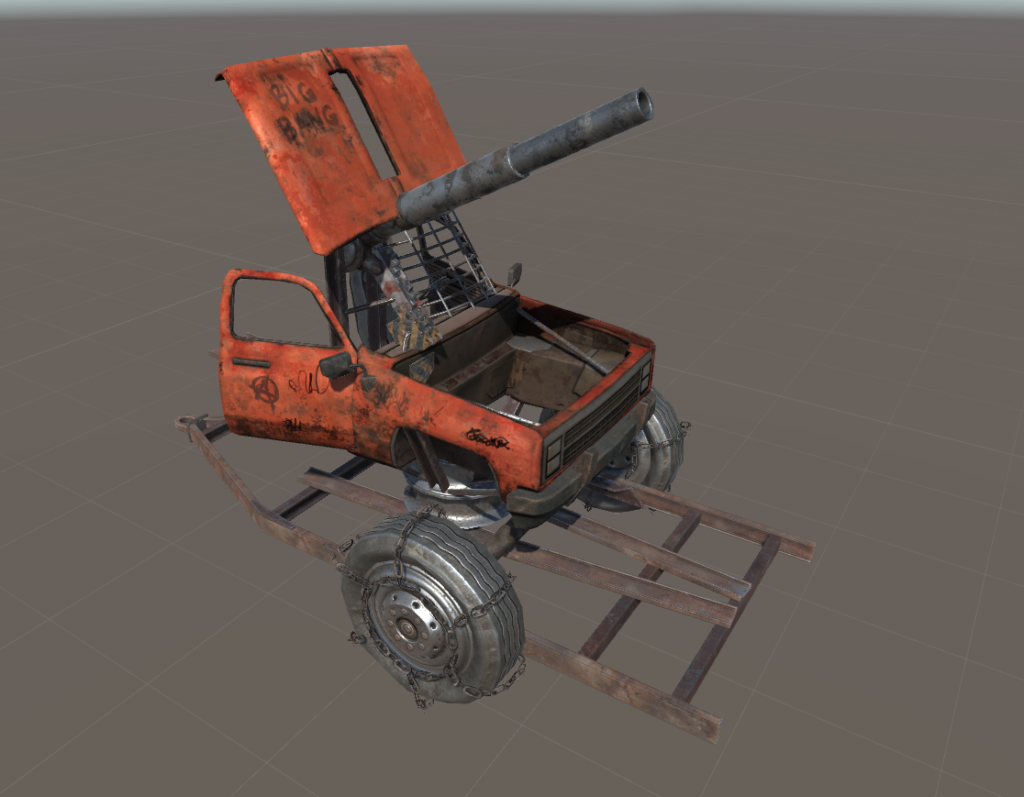 We have expanded the number of available recipes and skills. The latter have also gone a long way of balance changes; the skill tree finally looks decently. The idea is that at the early stage of the game, it is recommended to focus on developing selected branches of the skill tree. That encourages cooperation and trade between players with different specialties. We don’t block, however, the number of developed skills. After spending lots of hours developing the character, you will be able to unlock all the skills. 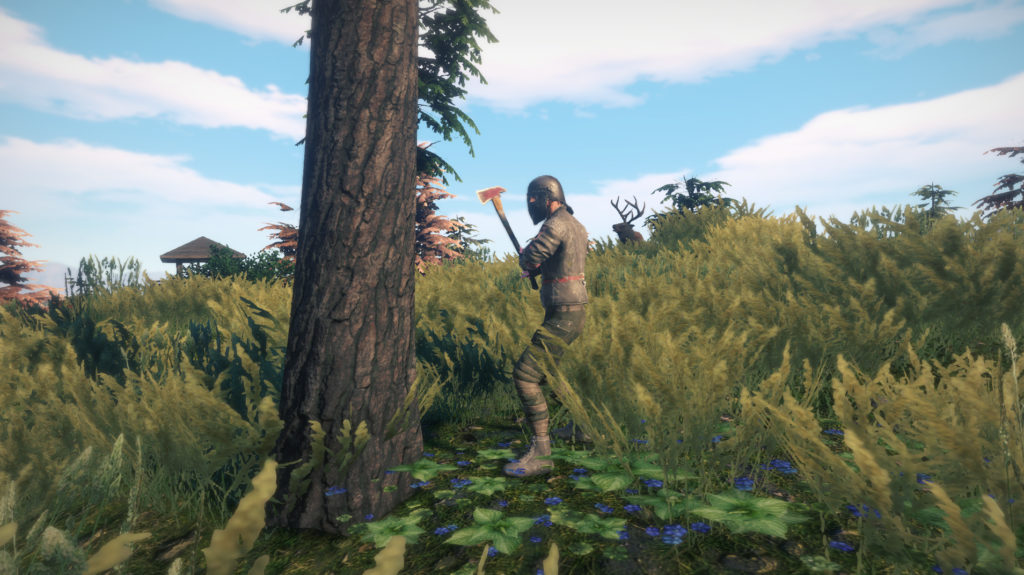 Currently, you may track our progress on our facebook group and fanpage.

Here is some news from our private battleground. We are gaining momentum. Apart from some technical issues that we, naturally, won’t mention and polishing...

Hi! We have a fresh portion of updates for you. Without further ado – enjoy reading!

Hi! As we announced some time ago, we want to present you a new list of changes in Edengrad. We now feel the time pressure, because there are several...

Hi! About two weeks ago, we successfully finished our campaign on Kickstarter. Since that time, we have made a number of changes that draw us near the...

Fantastic game, I want to play this game! ;)

Great idea ! I can't wait to play this game

this game is worth to try!

Woooooooow :D games of my dream